After we released yesterdays update including several FAQs for Antinomy, we received many emails within a few hours asking if Antinomy has some kind of VR support. Well, this was kinda a surprise, as we assumed that it is common knowledge that all Unreal 4 games in 3D have at least theoretically a basic VR support, if enabled.

However, there are certain guidelines how to make a PLEASANT VR experience, especially regarding motion sickness (framerates, motion blur e.t.c.) and the general level design, as well as the apperance of ingame assets. its literally an own science to create VR games that really work as suc, and as Antinomy has not been developed as a VR game, we became curious.

- support us on Kickstarter! -

So, instead of spending the sunday morning watching our favorite series, my daughter and I took our old, outdated but still working Oculus Rift DK1 (!), installed the latest drivers, played around in the Unreal project settings untill it was up and running and threw ourselves into the game - expecting the worst. 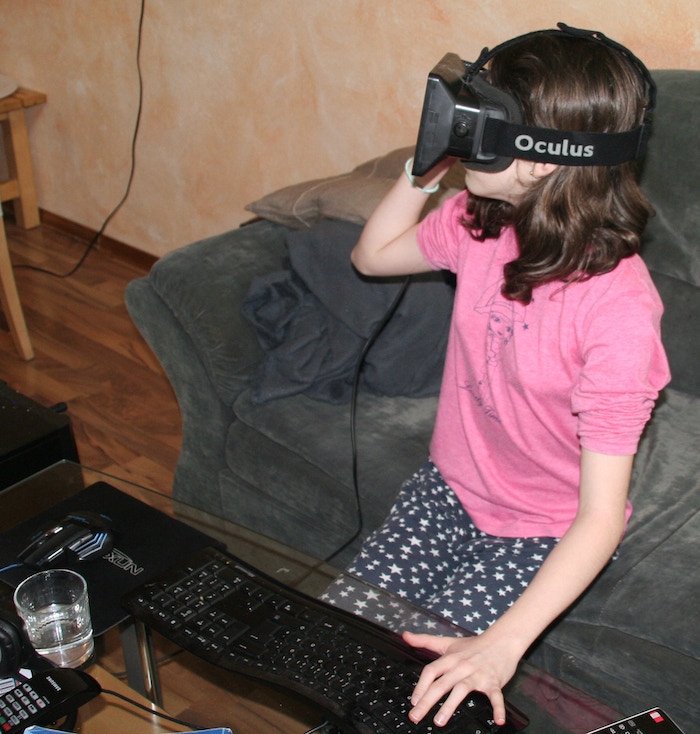 Looking around in the tavern and enjoying the awesomeness of VR: Meet my daughter.

My daughter is not new to game development - if you played Into the Dark, you have most likely even experienced a phone call with her as part of the "Golden Head" puzzle. She also made the voice overs for the spooky children voices there. So it was only logical to give her the first test run! 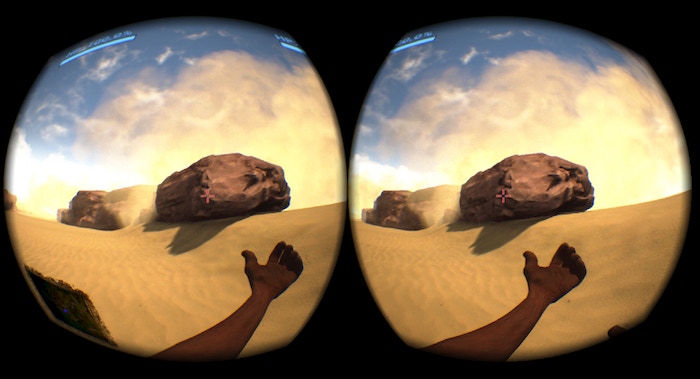 No matter if the plain desert, the interior of the tavern or the caves we had also shown in our Gameplay video, it was an amazing experience. There was no motion sickness at all, even with this outdated piece of first generation Rift, and the feeling of being there was pretty amazing. Standing right in the center of the cave, hearing the water drops in surround sound and then turning your head up to see the stalactites - this is something hard to explain to someone who hasn´t made the experience yet. 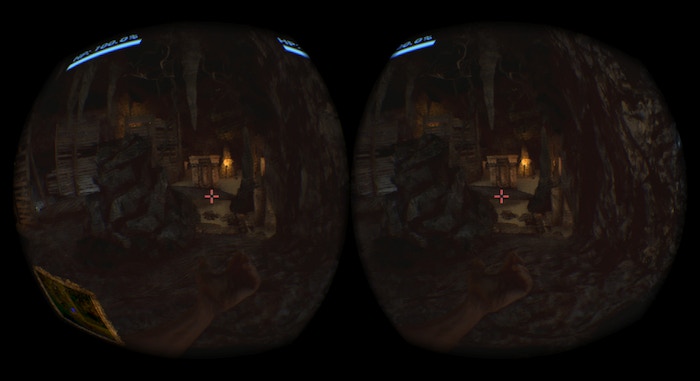 Even after half an hour in VR each, neither my daughter nor I myself experienced motion sickness or the headache I personally had many times during the VR testruns in Into the Dark, which is a pretty good sign. There were no edge situations, the HUD worked properly and it was really fun to play. However, after looking at the pictures my kid took during my VR run, I learned a harsh truth about myself:

I kinda look dumb when wearing a rift and exploring the environment: 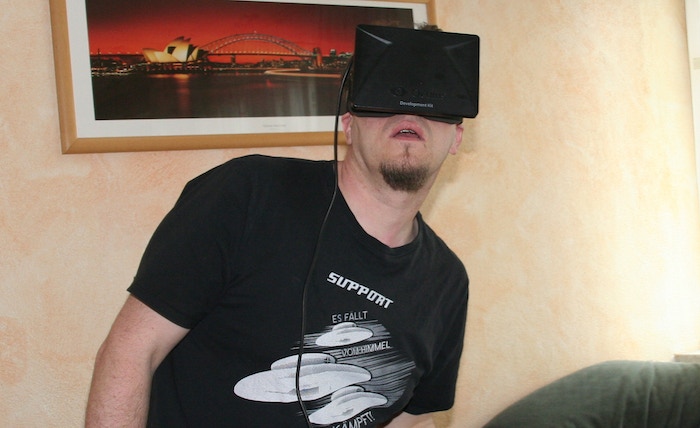 One experience really caught my attention: When I got caught in the sandstorm, it felt like an actual hazard, a danger for my health, safety and life, I kinda panicked and ran towards the caves, where I hid near the entrance, turned around and looked at at the waves of sand coming in. GOOSEBUMPS! 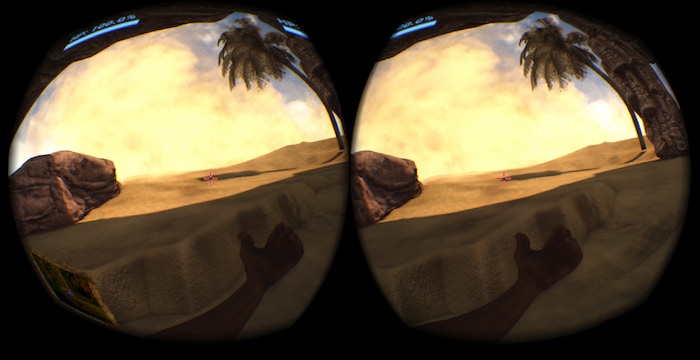 Never felt so "saved" before when playing Antinomy.

So, what´s the lesson from that?

Well, Antinomy still isn´t a VR game per se, and we won´t change our development to make it a dedicated VR game. We have a main vision in mind, which will be executed, and this will be a traditional Open World Action Adventure & RPG with lots of exploration and a dense storyline keeping your pulse running. 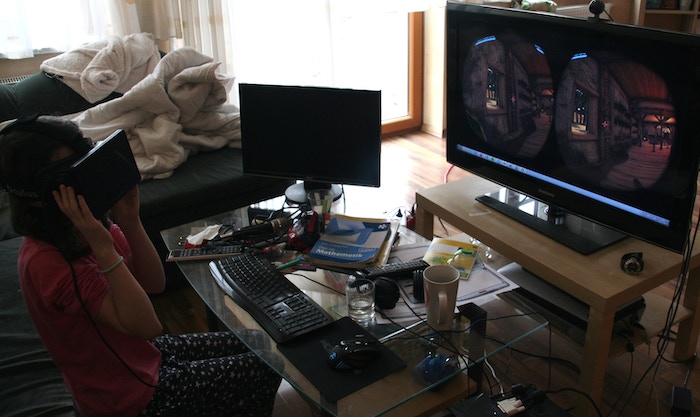 The friendly chaos of the living room testing setup.

However, from time to time we will make testruns in VR again - also on others, more modern systems. And then we will carefully tweak what´s needed to be tweaked, iron out the biggest hindering issues for a smooth VR experience.

So in the end, if you want to use your VR system to explore the most interesting places, you will enjoy it!

Enjoy the rest of this sunday, all the best and thank you for your support!

- support us on Kickstarter! -