In blogpost I describe what's in the latest update of the multiplayer game Olvand.

Since last week, I've been determined to give Olvand as a Christmas present to the next test group, so I worked as hard as I could to get everything in. I finished it on the 24th, and thanks to the quick response of the people behind Desura (who apparently work during the holidays) and volunteer Johnlier I could actually send away the presents on the 25th. Besides the female clothing, which I postponed to the next update, I added everything I described [last post], and even more: 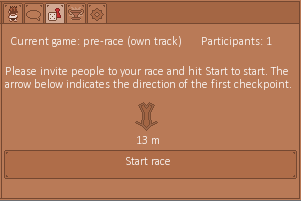 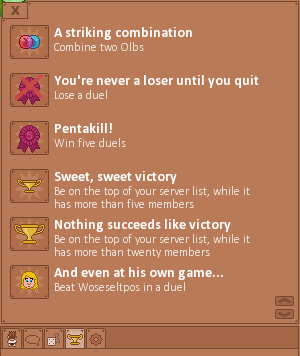 Dear community, thanks a lot for this great year. I'll see you in 2013!

Wow this game looks SPECTACULAR! How do I become a tester/purchase the game!!!

Like Twillypop said (thanks ;) ): see olvand.com! And thanks for your interest!

Well to be a tester got to olvand.com and request an invite. And this is a game thats developing nicely :}