Extinction Protocol is a minimalist take on the strategy genre, where you take control over a construction drone armed only with a transport hook.

We have just launched our Kickstarter campaign (30% funded already)

This is our Announcement trailer:

You'll master the physical controls and explore the wasteland shrouded in clouds for resources. You'll build and defend your shelter against assaults of old war machinery and ultimately push forward to destroy their base.

Inspired by titles such as Kingdom: Classic, Dungeon of the Endless or Darkest Dungeon that pioneered new and streamlined types of experiences, we invite you to push the genre stereotypes together.

Delve into the vast and ever-changing wasteland where laws of nature do not apply.

Examine the ruins of ages long gone. Scan the environment for hidden secrets and tinker with the old radio technology in the search for answers. Listen to countless weird transmissions and follow the dots to find out what forces you're actually against or who you are. 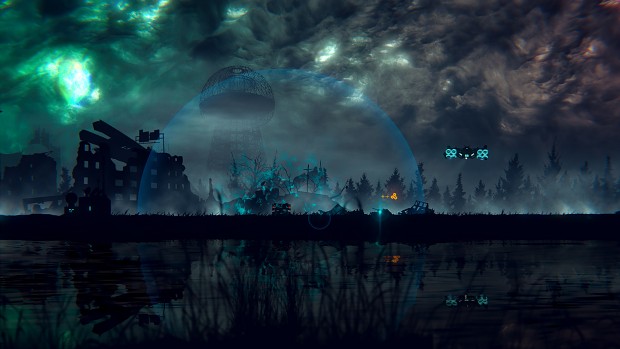 🌌 Creepy Atmosphere with Plenty to Discover

Inspired by the incredible S.T.A.L.K.E.R atmosphere, Romantically Postapocalyptic webcomic and many cult visual styles, we wanted to create an impossible world you not only haven't seen before but one that keeps you on your toes.

Since the game spans across several distinct biomes formed around these huge anomalies that defy laws of nature, each in its unique way, there will be a lot to uncover. As for the radio transmission, we're heavily inspired by the Conet Project, an authentic set of recordings from numerous unknown shortwave radio stations.

And it's not just these weird city ruins that seem melted from inside, somehow frozen between time or unnaturally grown trees that feel more like a single sinister creature watching you from the impenetrable mist.

There are thunderstorms that cause a total blackout for everything but the most shielded circuits. And worst of all, the wasteland is full of hostile war machines whose origin, purpose and capabilities you know nothing about.

Create your base piece by piece from a flexible system of construction blocks.

Find the fragile balance between economy and defense. Scavenge for resources and think twice how to spend them. Acquire new construction blueprints and find your favorite synergies. Master the physics to speed up your construction times and minimize costly errors. 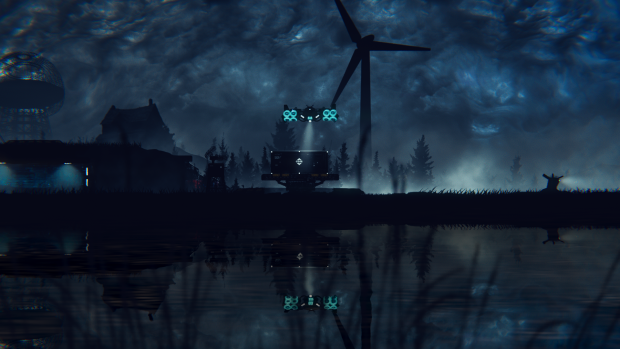 Structures in Extinction Protocol are built using a specific combination of components, that you have to manually carry (and be careful, physics apply and some crates may be fragile) around. Thus, building becomes a more tactical action than usual, as it requires your time and attention.

What's more, since different structures share many of their components, it allows you to deconstruct a nearby generator when you suddenly need to build a laser tower. And vice versa. In general, this solution extends the weight of many otherwise straightforward decisions and lets us create interesting risk-reward strategies.

As for the Resource Management, there is ⚙️ scrap, which you mostly repurpose to build components or restore environmental structures and ⚡ energy that powers them. While recycling wrecks of your enemies sounds fun, it won't be enough to keep up - you'll have to explore, exploit the environment and bring your trusty metal detector. Energy is produced by generators, can be extracted from thunderstorms and excess may be stored or used for power-ups. Beware though, power outage can have disastrous consequences.

Defend against assaults. Make your last stand in a world beyond salvation.

As if the harsh conditions weren't enough, your base gets regularly attacked by all kinds of mechanized enemies. At first, you'll be happy for every day your frontline holds. But as the game goes on, you'll have to counterattack, expand and capture enemy checkpoints. 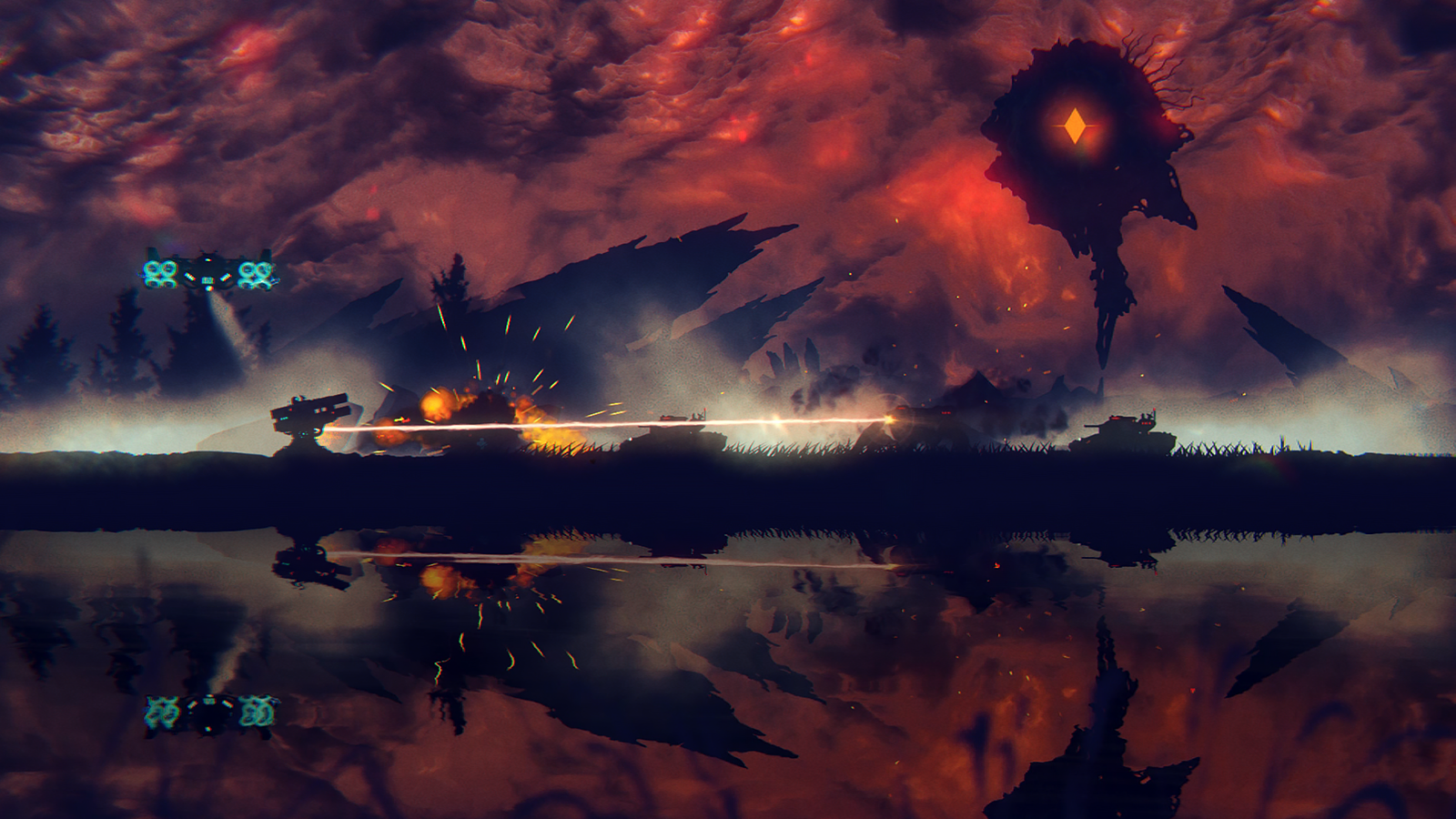 Sure, when a transport hook is your only weapon, attacking is easier said than done; but fear not. The electromagnetic thunderstorms are (kind of) your friend, as they disable almost anything except your drone. This way, you're able to push your frontline and claim space, resources and strategically valuable structures.

While we originally tried randomized modular enemies, we soon found out that specialized units with character and more space for custom behavior are a much better solution. Our aim is for every enemy to be a respectable threat you have to understand, learn its strengths, patterns and weaknesses to deal with it effectively.

Last but not least, we want your drone to indirectly participate in combat if you're willing to take the risks. Not only will you be able to bait enemies, cover for your towers, but you may damage or even rip off weak points of certain enemies with your hook.

You can find more on the Kickstarter page.

We are legally bound to deliver the project if funded and we will deliver on promised platforms.