Details and announcement of this upcoming 2d multiplayer sports brawler

Clothesline Carnage is an upcoming 2d multiplayer sports brawler set for release in 2016. What is a sports brawler? Imagine playing a sport, like Volleyball, where you can run onto the other team's side and beat them up, all while trying to slam the volleyball onto their ground to score points. 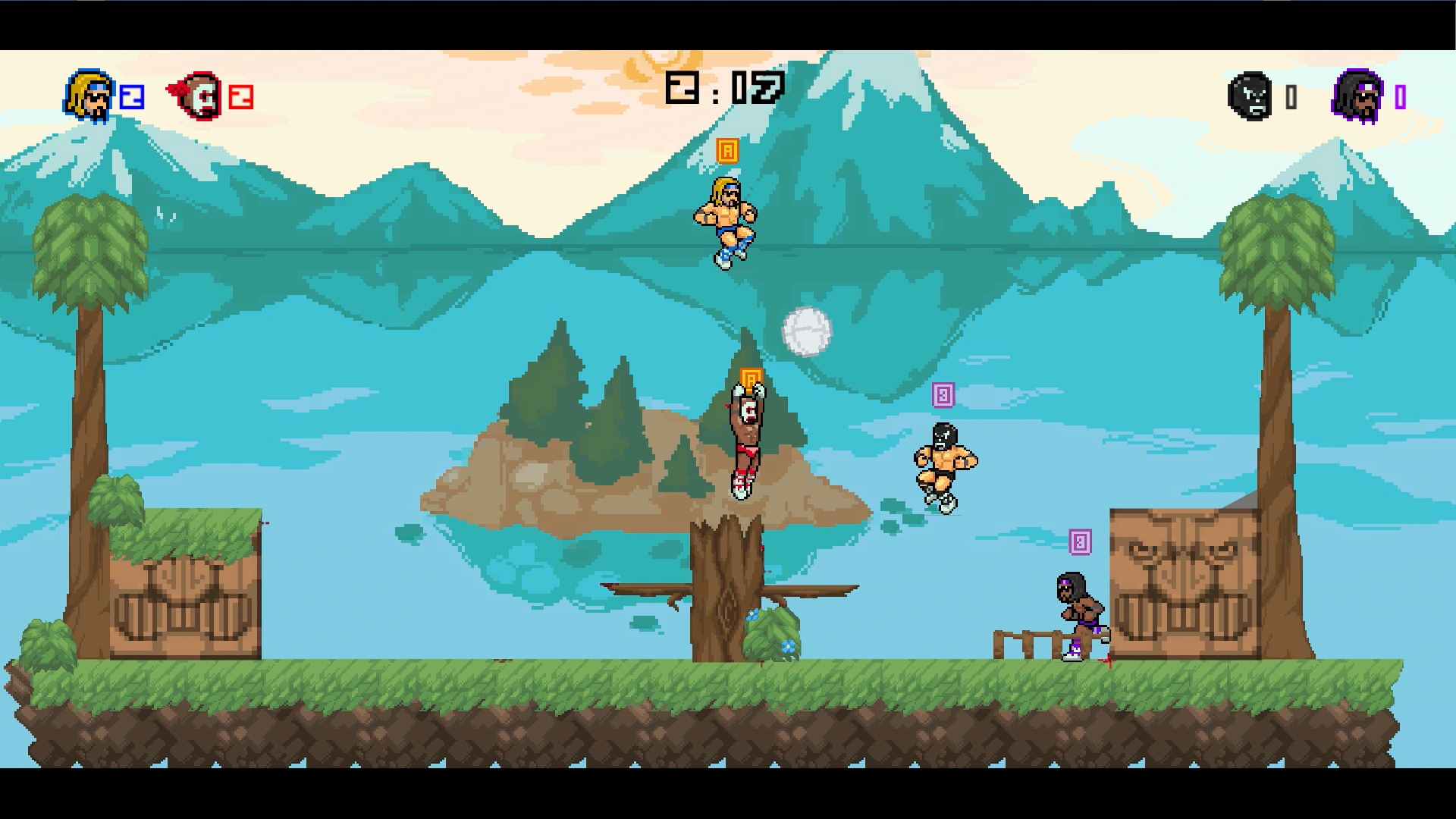 If you favor a more direct fighting mode, you are in luck! There is also a straight brawler game mode as well for when fisticuffs are all that is required. Knock the other players off the platforms or punch eachother enough to explode one another. 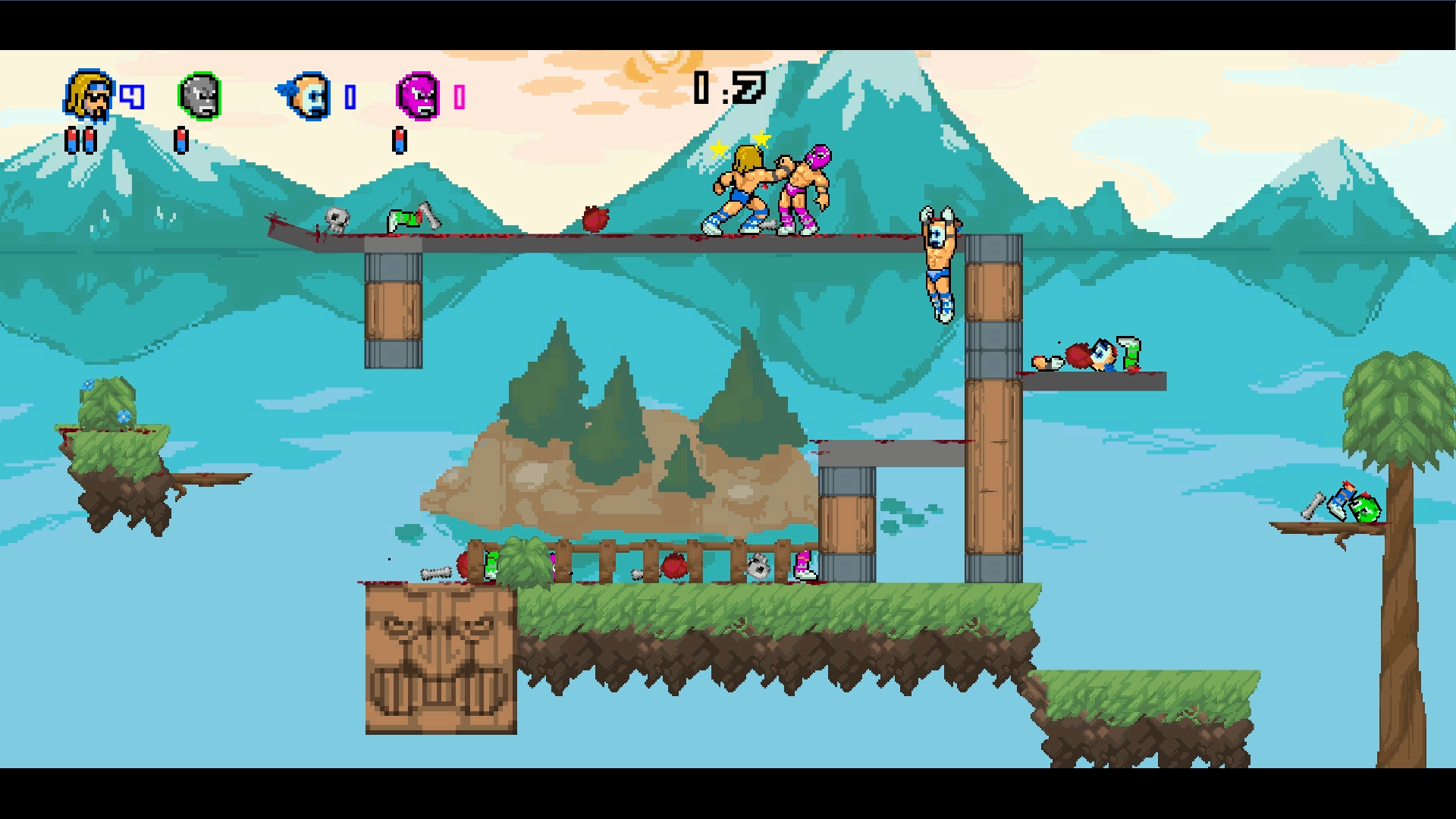 The way combat works in Clothesline Carnage is a single attack button. Tapping will throw out a quick jab, it won't cause much harm to others but will lightly push them off if they are on the edge. Holding the button longer will let you throw out a stronger punch, knocking down others. Be weary, if you are in the middle of charging an attack, another player can knock you down, cancelling your charge. If you hit another player with a fully charge punch enough times in a short period, they will blow up, leaving behind a pool of blood and gibs. 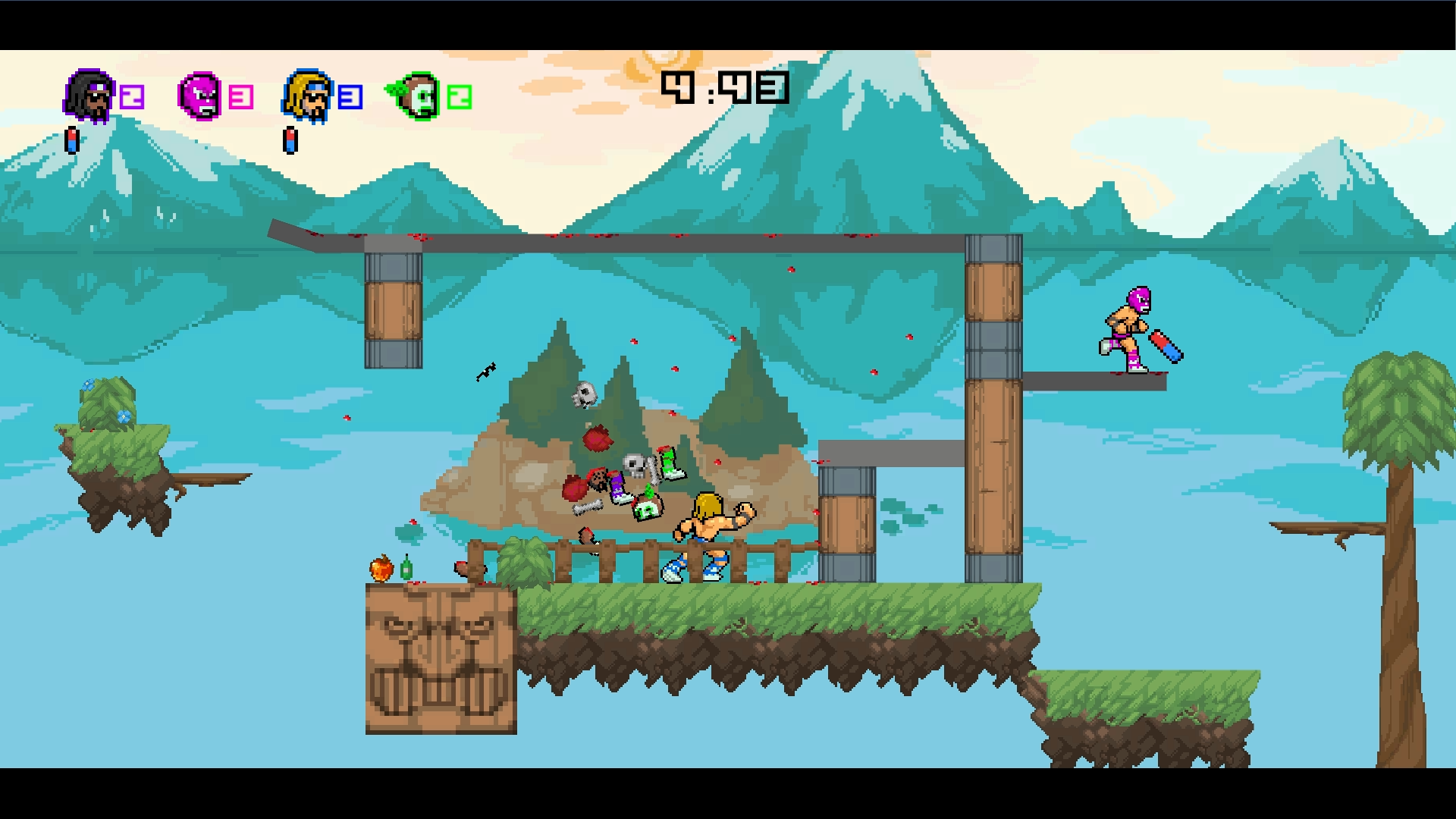 Keep track of Clothesline Carnage with weekly updates, every week from now until release date! 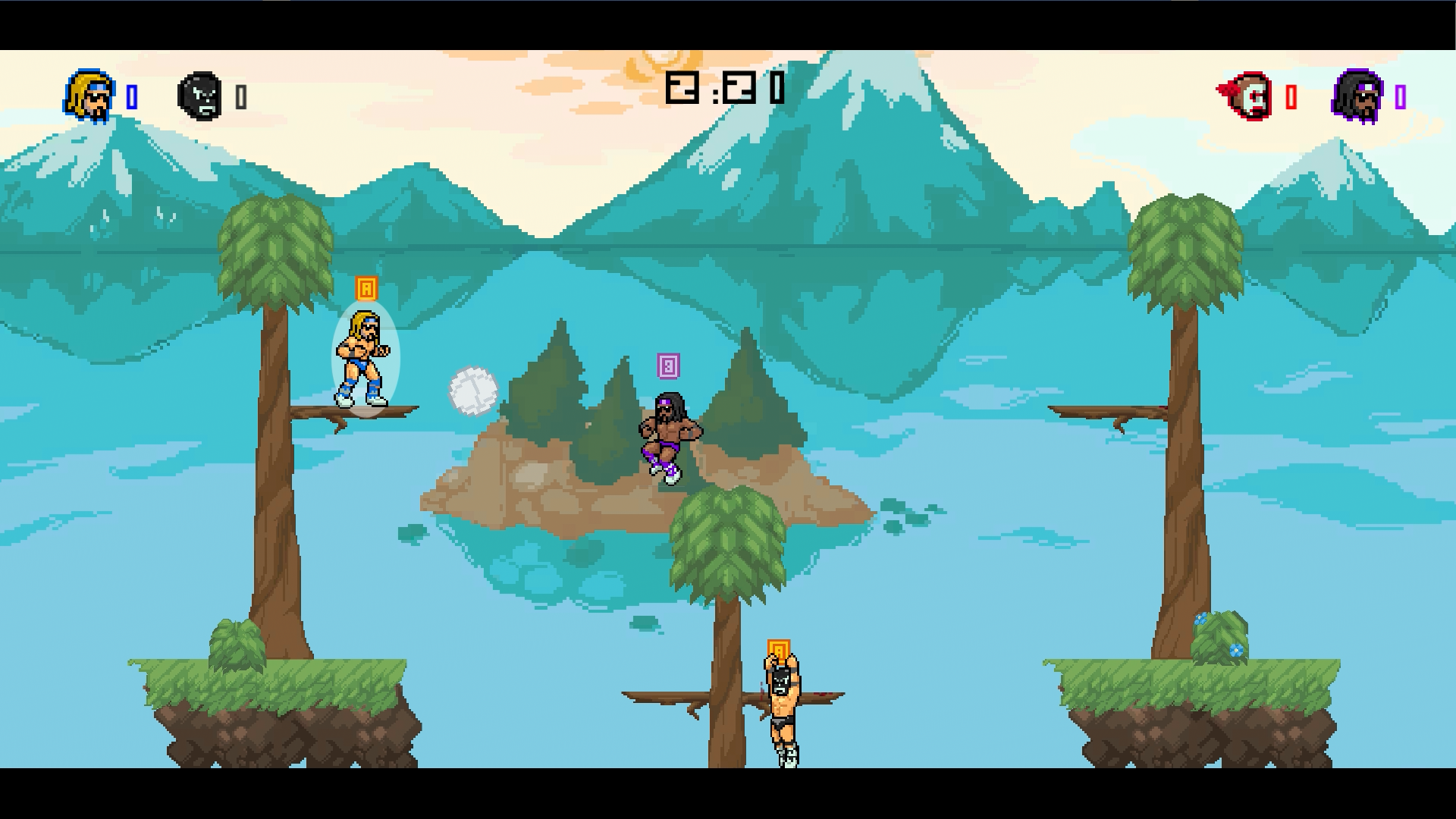 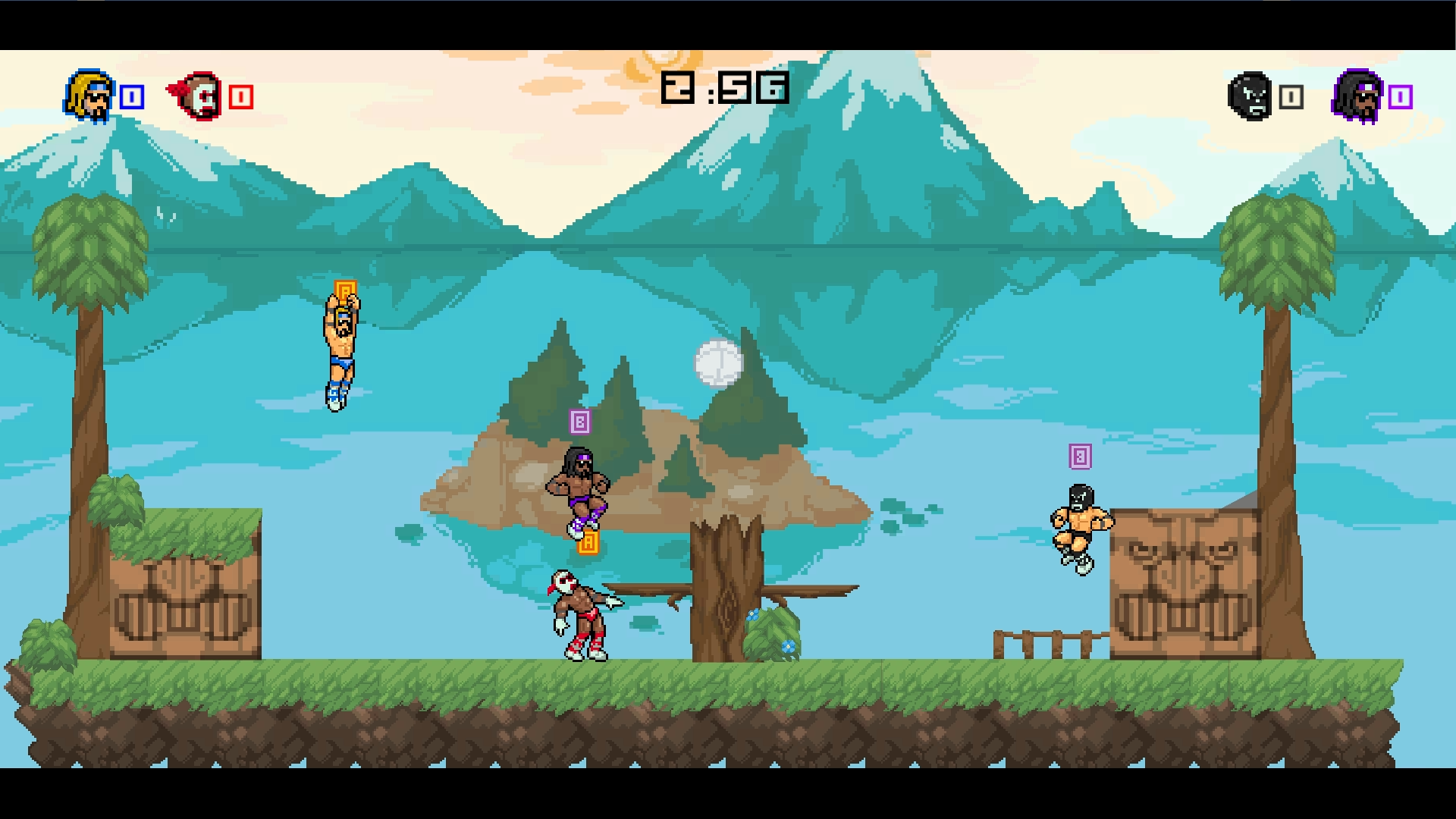 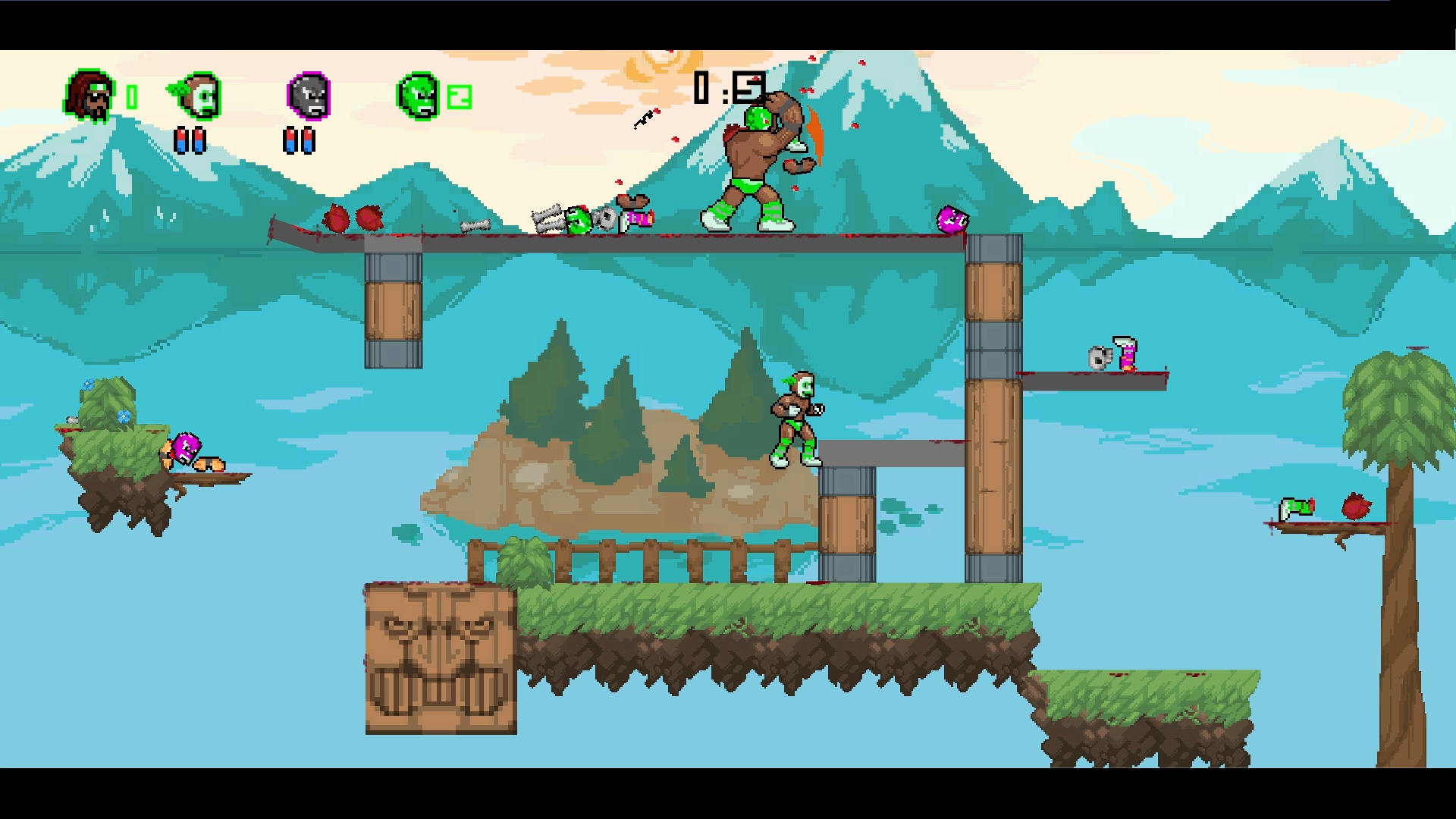