Arcadia: The Crystal Wars is an open-world, squad-based fusion of role playing and strategy, combining traditional RPG elements such as character skills, talents, quests, dungeons, and raids with strategic base-building, farming, and crafting. Explore the world of Arcadia in non-linear fashion as a single character, or recruit up to 20 characters and dive into the rich storyline while taking an active part in shaping the outcome of the Crystal Wars.

As the first news post, I’d like to first thank you for taking the time to check out Arcadia: The Crystal Wars. We are beyond excited to share what we feel is a truly unique RPG/RTS experience.

Arcadia is an open-world, squad based fusion of role playing and strategy, combining traditional RPG elements with engaging real-time strategy. 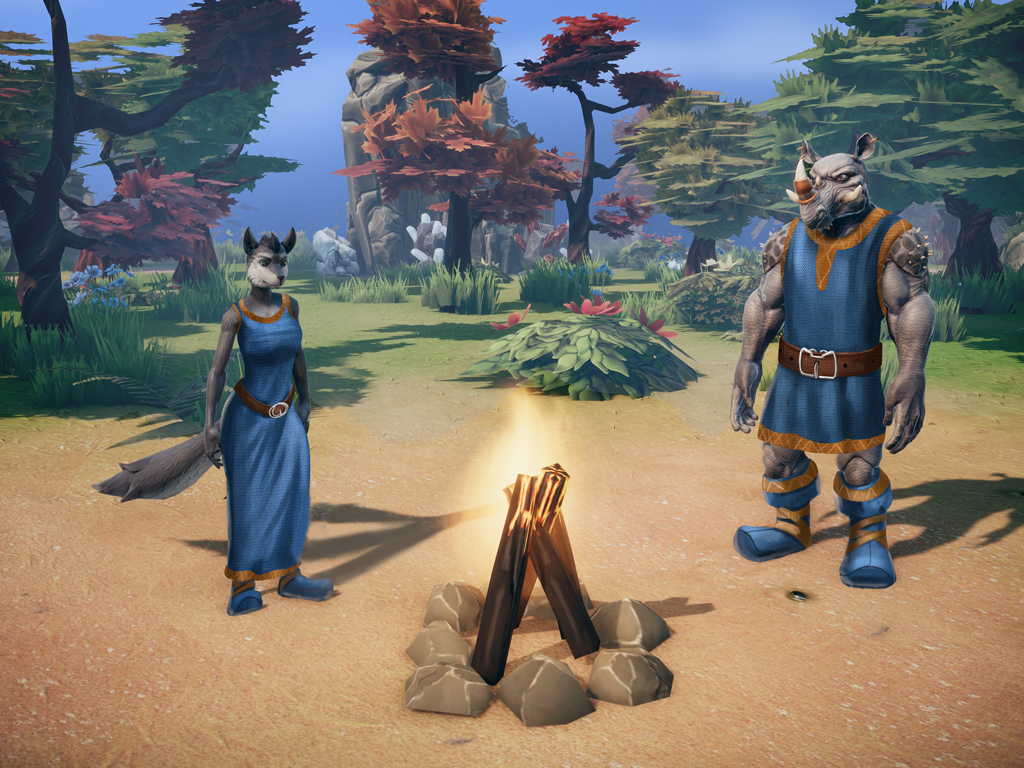 Stepping into the world of Arcadia, you choose your starting character from four unique character types; each unique in their own right. No matter your choice, you start without skill, equipment, or money.

A character’s progress is based on the level of their skills. While your character has no overarching level, each one of your skills level as you use them. In order to increase your skill level, you simply have to perform the actions associated with those skills.

NPCs and Mobs, both friend and foe, also utilize this same skill system, gaining levels with every encounter. Pick a fight with a guard and lose? You may gain Vitality experience and defensive related skill points by surviving the encounter, but that guard will also gain experience and power as well. The next fight may be more difficult!
But do not worry! Right from the beginning you will have the opportunity to start training your character by completing quests, harvesting resources to craft your first pieces of gear or hunting wild animals in the woods for food to survive. 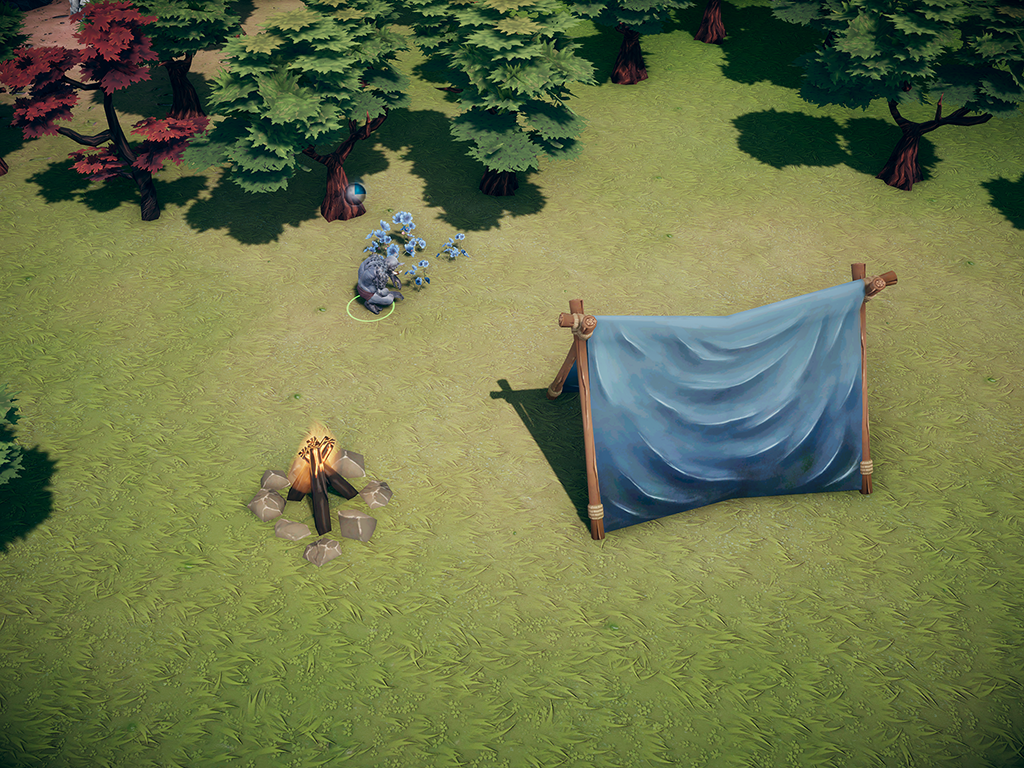 As you explore, you may also find other characters throughout the world that would like to join you. This is where the squad based aspect comes into play. Recruit up to 20 characters and specialize each however you see fit. Train a specialized group to be armor and weapon-smiths, or farmers and warriors, the choice is yours.

As you recruit more characters, however, you will need to find a way to provide food and equipment to them. Starting with your first camp, developing eventually all the way to a full city, having a base or bases of operation equipped with forges, farms, and houses will be the key to expanding your power within Arcadia.

But beware, Arcadia can be a harsh world, especially with the ever growing corruption of the Crystal and the ongoing war. Your base will eventually become a target, and you will need to defend yourself. 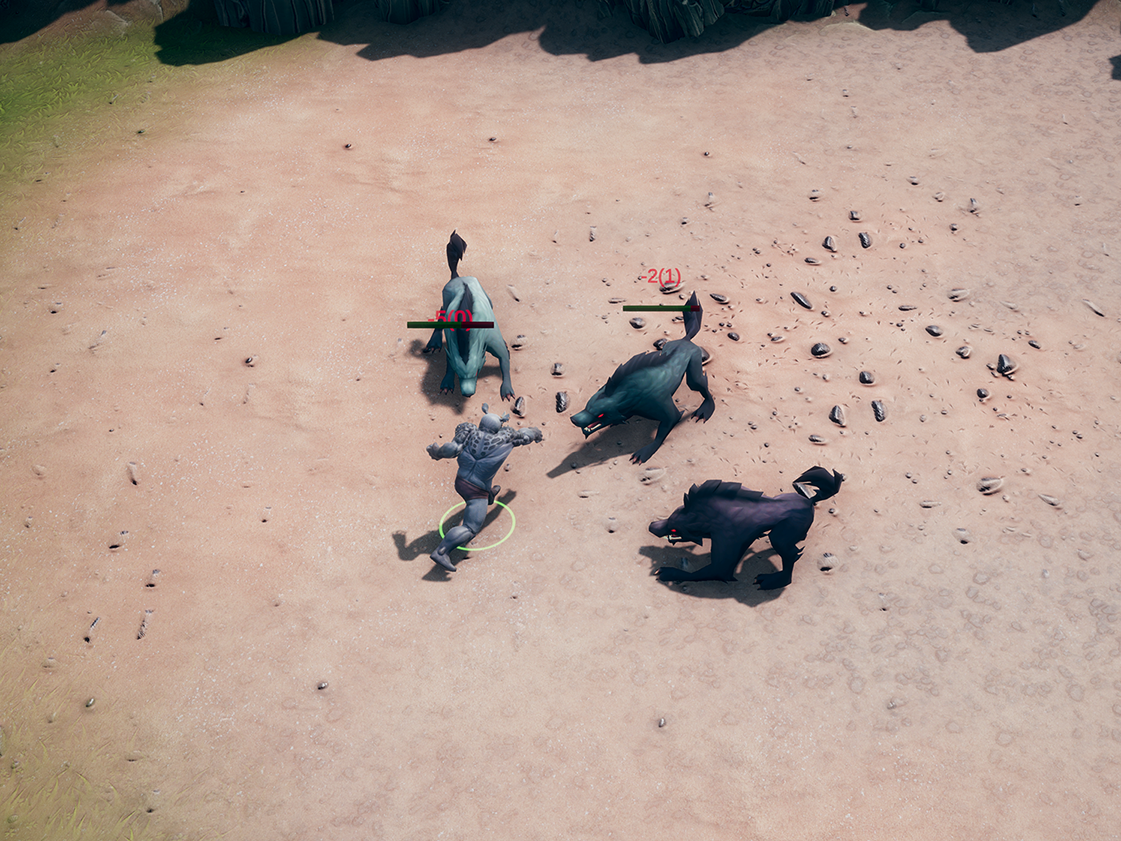 Combat in Arcadia is squad based and real time. If one of your characters health reaches 0, they will be knocked out, unable to move, but also immune from further attacks. While knocked out, there is a small percentage every second, increased by the character’s skill in Perseverance, that they will recover naturally on their own and continue the battle. They can also be rescued and recovered by allies and other player controlled characters. If time expires and they are not recovered however, they will die. If your last character dies, the game is over. 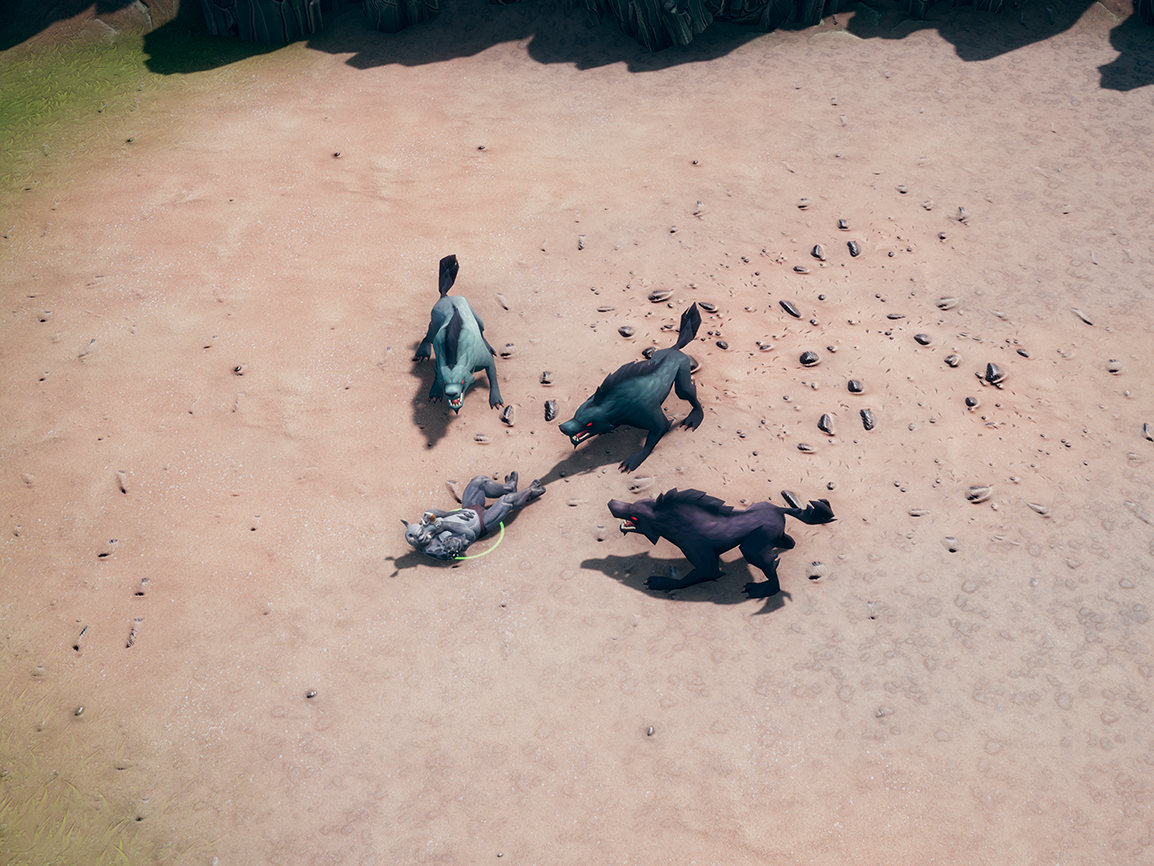 In order to increase your chances of success in battle, you will need to train your characters in various offensive and defensive skills. As you gain experience in these skills, you will start to unlock special abilities, both passive bonuses and active use abilities.

The ultimate power, however, will come from the Crystal itself. Fragments of the Crystal can be found in the most dangerous of areas. Once collected, you have two choices. You can use powerful magic to purify and consume the fragment, unlocking magical powers and abilities for a single character, or you can have the fragment infused by technology and unlock technical abilities. Unlocking magic power will allow for characters to cast powerful healing or damaging spells, as well as summoning power familiars to aid the caster in combat. Unlocking technical power, however, will allow the use of advanced machines including deployable turrets that heal nearby allies, or continuously damage enemies, as well as deploying advanced emitters that do massive damage to single targets.

The choice of how you use the fragments is up to you. With each fragment used, you will advance the particular character’s knowledge and power in magic or tech. Beware, however, as the power of the crystal has been known to corrupt and change even the most loyal of characters!

As long time fans of the RPG and Strategy genres, we wanted to create an experience that fused my favorite elements of each. What I’ve laid out here is a high level overview of the features you will find in Arcadia. Over the next months, look to see more articles outlining more details of the game and features.