And here is simple test app just like for PSP – this time for Android App is working quite nice on all my test devices. There are simple controls. To remove selected block push upper left part of the screen, to add new block upper right

And here is simple test app just like for PSP – this time for Android : MultiCraft.apk
App is working quite nice on all my test devices.

Code that can be found in repo is almost the same code used in teaser. You will not find there any menu or any cool options.
There is lot of code that I need to move from my dev repo but this is clean working version.

Message
I would like to clarify some things. I know that many of you hopes great stuff from Multicracft, but you my be disappointed a little bit.
I stopped working on it long long time ago. When I started this project I was thinking that I would achieve better performance especially on PSP.
There was many bugs, performance was not so good and I started really big projects for Android at my work place. My motivation run out quickly.

Just recently I was doing some stuff with threading in c++. I've returned to project with an idea in mind, that threading will help... In the end it helped...
I can't make multi-threading working correct on PSP but on PC it's working a lot better

That process helped me a lot - I have found and fixed lot's of bugs. Changed design here and there, and suddenly PSP version was also running quite ok. Maybe after releasing source code someone will manage to fix my "threading problem".

So as you can imagine Multicraft is very basic now. Before releasing code I want this stuff working:
- saving/loading changed chunks
- more biomes (i have 2 more prepared by my friend - I just need to reimplement them into my code)
- all blocks that were in Lamecraft and menu for selecting them
- simple lightening
- better sky with sun/moon than in lamecraft
- as stable as possible

This will be clean base to add more functionality.

Once again you can see that there is still much to do, but like I said in 2 - 3 weeks I will release source for everyone. 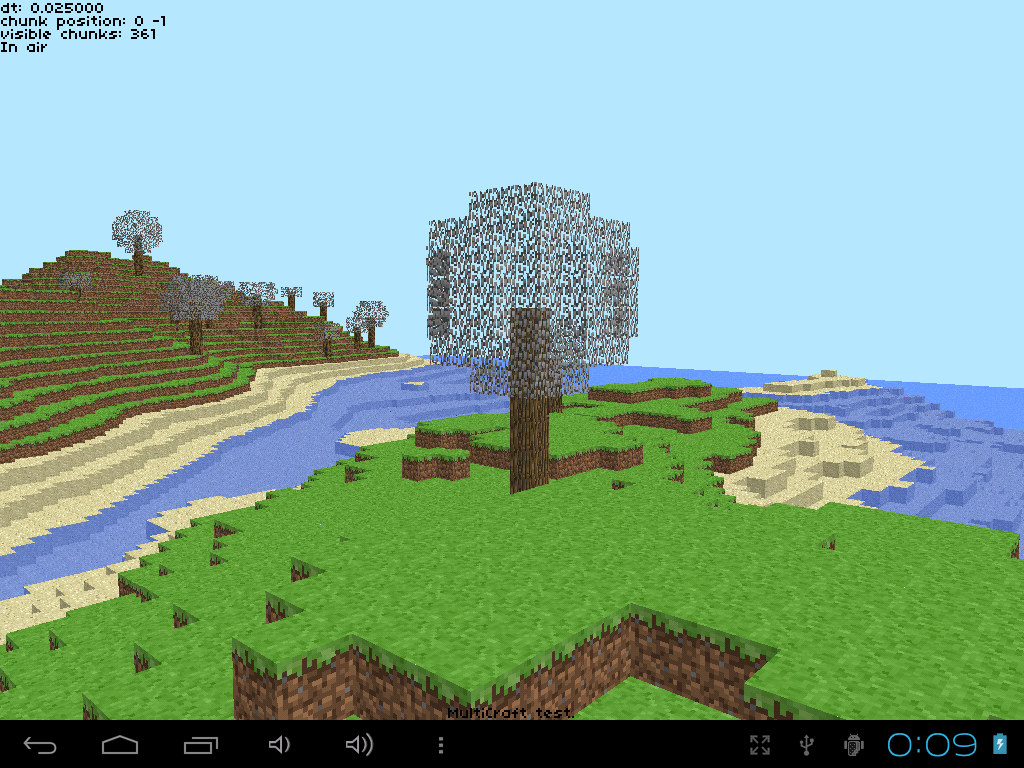 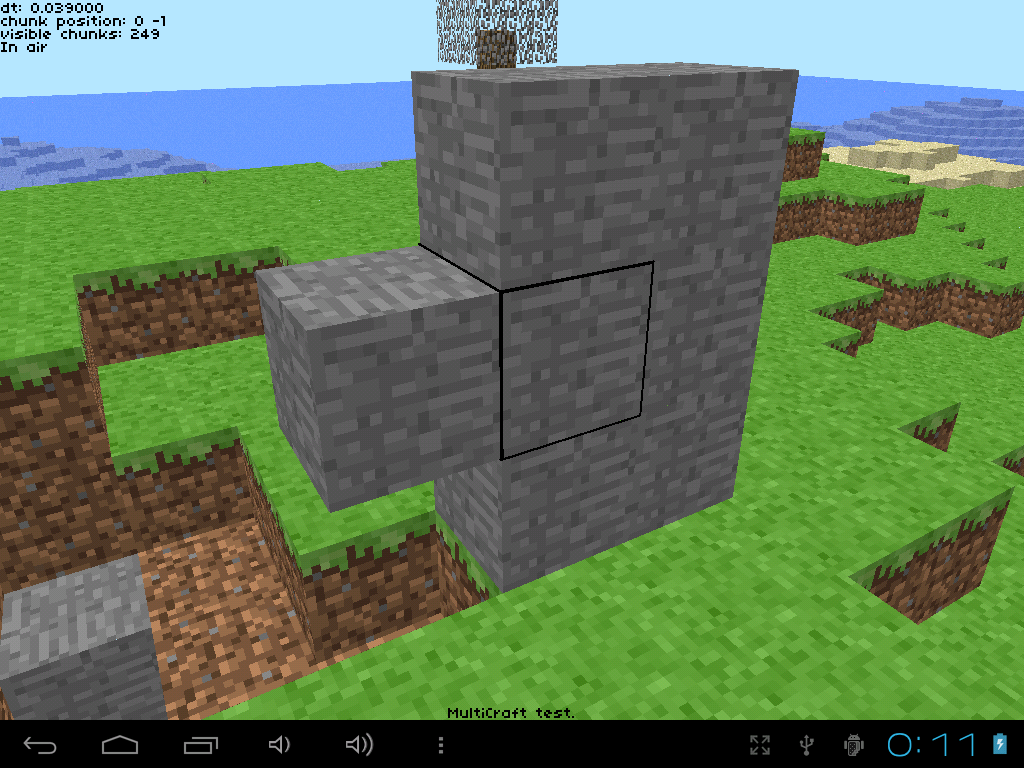 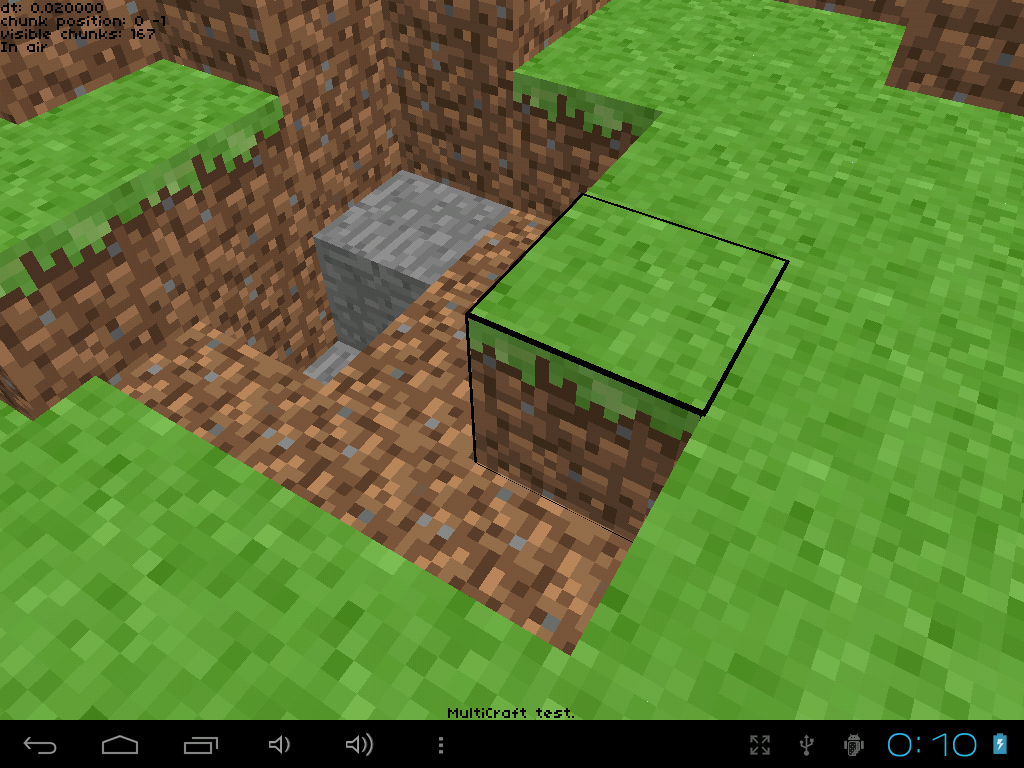 Wow, this is great :D Just tried it on my Huawei Blaze and it's working very well!

I don't care if it's basic. I love this game already!