- Do you love playing games?
- Do you like to challenge others to fight?
- Do you want to tell the developers what to change?

If you answered yes to all questions, Ancient Kemet wants You!

Join Ancient Kemet in its alpha testing stage, explore the game mechanics, the story and tell us what you think. Because that’s what we want to hear.Jump into the world of ancient Egypt, follow the questlines that will show you around and introduce you to the secrets of the land, gather resources and work on your character until you are ready to face the greater challenges that await you in the Temple of Resurrection.

Let's have a quick overview of the alpha testing scenario
Alpha testing will be based on the scenario of 2 nomes, each with a town with its own ground reserved for gathering resources for basic professions. In between the nomes there will be a free PVP combat zone, where players will find more expensive resources.There are going to be several character professions in the final version of the game, for aplha testing we picked four: farming, blacksmithing, crafting and fishing. These will be the basic means for getting on your feet with gaining extra gear and materials you need.On top of that, at the end of the combat zone players will find a mystical Temple of Resurrection, where our innovative concept of raiding is to be tested. 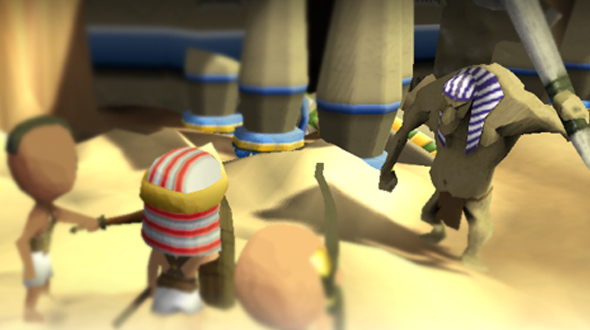 In alpha stage there will be one major PVP raid which will lead into the Temple of Resurrection. After conquering the enemy team from the other nome you will gain access to an ancient artefact, that will grant you enourmous power and transform you into the dark servants of Seth. It will be your role to hold the temple against enemy and shall you succeed, you will be rewarded greatly.If you happen to loose the fight for the artefact, your chance comes in defeating the monsters in the temple itself, who are in fact, players from the other nome. 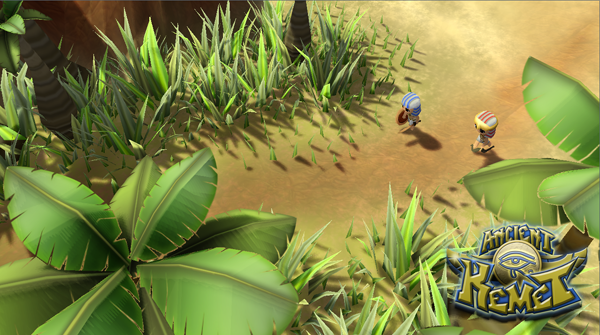 Ancient Kemet the Game is at the brink of launching its alpha testing stage and we are looking for gamers who are up for facing the challenges of the game. Whether you just want to explore the world and its lore, hit the highest ranks of hardcore players in PVP battles or even be the overseer in the game with higher status and responsibilities, Ancient Kemet has open spots.

*note - an alpha testing key will give you an lifetime lasting valid player account that will be free of any fees forever and also an alpha tester archievment.

Have a look on all the different types of alpha testers we are looking for and choose the one that appeals to you the most. All levels have limited positions available though.

This is the core concept of a playable character that will be introduced in the full version of the game. You start from the very beginning with the basics and you explore, discover the world and level up through questlines, professions and PVP combat. The highest challenge? The Temple of Resurrection.

Are you fascinated by ancient Egypt so much, that you already know what name you want to give to your character? The Elder is the best position in game for you. On top of the regular questlines and exploration, you can choose a special name from ancient Egyptian history, that will not be available in-game and there is a mysterious treasure quest waiting for you.

An experienced gamer? Always wanting to be on top and grabbing the leadership positions? Do you like getting the very inside scoop from the developers? Do you like helping other players with your knowledge of the game?Become an overseer in the game and be the eyes and ears of the dev team. As a moderator in game, you get not only a special treasure quest, an honorable title, but you get to meet the devs regularly and a lot more inside information and the space to have a chat with the devs.

More information on alpha testing and how to get in: Igg.me

See you in the Ancient Kemet!