This is an Introduction to the game Tome Travellers, including all the necessary information for the prototype build.

An introduction to Tome Travellers
Chapter 1: The Characters

The Tome Travellers are the main characters in the game, the players will take control of these characters in order to slay monsters and rescue maidens.
These charismatic chaps are the true meaning of bravery as they fight with their physics arms to slay the beasts that roam the books they travel through. And solve physics based puzzles along the way.
As players progress through each book they will be able to upgrade their weapons armor and become a class of their own such as wizard or rogue. These will be theme based dependent upon which book you are exploring. 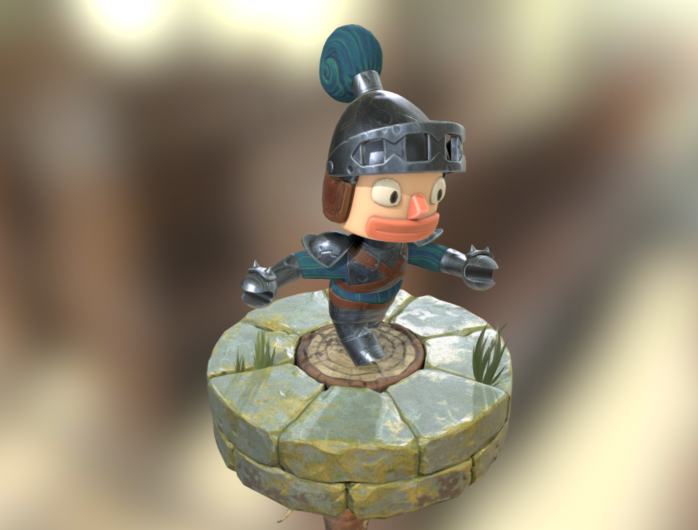 The basic knight character in the first book.

The Goblins represent everything icky about the world of the first book, they live in dark holes in the ground and carry clubs and makeshift armor. They represent a small challenge for the players as they can be easily cut down with a good swing of a sword or axe.
Goblins often huddle in large group and believe heavily in the phrase "safety in numbers", this could overwhelm players at times but provide a good challenge for a good team of Travellers. 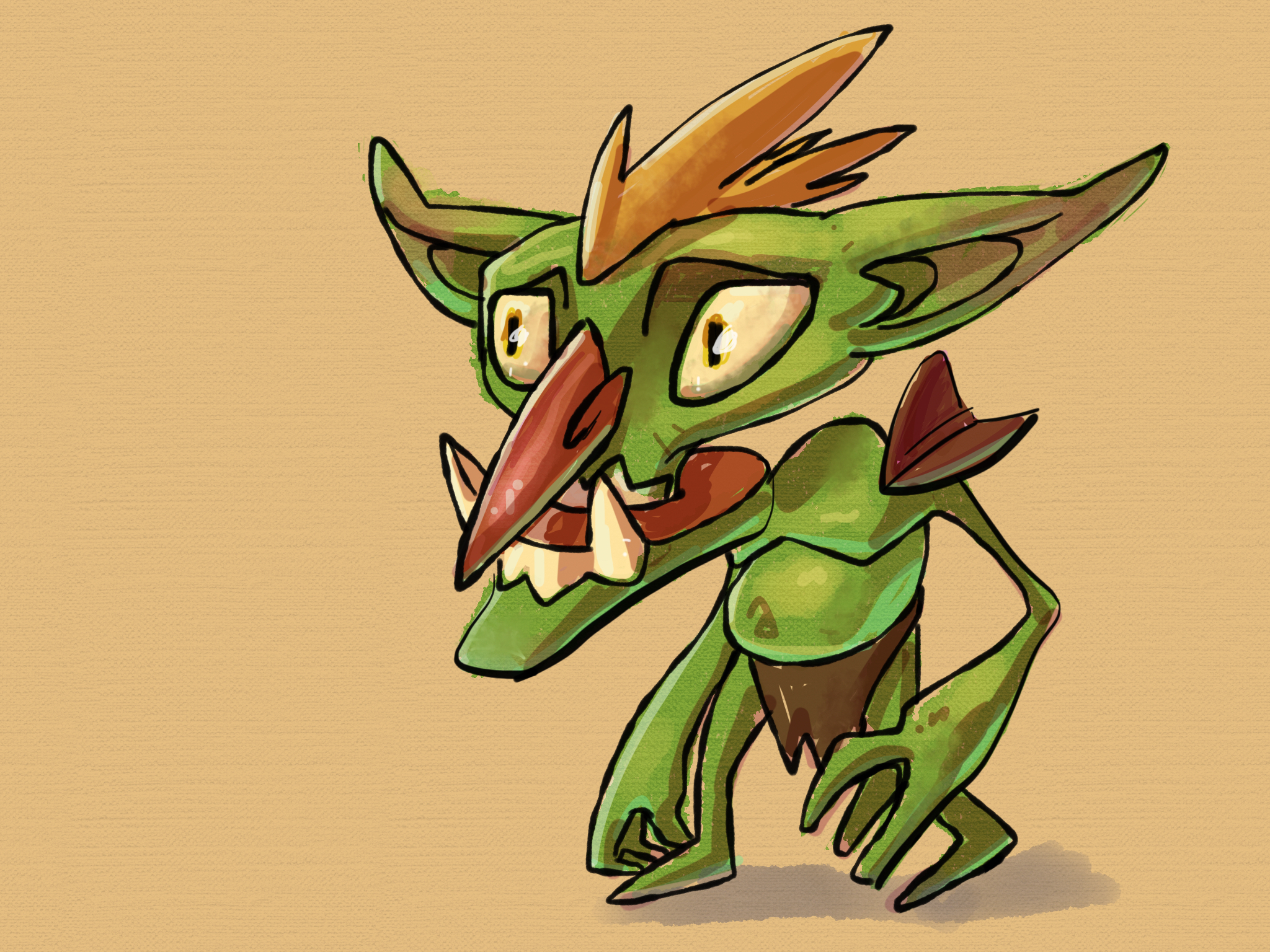 The initial concept for the goblin enemy.

Bandits are only interesting in one thing, gold, and pillaging, alright two things. But they are good at what they do, often found setting up barricades or small unstable structures they form small clans often with one leader to try and rob passing carriages.
Bandits have a poor hierarchy and can often descend into bandits fighting each other over territory or gold. This could be used to the travellers advantage if clever enough.Whilst bandits often sit in small groups of 4-5, they have strong structures which can give them an edge, but not for the Tome Traveller, they will sweep through the vermin with ease! 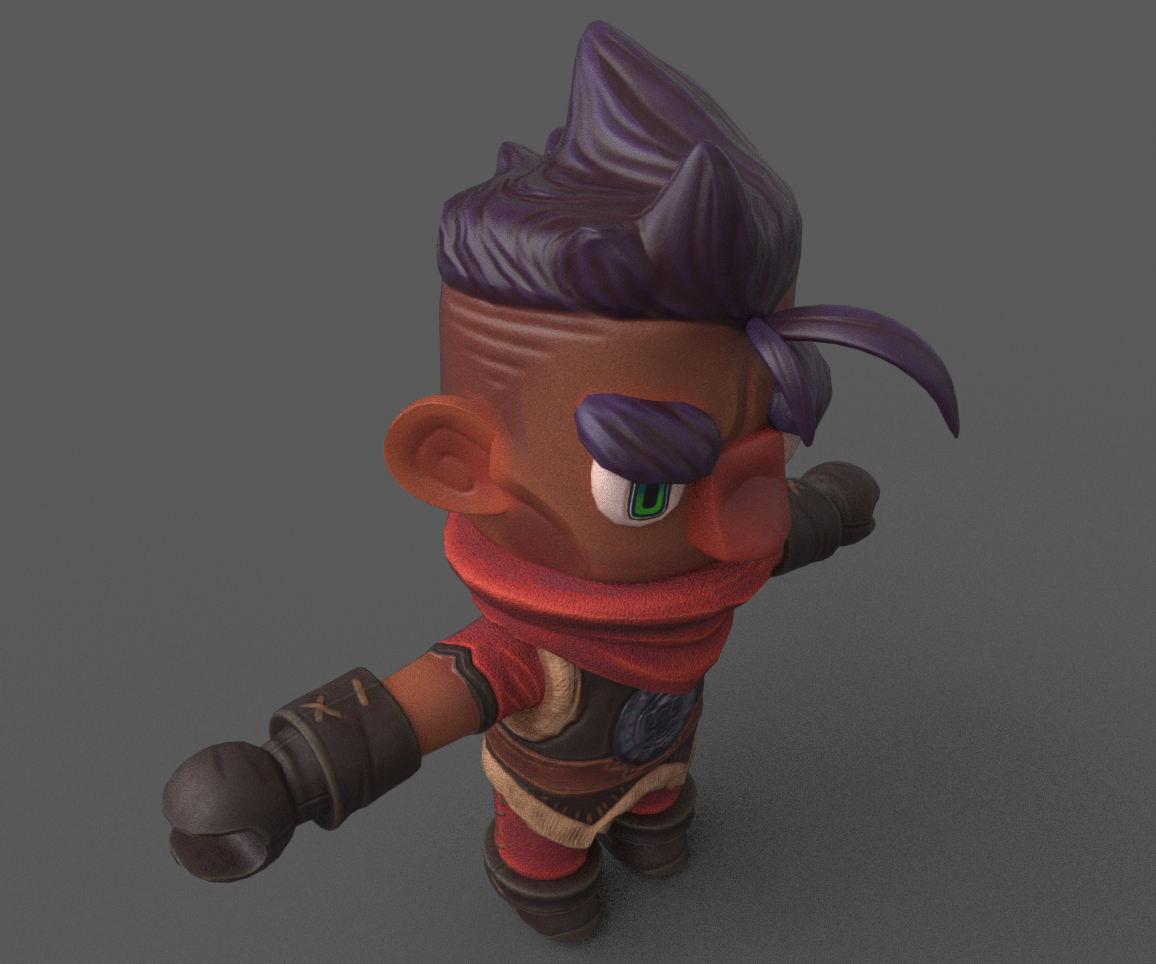 The model of the basic bandit enemy.

The world of Tome Travellers is all within RPG books, these are the core for where the game is taking place, each book is its own unique story which the players are exploring through, and each book contains several chapters for the players to cause destruction in.
The Chapters
The books are split into several chapters in the game, these are often split up by using book markers. These provide the players with a small respite at the end before they traverse into another exciting escapade deeper into the Tome. 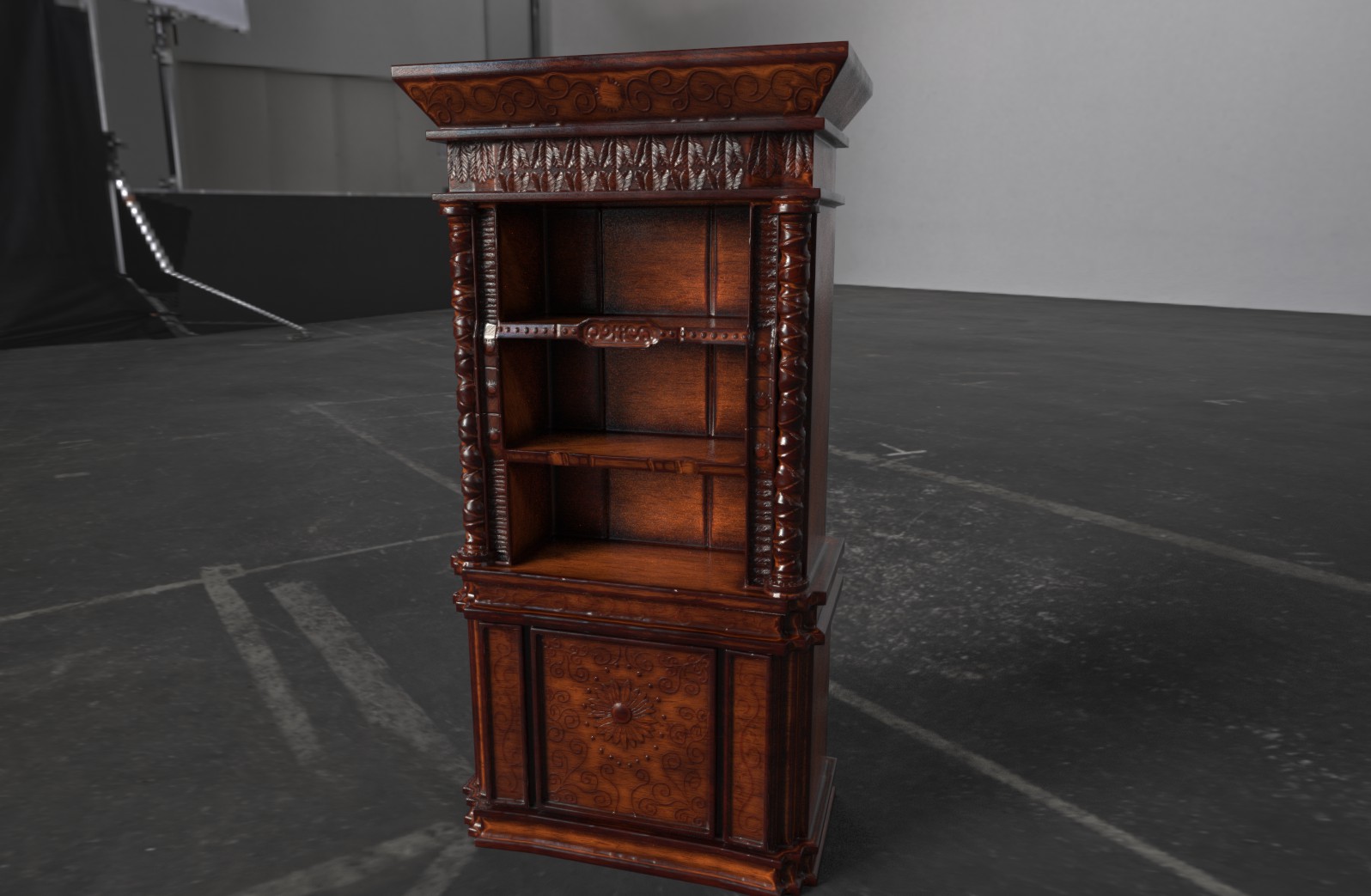 The model for the bookcase where the books that can be played will be held in the main menu.

Taverns provide players with full respite, and have the added bonus of being the only places that house the mysterious sorcerers who are capable of bringing ghosts back to life. This means any players that have been slain on heir journey so far are revived at taverns so they can continue on their quests. I guess sorcerers just love a good drink!

The tavern where the players will be able to rest and revive their fallen friends.

The Story for Tome Travellers is based on whichever book you are travelling in, this means that the story and the context are all unique in their own way with their own style and sound. Providing players with these one-of-a-kind worlds means they will not be bored by any repetition in the books, and let's them find which story is their favourite in the series we will create. 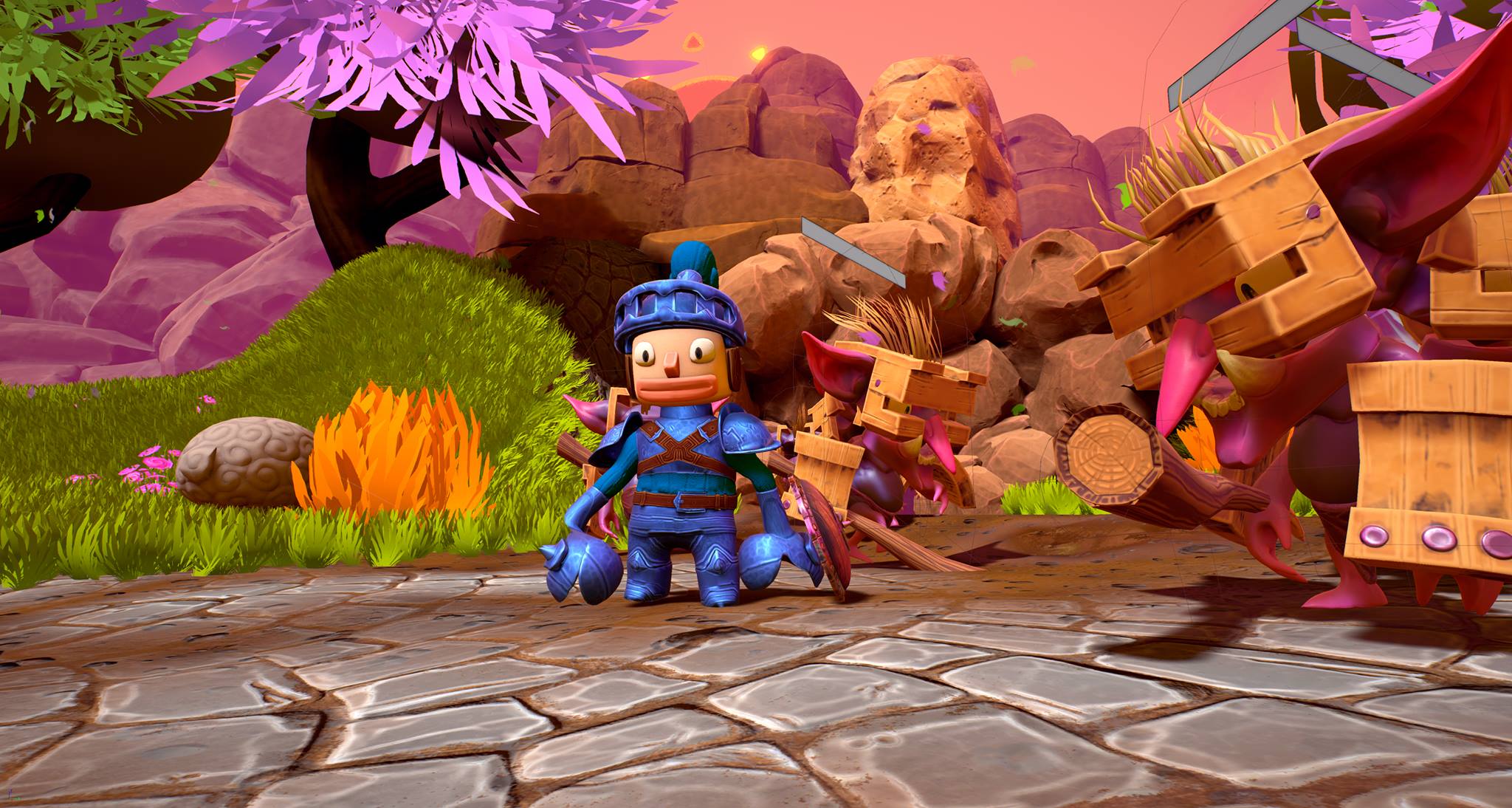 A brave Tome Traveller facing off against enemy goblins.

The first book in the series is a traditional story called the Princess' Secret. Players will find themselves in a lush medieval environment, complete with dense trees and high cliff faces.
Having accidentally received a Raven from the local castle, stating that the lovely Princess (insert name) has been captured and held hostage in the castle keep, the Tome Travellers set out on an adventure to find her and rescue her from the clutches of her captor.
Fighting tooth and nail to get to her though towns and villages, bandit camps and cliffs, our brave heroes will strive to bring justice to the captors of the princess, and kick plenty of chickens along the way.
But a surprise is in store for our intrepid heroes. Will they save the princess? Or have to be saved themselves?

The castle that the princess is trapped in.

The mechanics and systems of Tome Travellers are all based around fun physics events, these can be based from challenges in the world or the arms of the characters themselves providing fun and unique gameplay each time, meaning no play through will be the same!

Physics are a large part of what makes Tome Travellers unique. Using these physics on the arms of the characters provides a floppy fun look to each knight, Mage or rogue, players can then focus the position of their arms using the joysticks for a more focused attack, or can use the sticks to cast spells as the Mage!
These physics arms will provide emergent gameplay as players will learn which combination of character alongside whether they use their flailing arms or rigid arms can be used to solve puzzles or defeat certain enemies.
Physics puzzles are also a big part of the world of Tome Travellers, these physics puzzles can take the form of using boxes to open gates, finding keys or avoiding rolling boulders.

Potions help keep the game fresh by using different mechanics and aesthetics to keep players on their toes, of they're not careful they could turn into a chicken or sheep, or be made into Giants! These potions are a way of giving players the opportunities to have fun and experiment with combinations of each, leading to hilarious consequences for players!
These potions are also being used to help solve environmental puzzles along the way, helping players to traverse and navigate into areas which may not be possible otherwise.

A mysterious potion hidden in among the grass that the players can consume.

Our emergent class system allows players to truly feel they are in the role of a Tome Traveller! As players progress through the game they collect weapons, and the more they use these weapons and become proficient in them, the more like the class associated with that weapon they become.
Players can pick up daggers and the more they use them, the faster they will become, their character will become slender and nimble as they progress down the rogue path. Alternatively if they use staffs and spell books then their character will begin to age and look wise, grow a large beard and wear robes, progressing down the Mage path.
All of these changes come along with aesthetic changes too allowing for players to see the change to a certain class dynamically, and also allows them to revert to another class if they see fit. 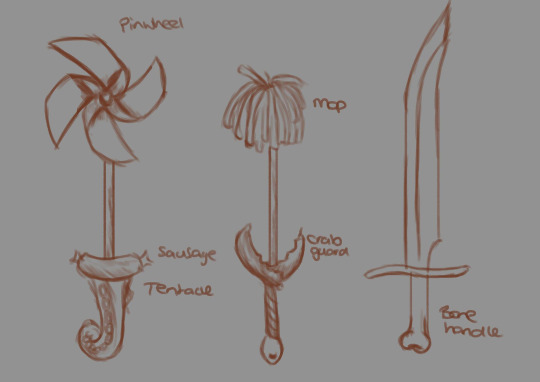 As the players progress through the game there will be more weapons to unlock, meaning they will be able to unlock more potential for customization as well as the opportunity for weapons to span over several books and levels. This system has been put in place to keep the gameplay fresh and players always on their toes as they experience a different game each time. 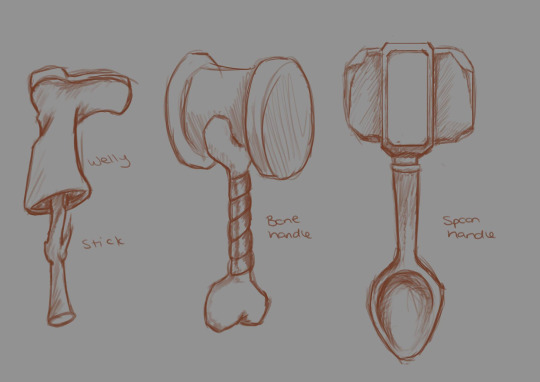 That's all for now but check back in the future

for more details on the games progress!