In which audio for the new enemy's combat may be done; an "axe falling" sound is added to a "death-sound"; audio for player sword-strikes is made; and art for a new cutscene is begun.

This week, in place of a screenshot we have a new video! Specifically, this one shows the sounds and animations of the new enemy, encountered in level four:

The week just past was, pretty much, an art-week:

To start with, work continued on audio related to combat with the new enemy. Indeed, I believe that I have said audio done now--or at least a first draft of it! ^_^

Specifically, I added audio representing the falling of an axe to the enemy's "death-sound", and finally came up with some sounds for the player's sword hitting a living enemy.

The latter proved somewhat difficult: despite my efforts, regardless of what I recorded, for some time I was not coming up with audio that sounded quite as I wanted.

In the end, however, I think that may have produced something that works. (In part by layering in some previously-made audio elements.)

With that audio done, I moved on to another task: painting the visual elements for the introductory cutscene to level four. This has gone fairly well thus far, I feel; it's not done, but decent progress has been made.

I will confess that human forms continue to prove difficult for me. I think that I've improved somewhat, but such things nevertheless still prove troublesome at times.

That said, I do find the shading to be rather fun--and indeed, again I feel like I may have improved there.

And overall, I'm fairly happy with the results thus far. ^_^

I'll leave you then with two small excerpts from the new cutscene-art: 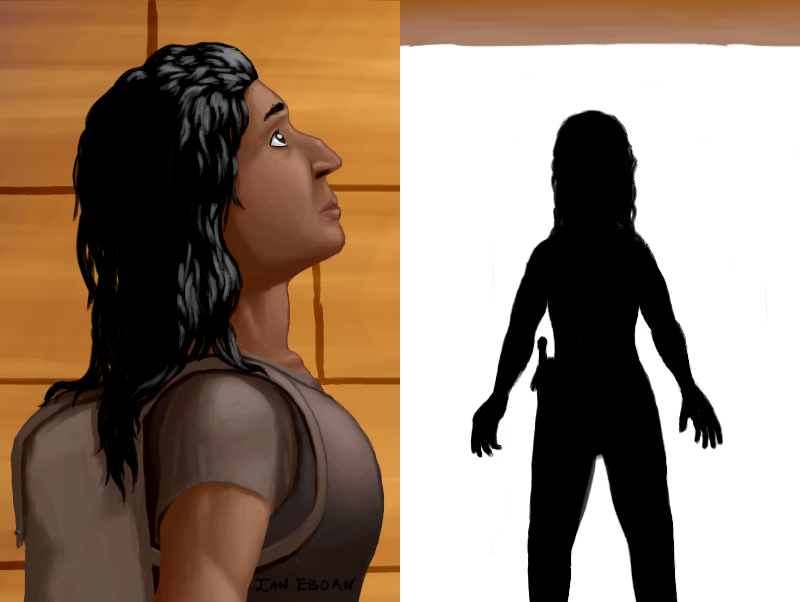