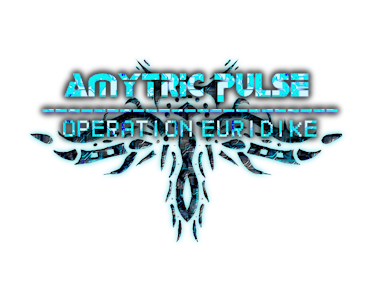 Operation Scythe, a coordinated international offensive against the transgenic Collective was a dire failure and cost us most of our men and resources. While we managed to weaken the mutant forces significantly, they have struck us with such a fatal blow that it might have just been the final nail in the coffin for humanity as we know it.

Task Force Zero has already been reduced to a single active unit and in the wake of this grand assault, our men have been taken captive by the Collective.
Now reduced to a skeleton crew we concocted a plan to rescue our agents. Its really nothing more than a last ditch effort..., to send in the last remaining member of the Task Force, with hopes that he single handedly exfiltrates a dozen captives from a formidable high security military installation.

However, to Agent Grimms immense credit he has accepted the mission without any hesitation. He appears confident that there is a chance for us to make a dent into their defenses and his demeanor had a calming effect on me during our preparations. If he can remain so restrained even though his fiancée is among those captured, why should I be such a nervous wreck? After all
he is the one actually sent in there while I'll only observe through his infolink.

We'll drop Grimm over the Qasqir Tower military installation, once a brutalist monument to the military strength of the Pan-Asian Coalition, now a center of operations for the Collective.
High altitude, low opening in the dead of night. There is a distinct chance he will not be noticed as the mutants likely don't expect a break in from the top. It is up to him to interface me with the buildings intranet so I can lock out the reinforcements from the lower levels of the tower. After that all he has is about an hour, maybe hour and a half before they circumnavigate my efforts and he'll be so outgunned that even a man of his caliber and particular skill set will be outmatched. If our agents are still alive, he is to find them. Our thermalecholocation scan of the building revealed them to be held near the helipads, that is our only chance. If he manages to get to them in time we can send in a stealth helicopter to retrieve them. A lot of "ifs" and "buts" and no certainty.

I understand that I am likely the most efficient hacker still operating for the collective but I'd dread to be the one on com-line while they send Morgan Grimm to his death.

* Its a new FPSC game that isn't a dull walking simulator with the spoopy closet monster! Yay!
* 9 Levels, some of them might even be good!
* Custom sound design and voice acting
* That homely old janky amateur production quality
* The game is kinda blue, its stylistically designed to be this way but I might have gone too far in a few places. 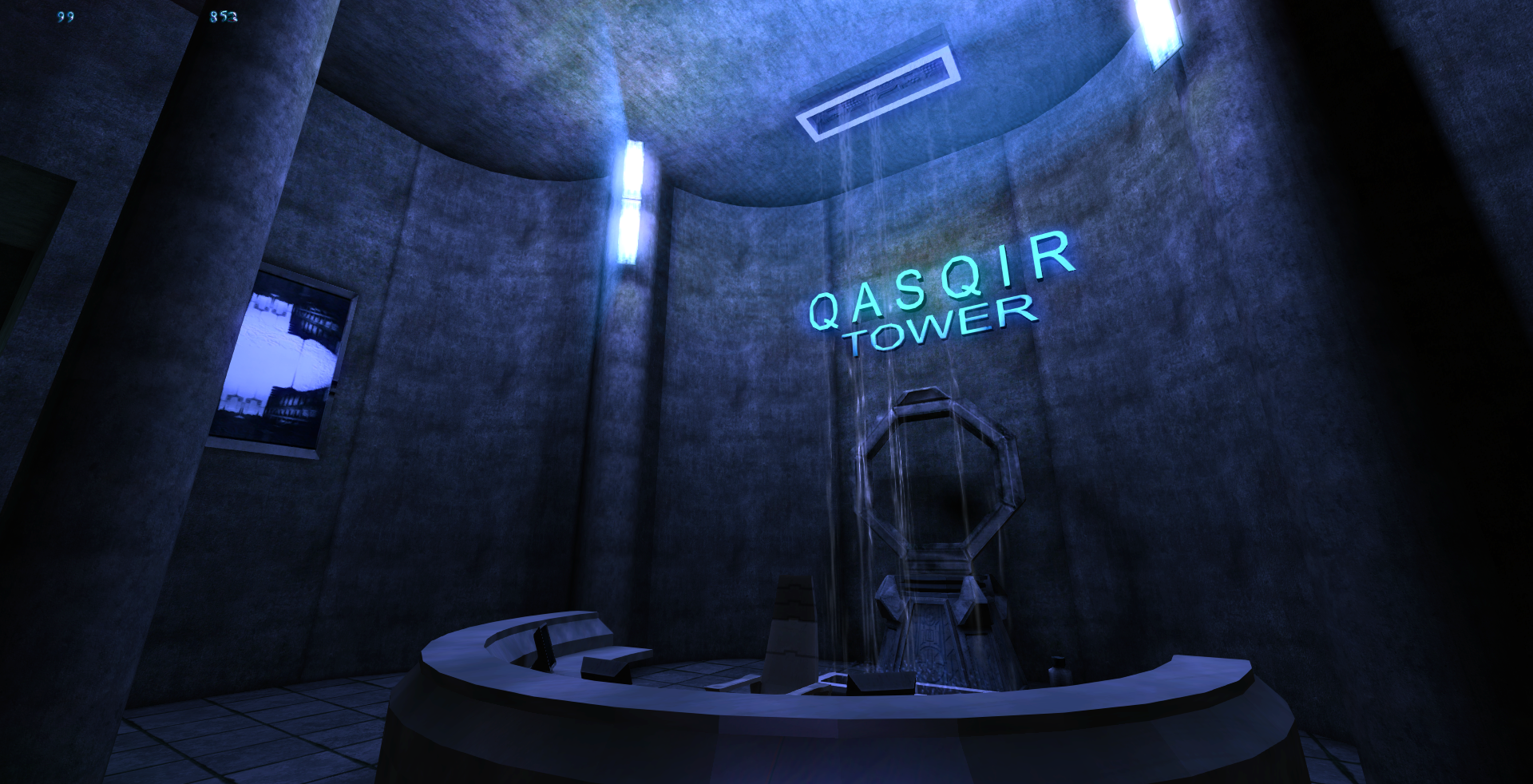 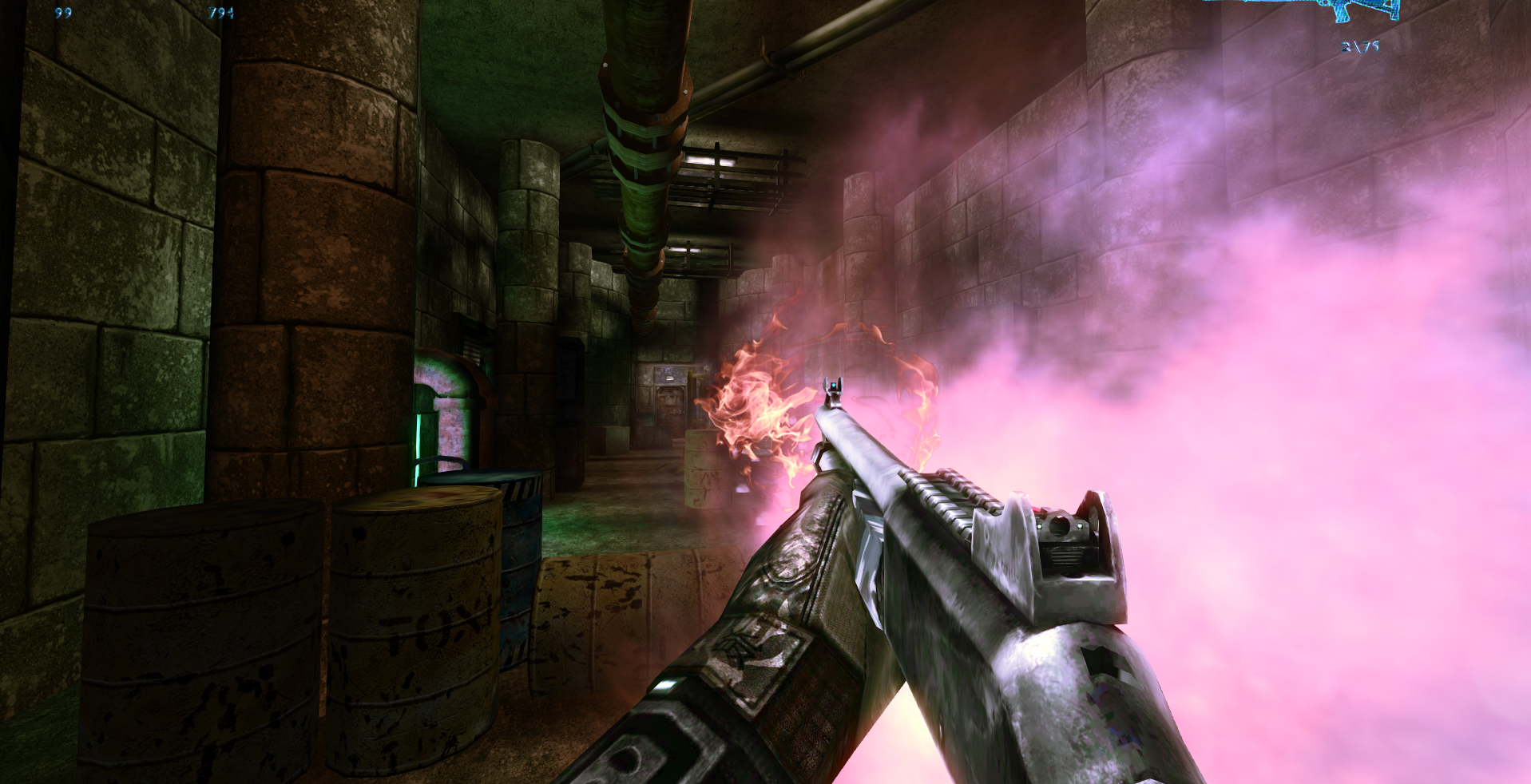 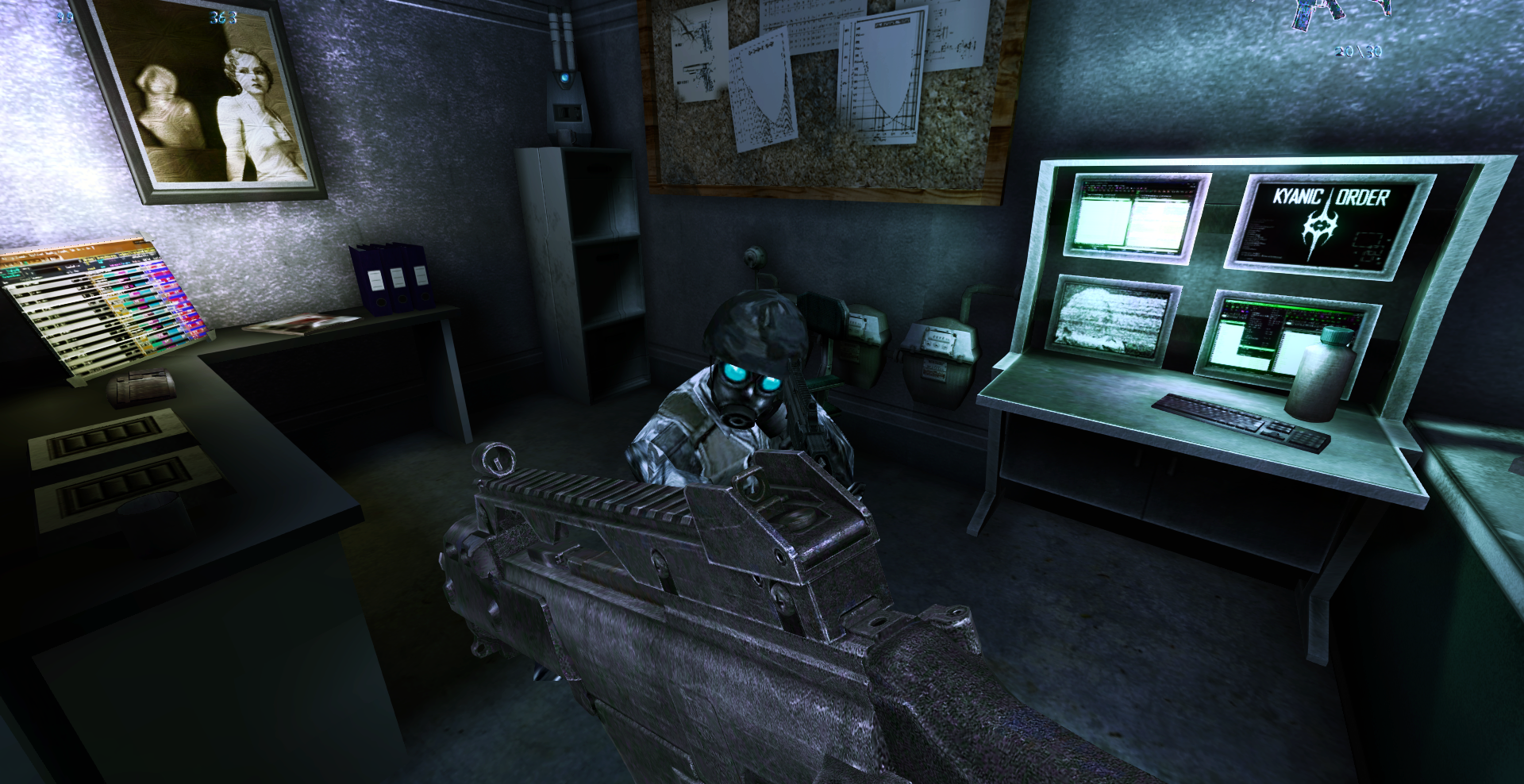 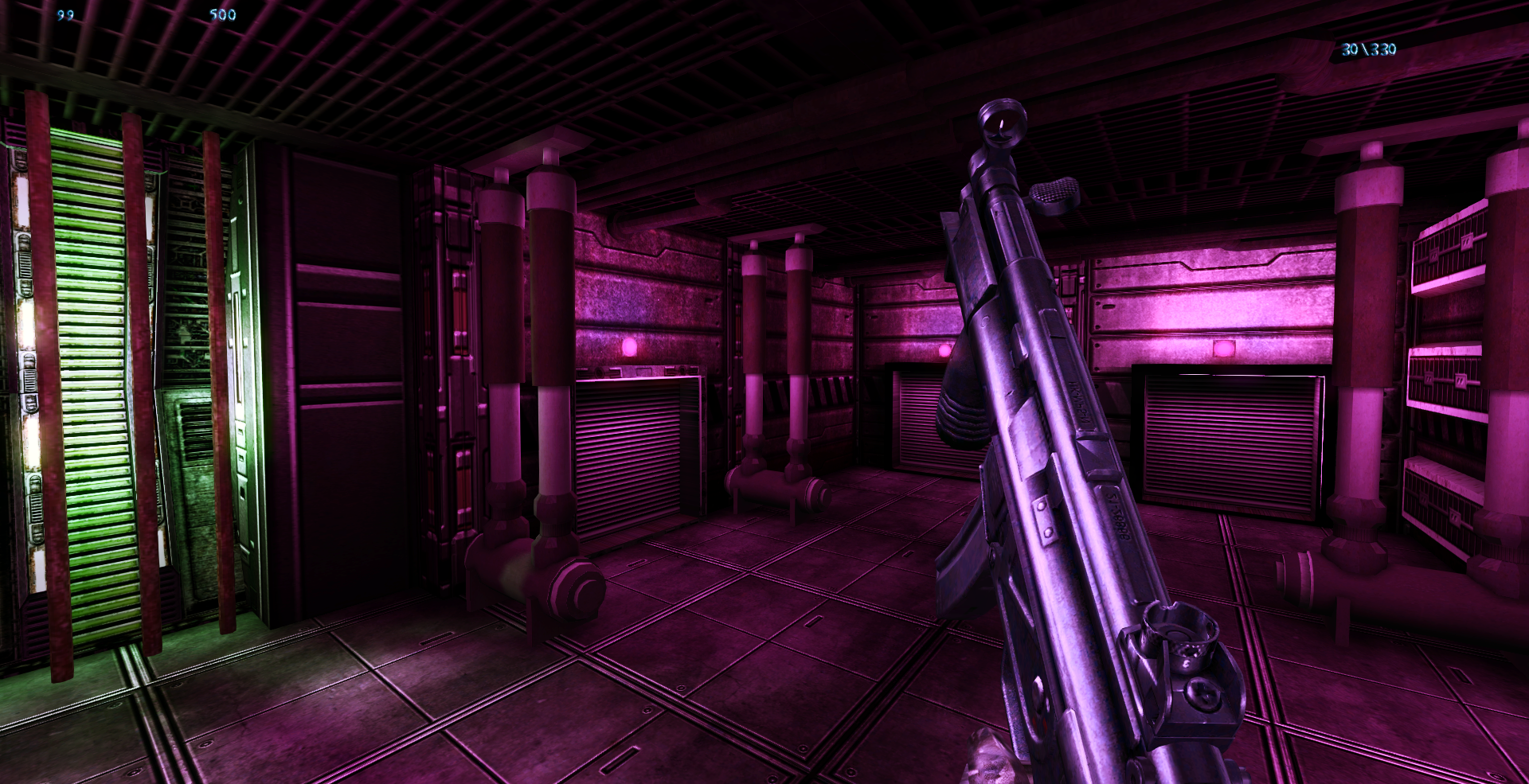 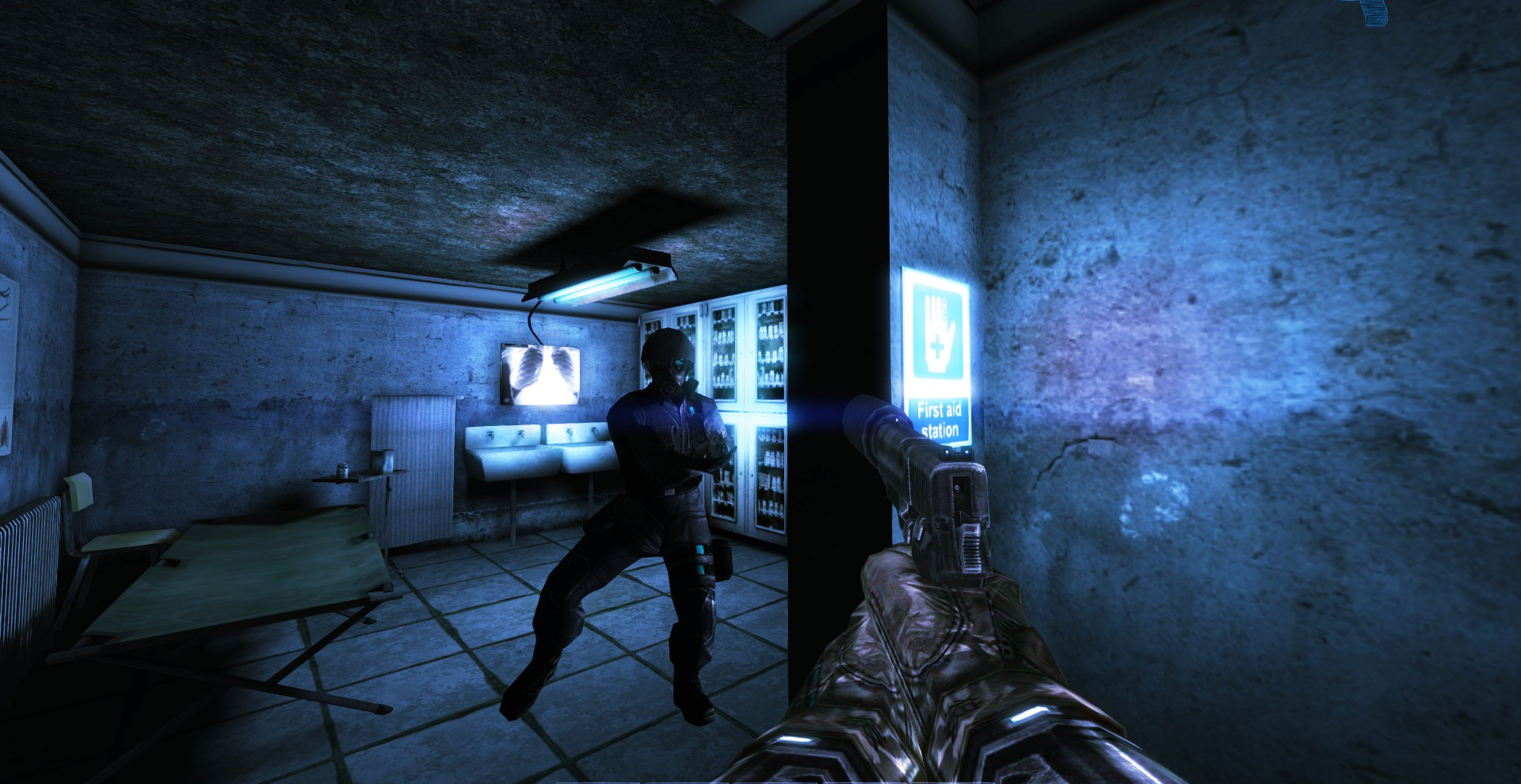 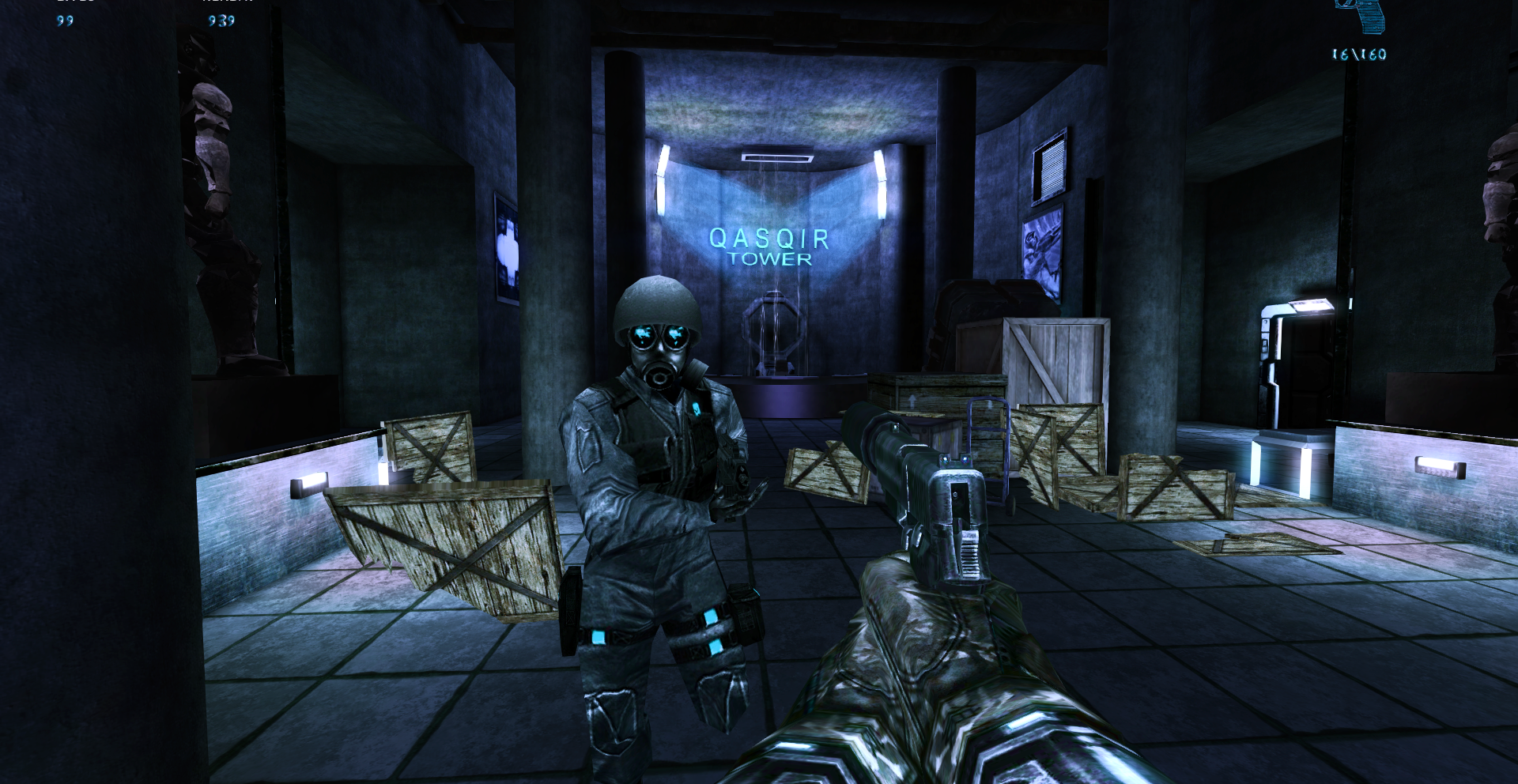 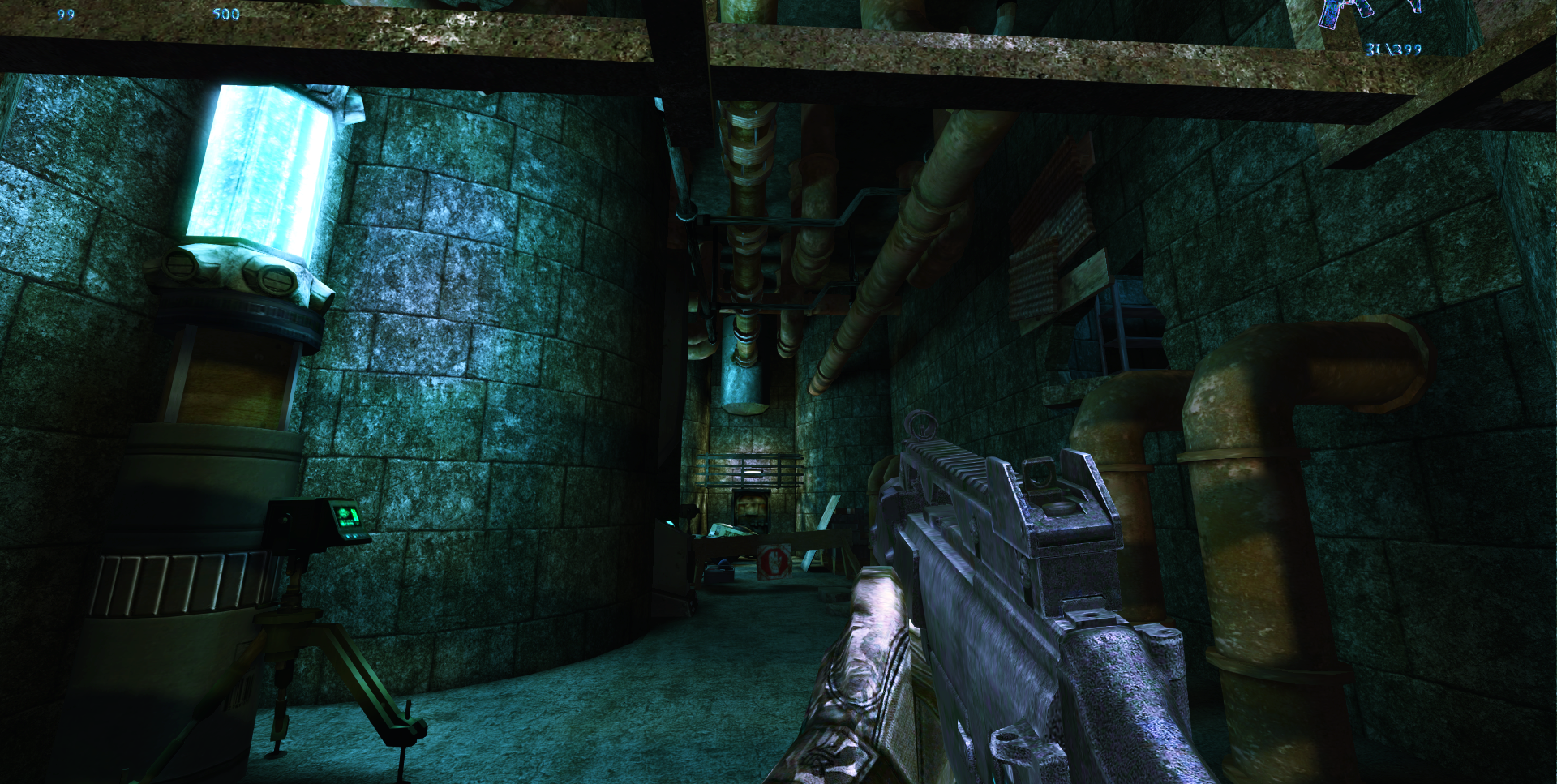 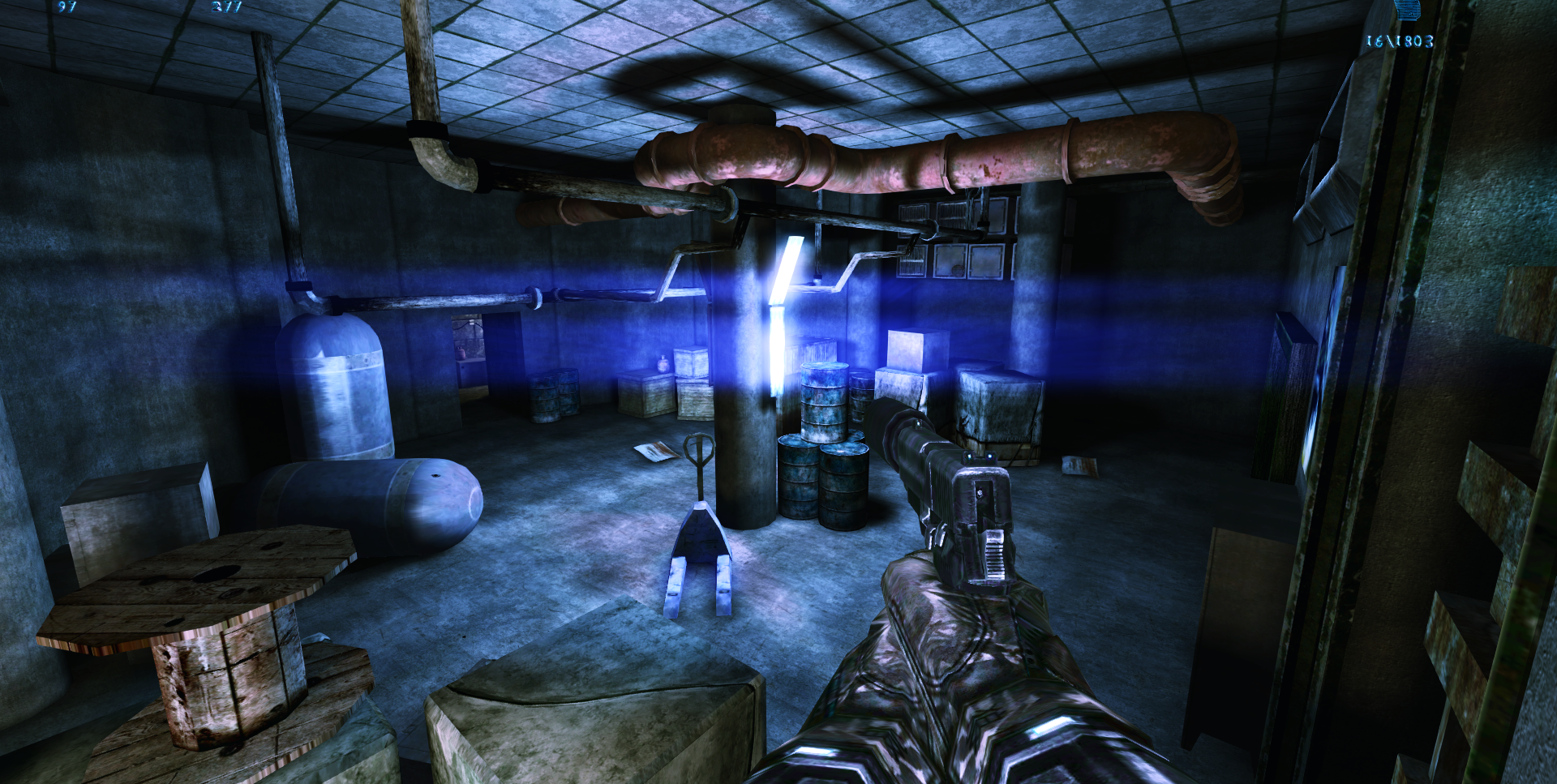 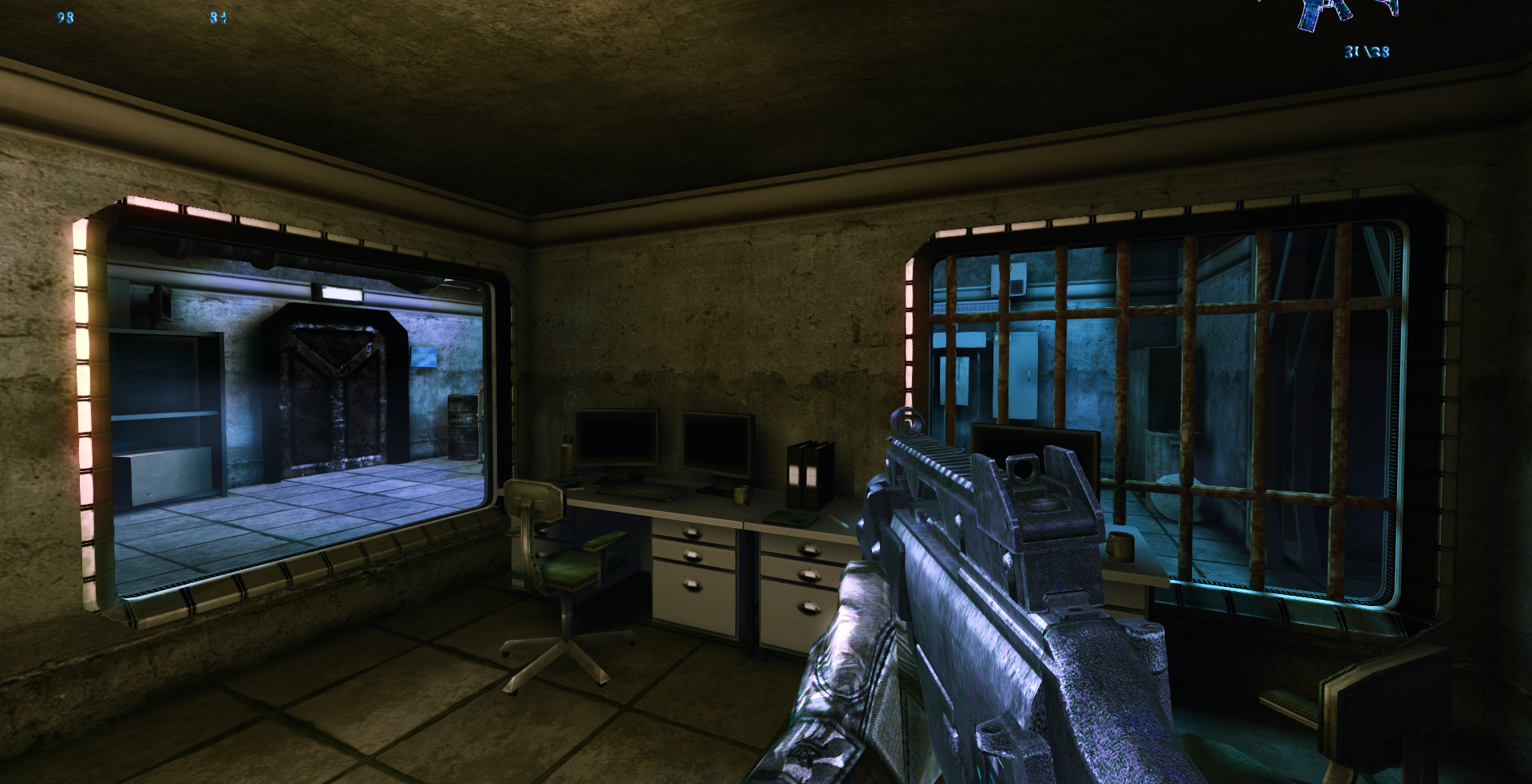 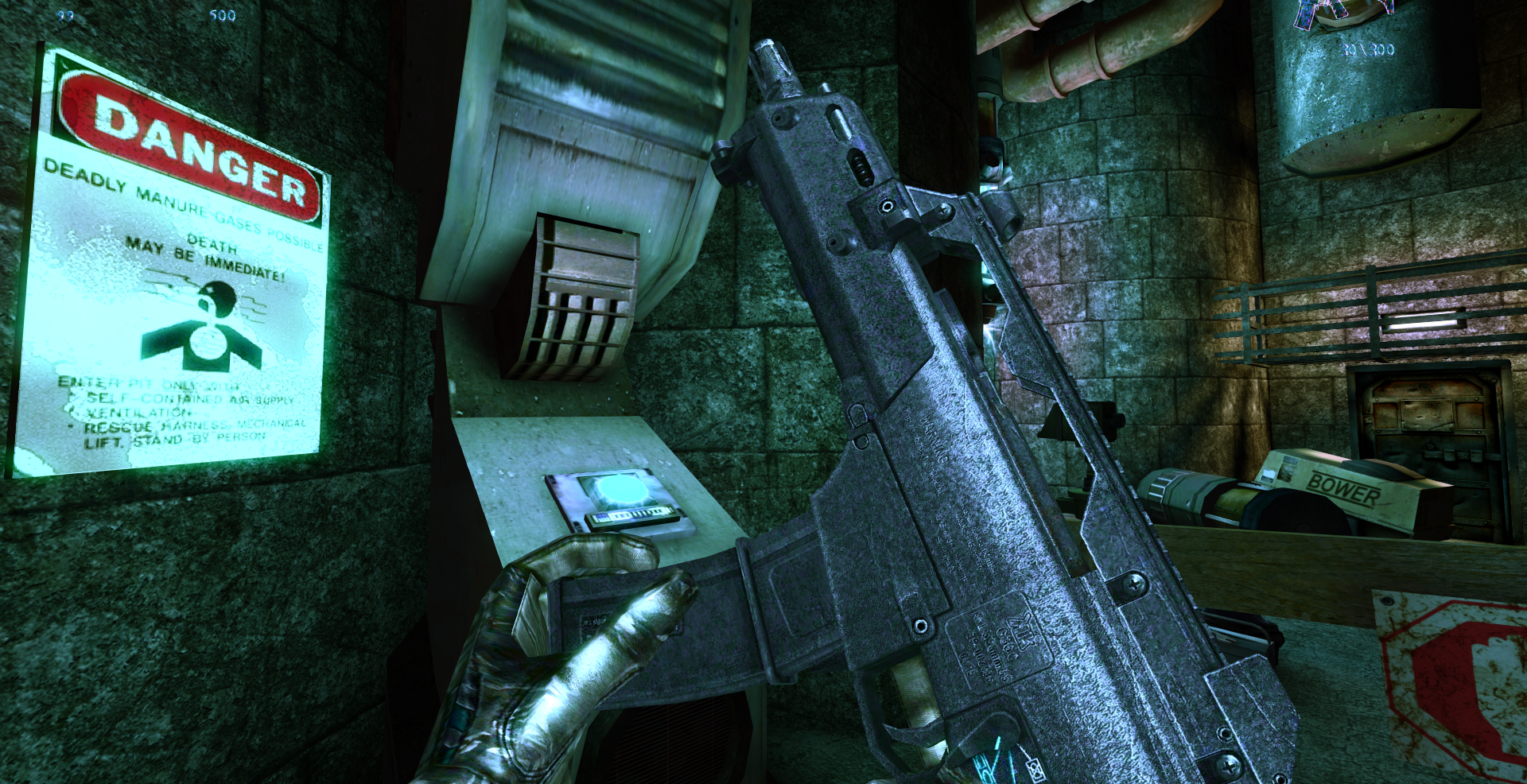 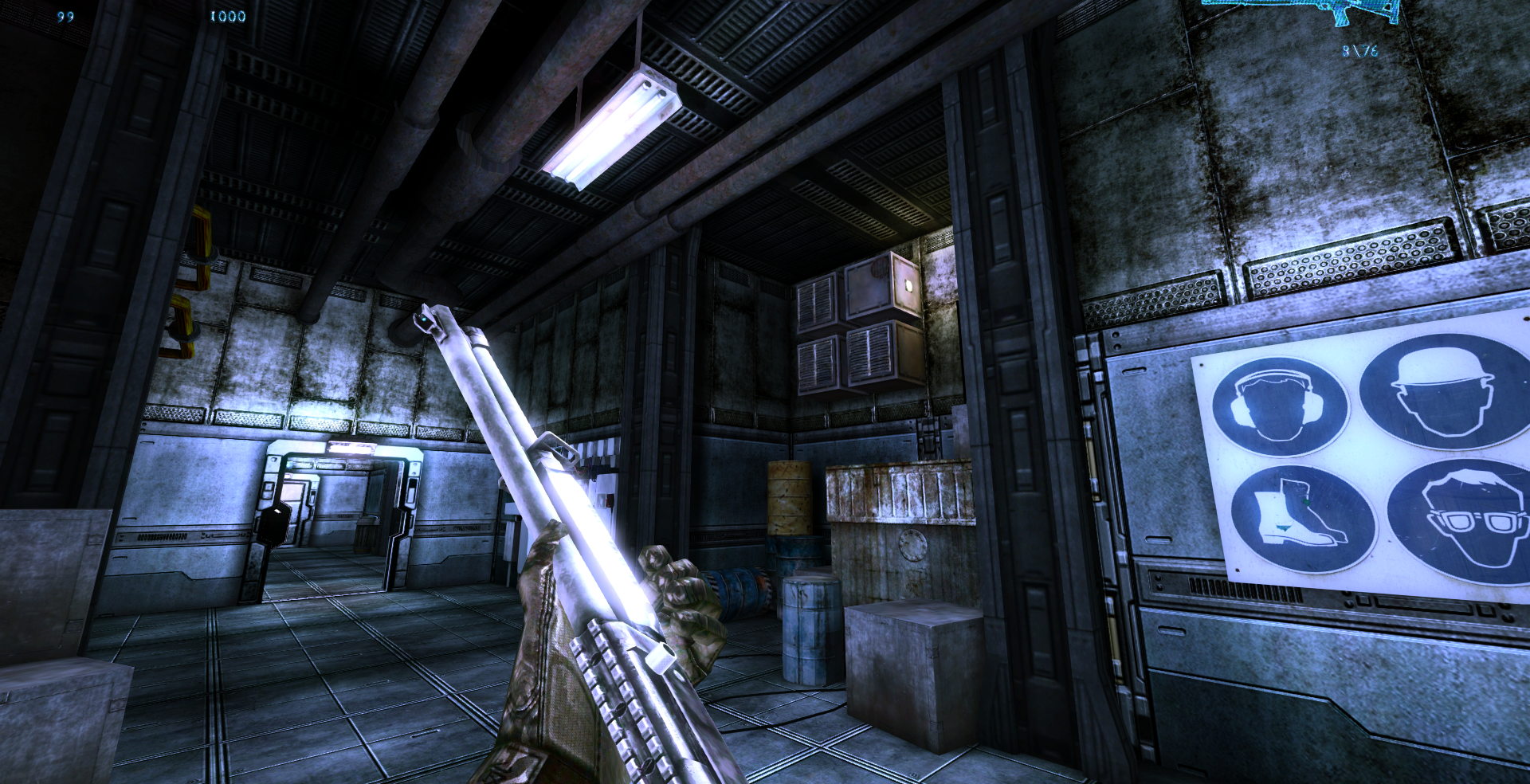 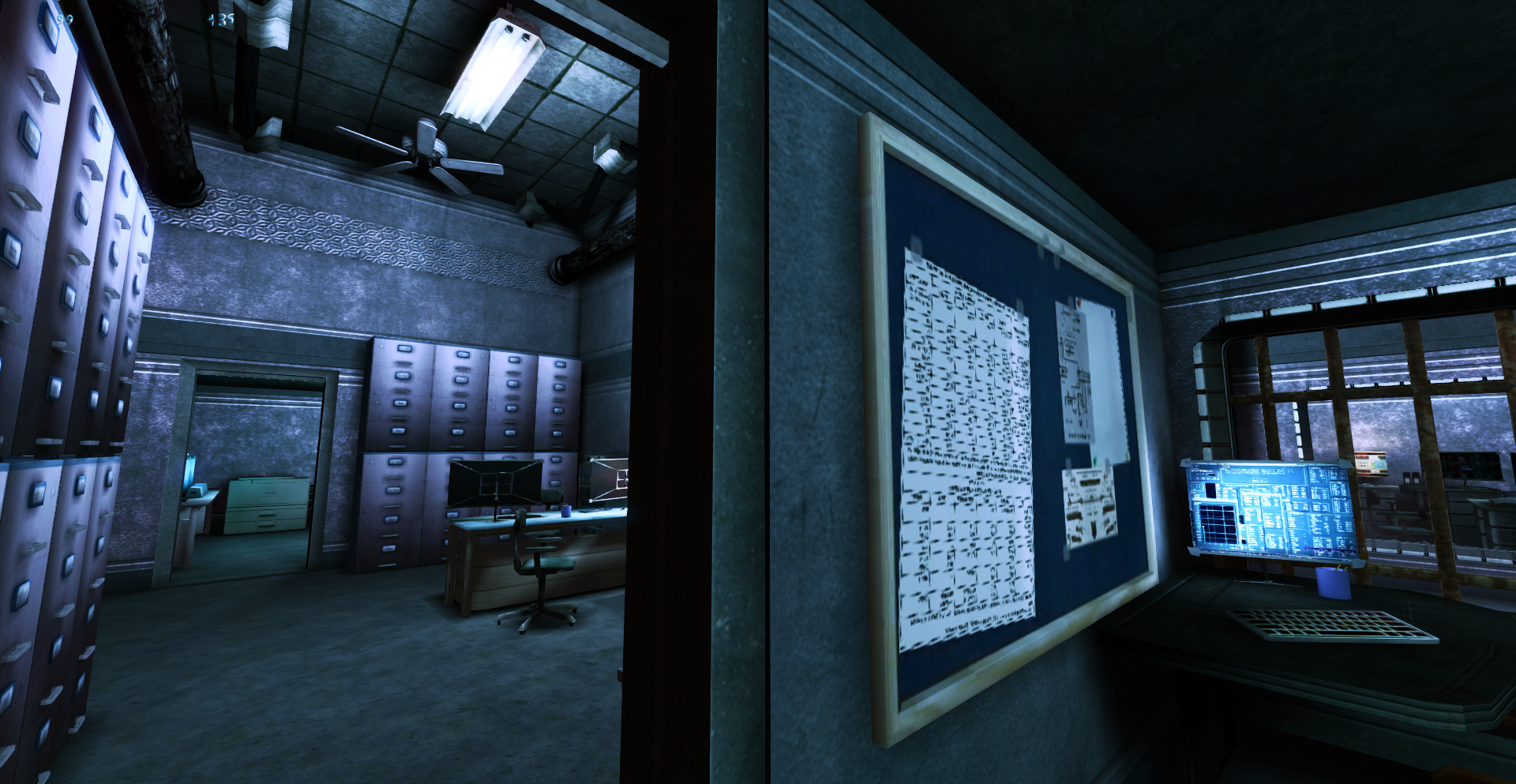 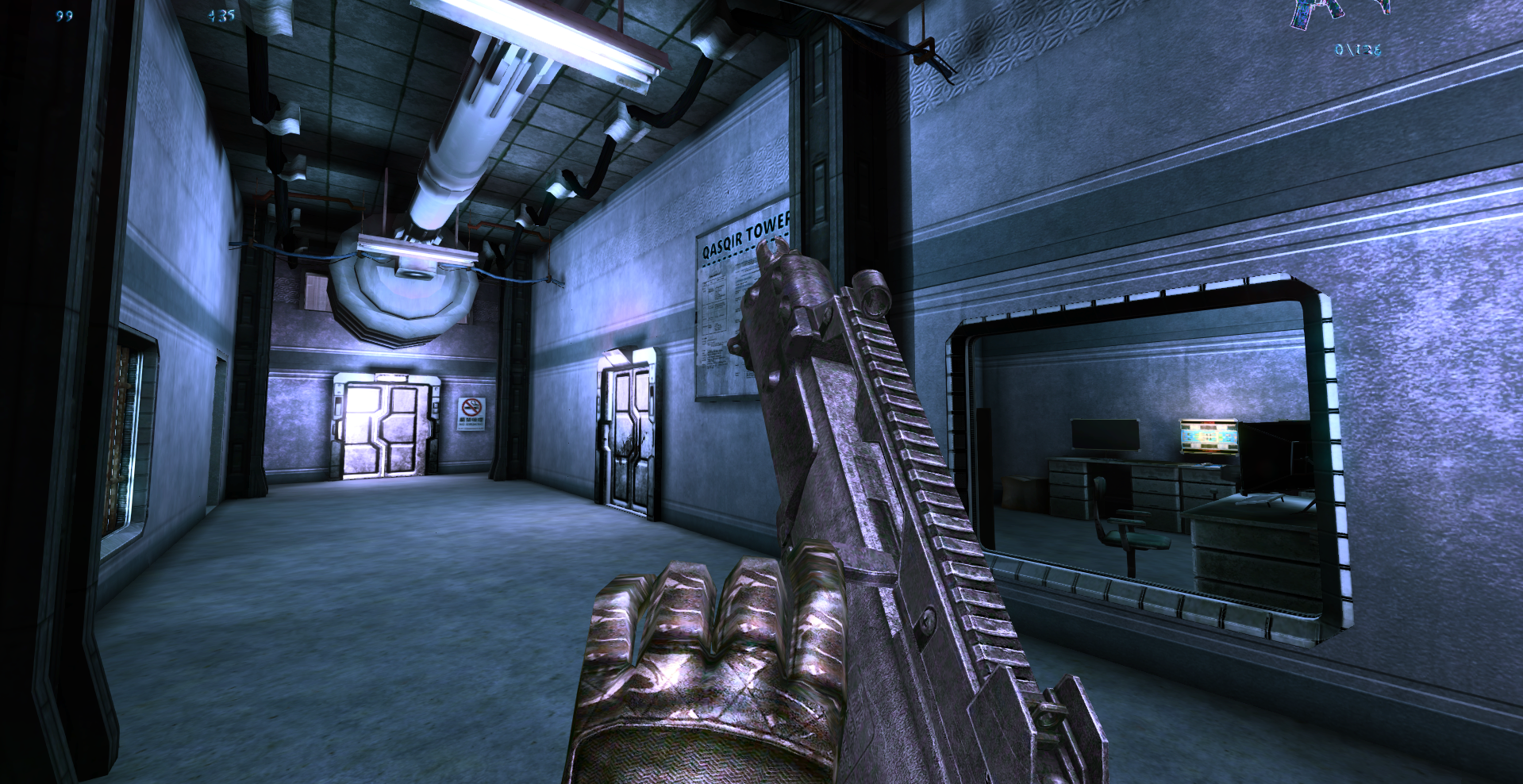 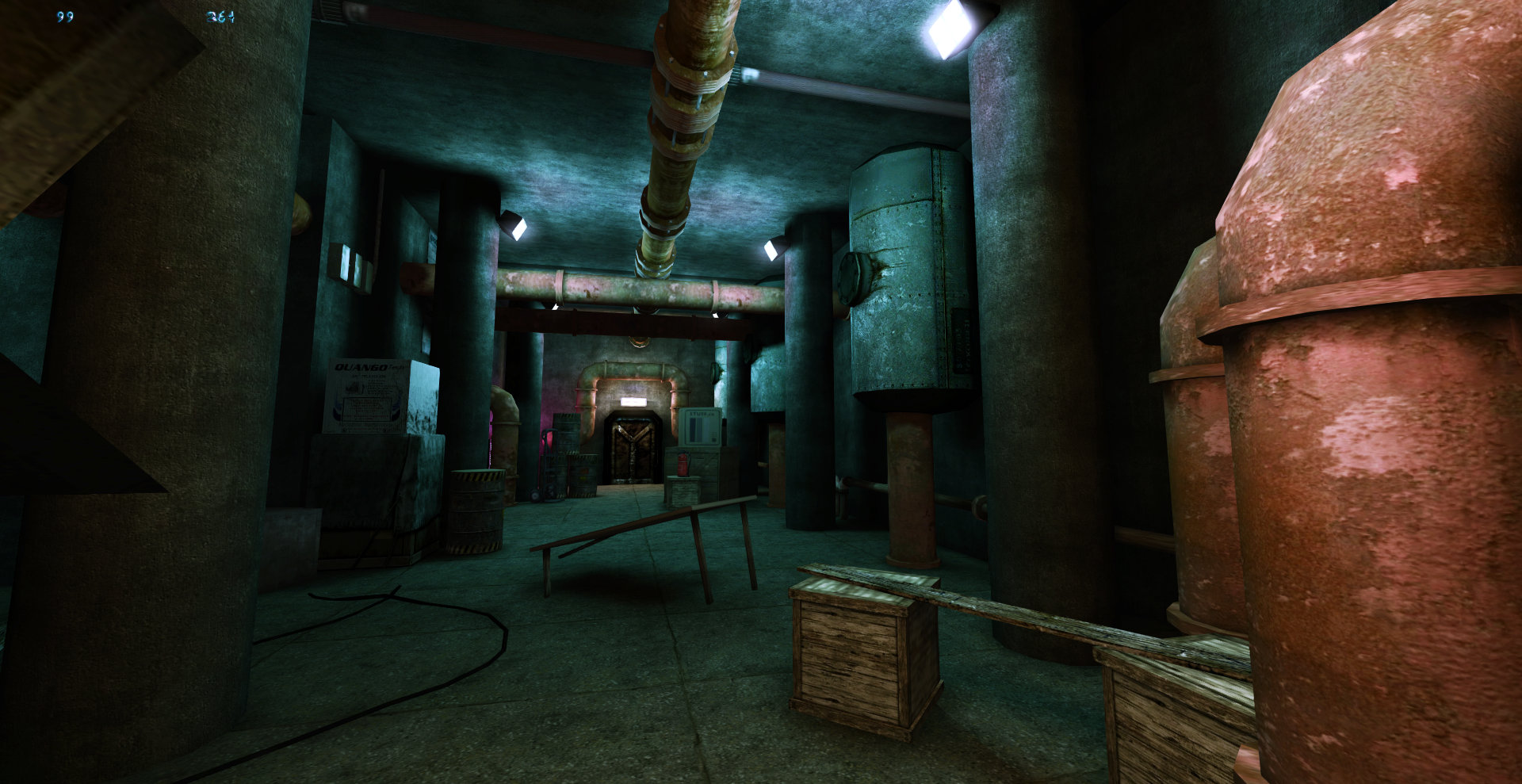 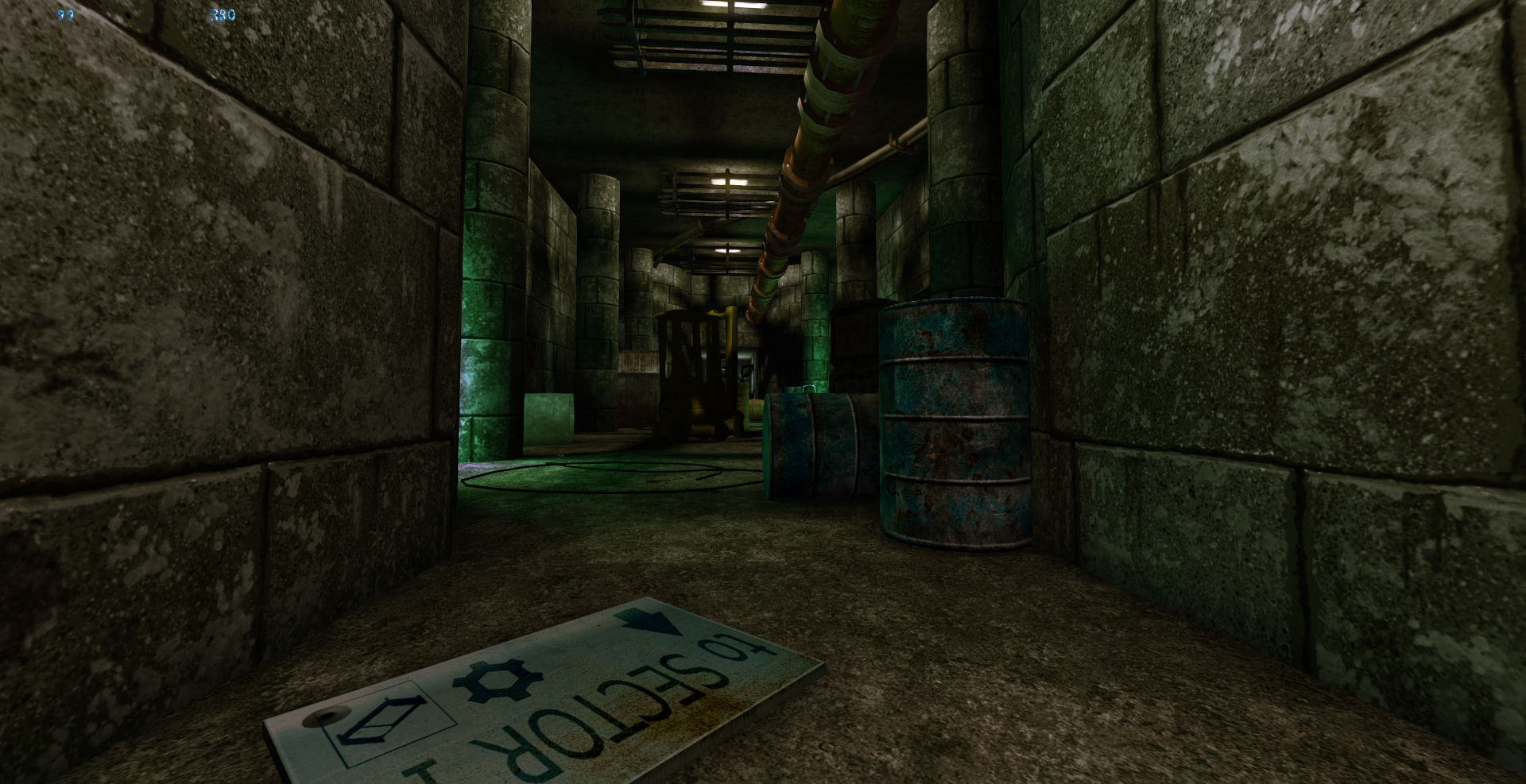 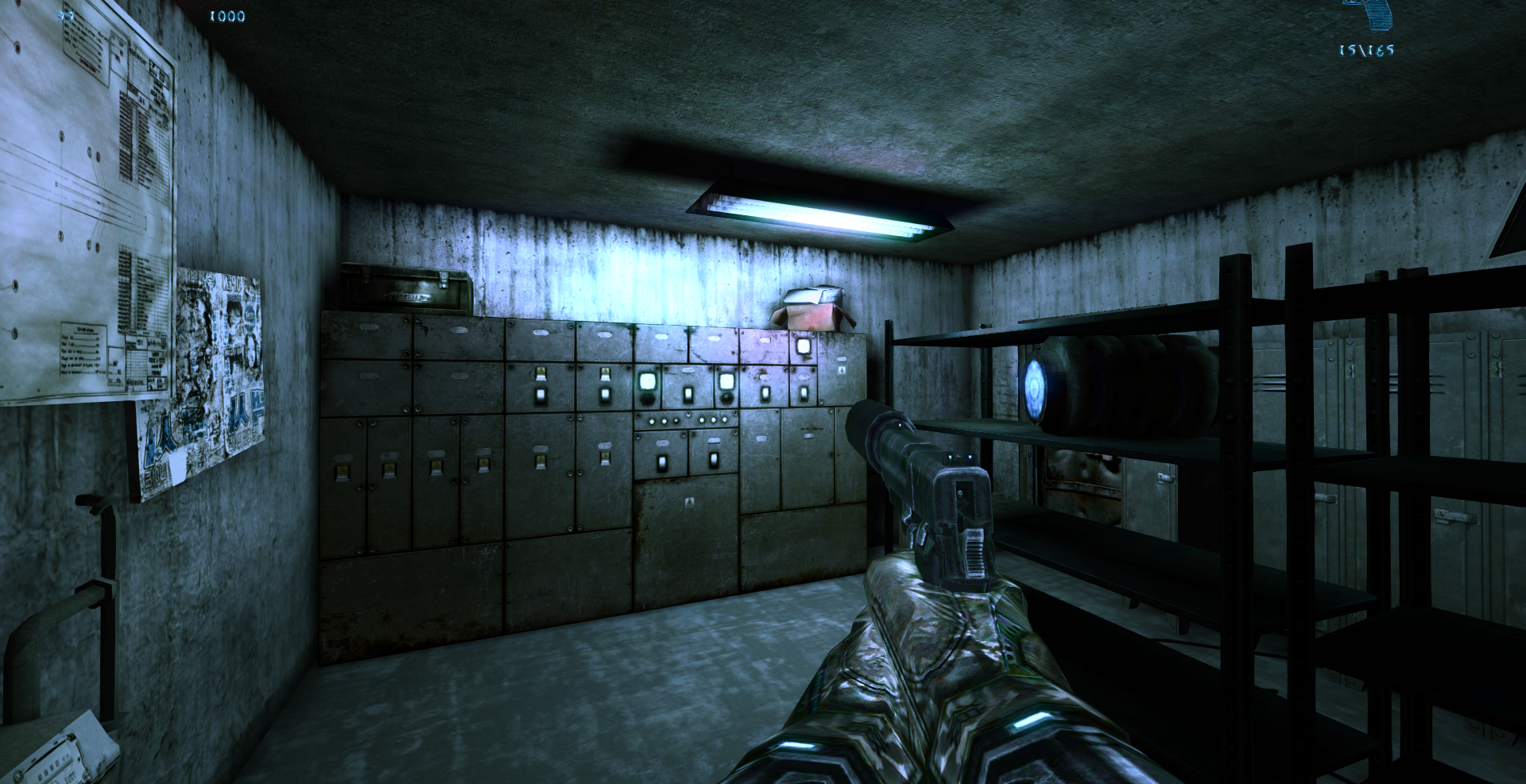 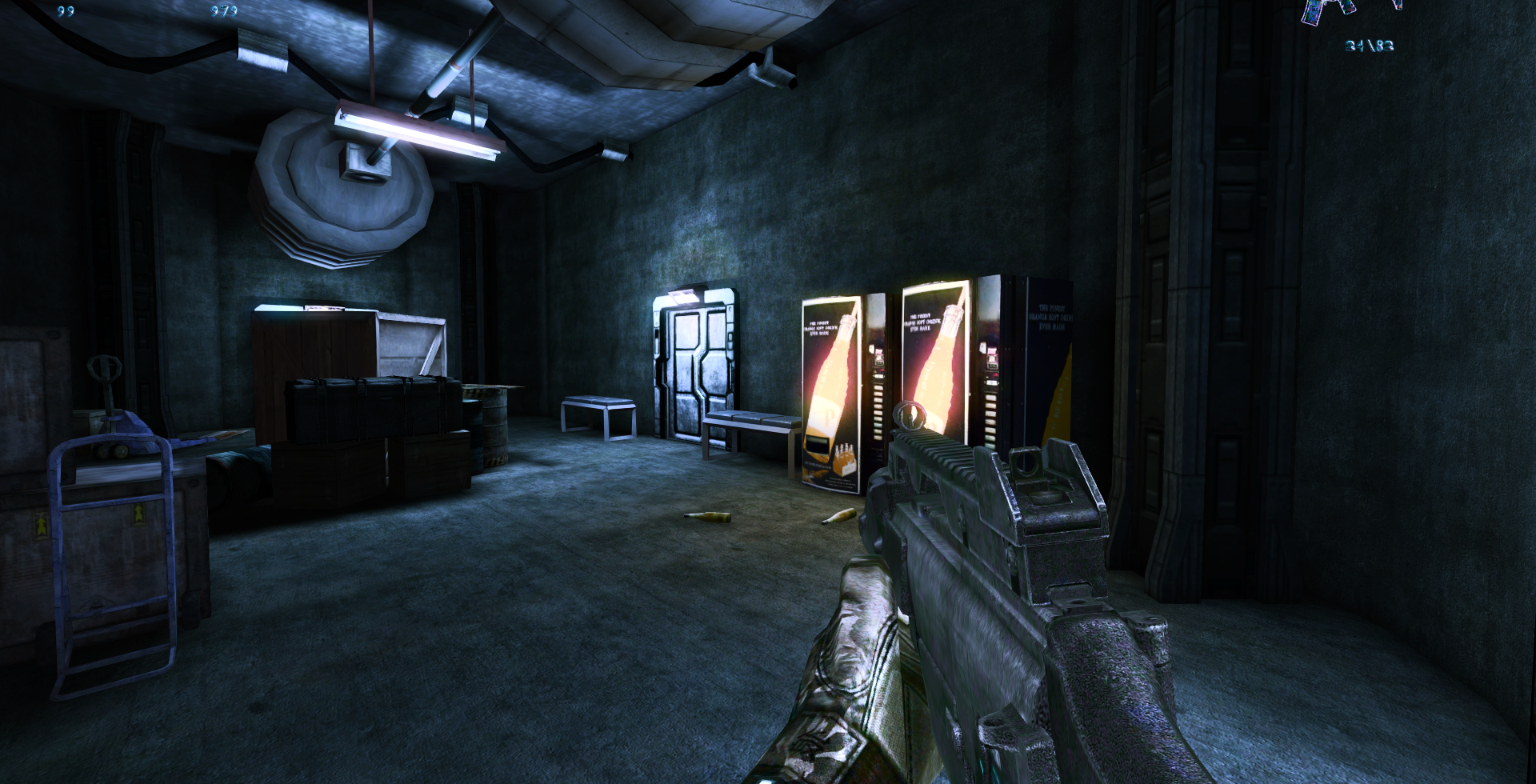 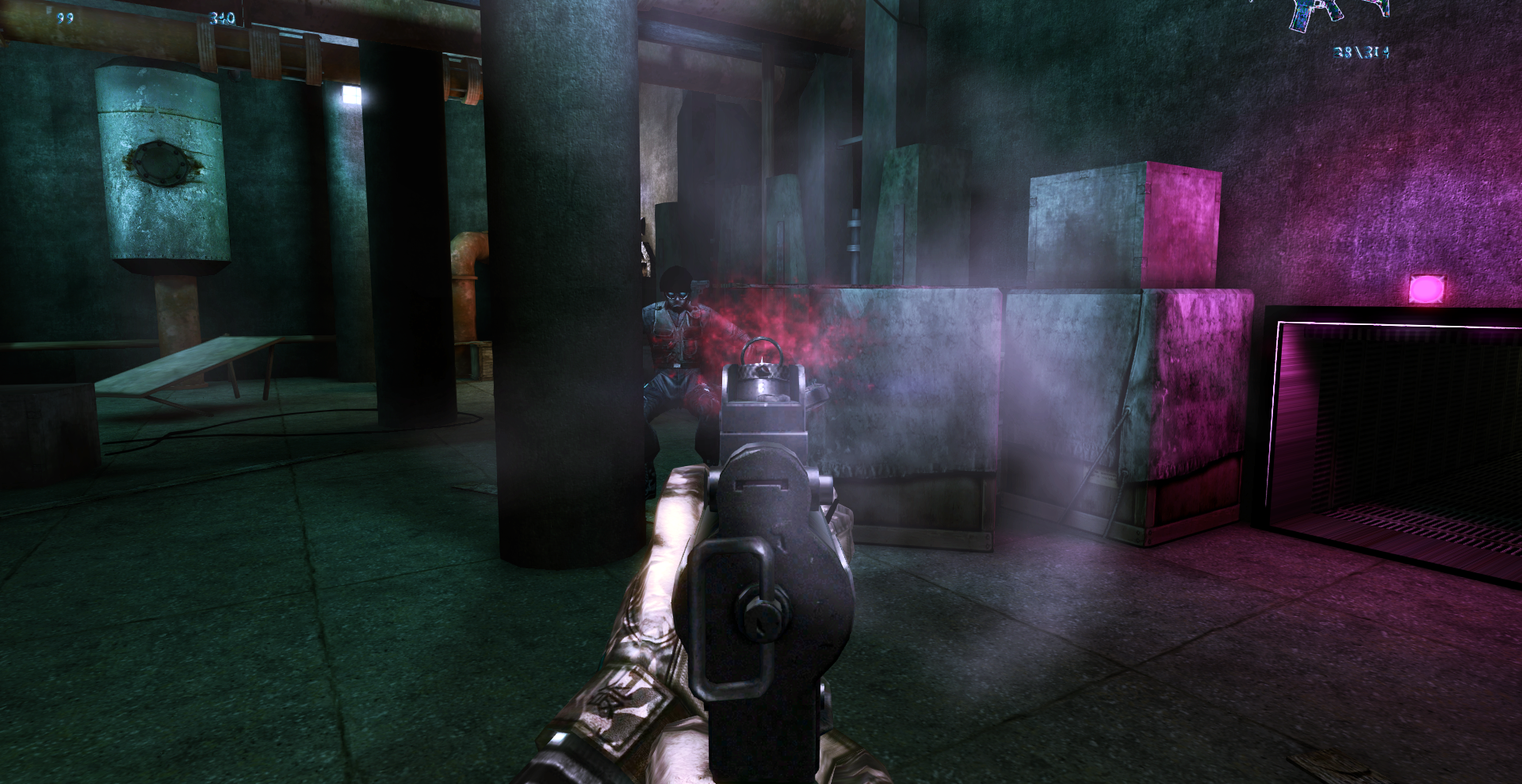 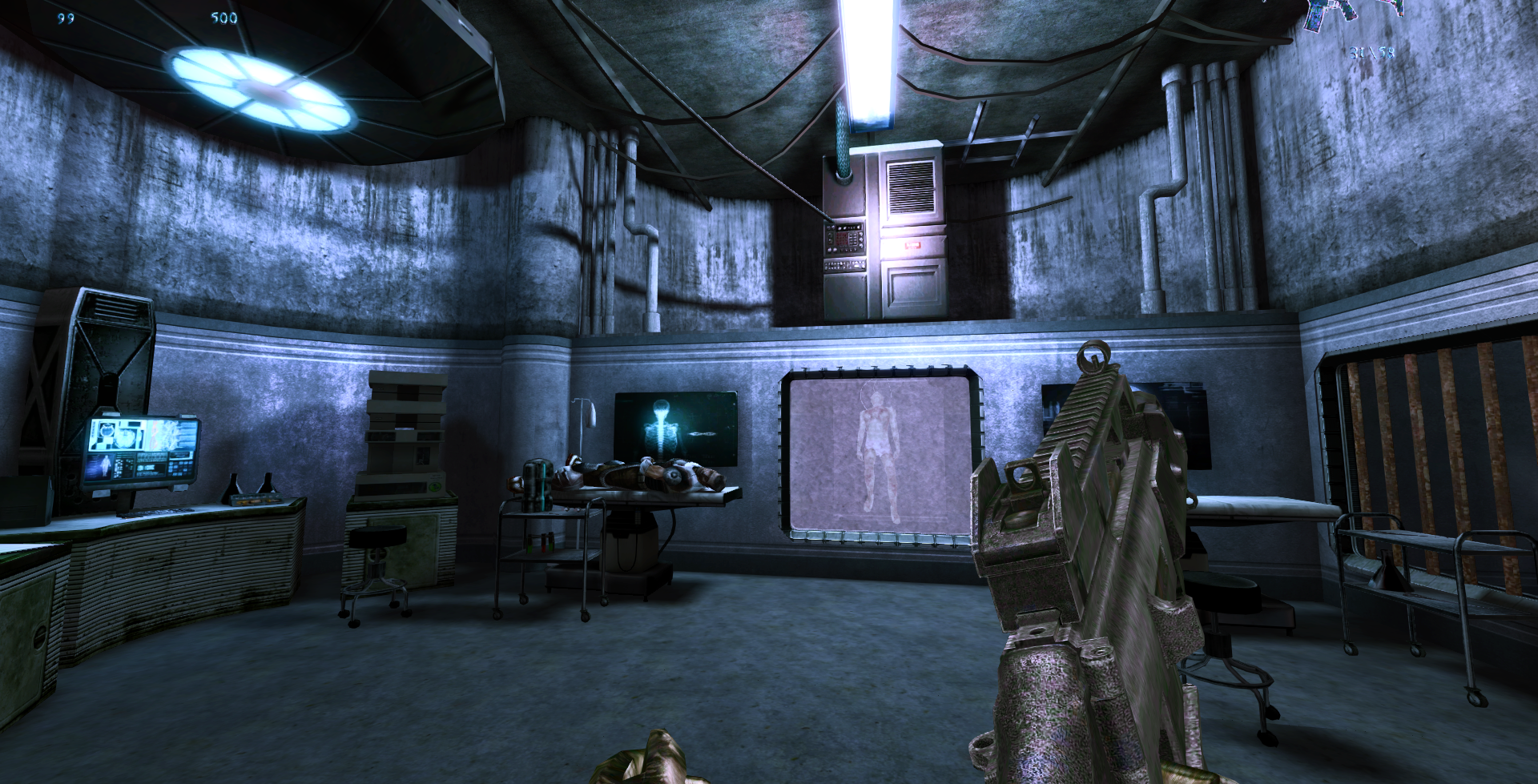