The visual novel AMI: Autonomous Assistant has been released for PC, Mac and Linux.

The visual novel AMI: Autonomous Assistant has been released for PC, Mac and Linux. The first true visual novel I have written and released, it was completed in a month for NaNoReNo, a month-long challenge to create a romance visual novel (although by now it applies to anything). 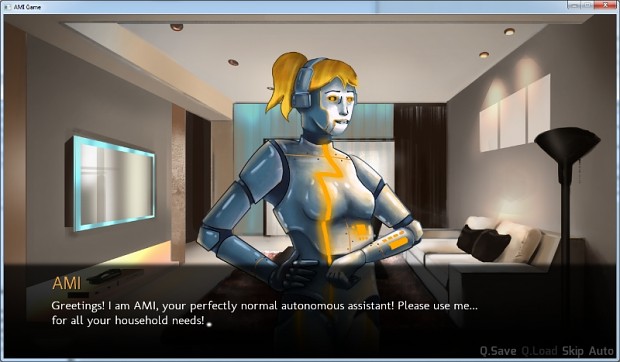 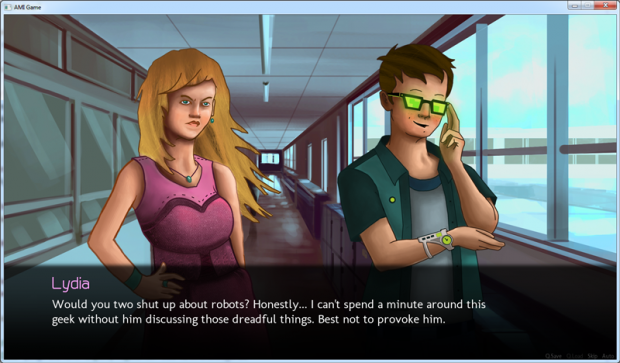 The idea was first thought up at IndieCade, where illustrator Kara Zisa played the demo of Icebound and agreed to collaborate on a small visual novel project. Since then, fellow illustrator Jonathan Guzi volunteered to provide background art, while composer Vince Parrish created a unifying theme for the game and composed a number of short music tracks.

All in all, it turned out to be a successful game development process, and my second month-long free game. Its plot revolves around a student and his new android in the near future, and contains a name-able player, as well as multiple endings depending on the player’s choices. Enjoy the game, or post your feedback here!