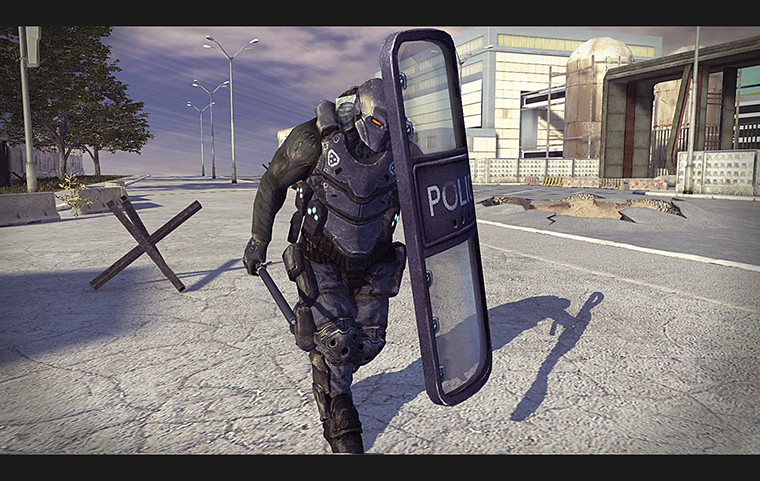 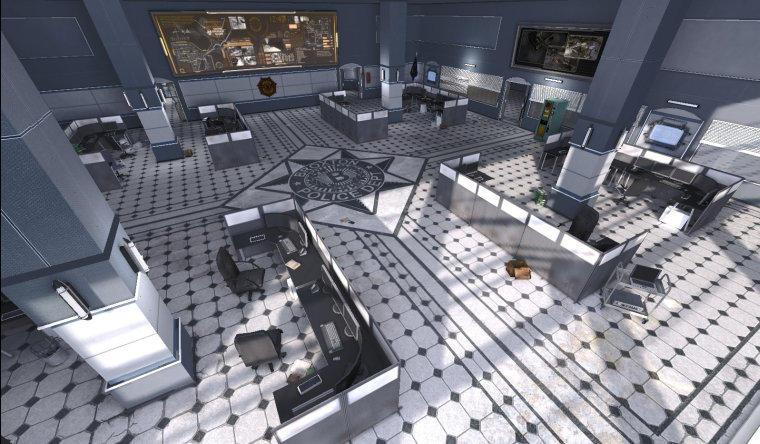 Welcome to the brand new and unique peaceful location - Police Station. Old Marketplace location was closed. Police Depatment replaces Market Place with all its old and some new quests, renamed traders and so on. 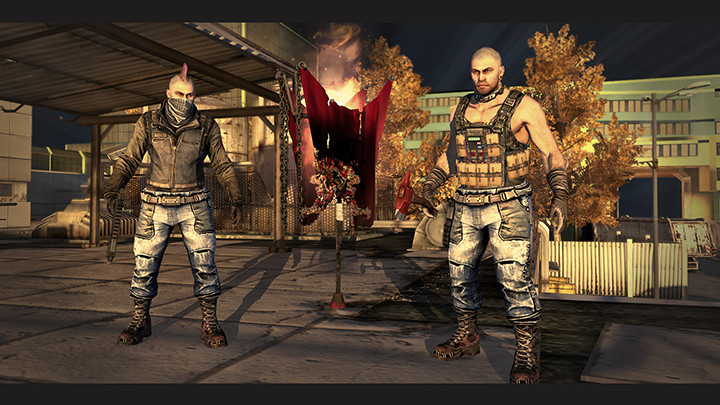 Contracts have been added as a feature of new quest system. All contracts are cooperative and replayable. Contracts can be signed by special NPCs: Jack at the Factory and sheriff Grimes at Police Department.
Contracts are much profitable to perform in co-op! The task is performed much more faster in group of players and everyone gets its reward.
Six new quests for different levels are available in the update.

The order of contracts execution:
- Take a contract by Jack at the factory or by the sheriff at Police Department.
- Get to the sector of defined gang.
- Select the quest in the menu on the left and create a lobby.
- Wait for reinforcement or test your strength alone.
- Or join the expecting reinforcement player or a group of players.
- The task performed by a single player is scored to all participants of battle but the personal progress of a contract is individual.
- Complete a contract up to three times per day. Contracts that have been already completed are not closed for you. You can help someone else go through it but without any reward for you if the complete limit is exhausted.

Raids have been added
The first raid boss has been added - Annihilator. The task is to destroy the Regulator platoon commander, which is very dangerous. The raid is available once a day for levels [11-15]. It is designed for 3-4 players in co-op for 1-2 units.

Active items
Slots fiiling rules changes. You can carry only two grenades but equipment works as it was. Frag, double frag, flash, stun, acid and Molotov cocktails are grenades.

Other changes
- BP bonus algoritm from several pets with prestige bonus has been changed from the multiplication to the sum (bonus that is gained by several pets has been reduced).
- You can`t get to the arena without a weapon.
- Random encounters with bandits while moving on the global map are totally disabled.
- Items with zero durability are not removed during use.
- Shotgun "Shark" has been moved to 4 level and added to the sale.
- Crossbow's accuracy has been increased.
- Regulators gang are more difficult to win.
- Message "Crit" appears above unit's head when it happens.
- NPC type icons in peaceful locations have been added on the radar.
- 100 gold is a new price for renaming main character.

Other fixes
- Effects on the soldiers of others are displayed even after reconnecting the battle (before the fix the effects were shown only on your own pets).
- Initial effects upon the mobs will be visible after entering the battle immediately (previously they were displayed only after casting another effect on a mob.)
- Sideway shooting before movement stops - fixed.
- Squad level updating bug - fixed.
- First win in the event gives the correct award now.
- Optimization of searching the path in the locations has been done. Entering into the walls and "stucking in the textures" issues - fixed.
- Critical bugs that caused the crash of the game - fixed.