Arena Queue
• Now you don`t have to wait PvP join on the global map. It is possible to stay in PvP arena queue being on peaceful locations, as well as minimize the window while searching by clicking on the 'X' button. The search is performed in the background.

PvP tags
•Tags are not disasseble now, they are exchanger for the polymers by NPC Mark in a peaceful location Marketplace. The exchange rate is as follows:
1 blue polymer = 4 tags.
1 green polymer = 1 tag.
• For the daily accumulation of Battle points you will be given one PvP tag for the following achievements:
10 BP; 25 BP; 50 BP; 75 BP; 100 BP; 150 BP; 250 BP; 500 BP.
• Additional tags will be available as rewards in PvP events.

Graphics
• Camera shaking issue while tracking the unit has been fixed.
• Shadows quality has been improved.
• Quality settings of dynamic shadows are selected automatically now, depending on the computer's performance. Dynamic shadows can be disabled in the settings menu, it will increase FPS on slower computers.
• Aspect ratio is shown in the video resolution settings now (16:9 etc.).
• New gang`s icons on the global map. 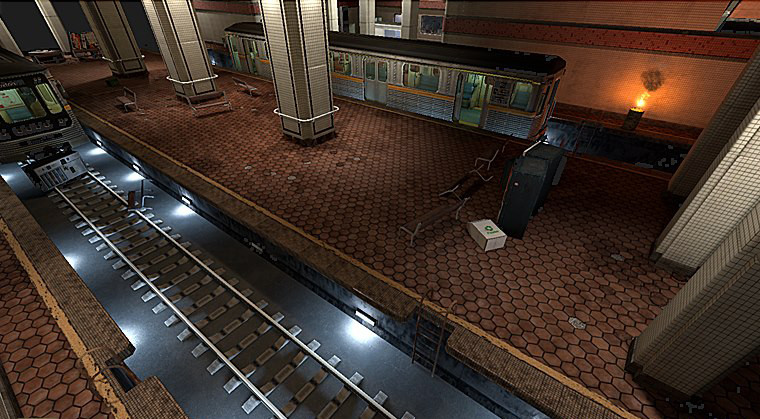 • Metro Station location (in the new version) is optimized and comes back in the game! FPS is at the level of the other maps now.
• Revision of collision bugs and other updates of locations have been done.
• Bug fix of the wrong way assignment through the walls of buildings on maps Warehouses, Boiling Rooms, Factory East Checkpoint.

Additions and corrections
• Local chat in the battle lobby (trainings and events without joining) is working again now. It is not cleared at the entrance\exit of players to\from the lobby.
• Now you can reconnect to a finished battle after crashes.
• In combat exit areas are turned off now.
• Now grenades inflict damage on the area as it was intended (previously it was possible to shelter from the explosion with another unit) and it deal damage to mines, cameras, etc. correctly.
• Bolts and some grenades have a blinking beacon now (for better visual tracking).
• Fire damage rates have been changed. Now, through armor passes 50% damage to health (previously it was 20%).
• For all the characters with the squad level above 15 it is put to 15.
• Bug when it was impossible to sit down\stand up having 15 yellow AP has been fixed.
• The issue where clan skills were not visible to the new clan members until they restart the client has been fixed.
• Some errors related to the bad internet connection have been fixed (for example, bug that caused drop of the weapon to the inventory or incorrect reload when changing weapon or reloading).
• Some causes of crashes when joining the arena have been fixed.
• Some issues of client freezing when using grenade launchers in combat have been fixed.
• Corpse's bullet absorption has been corrected.
• Mobs should no longer run into the player and block their movement.
• After restart of the client while on peaceful location character will look at the same direction that was just before the disconnection.
• Blinded mercenary can throw grenades and shoot accurately up to 5m now.
• Personal progress during events is displayed correctly now.
• Various improvements of daily PvP events have been made.