Posted by EleonGameStudios on Jun 5th, 2019

While we are constantly making progress towards the first release candidate in our weekly EXP updates, today’s patch will again add a few more toys and feature updates. Enjoy the new Texture-Color Tool that combines coloring & texturing in one tool and an entirely new movement controller mode for vessels. Please note: both are test candidates. So please have a closer look. As always, it will depend on your feedback, if those features make it into the Release Candidate and the public version!

For our creative minds and all builders: we increased the available shapes for the heavy windows by adding a few more of the requested connectors and variants. For those that might wonder if the “standard” and “armored” window groups will be worked on in this way as well, the short answer is: yes!

The Base Attack mode also got a few upgrades to the Zirax Troop behavior: they no longer ignore sentries but they will attack active sentries now (normal turrets will be added in the next update).

But most importantly: Thanks to your dedicated feedback, we now have a basic understanding of what currently works and what needs to be improved in the future. The AI behavior will be improved as we develop, BUT as testing AI in a dynamic environment that does not have any “fixed setup” and thus has a myriad of side effects that could lead to a problem or pathing issues with AI behavior, we cannot just make a use case on our own and even the detailed descriptions will not always help to track down why AI behaves as it did. So we would like to ask everyone who has or had an issue with the BA Attack in a specific base or setup, to either send in a Blueprint of the contested base OR (better) send in the savegame to the feedback thread. This way we can directly check the setup and will not lose the important context and all the contributing factors. Thanks a lot in advance! :)

Last, but not least, with this update we have also dedicated some time into balancing a few aspects of the game, like mass and hitpoints of certain “door type” groups as well as shields. Please have a CLOSE LOOK on their new values and report your feedback in the appropriate threads in the feedback forum, so we can see if we are on the right track with those changes.

You can find all the feedback threads pinned in this forum: Empyriononline.com
If you cannot find a certain topic already created, feel free to start a new thread right away!

As always, please also report remaining and new bugs right here : Empyriononline.com
Please also check your reported bugs and update your report if bugs that are not fixed despite labeled as fixed or listed as fixed in the bug fix section of this post. 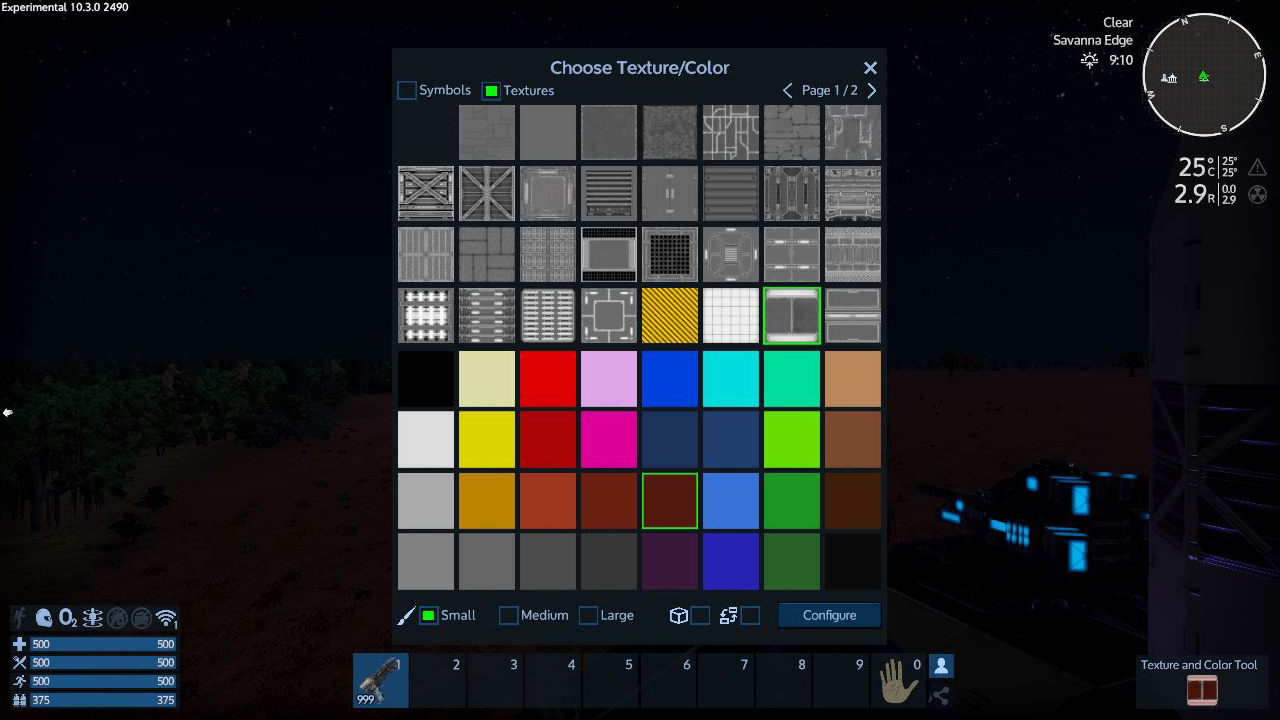 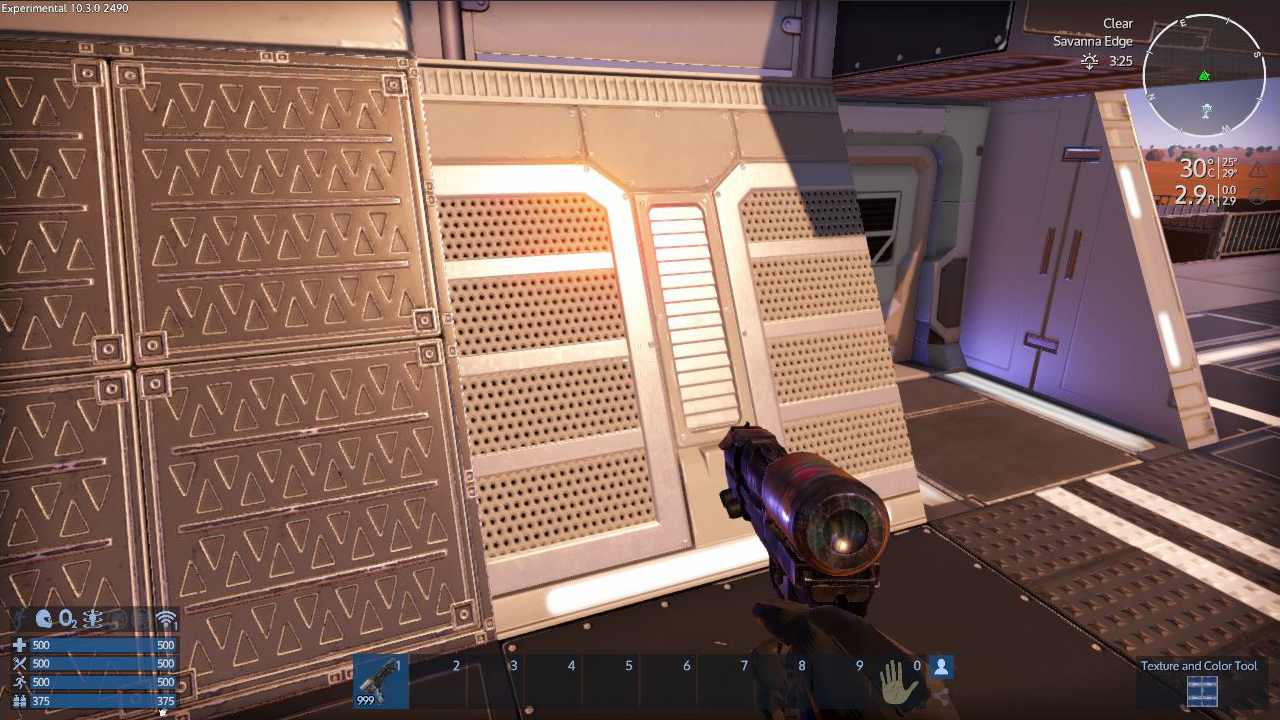 Instead of applying first the new texture, then changing to the color tool and choosing the new color, you can now just choose a texture and color at the same time and the apply both with one click: 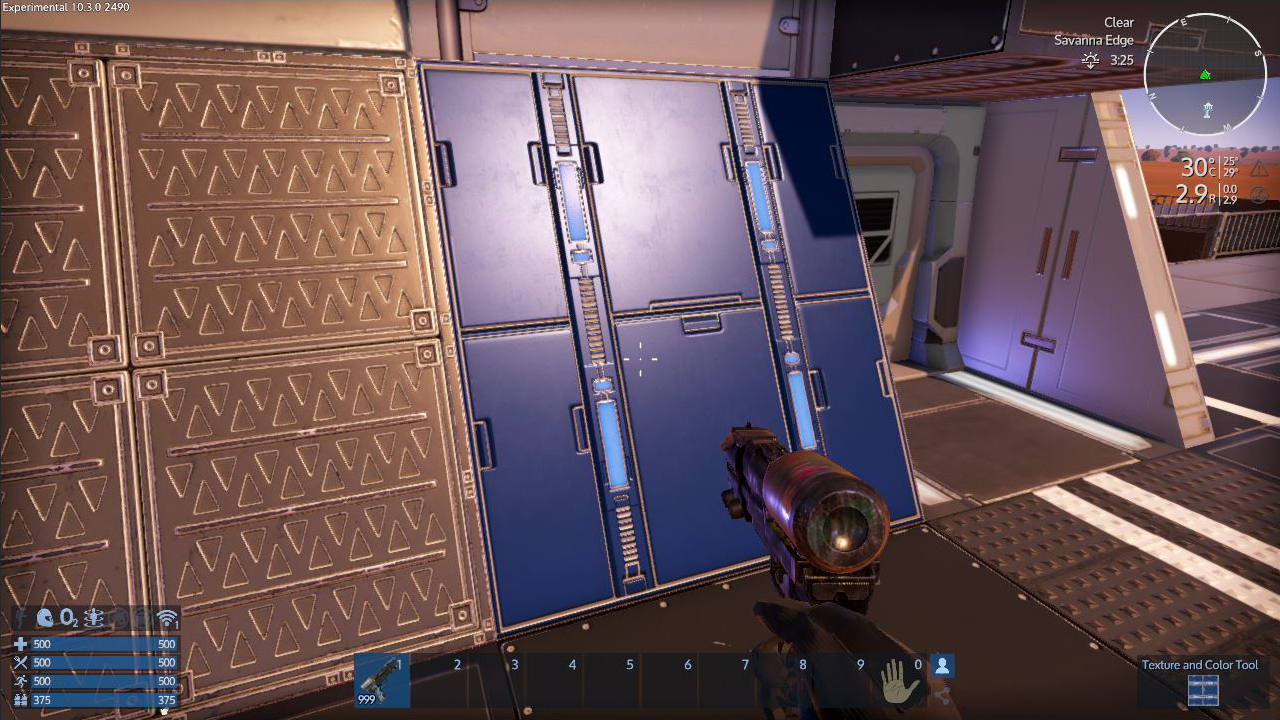 How it works:
- If your mouse pointer (i.e., the circle) is in the center crosshair, your vessel just goes straight forward 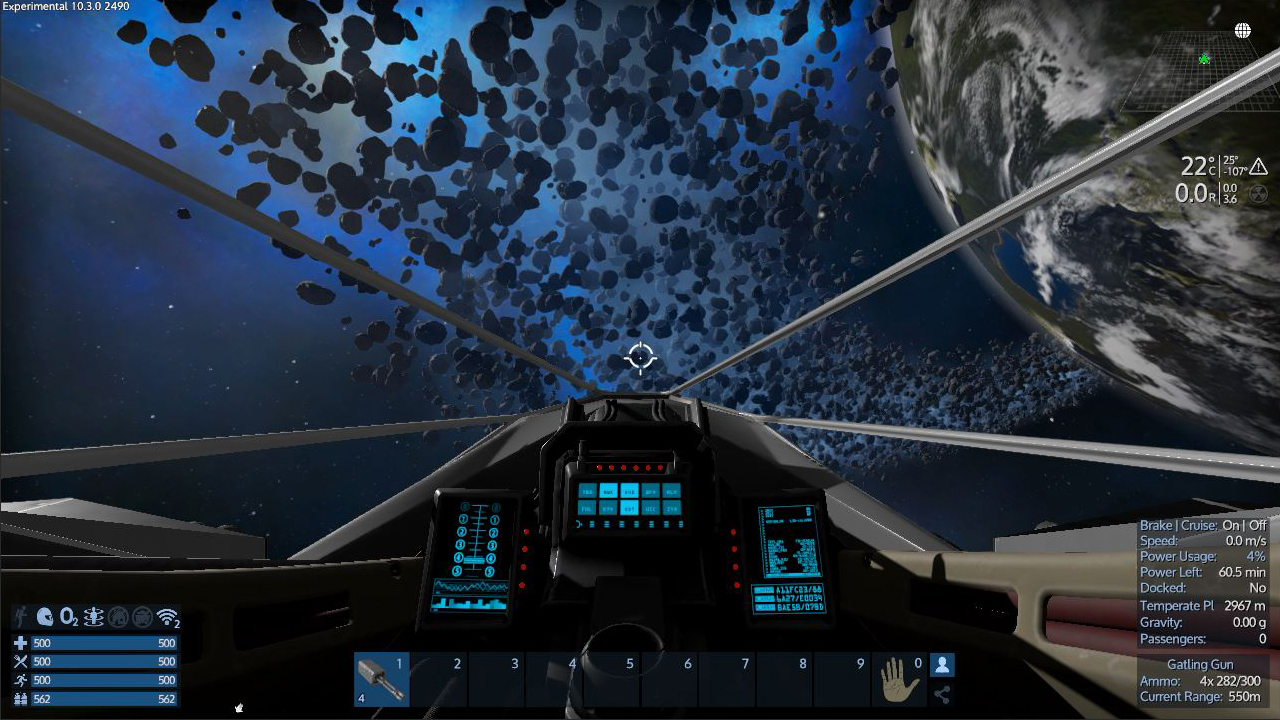 - If your mouse pointer moves out of the center crosshair, the vessel will keep turning "at the direction" your mouse is pointing, and keeps turning in that direction until the mouse is "again", in the center 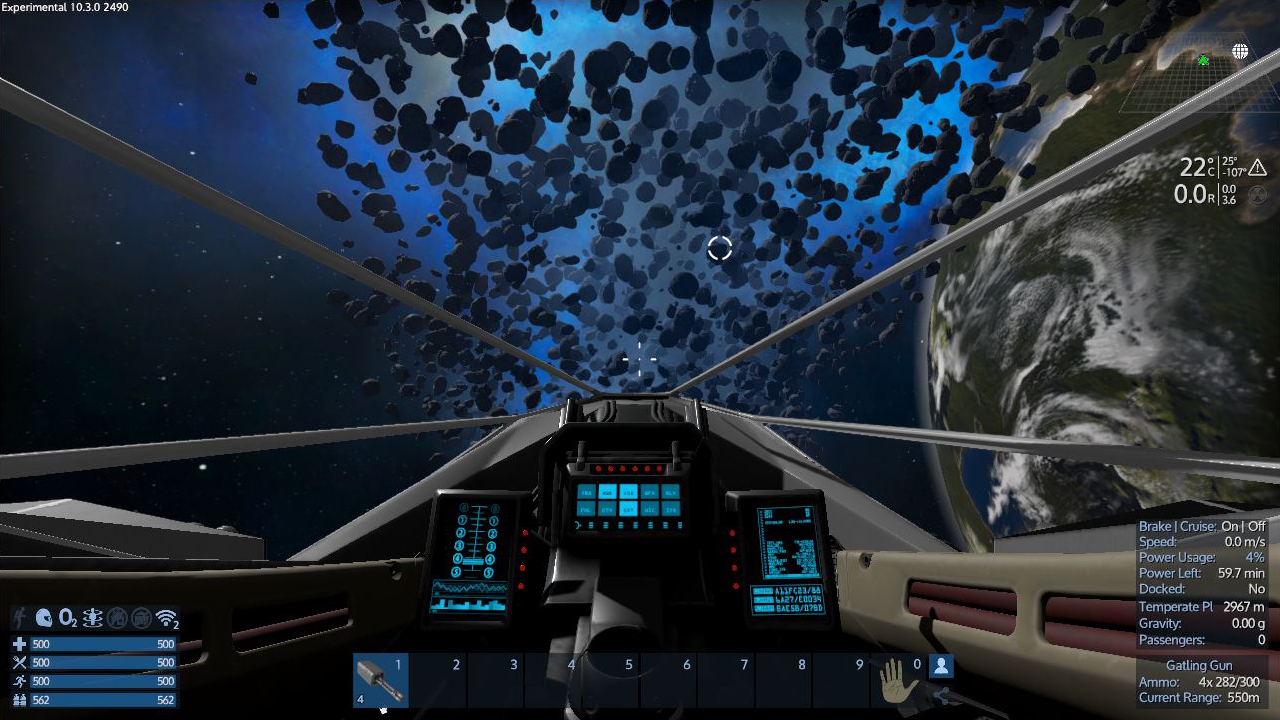 - The further your mouse pointer is away from the center crosshair, the faster your vessel turns 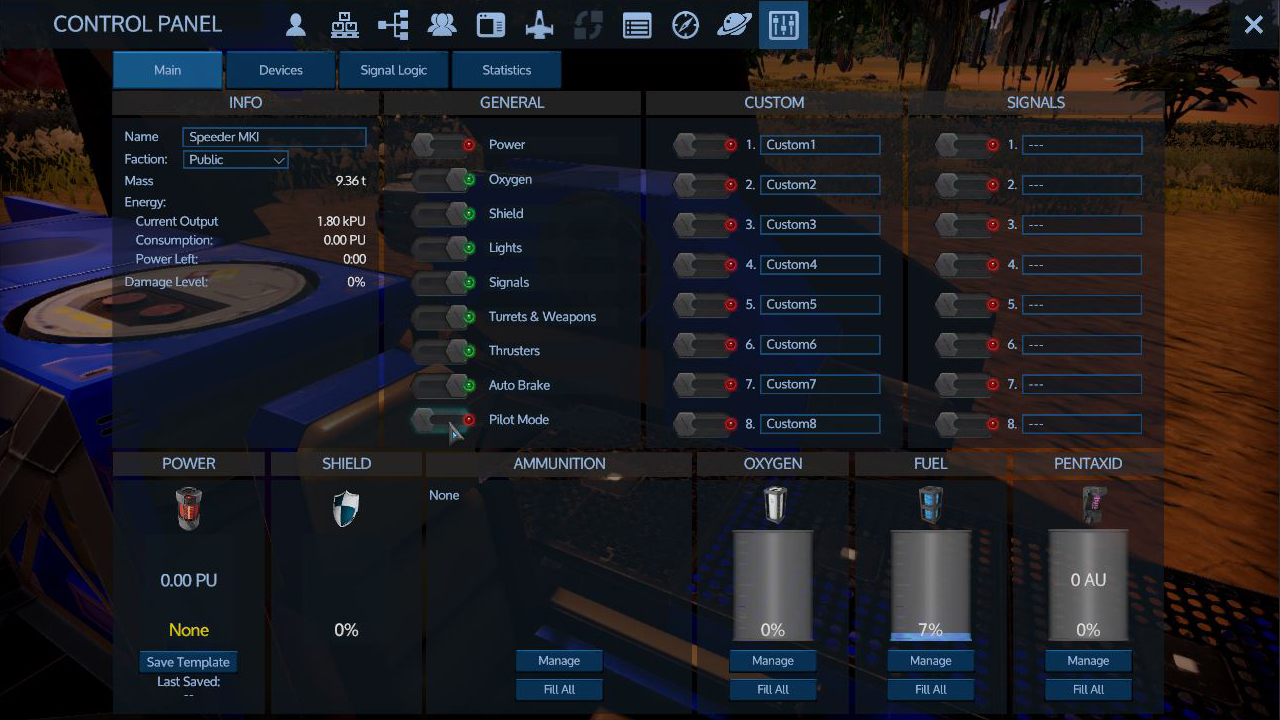 Updated Base Attack:
- Zirax now also attack Sentry Guns (we will integrate normal turrets as targets in the next update)
- Rebalanced base attack Zirax soldiers (increased damage against devices, higher health of Zirax)
- Improved help in console base attack cmd "ba" to make it more user friendly and intuitive
- Added more sentry guns to base in "Base Attack" Scenario
- Checking now if there is already a running attack and then do not launch another attack (avoids multiple simultaneous base attacks on a server)

Bug Fixes:
- Fixed: Starting a 'Default Base Attack' scenario game shows up a exception and attack script isn't running
- Fixed: [MP] Shooting NPC after they are dead gives unlimited xp and reputation
- Fixed: Beveled edges on Heavy windows > now they are completely symmetrical
- Fixed: Mirror issues with Heavy Windows
- Fixed: Some issues with heavy windows such as: HeavyWindowT has no low-tint variant, LMB on HeavyWindowL tints and rotates the block at the same time, HeavyWindowL is also showing an overlapping zone when put against each other
- Fixed: Problem that only the contents of Cargo boxes and Regular "container Controllers" added to ship weight when Mass/Volume is enabled (all other blocks with storage were ignored)
- Fixed: Regression that CP did not show accurate shield percentage sometimes
- Fixed: When the shield is knocked to to 0% it is not entirely disabled (not fully fixed)
- Fixed: Unpick-able alien plasma plant underwater
- Fixed: Reappearing deco that becomes indestructible
- Fixed: Shadow of terrain deco can disappear when player moves head away
- Fixed: Bases are not lowering as far as they should when trying to place a base in the terrain
- Fixed: Base attack command "ba" exception when no faction tag is present
- Fixed: When some cockpits were damaged they displayed a pink texture
- Fixed: Suit lights of other players is seen from large distances
- Fixed: Orbit map markers disappearing
- Fixed: Half-size block shapes missing sides when placed next to other blocks
- Fixed: Problem that Armored Cockpits could be upgraded to themselves
- Fixed: Some hangar doors cannot be closed once opened
- Fixed: Mirror issues: Ramp Connector block shapes
- Fixed: Mirror issue: Ramp block shapes
- Fixed: Windows did not have shadow
- Fixed: Exception when running Default Base Attack. Modify Default Base Attack PDA.cs to conform with new namespace for ModApi
- Fixed: Laboratory / medical equipment did not show LCD displays anymore (emissive missing)
- Fixed: Unneeded '+' icon in active item info and chat log lines
- Fixed: Drilling surface rocks can result in the terrain deforming & sometimes holes appearing
- Fixed: Cargo Palette containers were airtight
- Fixed: RampCHalf was placing the wrong shape (it placed RampD) - same for destroyed version
- Fixed: Retractable rocket launcher turret for all structures types has parts still visible when retracted > fixed now also when spawning a BP
- Fixed: Force field (7x14) collapse (SI) -> we deactivated the 7x14 forcefield and added instead a 7x12 forcefield
- Fixed: Several internal exceptions

can we bind it to a key?