Posted by EleonGameStudios on Feb 27th, 2019

We just released Alpha 9.4.1 from the A9 branch with important bug fixes that cannot wait until the next major A10 release. Moreover, we changed the folder structure of the Client and the Dedicated Server in the Steam install directory to prepare the upcoming Unity 2018.3 game engine upgrade.

The new folder structure is as follows:

Note: The EmpyrionAdminHelper (EAH) tool has been moved into DedicatedServer folder

After updating to A9.4.1, please make sure to "Verify Integrity of Game Files" via Steam Client before you start the game.

Changes:
- Changed folder structure of Client and Dedicated Server in Steam install directory
- Removed NPC faction missions from MP Default Scenario (note that the MP scenario intentionally has a different setup of POI and playfield content. As a consequence, the missions that work in the SP Default Scenario do not work in the MP Scenario. We will have a look at more/new MP missions for the future)
- PDA: Improved POI and Near unit checks to include prefabSpecialLocalName in checks for more flexibility

Sneak Preview of A10:

On the main development branch, our team is working hard on Alpha 10 features which will be announced in due time. What we can already say is that the new base attack with Zirax troopers invading the base is coming along nicely.

The Zirax are approaching your base with drones and troop transporters: 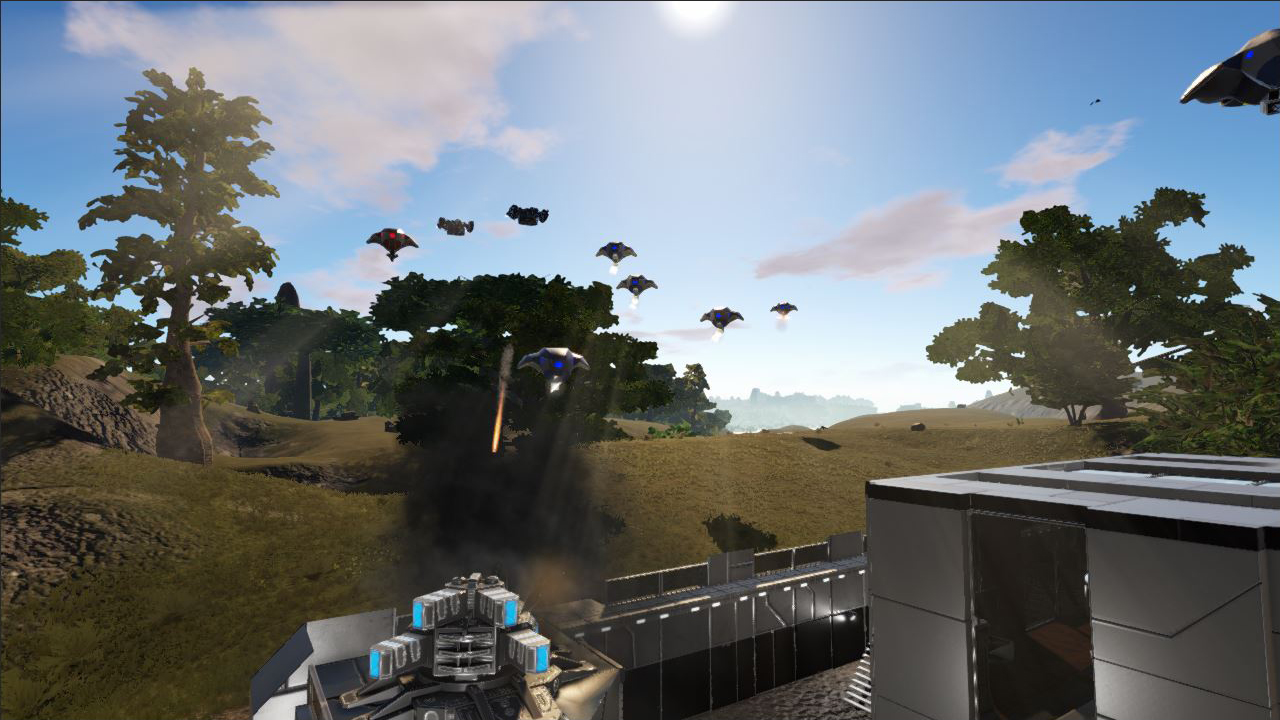 Troop Transporters are unloading their units: 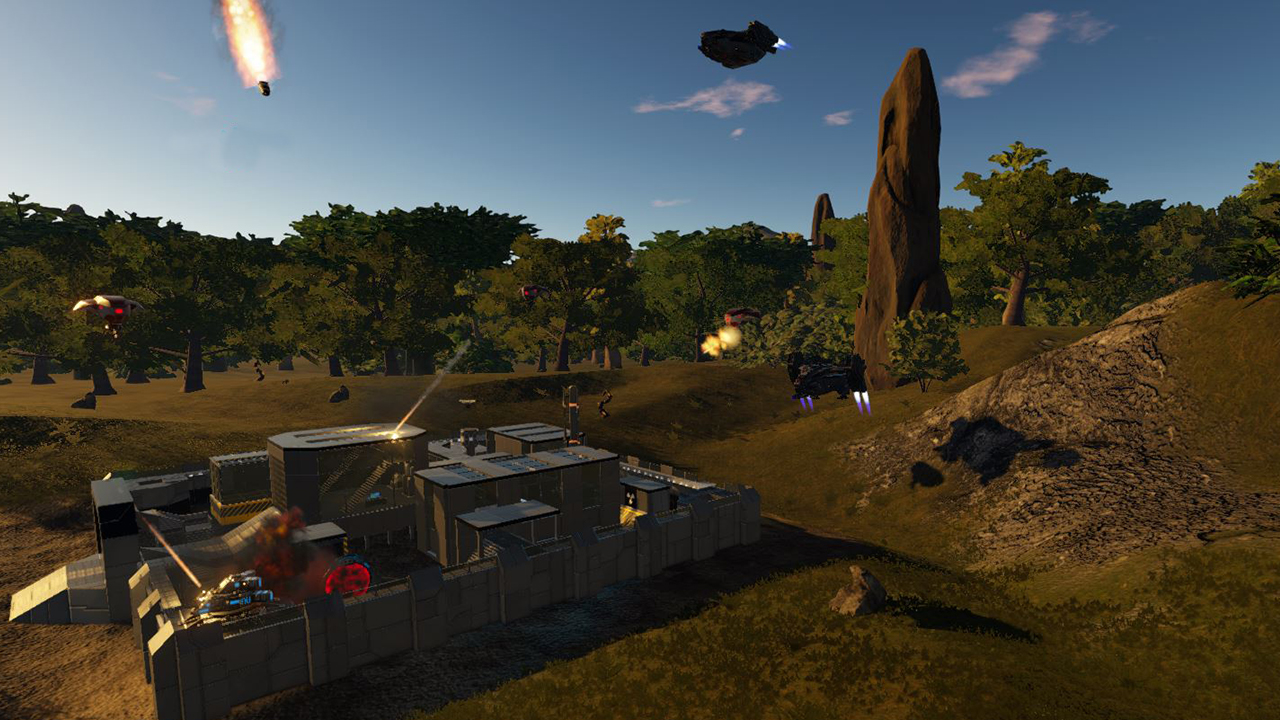 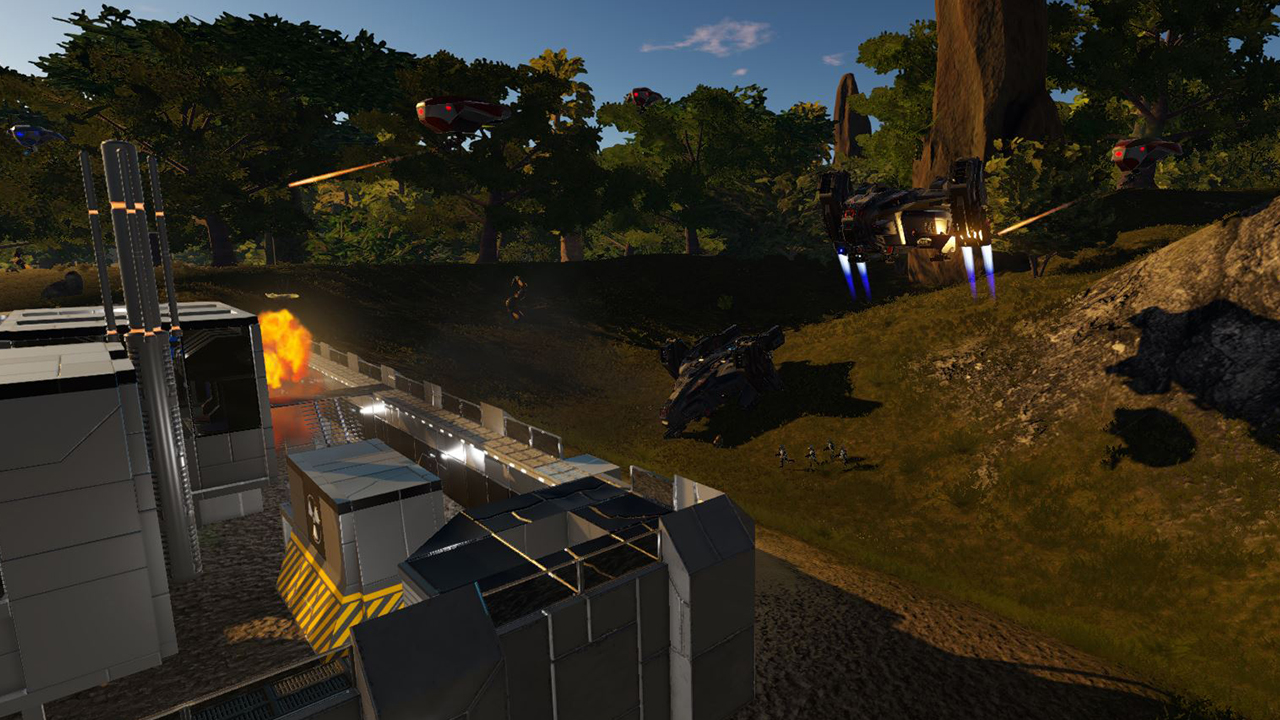 Troopers are approaching and invading your base: 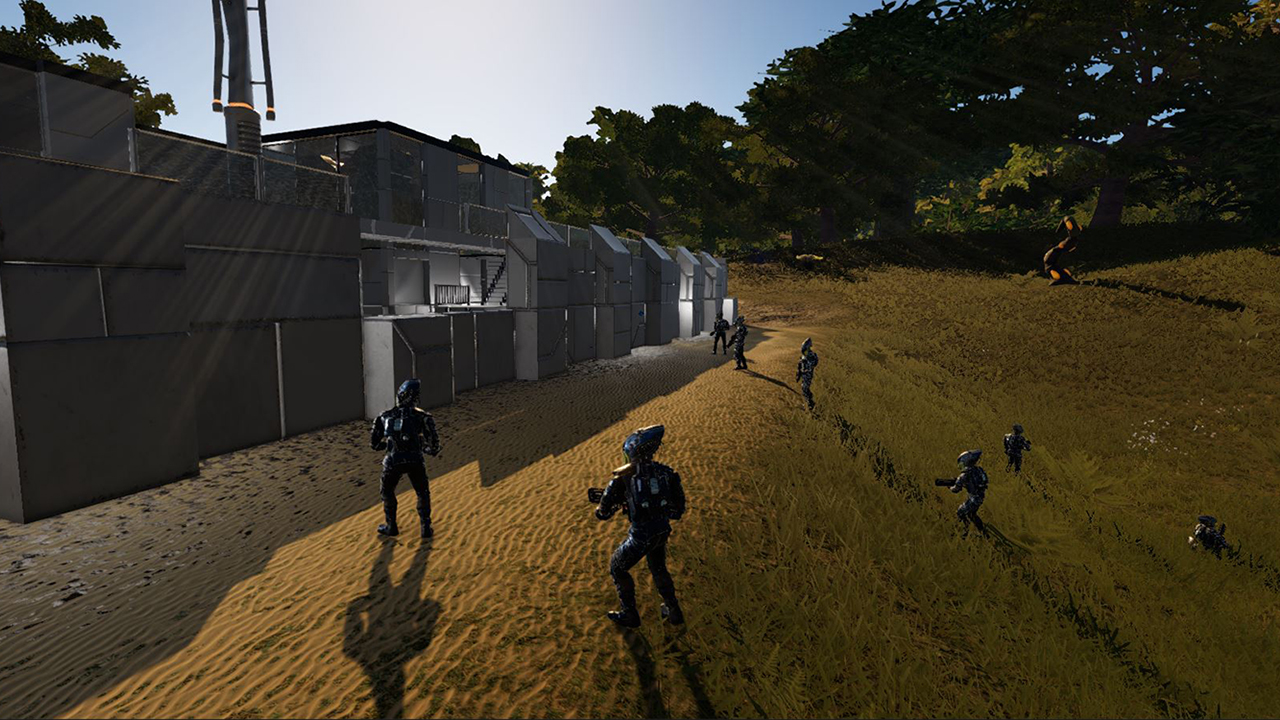 Do your best to fend off the attack: 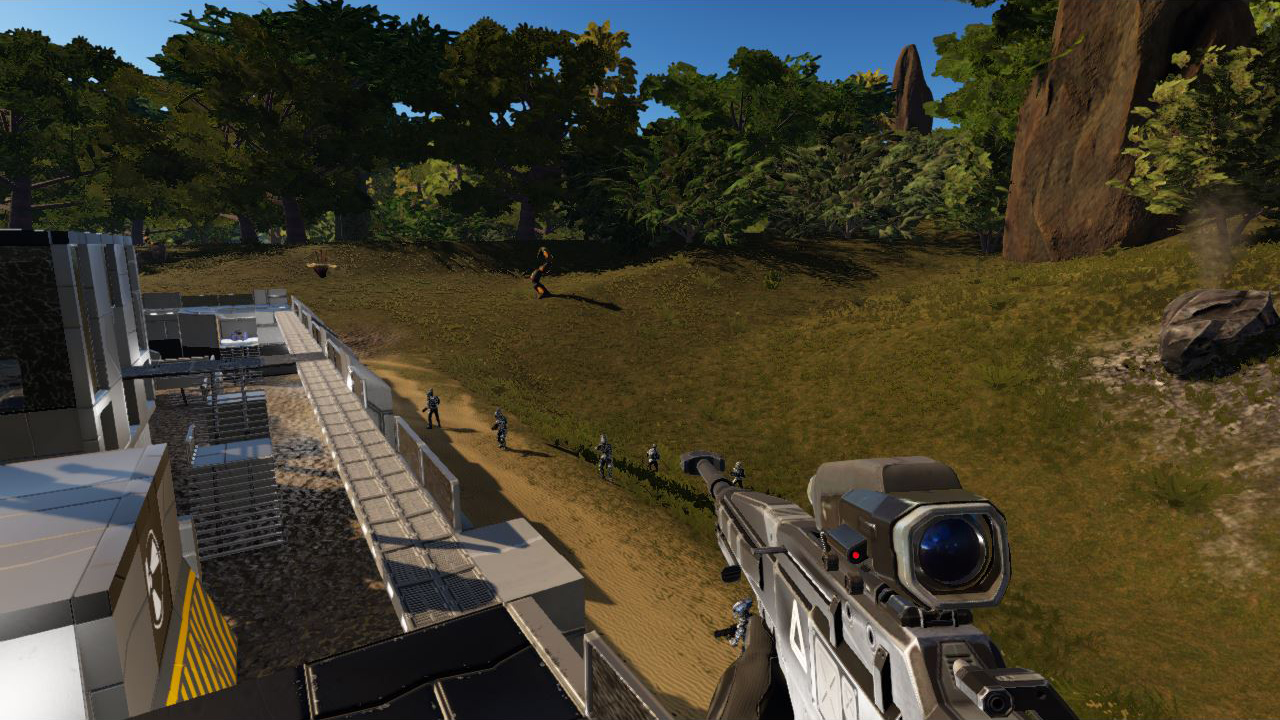 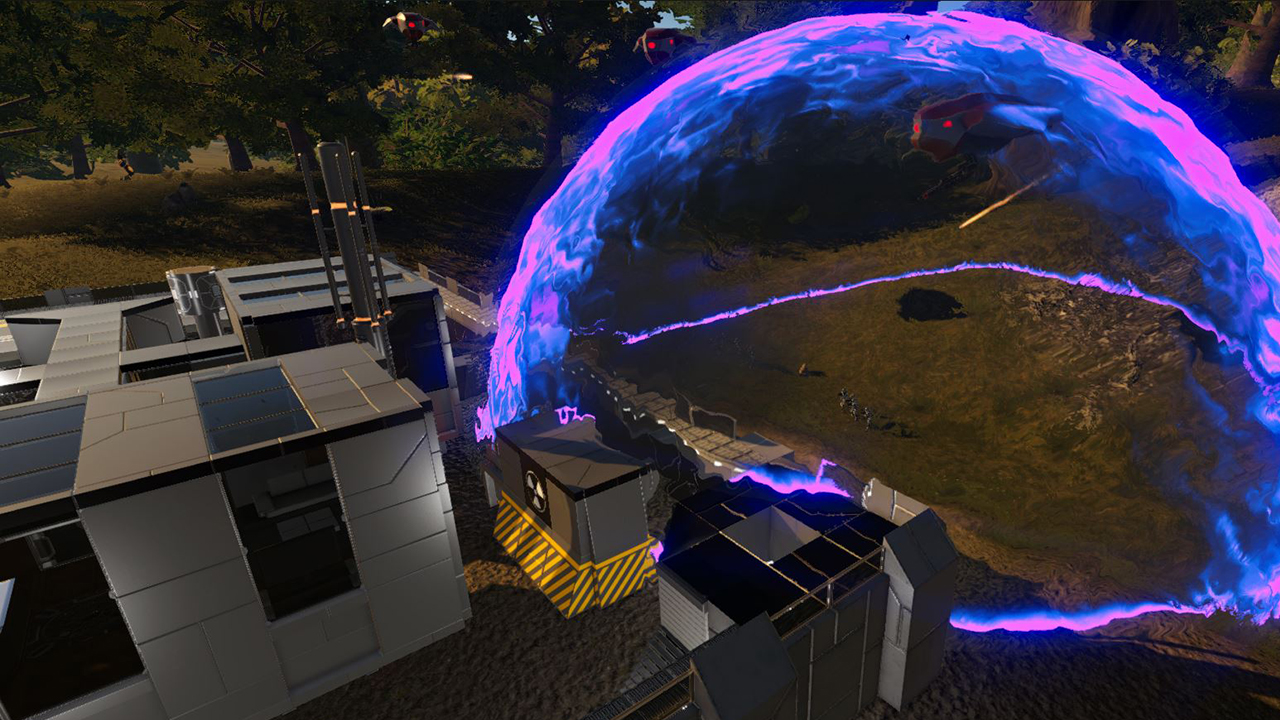 In our opinion, the new base attack adds a completely new dimension to the survival aspects of the game. It will give you a new threat level. The probability that your base will be attacked depends on several factors (proximity to enemy bases, in enemy territory or not, reputation, energy footprint of the base, size of the base etc).

Not only Zirax will attack your base but we are also working on a Talon base attack with a different attack flavor - more like a siege than an assault on your base.

But the new base attack is only one feature of the upcoming major Alpha 10 release. Stay tuned for more info….