This update features smoother transitions for animal movements, changes to the way objects are displayed, an improved system for constructing buildings and a new plant generation algorithm.

Posted by PokingWaterGames on Aug 12th, 2015

The tough part in making smoother animal movements was in the way I was calculating movement. Previously if an animal decided to switch directions mid-movement, it could do that straight away. Now the animal needs to complete any movement it's already started before it can change directions.

All objects placed out in the open now show up on screen at the same time. This makes it easier to see objects at a glance. 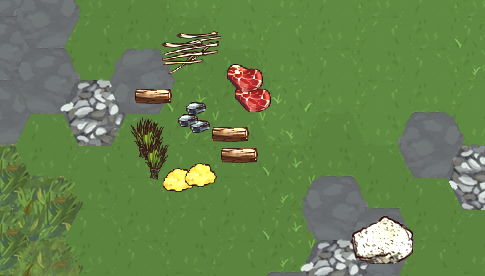 You can now select from multiple images for a single building where available. For example, building walls you can choose the orientation of each piece. The behaviour and underlying properties of the wall pieces will be the same. 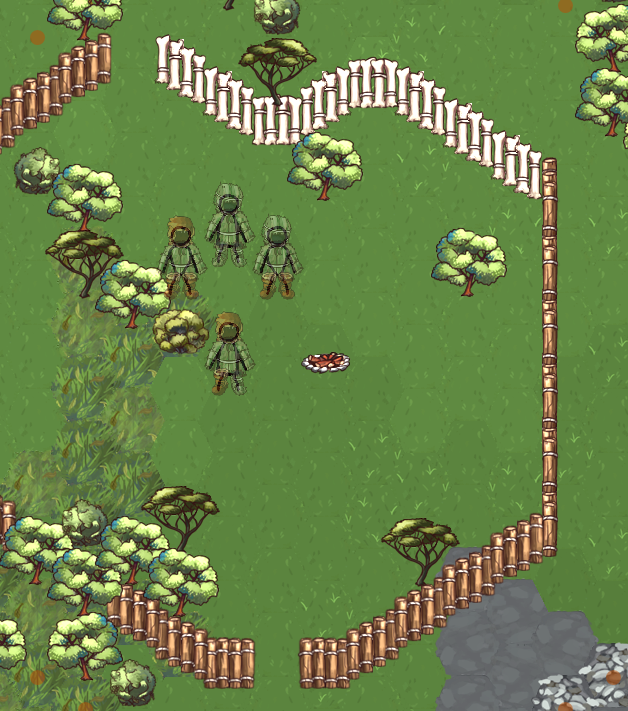 Finally I've implemented a new plant generation algorithm. For each hex there is a chance of a tree or bush growing, which is checked regularly. If the check passes, then an allowable plant grows on that hex. The probability is affected by factors like amount of soil, fertility and water saturation of each hex. I've found this creates an interesting dynamic where plants are much more likely to grow right after it rains, when the soil is most saturated. 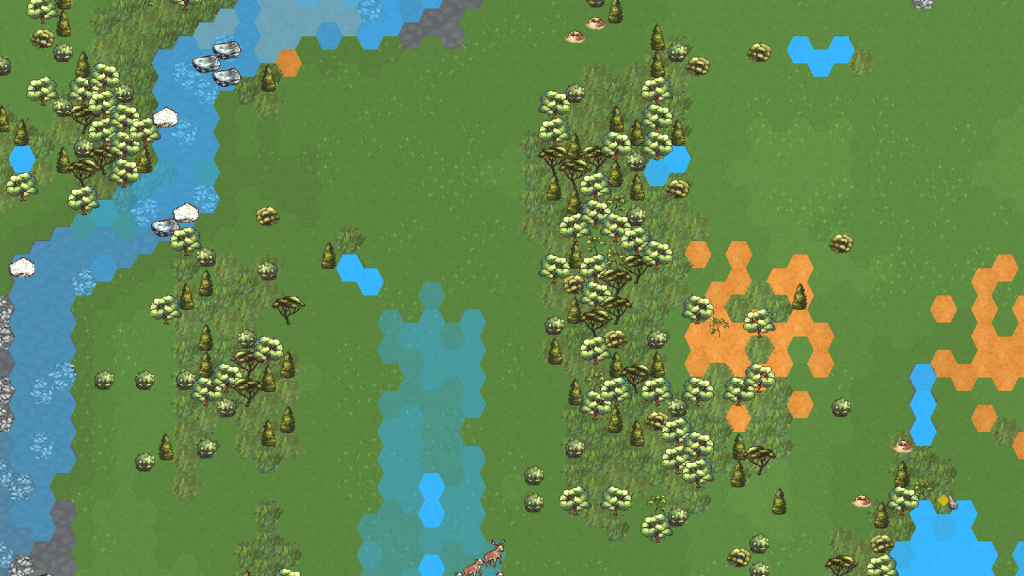