Whew! The longest dev cycle yet has come to an end.

As planned, work on this release was especially involved because it also had to finish laying the foundations for a completely different part of the world: caves. In that respect I've actually already gotten a good head start on Alpha 8, since its features are so closely intertwined with Alpha 7 that I had to skip ahead to work on that stuff for a bit.

You can finally see the world map as you explore it! (Or even... before?)

Hacked stockpile intel is now labeled along with other items.

Attempting to move while severely overweight will give you a warning before the first such move in while.

Dialogue is now shown over the map.

As are scene descriptions (though there aren't a whole lot of those).

There's a new type of interactive machine... (at which you'll be able to do more than open doors :P)

More than a dozen rare parts to find. (Among them is the first alien artifact!) 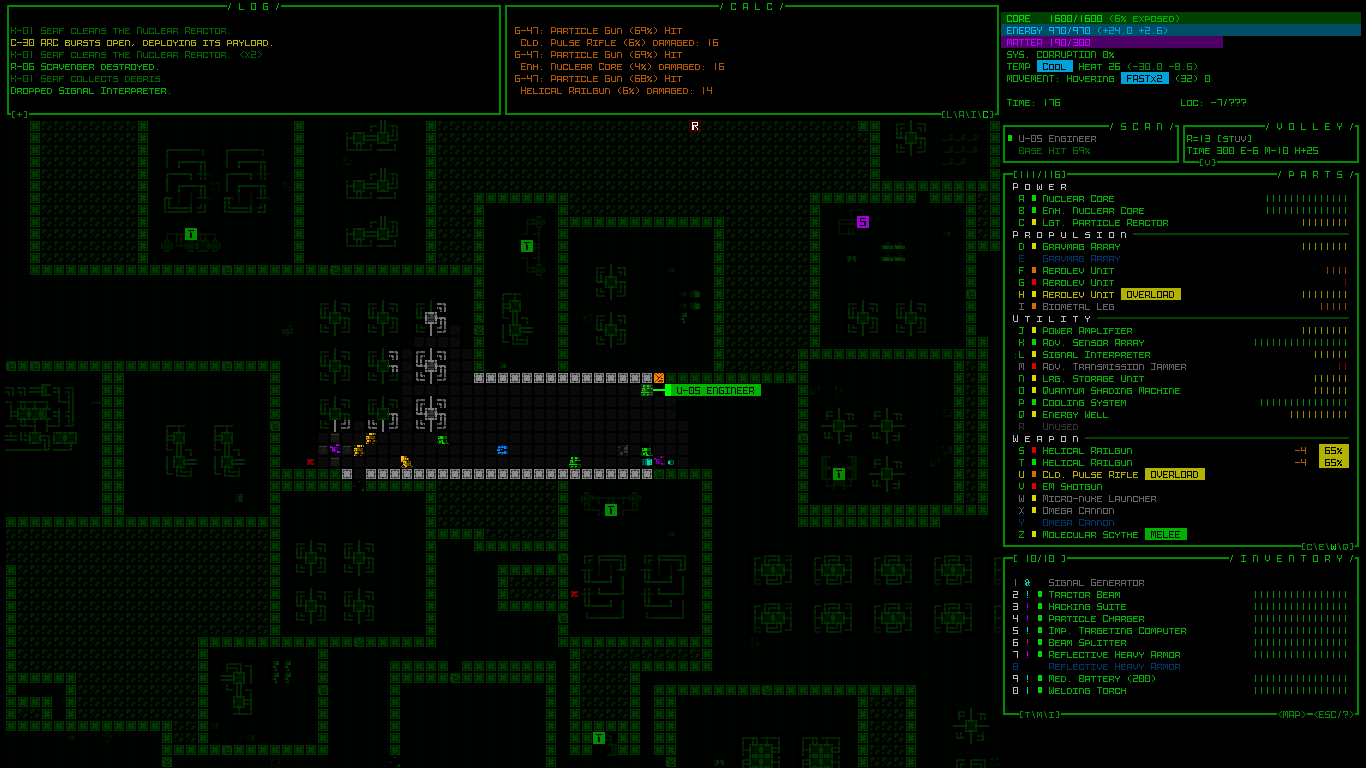 There are yet more fonts to choose from, especially at the smaller sizes. The default font has also been changed for now (click for full size--this is the 768p version).

Recycling Units are quite useful now, allowing you to re-acquire loot lost to those blasted Scavengers ;). 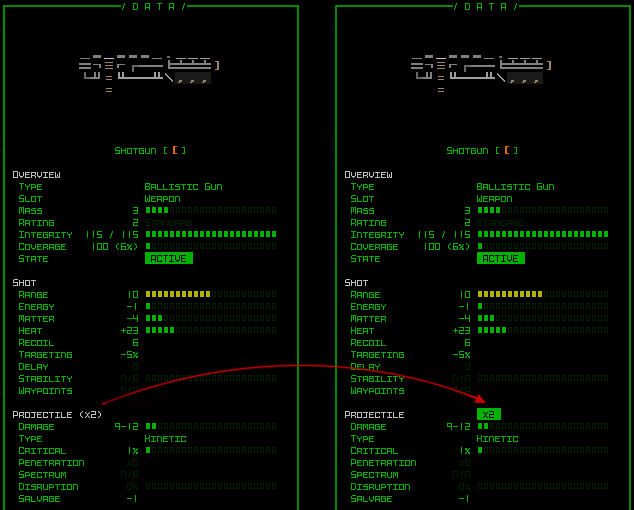 (And as usual, I'm not spoiling the new maps--and new robots!--you can discover those on your own!)

I've already jumped right into work on Alpha 8, and this afternoon's latest development is an optimization: Players will have noticed that mid/late-game areas with large maps will have a first turn that takes a couple seconds to resolve before actions become responsive again. This is due to the many actors all starting to decide things at once. That has been tweaked so that an actor's initial turn is delayed based on its distance from the player's starting position, which you can see happening in this full-map reveal here :D