Hi everyone, For this update we were mainly focusing on adding new content to the ocean: Ship Wrecks and Sharks. On the ground we have primitive Shelters and Native's Statues. Canoes are now affected by wind and there are some preparation works for future bigger and mixed islands also. There are more game changing elements added and a couple of the issues were fixed too. 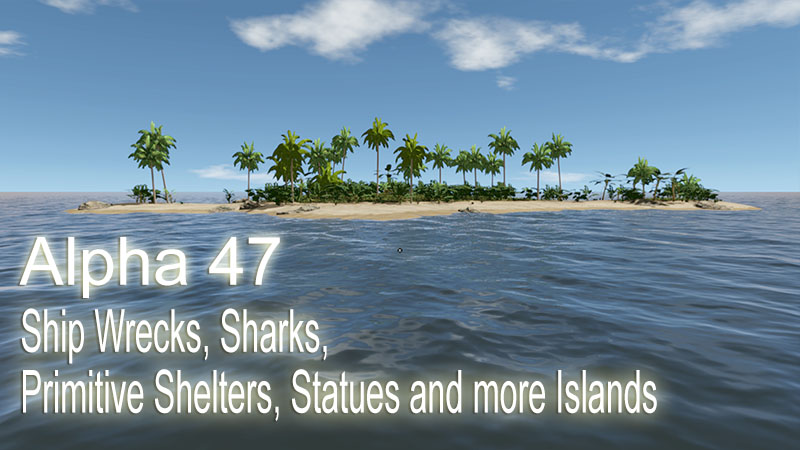 For this update we were mainly focusing on adding new content to the ocean: Ship Wrecks and Sharks. On the ground we have primitive Shelters and Native's Statues. Canoes are now affected by wind and there are some preparation works for future bigger and mixed islands also. There are more game changing elements added and a couple of the issues were fixed too.

Sunken Shipwrecks near islands' shores are just the first ones from the wide list of ships to be added in the future on the Pirates' side and on the Royal side too. Materials can be salvaged from those wrecks to be re-used in interesting new building and tool recipes. Ships will add some more interesting gameplay and story elements in future updates. 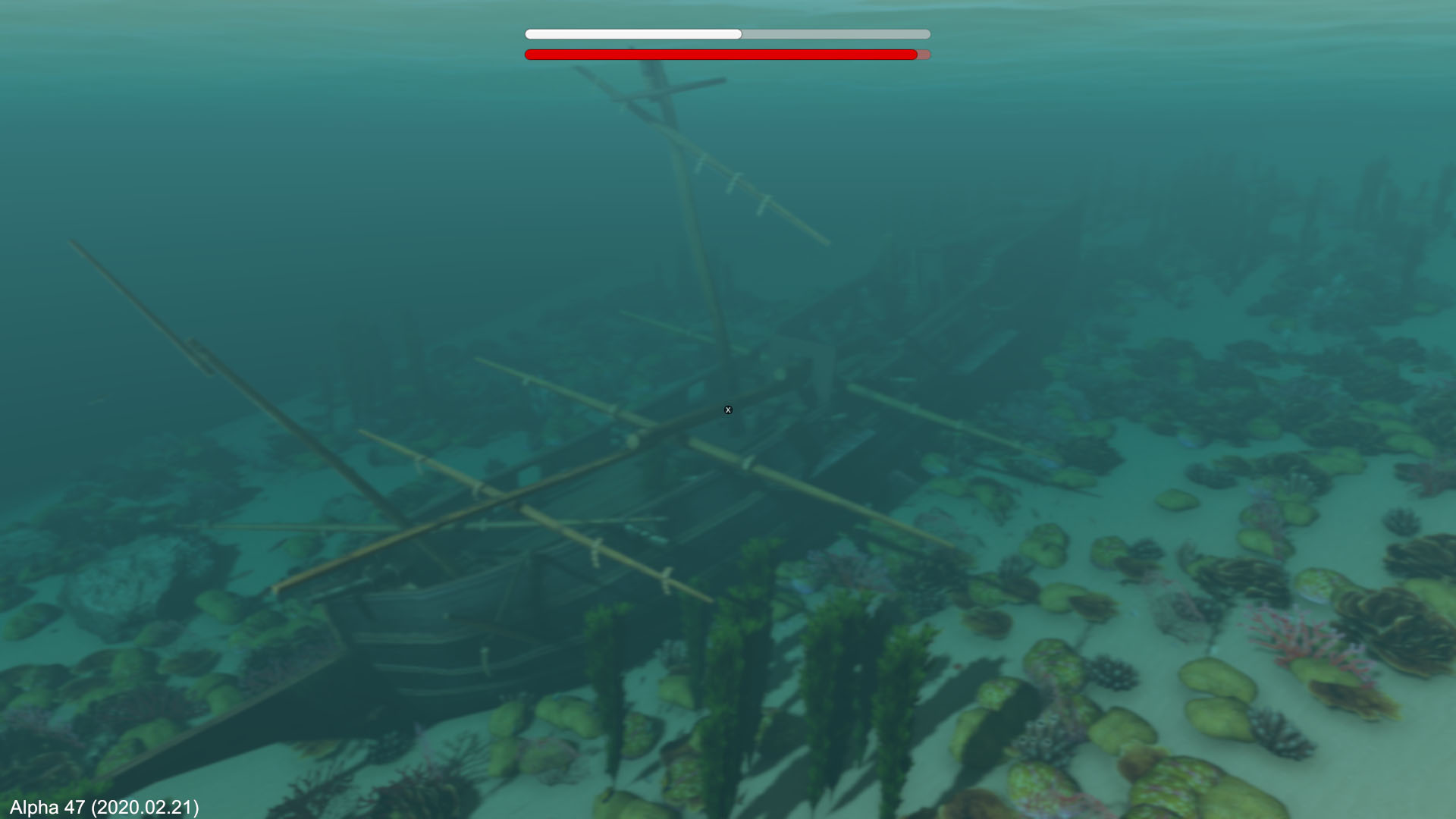 Our new White Sharks are the first ones to populate the waters and will make the game more interesting and challenging. They are behaving rather neutral now and can be seen swimming near ship wrecks. Sharks will get a more sophisticated behaviour and some special features as the time passes. 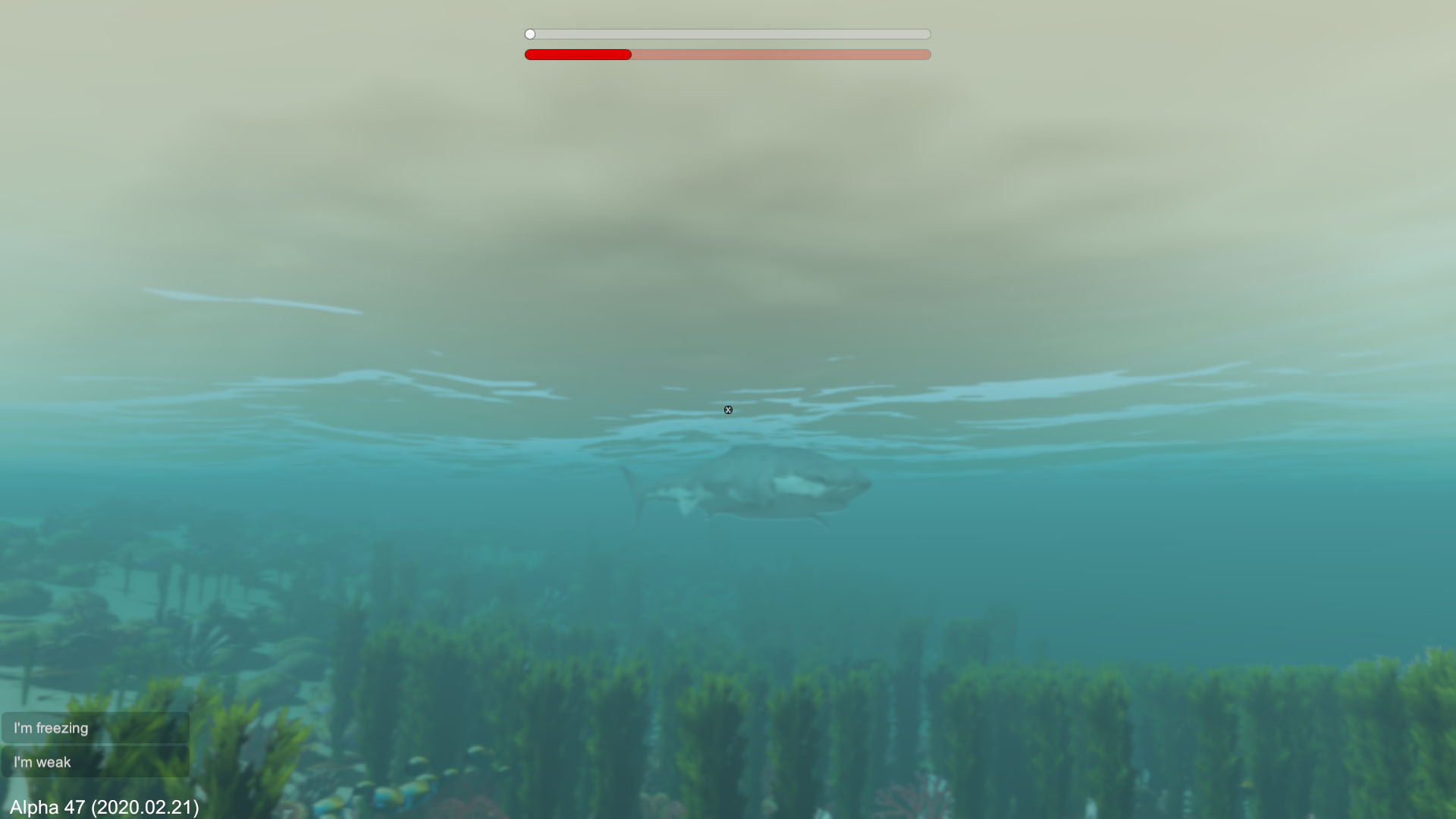 A new recipe was added to build a very simple and primitive A-type shelter which can be a big help in situations when the player needs some rest in a more or less protected environment while being very short on resources. 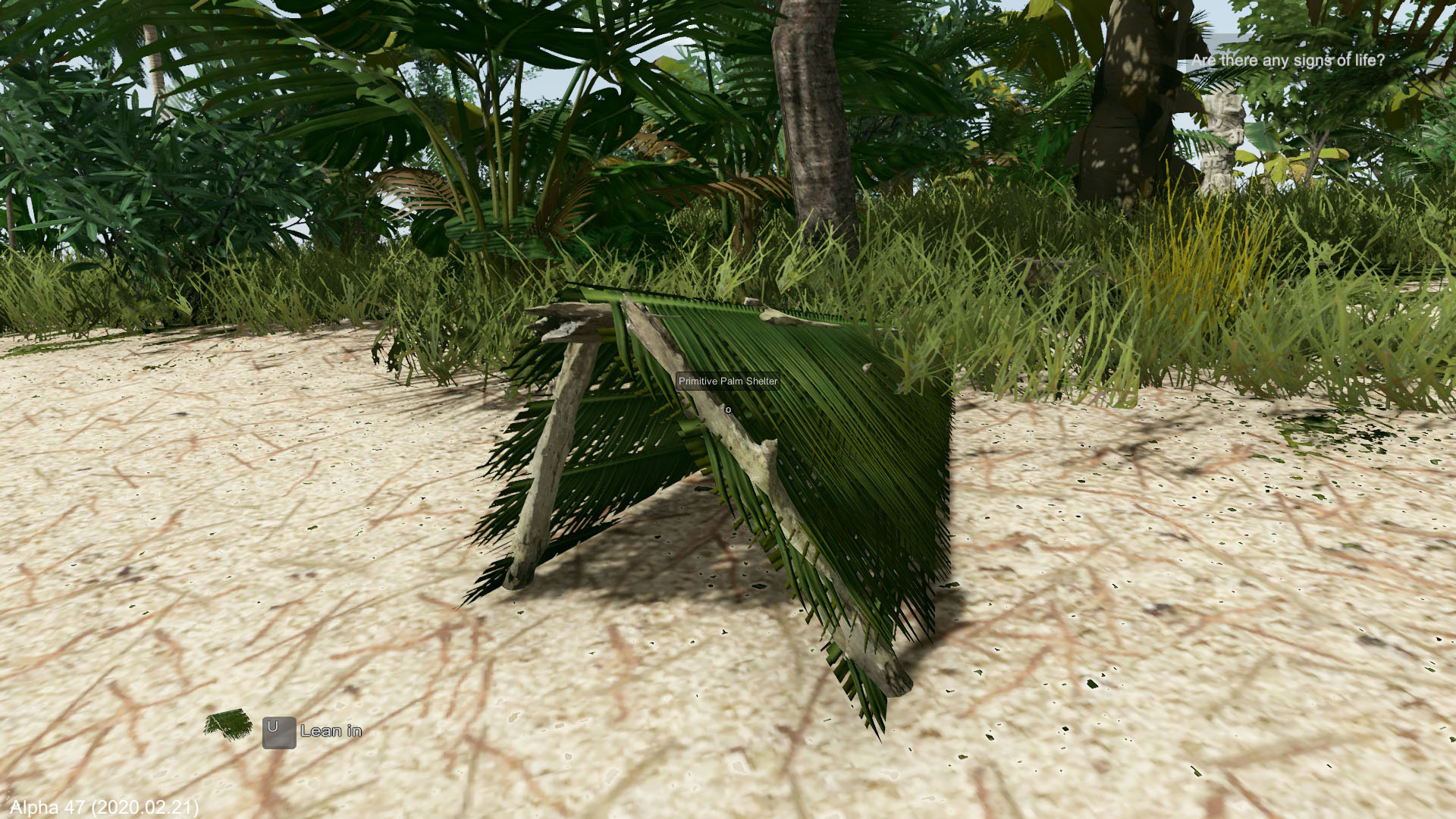 As natives once also occupied a couple of islands, one island served as a special/sacred place for them. Some statues can be found standing on the cluster islands' shores looking in the direction of the sacred island or looking to the opposite direction trying to force visitors to turn back and run for his life. The island with sacred place will get some special meanings and interesting features in future builds. 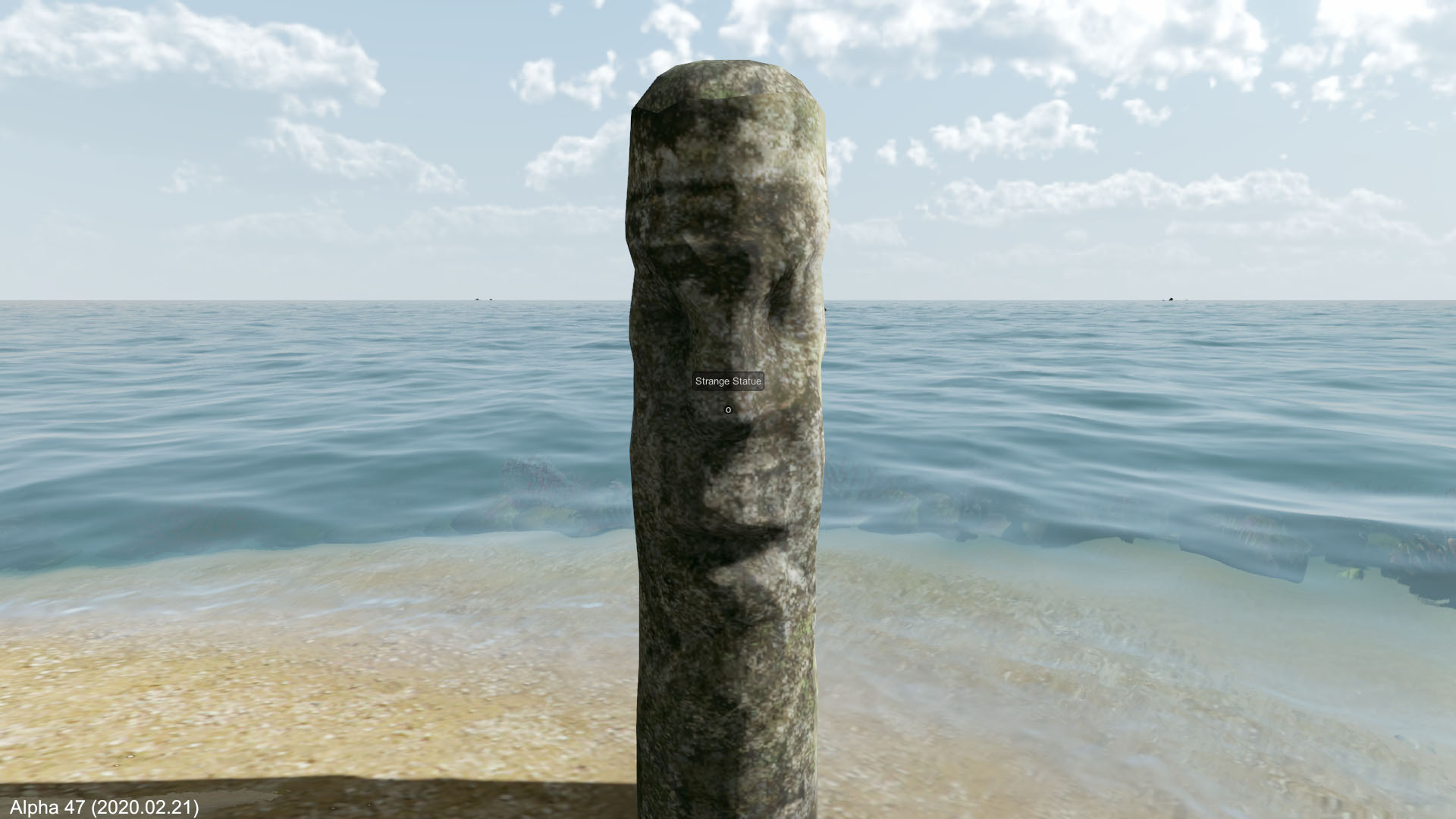 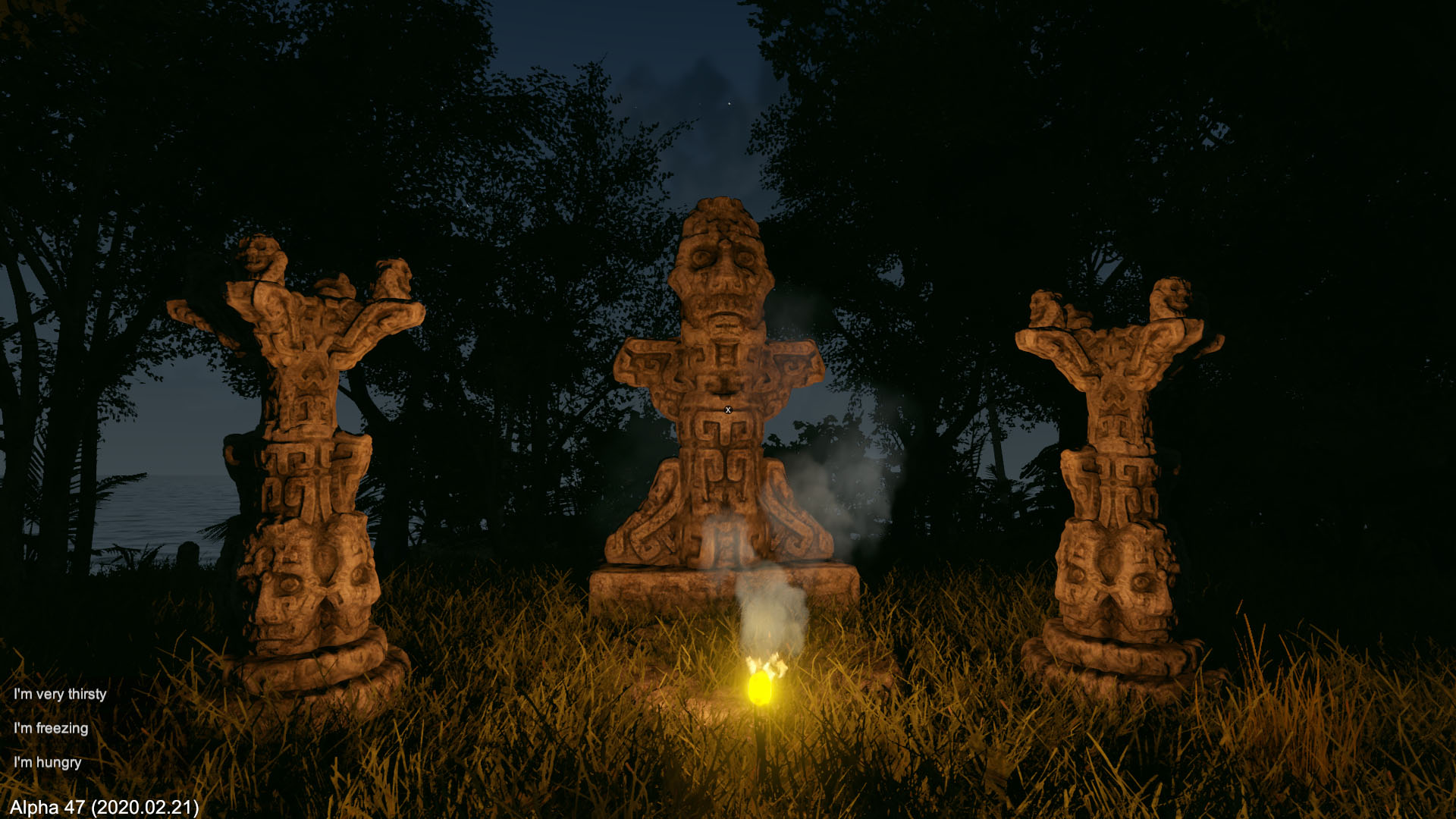 The island cluster was enlarged to have 20 islands at maximum. It will allow to add more diverse island types and there will also be more space to add some quest destinations/elements in the future. The amount of bigger island was increased too.

A new collectible Old Stick paddle with already degraded quality was also implemented including an old burnt down medium Campfire with collectibles around. The very old savegames aren't supported any more and the game won't hang-up trying to decode them. Seagulls are finally sleeping silently during the nights and a couple of Hint screens were added to help understand some of the games new features. 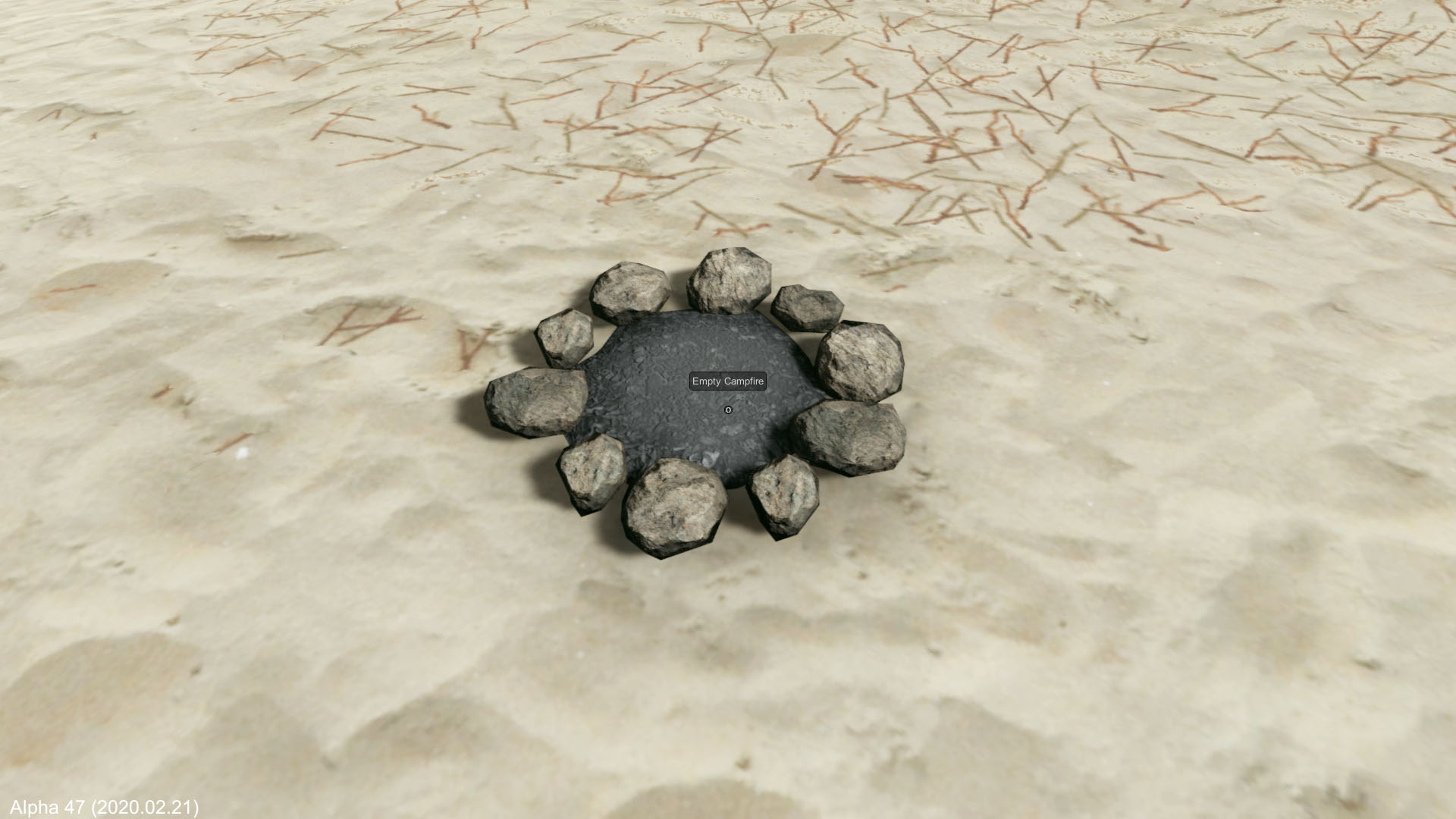 As there were added a lot of new features in the last couple of releases for the next update we plan to continue with fixing issues with higher priority. Additional plans include also the Map UI, Fruit ripening, Fruit regrow, Spear, Smoker, Sailing UI, Dolphins, Simple Quests, Building modules aging ... We will work also on solving the new issues and we will recheck some older issues too. Other new features will be added as implementing the planned features and fixing issues will allow us to.