Hi everyone, For this update we were mainly focusing on adding Controller support and a basic system for Tutorials too. There are a couple of small features we added and a couple of issues were fixed too. 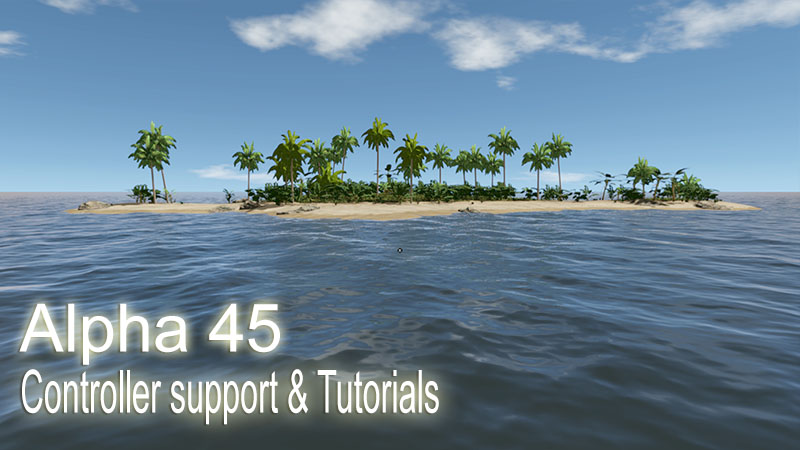 For this update we were mainly focusing on adding Controller support and a basic system for Tutorials too. There are a couple of small features we added and a couple of issues were fixed too.

Controller support is now finally available and its engine is compatible with the majority of available game controllers out there. As this is the first implementation for Controller support we are putting fixing possible incompatibility altogether with completing some of the minor UI issues onto our to-do list.

The Tutorial system is currently offering simple Tutorials to help get familiarized with some of the basic mechanics of the game. More detailed and specialized tutorials will be added continually. Along with that we have added an additional Tutorials screen to the Journal from where Tutorials can be started, stopped, restarted or continued for any of the tutorials available. And in Options menu there is also a switch for displaying Tutorials or not.

As we received lots of responses from our gamers being confused about special game variables meaning in "Custom Game" menu, we added new tooltip texts and information to this screen. Window panels were given a new (and more practical) top hinge position when attached and we have also added a Small Chest which may be serving a special purpose in future updates.

We plan to work some more on making our game more user friendly with more Hints, Tutorials and narrative texts but re-enabling the Sextant and the 5000x5000 km game map again will still be our top priority. The additional plans include also the Map UI, Fruit ripening, Fruit regrow, Spear, Smoker, Ship wrecks, Sailing UI, Dolphins, Sharks, Simple Quests ... We will work also on solving the new issues and we will recheck some older issues too. Other new features will be added as implementing the planned features and fixing issues will allow us to.