Last week we released our 4th Alpha build to our Kickstarter backers! Here are some highlights of the new content :)

This build introduces 2 new playable characters (the last one is on the way ^_^'). 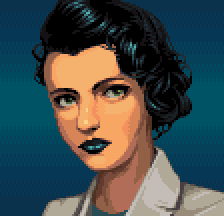 A highly skilled surgeon with dubious ethical standards, the scientist always carries her trusty electric gun around. Her perk - which is not implemented yet - will be the ability to pick up and reattach severed arms. 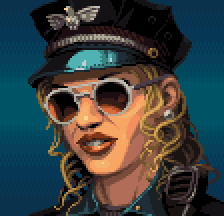 The officer is a seasoned veteran of the force. Her body armor provides increased damage protection, and her shotgun takes care of anybody who gets in her face. Her perk - also not implemented yet - will be the ability to disarm human enemies by ripping their arms off.

The shield is a nifty little tool that goes in your secondary weapon slot, and - when used - erects an energy barrier around you which deflects and absorbs damage. While the best shields will absorb 100% of the damage, most shields have a damage absorption rate anywhere up from 75%.

Shields also absorb 100% of the damage from melee attacks (for example the beast jumping at you).

There is a downside of course, which is that using the shield will slow you down to a crawl. Also using your own weapons while your shield is up will deflect the damage back at yourself!

This build also contains a new level : the sweatshop! This is where most of the goods sold in the tower are manufactured by the monolithic Grutin Corporation. 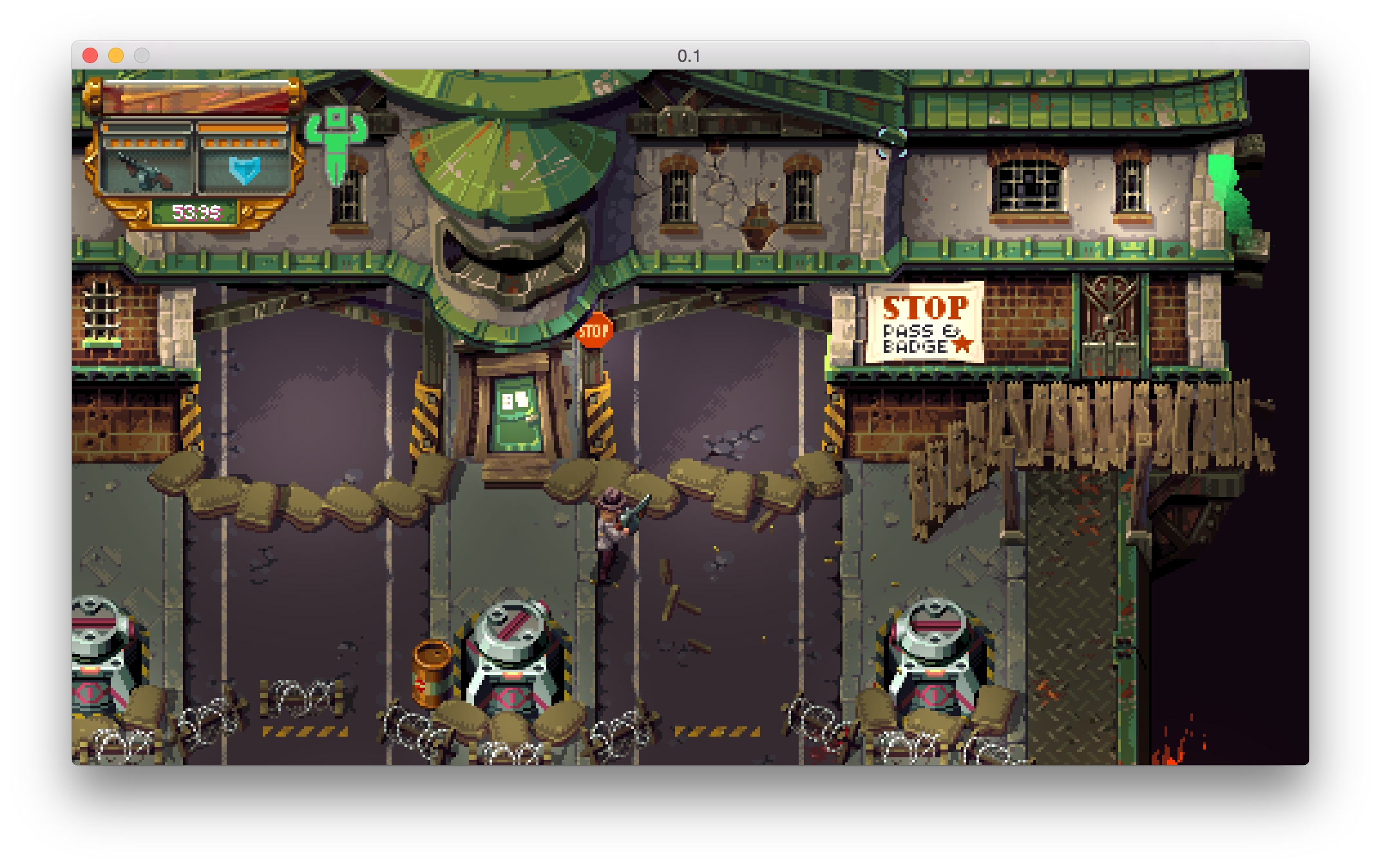 The Union - a very powerful and influential faction which controls most of the lower floors - has just staged a riot in a bid to take control of the facilities and blackmail their way into a share of the power they represent.

Keep an eye out for any lingering Unionists in addition to the usual security measures. 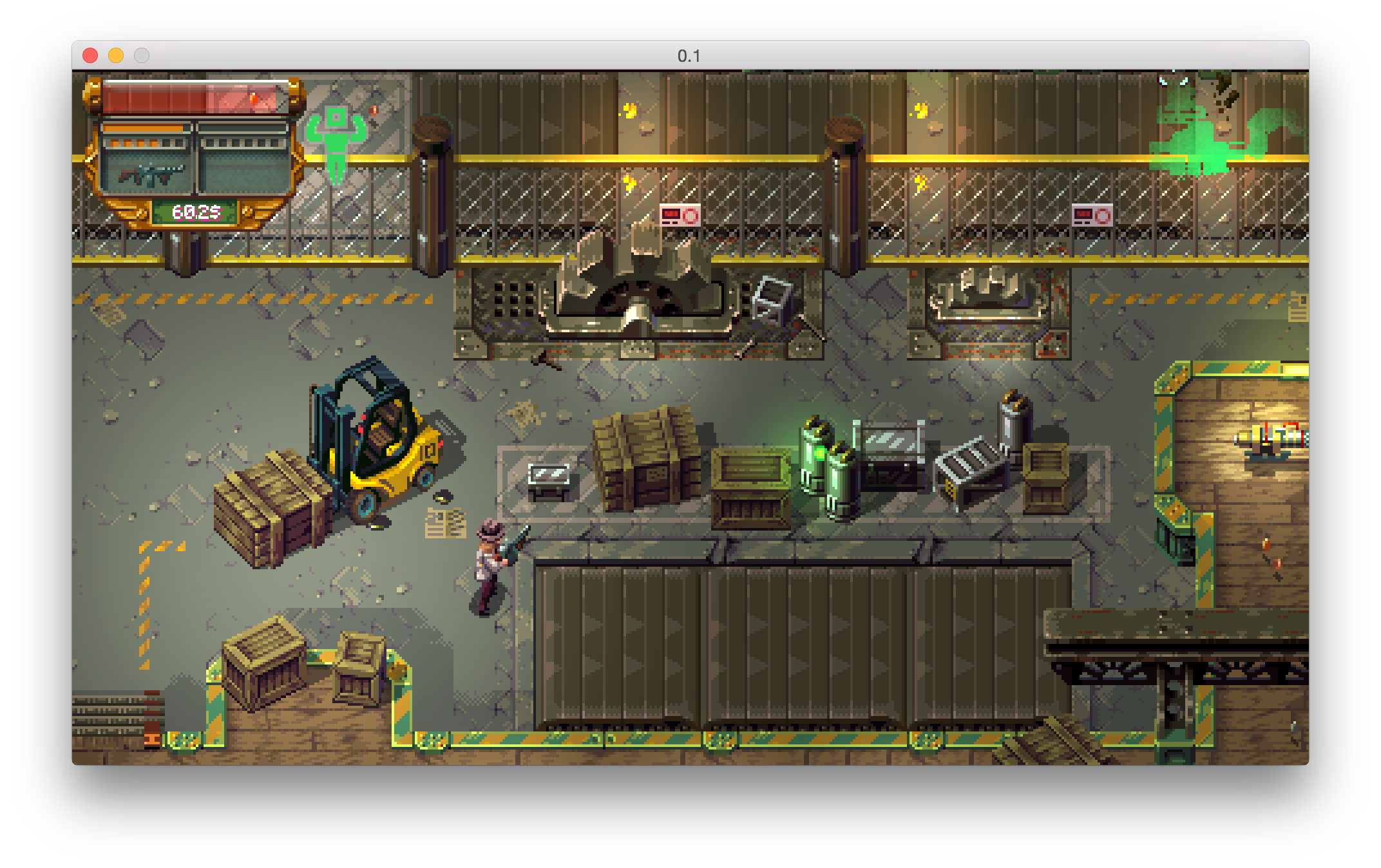 After some much needed renovations, the monorail station in Amor’s Den is now open again :) It will take you directly to the Sweatshop (and back).

A staple of 90s arcade games, we couldn’t have a factory without conveyor belts :) These belts act exactly as you would expect them, pushing you back in their direction of movement. Throw in some traps along the way, and we got ourselves a classic “arcade puzzle” section ^_^

Security cameras are harmless enough by themselves. However if they happen to spot you, they will trigger whichever security measure they are connected to (for example a turret, but they could also lock doors, trigger enemy spawners, etc.).

One of the upcoming builds will introduce the Spy character and her hacking tool, which will let you hack cameras and disable them, but for now your best bet is to avoid them ;)

As mentioned above, the Union has just launched an offensive on this floor. This means 2 new enemies (or rather 1 new and 1 old making its comeback ^_^).

Unionists are easily recognisable by their tricolored belts and hats. They carry the standard Union Musket, a rather slow and antiquated weapon - but dangerous nonetheless.

They patrol the facility and ensure any intruder is quickly taken care of.

Hexapods are originally security robots which Union workers have reverse engineered. They now mass-produce them to serve as cannon fodder in their guerilla warfare operations.

Pretty harmless by themselves, their strength lies in their number, so don’t let yourself get swarmed!

Following a fierce battle, Unionists have succeeded in taking over the sweatshop. In their hurried retreat, the Orderlies left behind a lot of goodies, including these personal tanks.

These beauties come equipped with a cannon to rain death upon your enemies, and a flamethrower in case anybody is foolish enough to get too close.

Of course there’s no reason why the Union should have all fun, therefore should you happen to find an unmanned tank, you are free to commandeer it ;)

And finally the sweatshop contains our second mini-boss! Without going into too much detail to avoid spoilers, there are a couple of different ways to tackle him, which means depending on how you go about killing him he may seem extremely hard or extremely easy ;) 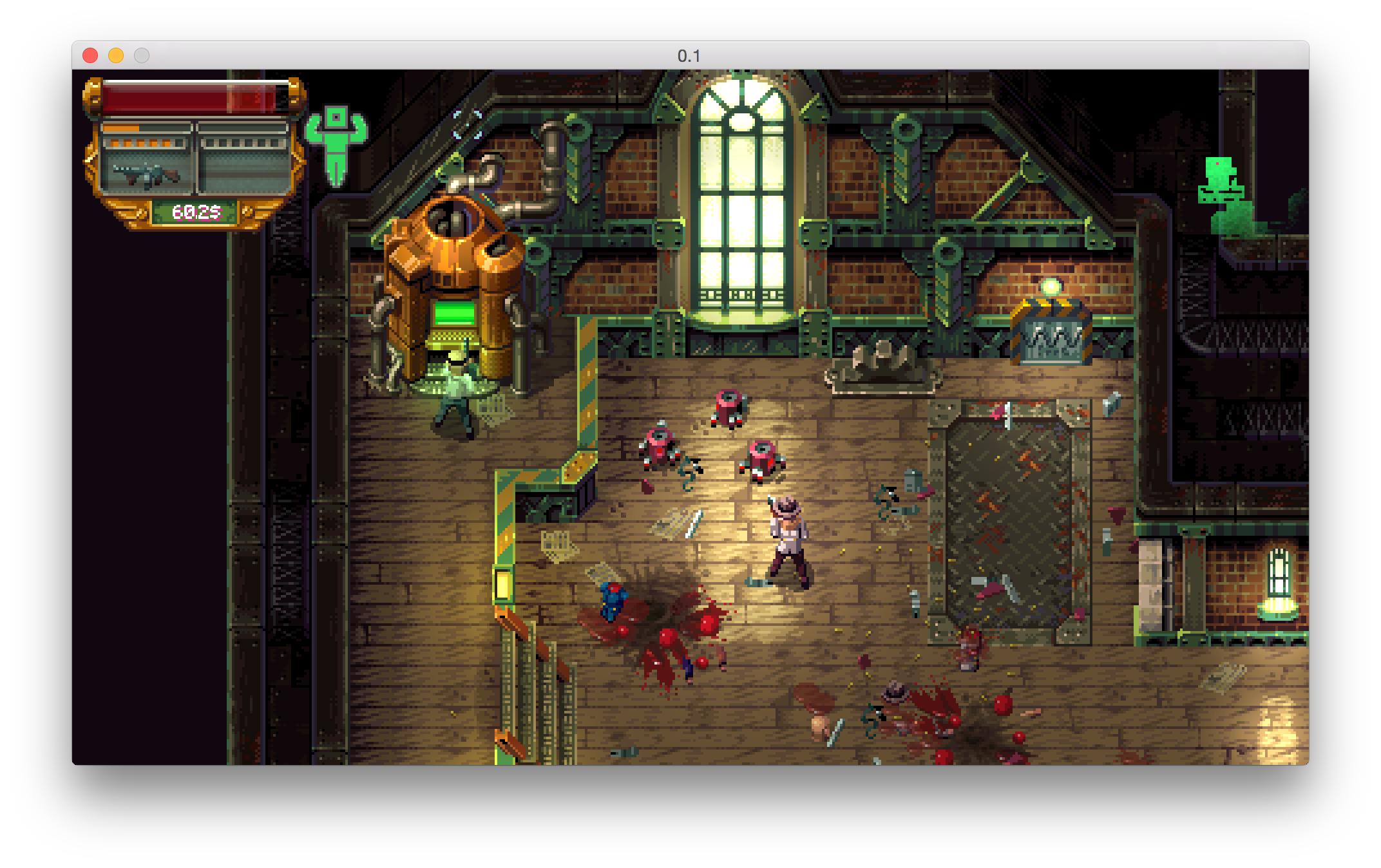 And for the graphics side, I pass the keyboard to Thomas :)

During March I have been busy with a wide variety of tasks:

In short this means another tileset is done, which only leaves the train and the upper floors, so in terms of background graphics we made quite some progress.

By far the biggest achievement is actually that I finally managed to make the female character base and also could work on some bodyparts for human enemies. While the whole bodypart-system was hell to design and set up, I can finally taste the sweet rewards by producing different looking characters fairly fast and easily. Just the fact that I finished 7 completely new, but different looking characters next to all the other work I did this month speaks for itself.

Because the graphics for the playable characters are done I also updated the character selection menu, which is, except some tiny changes we have to implement, completely finished too. For this build I updated some of the relatively quickly drawn character portraits I did during our KS updates and added final detail and color balance to them. 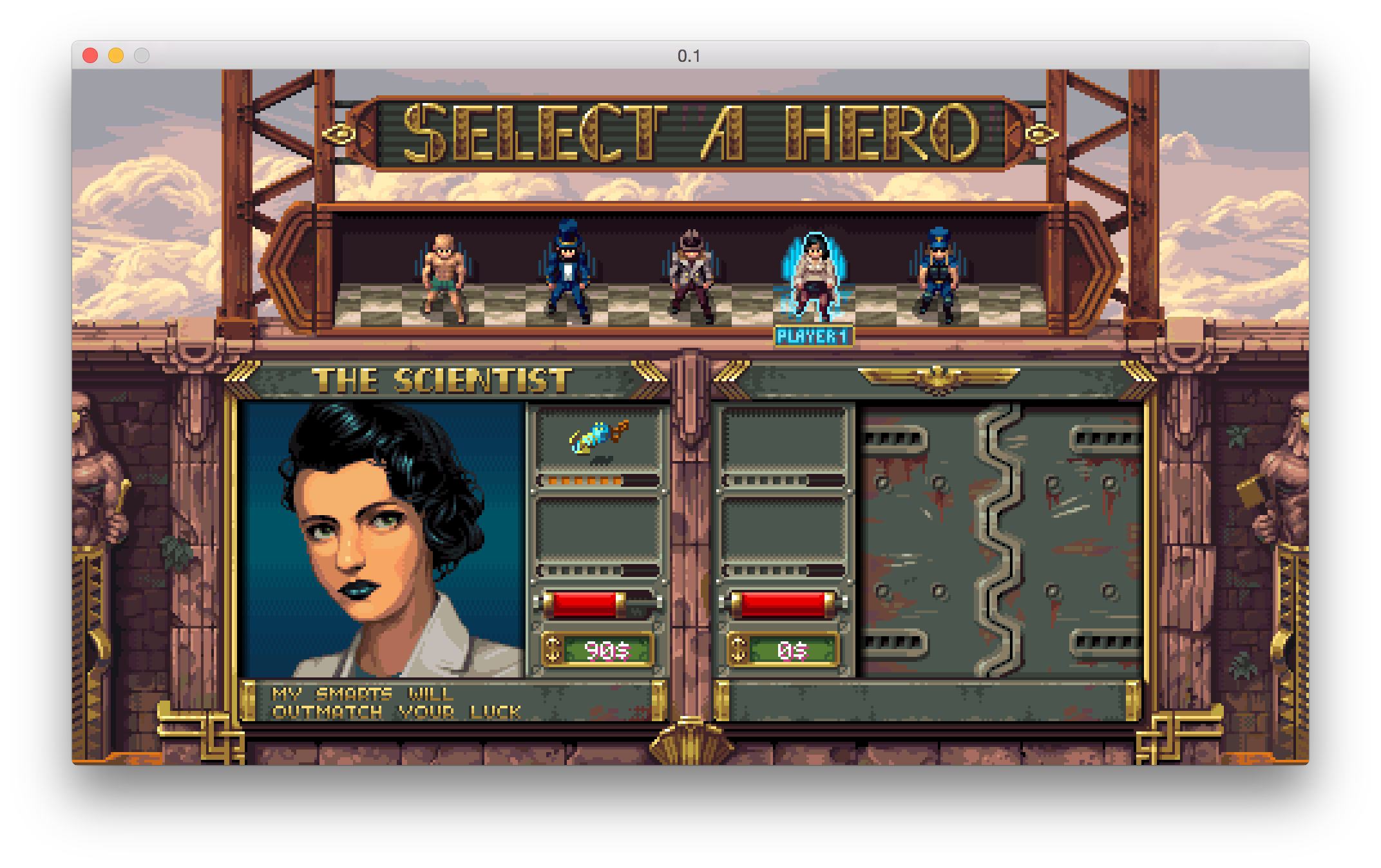 The other huge thing was the tank. This was a graphical project on it's own, for which I had to draw more than 150 single images and which took some days. It makes a formidable enemy, but can also be driven by the player.

With all the other small graphics and the new level I designed and mapped out, all in all we really made remarkable progress.

And that's it for this time :) Thanks for reading!

Awesome graphics! On the Security cameras GIF - scene - you might wanna put a very visual "lasers-shear-hero" effect or "wall-blades shear" hero, because I couldn't make out what caused the death.

Haha yeah that gif is not the best I'll gladly admit it, it was late, I was exhausted, it was the last gif I had to make, and I got lazy and didn't re-do it ^_^#

What is actually happening is I had something like 1 hp left, then the turret comes out, shoots one bullet which takes me out, and goes immediately back in.

Nonetheless a lot of stuff will get polished before release, and adding effects is definitely part of that :)

Shite, I forgot to click confirm on the backing.

Well you can still back us through our website with Paypal ^_^ (www.pixwerk.net)

We've kept some of the KS rewards, including Beta access which we should hit around end of May (so in 7 weeks roughly).

Oh man, amazing, like usual :) Nothing but the best eh?!

What the kerznuzzle! This looks NUTS! Are you guys channeling the SNK Metal Slug team!??!? Watching and best of luck!

Well considering I still own several MVS including Metal Slug 1 & 2 - even though I'm currently out of a cabinet :( - the answer is ... YES :D

Hey guys!
Love the new updates. The quality is amazing like always Thomas!