Hi everyone, the new Escape the Pacific version 'Alpha 36' is now available. For this update we were mainly focusing on fixing issues but we managed to add a new Salt and Vitamin C system too. The expanded sleep system allows to Sleep on the Ground and there is also a new Coconut Fiber Torch. 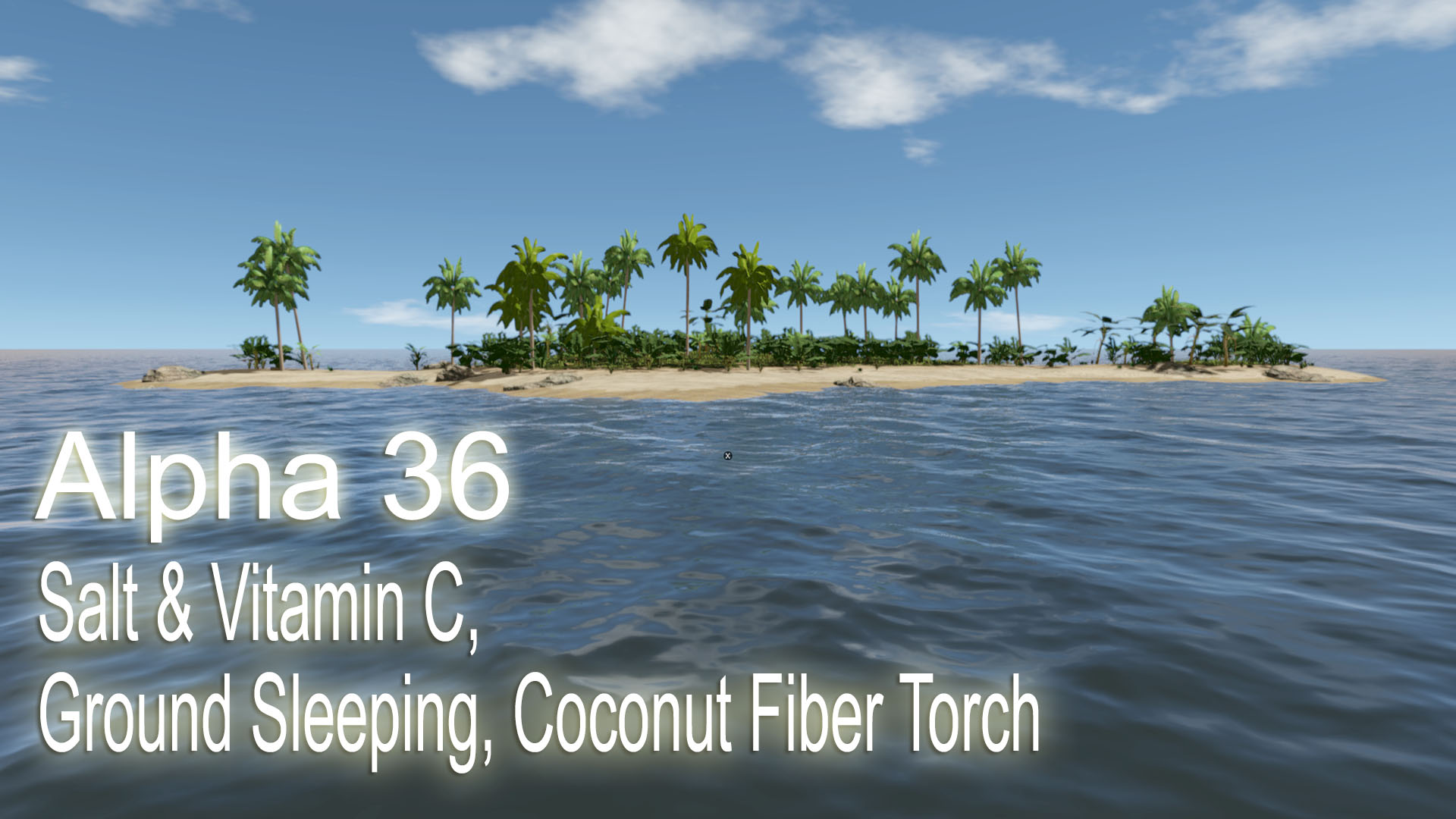 the new Escape the Pacific version 'Alpha 36' is now available.

For this update we were mainly focusing on fixing issues but we managed to add a new Salt and Vitamin C system too. The expanded sleep system allows to Sleep on the Ground and there is also a new Coconut Fiber Torch.

The new Salt and Vitamin C systems bring another bit of realism into the game. Salt can be found in Collectible bottles or can be distilled using Salt Water and some Water Holder object. The water evaporates quicker in the Sun but beware of the rain. It is needed to eat salted meal to keep the body's salt level high otherwise the player characters health will begin to drop and eventually leads to death. Vitamin C can be found in some of the Fruits - more in Raw form fruits and less when fruits are dried or cooked. A high vitamin C level will ensure better protection from getting Cold and ill.

The sleep mechanic has been expanded to allow sleeping on the ground: on sand or grass. It is not as comfortable as sleeping on a Bed but can help out in difficult situations - or just to let time pass by. 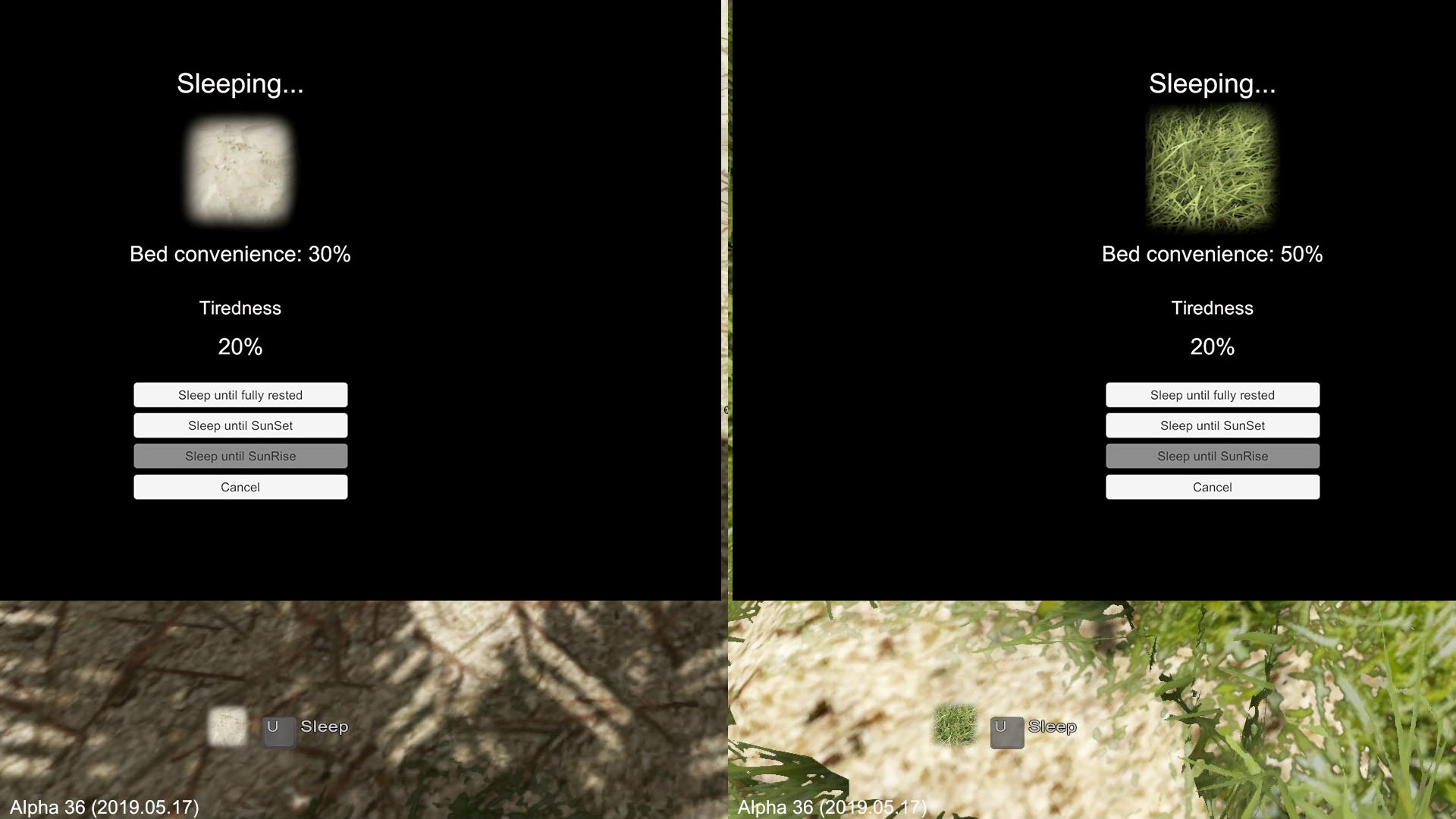 Coconut Fiber Torches makes it easier to light up the nights when there aren't spare bandages around to use. 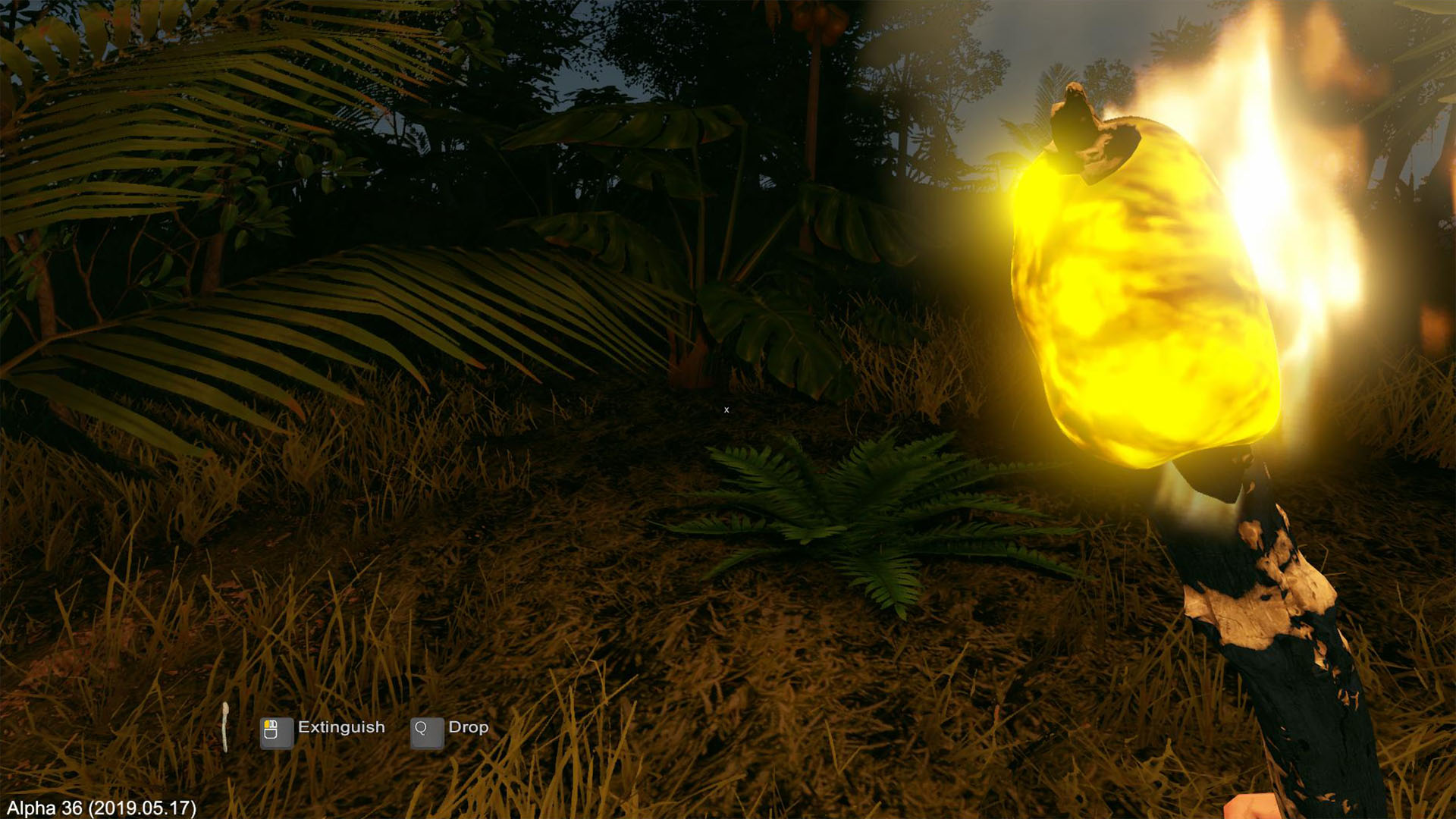 As there were added a lot of new features in the last couple of releases for the next update we plan to continue with fixing the issues with higher priority. The additional plans include also the Fruit ripening, Fruit regrow, Door, Window, Spear, Smoker, Candle-lantern, Ship wrecks, Dolphins, Sharks ... We will work also on solving the new issues and we will recheck some older issues too. Other new features will be added as implementing the planned features and fixing issues will allow us to.