Featuring traps, an entirely new mechanic that hooks into many aspects of the game, as well as some significant balance tweaks for combat builds and a whole new "secret" area to discover, this is the biggest release yet. All early supporters can download the game using the link provided in your original download email.

There aren't a lot of features I can share visually this time (some due to spoilers), but here's a quick look:

Machine explosions are deadlier. Use them to your advantage, but watch where you stand! 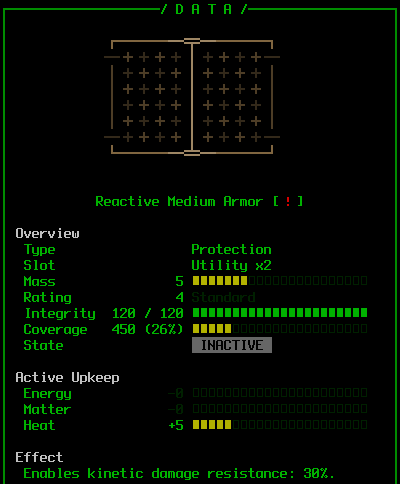 Workers dispose of disabled robots. Exactly how they do this you'll have to discover for yourself.

Stepping on a Hvy. Explosive Trap, usually much worse for them than it is for you. (I wrote a lot more about trap design on the blog here. Be warned the article contains spoilers--but leaves out the biggest spoilers!--so ignore it if you want to experience everything completely fresh.)

Notice: This month we will be holding a major tournament. You don't have to be the best (or even good) to win something, and there will be ongoing achievements and multiple leaderboards, so prepare for some semi-competitive fun

. Stay tuned for news on that.

yay traps, now i can form a trap line while scaping?

Hehe, nope you can't place them (see the previous post for more info: Indiedb.com). But there are lines of traps that you can reprogram and use defensively if and when you need to! Perhaps more useful for those who prefer stealth and speed and therefore often have less firepower.

you should work in placeable mines XD that would create good gameplay mechanics, like calling the the atention of enemies around, making a clear coast to walk throught the enemies :D (or a controlled bomb that i could activate when a enemy its close to it XD?)

As an isolated mechanic, it would be fun like many many others, though it also must be taken into consideration with so many other factors including balance, difficulty, other numerous mechanics, the overall vision for the game, etc. In the interest of finishing (so much *content* still to add!) I'm trying to reduce the number of new mechanics, which were supposed to have been finalized already but I decided (somewhat strangely and against principle) to add this entirely new feature quite late in development!

In other news, I just released Alpha 3c Tournament Edition and will be announcing the start of our Alpha Challenge event tomorrow. So anyone with alpha access can show their prowess with all the new systems =p

*If you like playing with explosives, my other game X@COM that I'll be getting back to has all kinds of cool explosive options, including proximity mines and remote detonations :D