Here is Alpha 20 with some great new features: * New free play & competition menu with much more individual options for the game * Victory point system for the competition mode * New ocean plant Seagrass that grows * New graphics for the ground layer of buildings (with streets and more) * Reworked wildfire and tornado logic * Wind lense upgrade for wind parks * and more ...

Posted by seriousmartin on Mar 3rd, 2016

This had to be done once and for all. Here's the brand new game setup screen that brings all the features for "Free play" and "Competition" together in a consistent and intuitive interface. This setup has everything there is in the game so far and it lets you customize it in your own way. Ready for new content and features... 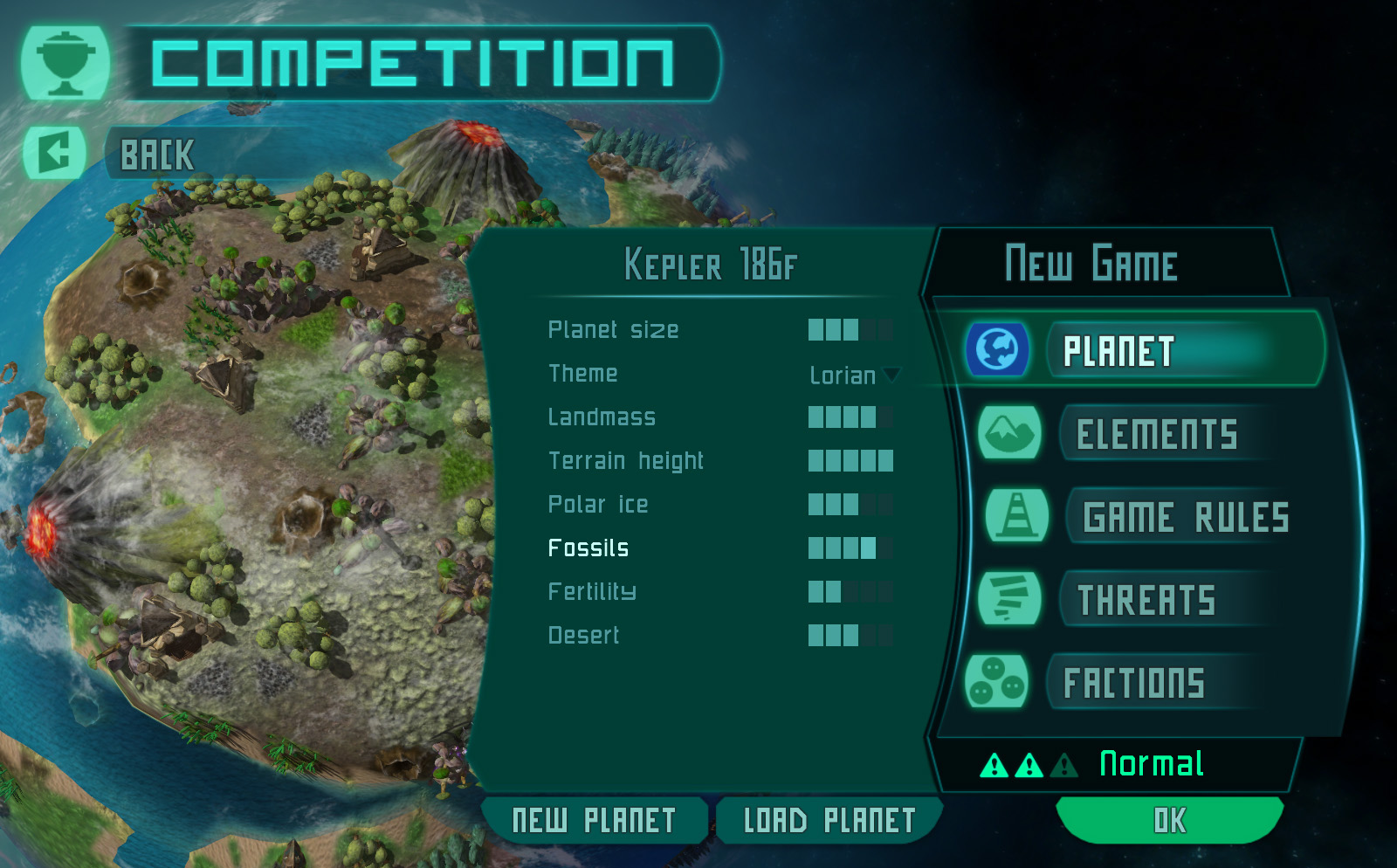 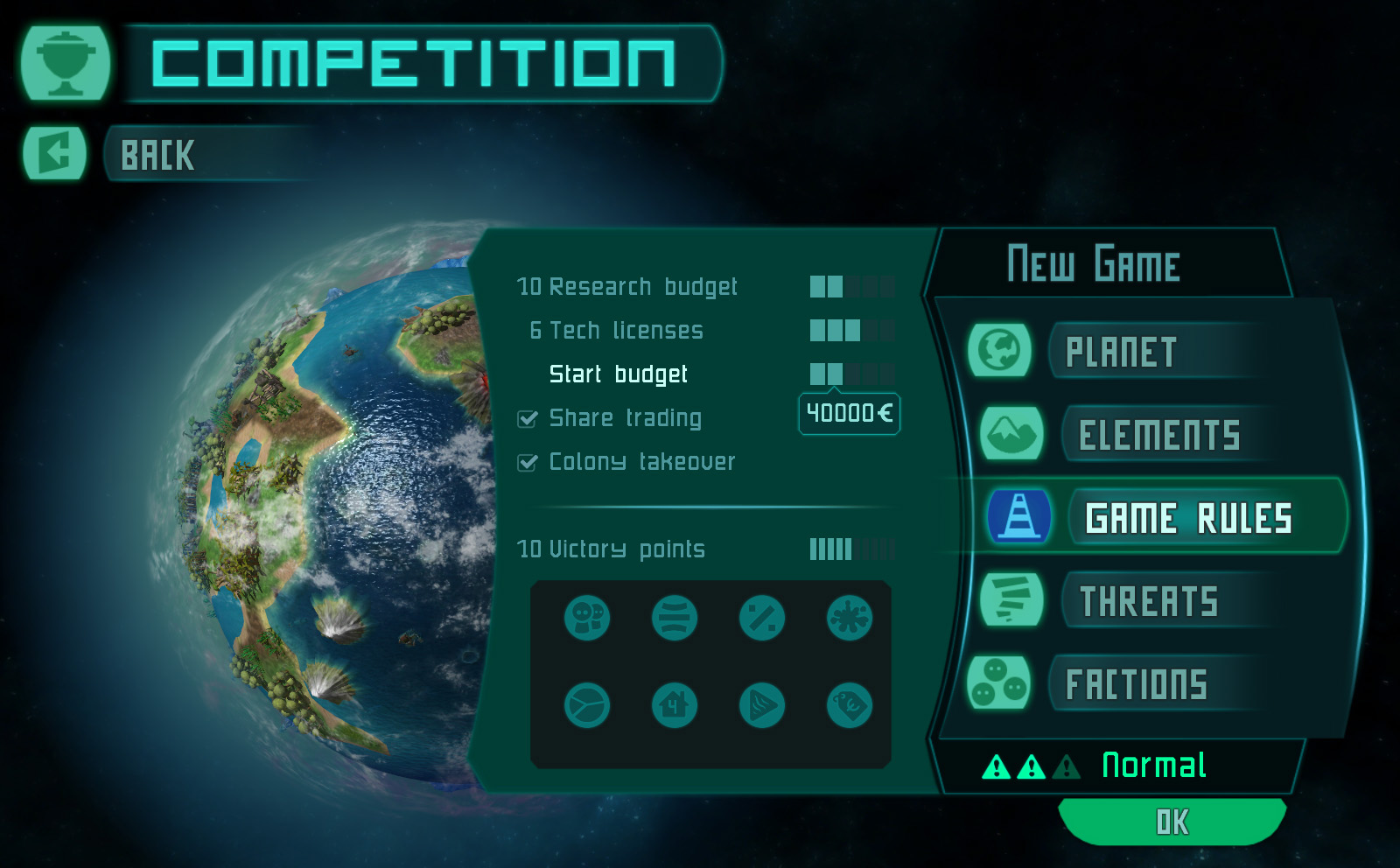 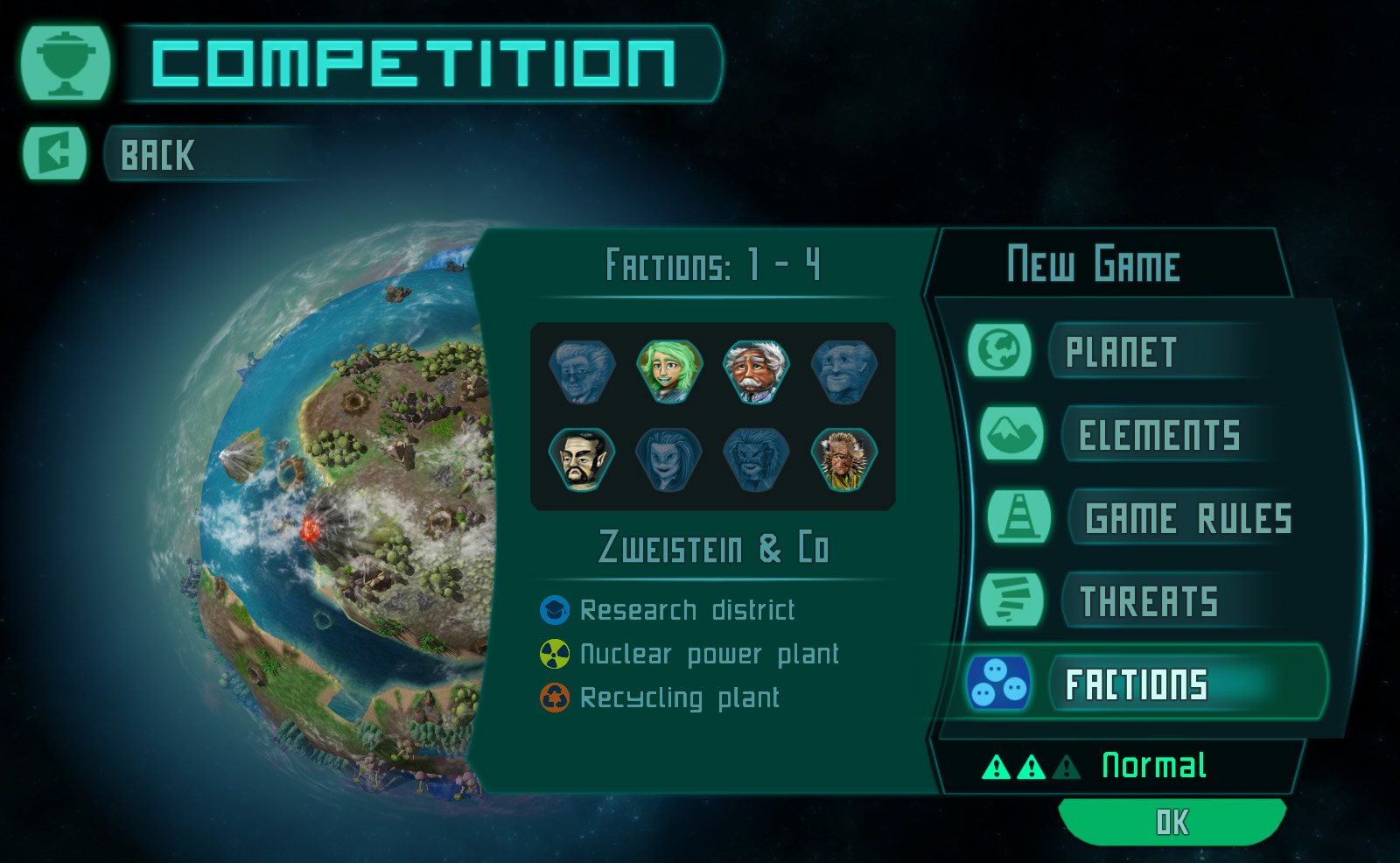 So, here's the first version of a victory point system that shell make competitive game play much more interesting. Why don't you give it a try and tell us you're ideas about what might be fun to compete for against Ai opponents... 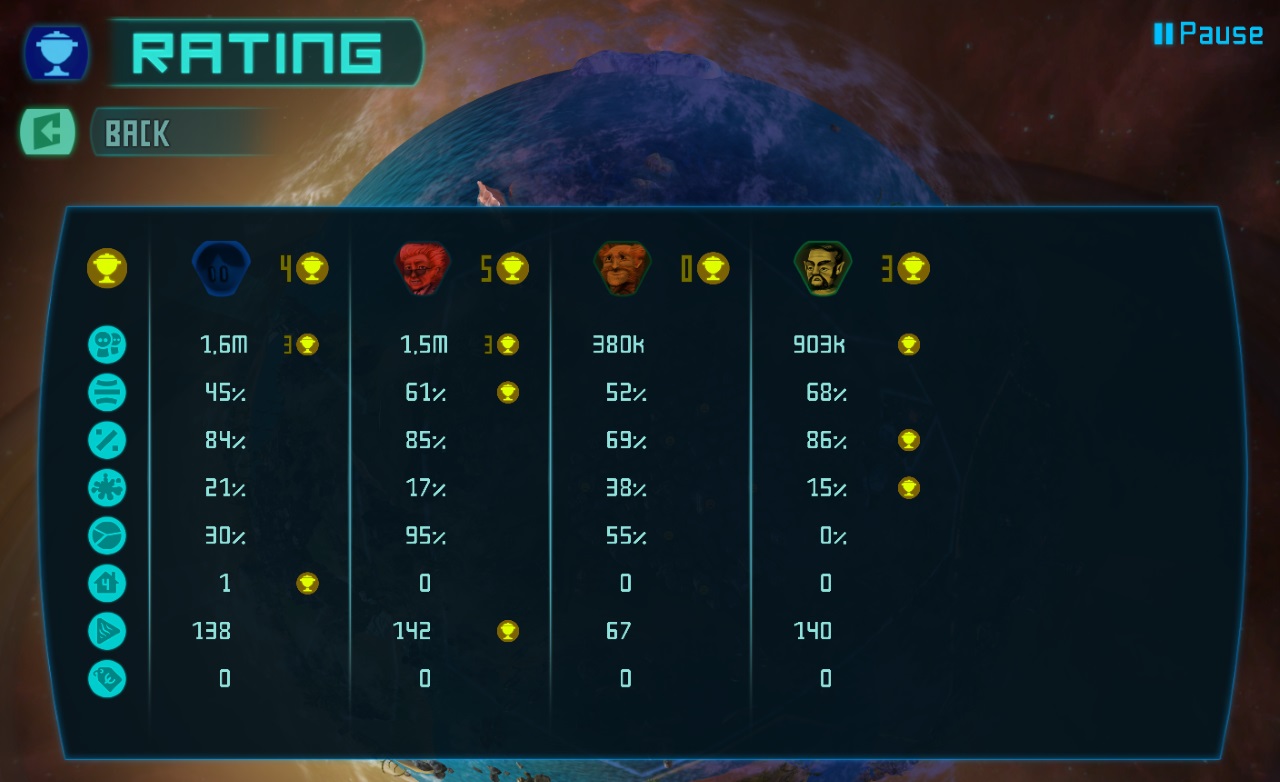 Seagrass is a new underwater plant that grows near the coast. It compensates greenhouse emissions without claiming landmass and provides a habitat for fish, increasing the catch of nearby fisheries. Seagrass also helped us to balance the Rounos mission and make sure it's a bit easier and less disastrous to deal with Joe's expansion.

The streets textures have been updated so finally form a grid that's really connects the buildings to each other. Almost every construct has now modernized models and textures. Latest renovations are mine, mall, green house, and recycling factory. 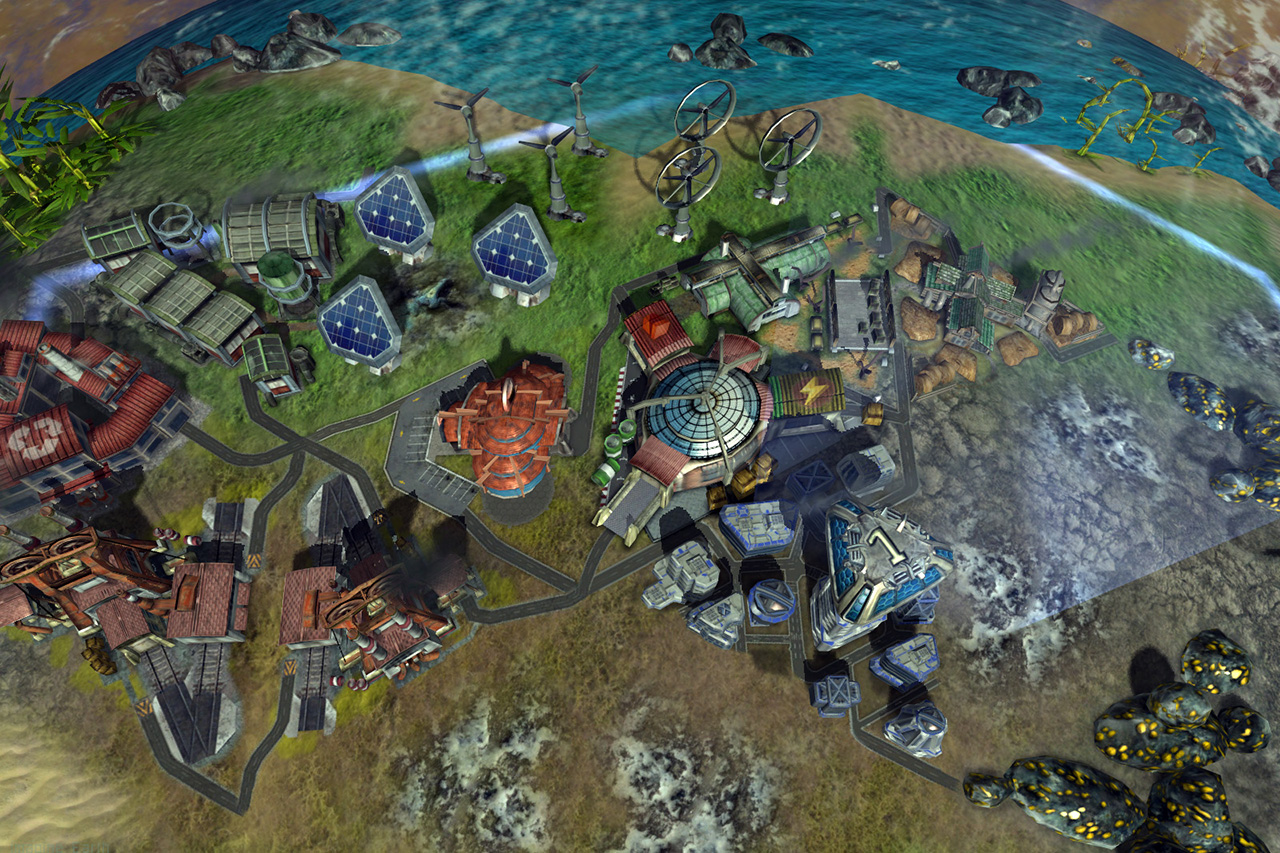 We changed how fossil power plants are simulated. Their productivity now significantly drop when the fossil resources at their location are depleted and the depletion itself happens faster. How strong this factor is depends on the level of difficulty you choose. When the productivity of a buildings falls under 50% a warning is displayed above it. 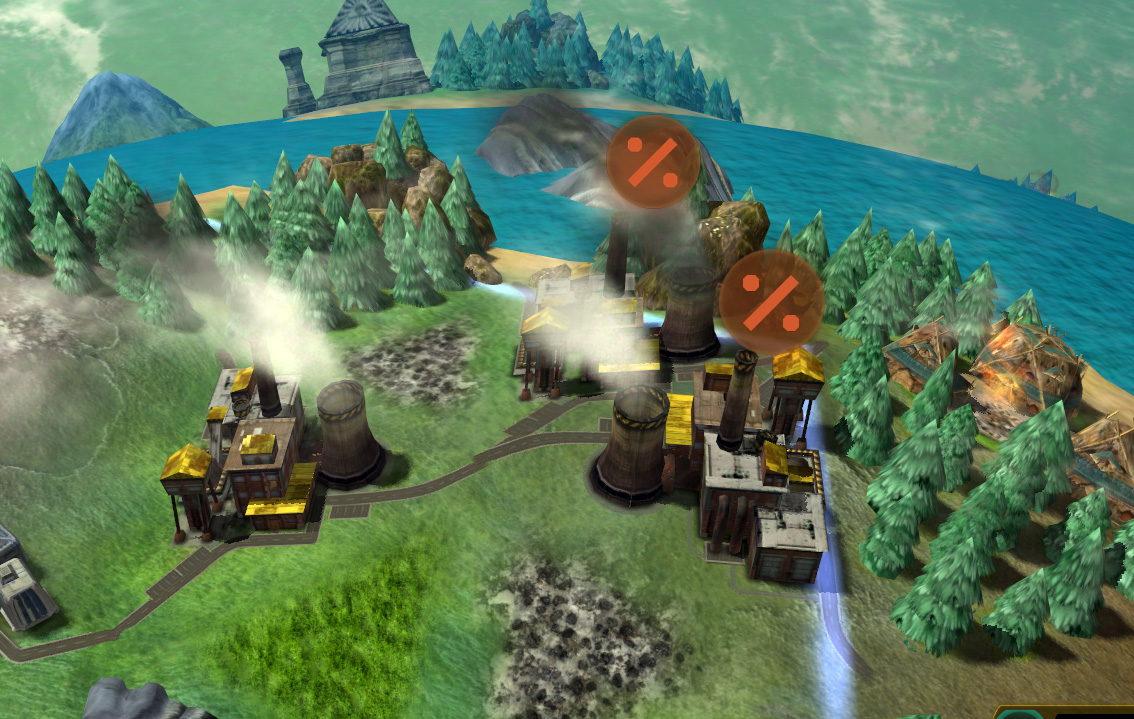 The balancing of wildfires and tornadoes needed some rework. With global warming rising they became very omnipresent and made it nearly impossible to deal with the situation. Without global warming they didn't occur at all. Now we have a new logic: Both wildfires and twisters are now based on multiple factors. In general they will occur approximately every 1000 rounds. This regularity is influenced by the intensity you choose in free play and competition modes, the size of the planet and the state of global warming. Tornadoes mostly start in high temperature regions and near the coast. Wildfires are at risk in high temperature areas with environmental pollution.

The wind park got a new technology upgrade. The wind lens is increasing energy output by creating a low pressure zone behind the turbine blades. 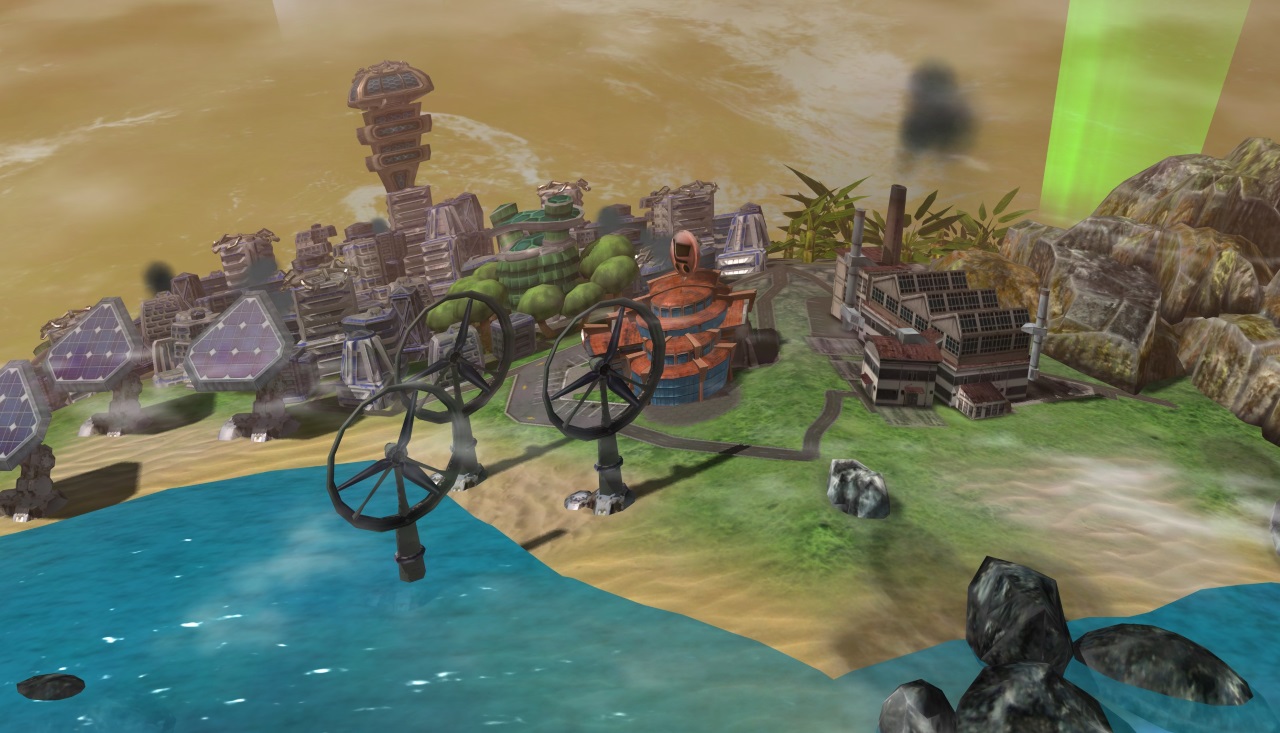