Arakion Alpha1C has launched and with it the final version focusing purely on base mechanics and graphics, we'll now be diving into character customization advanced puzzle features and more with future updates!

It's been a long time since I posted on IndieDB, but now that a substantial amount of development has finished I'm ready to begin posting again! A huge amount of work has went into Arakion over the past 3 years and the game is in a very solid state now.

While it's not yet available to purchase or play yet (unless you backed the initial fundraising) I want to keep you all informed about all the updates and cool new things rolling out!

This version represents the final release focused purely on graphics testing and core mechanics. These include features like movement, using rations, interacting with objects, simple combat etc. All storyline and advanced features have been removed as this version is for you to get a good look at these base mechanics and provide feedback on them!

Coming to an Alpha near you!

Most of the planned immediate content focuses on character customization both with equipment and appearance as well as balancing.

A couple of screenshots from Alpha 1C 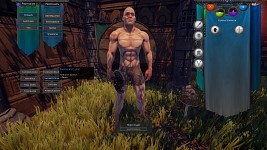 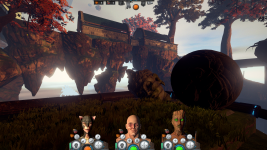 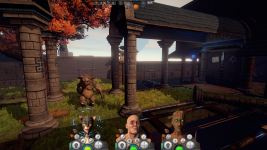