Imagine Earth Alpha 16 extends the campaign with a new mission on a planet called Magni. It adds Xrathul harvesters, the shield generator upgrade and the construction material factory to the gameplay and as always we have picked a few UI and gameplay aspects and reworked them.

Posted by seriousmartin on Oct 9th, 2015

Imagine Earth Alpha 16 extends the campaign with a new mission on a planet called Magni. It adds Xrathul harvesters, the shield generator upgrade and the construction material factory to the gameplay and as always we have picked a few UI and gameplay aspects and reworked them. 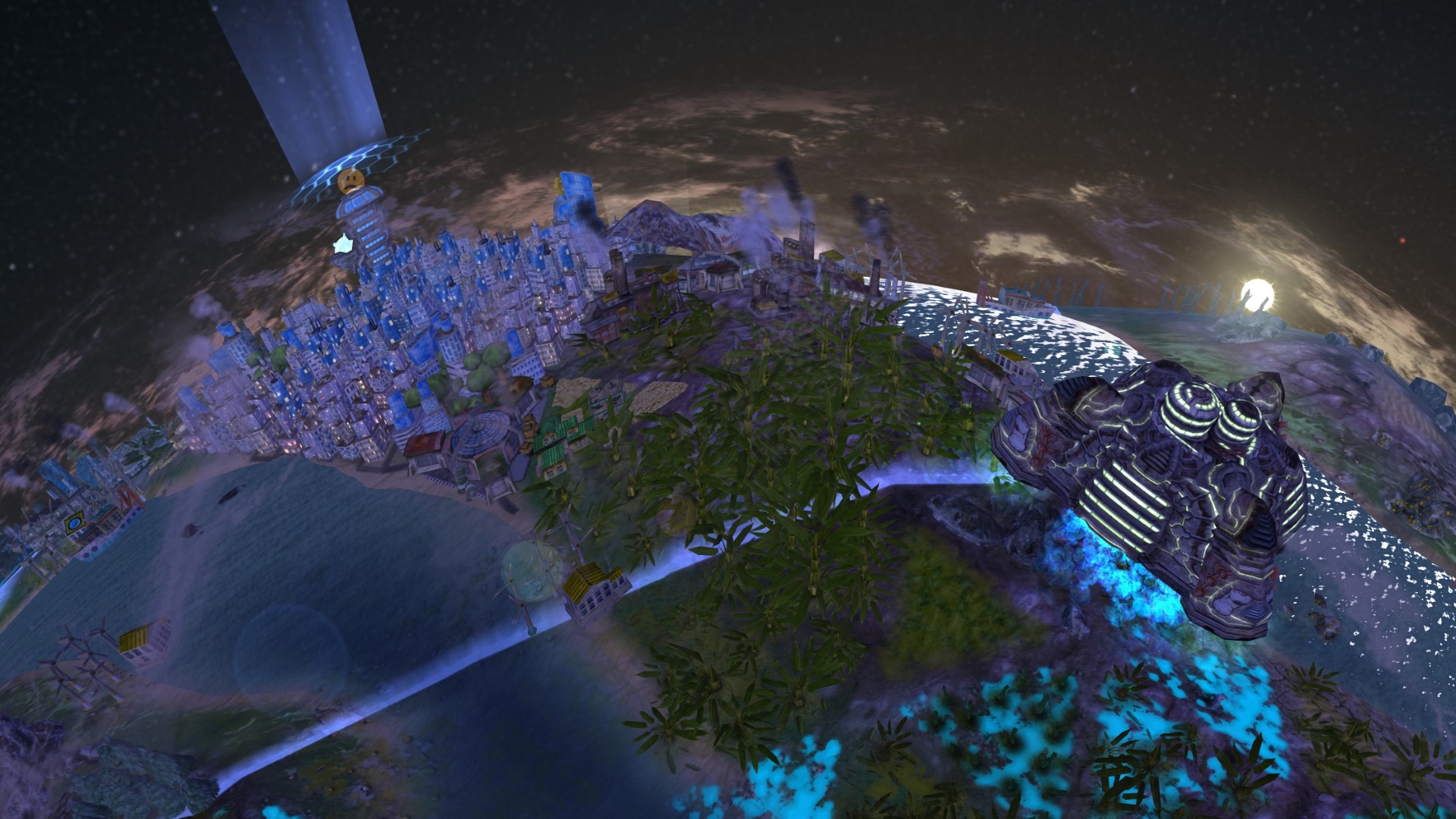 The mission is added in between Rounos and Bora and continues the story after Lima and Twostone’s decision to form their own company. To make some money you will start your mission as a freelancer for the interstellar environment agency of the United Space Union (USU). The main unique element of this mission are the harvester ships sent by a race called Xrathul. 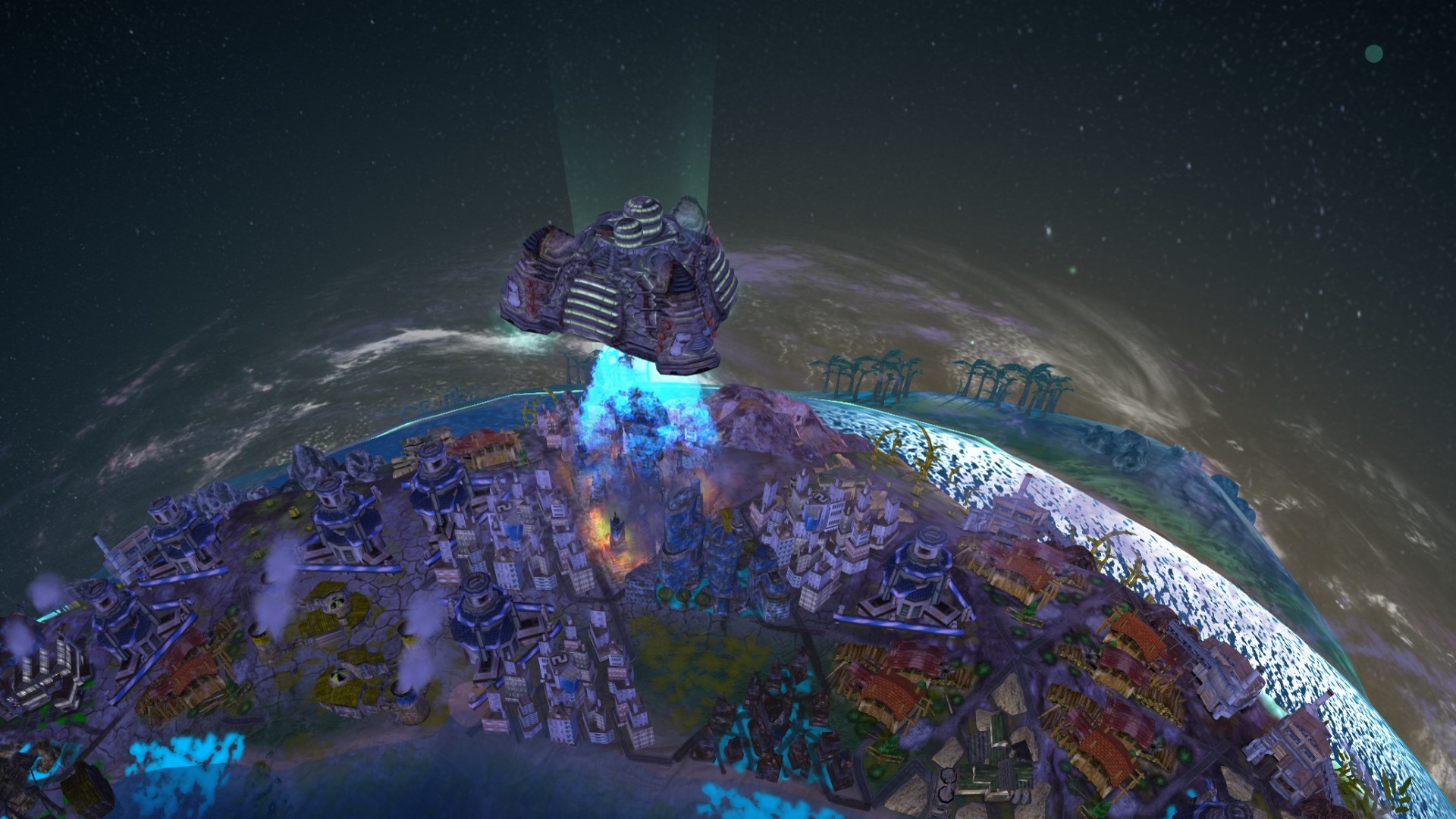 Adding these guys to the game was a LOT more work than we expected it to be. They come with a simple logic that makes them harvest the planet from field to field in the direction of special targets like gold and city centers. You can "feed" them with energy, food and goods to make them go away or use a special defense laser.

The shield generator is an upgrade that can only be added to a capital city (a city center level 4). It protects the city center from being damaged by twisters, volcanoes and ... Xrathul harvesters. Note that this doesn't protect the surrounding buildings and needs a lot of energy. 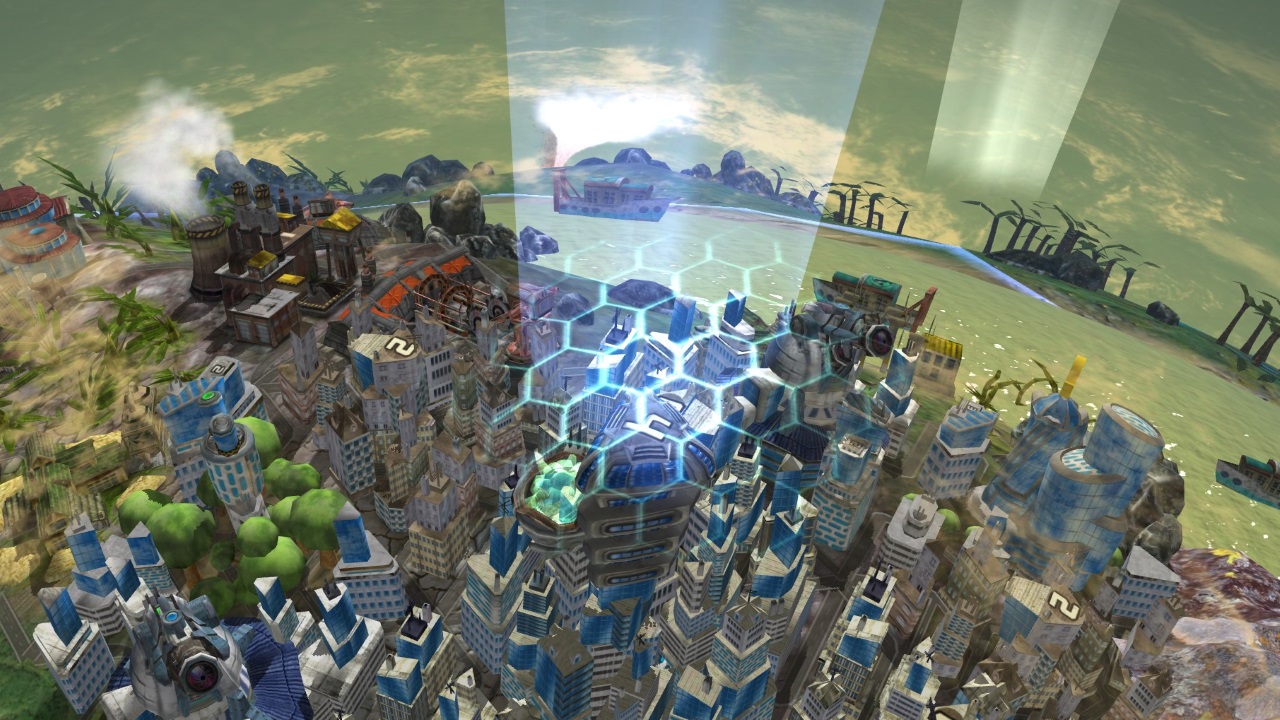 This new goods factory produces building materials from different layers of rock and metals in the soil. Additional building materials can be obtained in regions with rocks. They increase the productivity of the plant and are slowly degraded. It can be upgraded with the energy intensive recycling of materials and cement processing that increases the production. 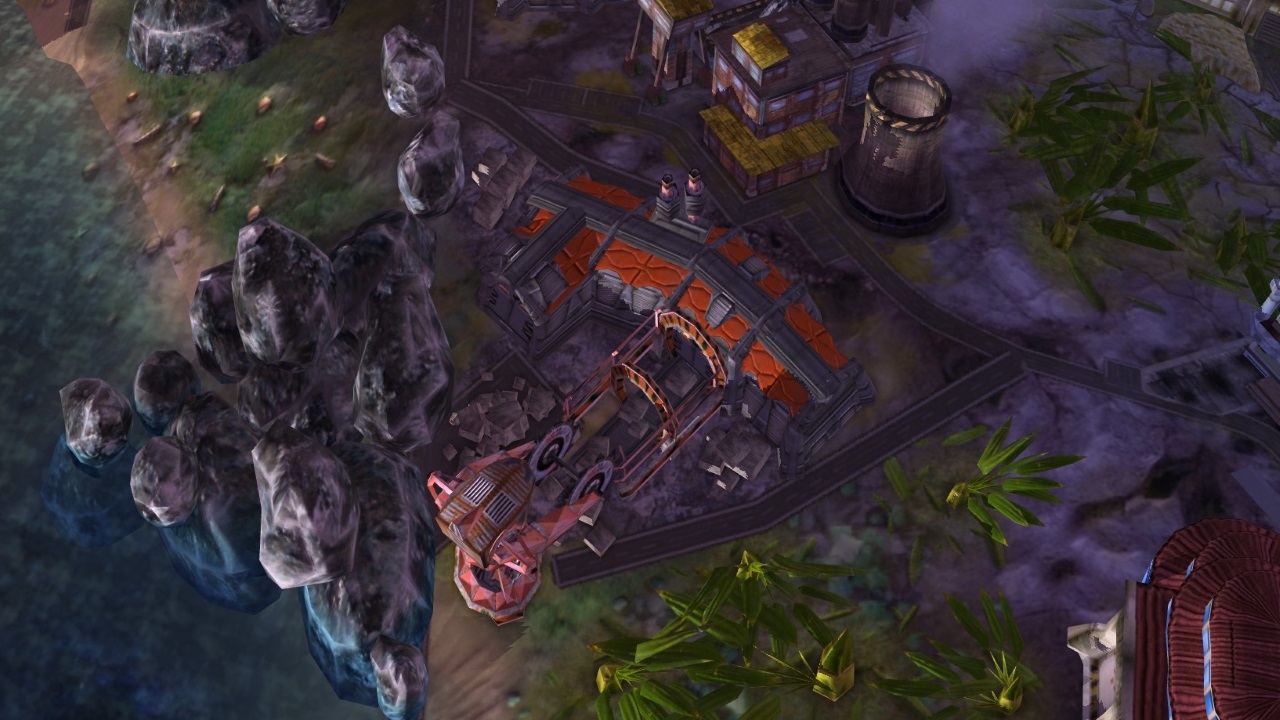 The technology (used to be called "development") panel and the stats screen received a slight redesign to better match the more futuristic style of the user interface. In addition upgrades no longer have to be developed. This means a researched upgrade can always be applied to your existing buildings with having to buy a technology license for it. 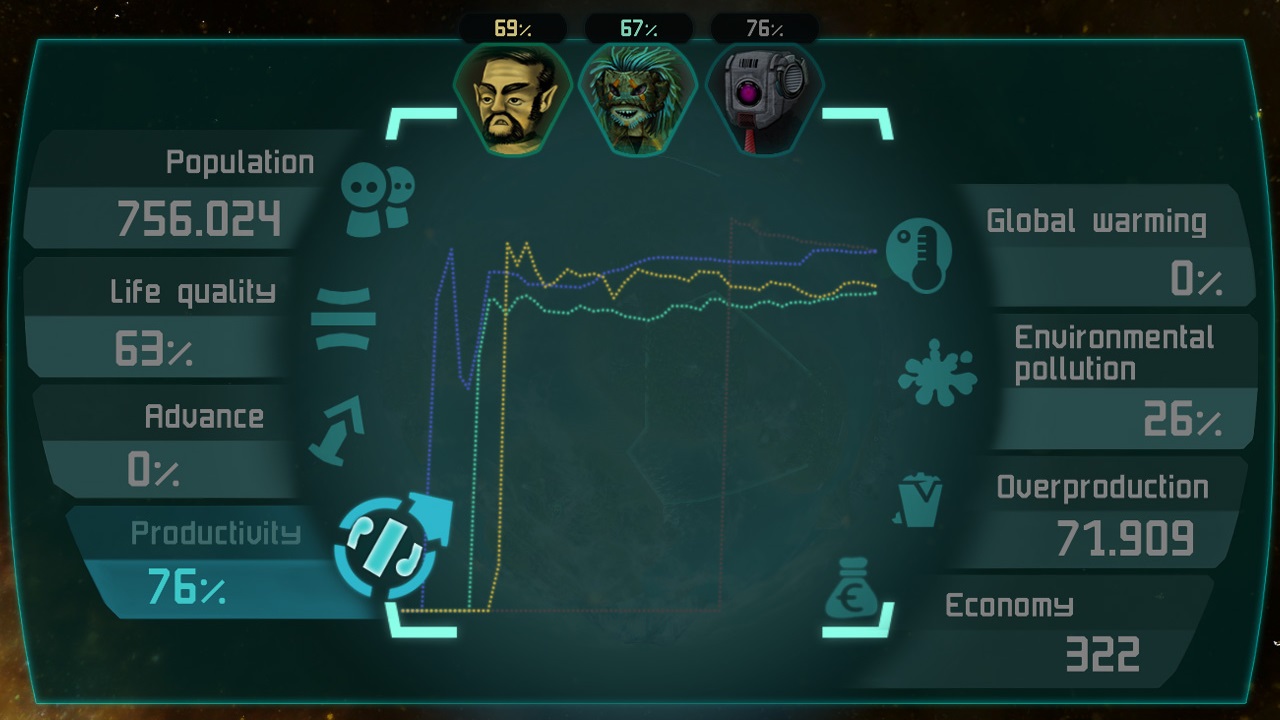 Currently the borders are standing upright like laser walls. Because of this it’s sometimes hard to see them looking top-down. We reworked them and put them onto the planet. Now they are much easier to see and better looking: 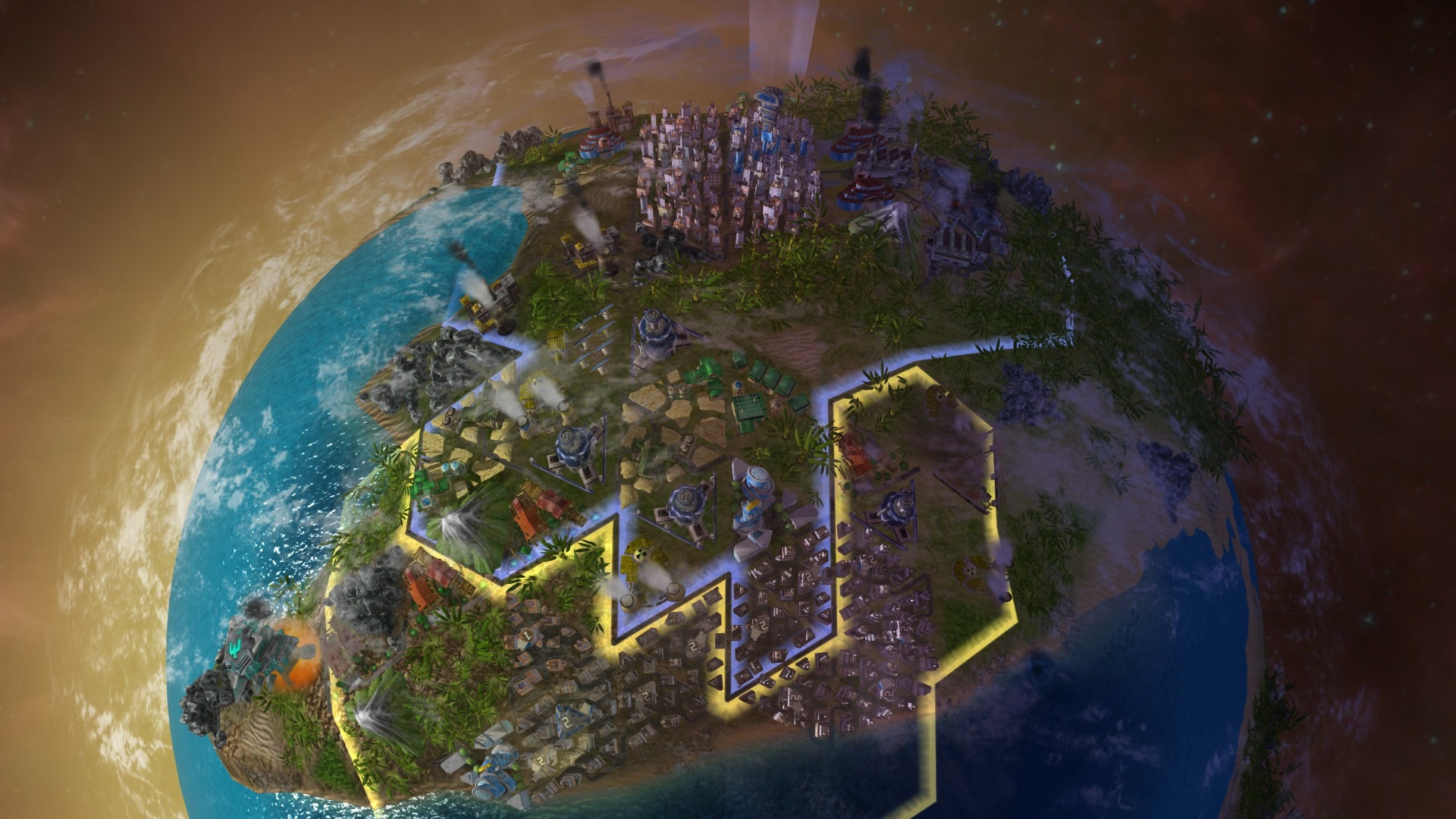 We hope you have a lot of fun with the new version! Jens & Martin