Read on for what's new in our fourteenth alpha release, made today! 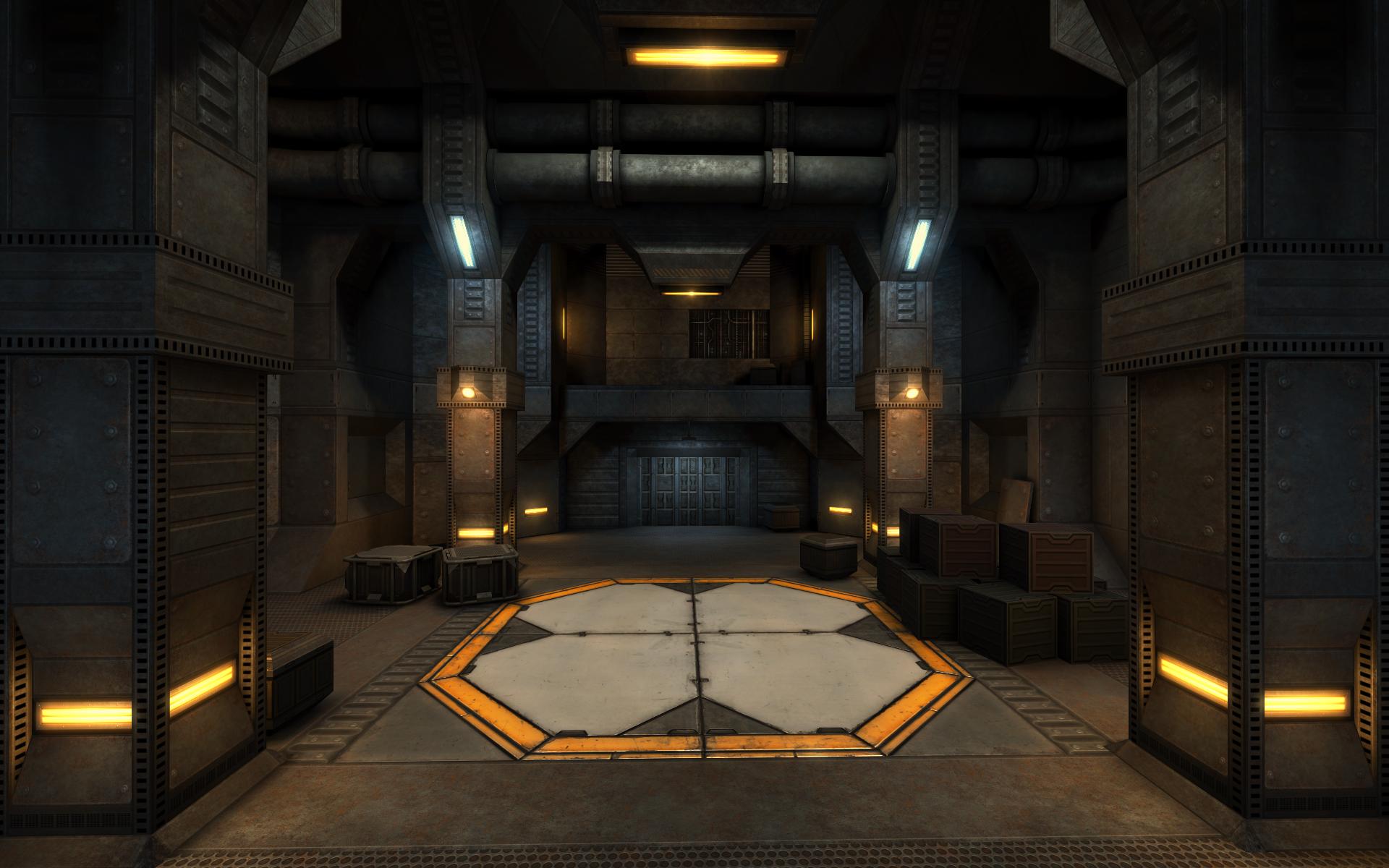 We've added another significant feature to our renderer in the form of color grading, which can be used to alter and enhance color channels, as well as contrast. It's a map-based feature and we're working on having it work per-room, and at the moment, it's available as a public test that affects the map as a whole. Try it out! So far, Parpax has been color graded, and we've included some sample color grades that you can experiment with on any map. To do so, just type /testcgrade gfx/colorgrade, where colorgrade is the name of the file. Some of the colorful examples provided are red, green, and blue. To switch back, use neutral.

We've fixed quite a few bugs this month, the most easily noticed of which would be the server lag bug, which is now gone. Hopefully, you should no longer be experiencing the small lag spikes that appeared out of nowhere, as they have no longer shown up in our tests. The numBones error will no longer cause you to disconnect, although it may induce graphical anomalies. The /builder command will work on buildings under construction, and no-build areas on Tremulous maps will now work.

Maps should load significantly faster now as we've optimized the calculation of visvis, although this may be more noticeable for those with slower hardware. Occlusion query-based "real" fades on light flares can be enabled via cg_lightFlares 3, and might provide a slight performance increase. For those on our new GL3 renderer, startup and map load time should be improved as the engine no longer needlessly goes through the combined shadertext. In addition, by enabling r_lazyShaders, shaders will be compiled immediately after the game has started, although at the cost of slightly choppy UI interaction until they are finished. The /map command can take a second parameter now, such as the desired layout. We also have variable expansion now; for instance, /say $p_teamname$ will display you as saying "aliens" to other players.

As part of our efforts to make the game balance easier to modify and to lay the foundation for the addition of new game modes, we're in the process of moving all of our balance definitions from unvanquished.h into a series of config files. The implications of this include the possibility of easy distribution of balance changes in simple pk3 files by player modders, and the rapid testing of balance due to the removal of the need to recompile. To reiterate, you no longer need to compile if you want to change, for instance, the damage of a weapon or the speed of an alien; rather, you can just edit the appropriate plaintext config file.

We've spent quite a while going over the entities code, refactoring and streamlining what we've inherited into something more modern. This is an ongoing project, and with the merge of the entities branch into master for this release, we've laid the groundwork for future changes. Of course, the changes are more readily apparent to mappers, as entities are features of a map that level designers use for things such as doors, elevators, and other things, but over the course of coming months as the entities changes are incorporated into present and future maps, this will allow for more advanced map features than were previously possible.

The specular and normal maps were not showing up on the grenade model, and this has now been fixed. Take a look at all the detail on it, but make sure to run away before it blows up! In addition, the lucifer cannon should no longer be jerking around after firing the primary shot. The muzzle flashes have all been altered as well, to either be less glaring, or in some cases, more detailed. For instance, the rifle and chaingun have new flashes that take up much less space on the screen. The lucifer cannon and mass driver effects have also been altered.

We now have Argentinean Spanish, which I've been told should be legible to other Spanish speakers, although you're more than welcome to take a look at translating to some other dialects of Spanish by participating in our translation sub-project. Also, we have updates to some of our existing languages, with more translation work done on Polish, German, and French. Lastly, names can be entirely non-ASCII, as long as they contain one letter or ideograph.

Yesss! Can't wait to try it out!

Why on earth does it put files into /var/games/unvanquished/? I've never seen any game put files there and I'm pretty sure they're not suppose to.

This game has come a long way in a few short months! I'll give it another go.

Lightning looks nice in that screenshot.