Hey folks. Today, I'll be going over what to expect in our eleventh alpha release, out on Sunday, January 6th.

You may notice that today's post is earlier than it would normally be. Alpha 11 is two weeks from now, while my expectations posts are typically the week right before a release. Of course, the release is still going on as scheduled, and will be the first Sunday of January. The reason I'm doing the post early this month is because I'll be making a big announcement post next week, on December 30th. Stay tuned for it! I'm sure it's something you've all been waiting for. 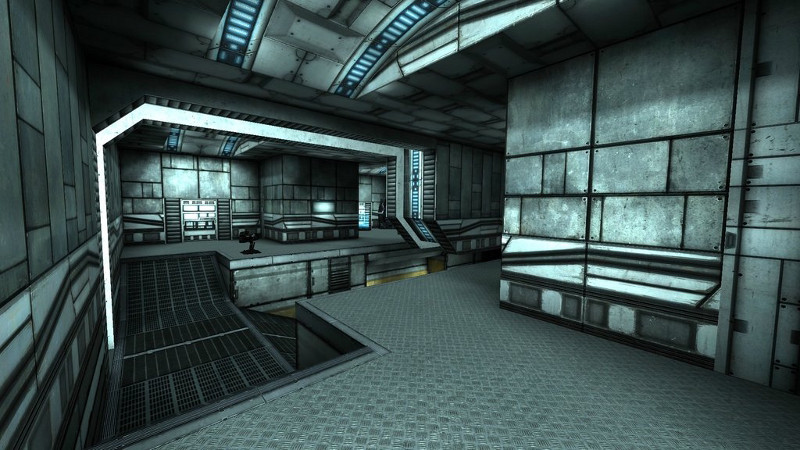 Now, we have several things in stock for next release. First of all, you can definitely expect mapping updates. Plat23 has been completely revised by EmperorJack, and while it maintains the same layout, the texture work has been completely redone. For instance, all of the textures are now properly aligned. The outside area is being redone, and the skybox will be one of the new high-resolution space skyboxes provided by Ingar. Also, there will be a new beta of Parpax, in which Viech is beginning to add new texture work, updating the appearance of the map to take advantage of our engine features. Lastly, Pevel is performing a few adjustments to Yocto after some initial feedback after its first release last month, such as adding a ladder to that inescapable room.

Code-side, we at last have some new updates for our bots by Fuma. You can now generate navigation meshes much faster, and they're generated with more accurate parameters than before. Bots will no longer freeze up next to small gaps, and will now walk over them, preventing some silly behavior. In general, they should be less awkward when dealing with map geometry. Beyond bots, Darren Salt has started building packages for Ubuntu in addition to his Debian builds, which means that you'll no longer have to rely on PlayDeb to provide Unvanquished packages for Ubuntu and Linux Mint. Beyond that, we have some miscellaneous fixes as usual, including the update of our GLEW version to 1.9, and the inclusion of WebP into our codebase, so that you no longer have to download it or compile it externally when building Unvanquished from source. 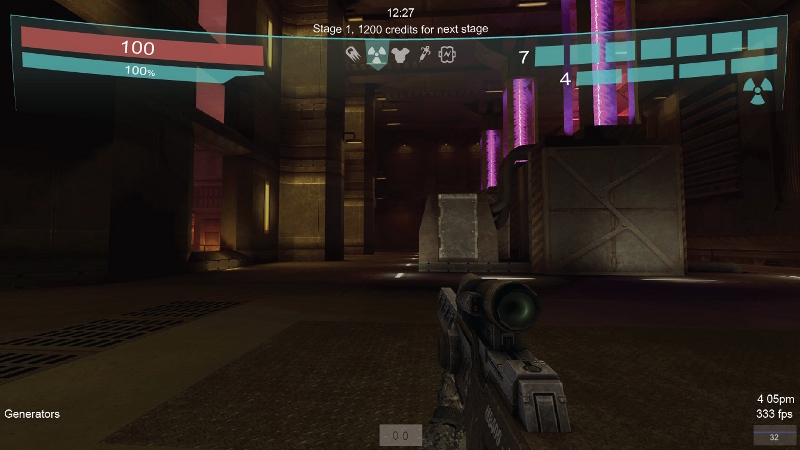 Asset-wise, a few things are currently in development, and it's too early to say whether or not they'll be included in the release. However, even if they're not included in this release, you can expect to see them in the following release in February. First off, we have a new HUD by Khaos for the human team, pictured above, and while the assets are done, we now have to implement it. As you can see, it's quite a bit different from existing HUDs, resembling the inside of a futuristic helmet visor. In addition, gavlig is currently animating the overmind, and even if we don't have it included in this release, we'll at least be able to show a video of it moving before the February release. We also have some more new sounds in the works, including those for human weapons. When complete sound sets are available for a specific thing, such as a gun or a structure, they'll be released.

That's all for today. Stay tuned for next week's announcement!