Posted by EleonGameStudios on Sep 17th, 2019 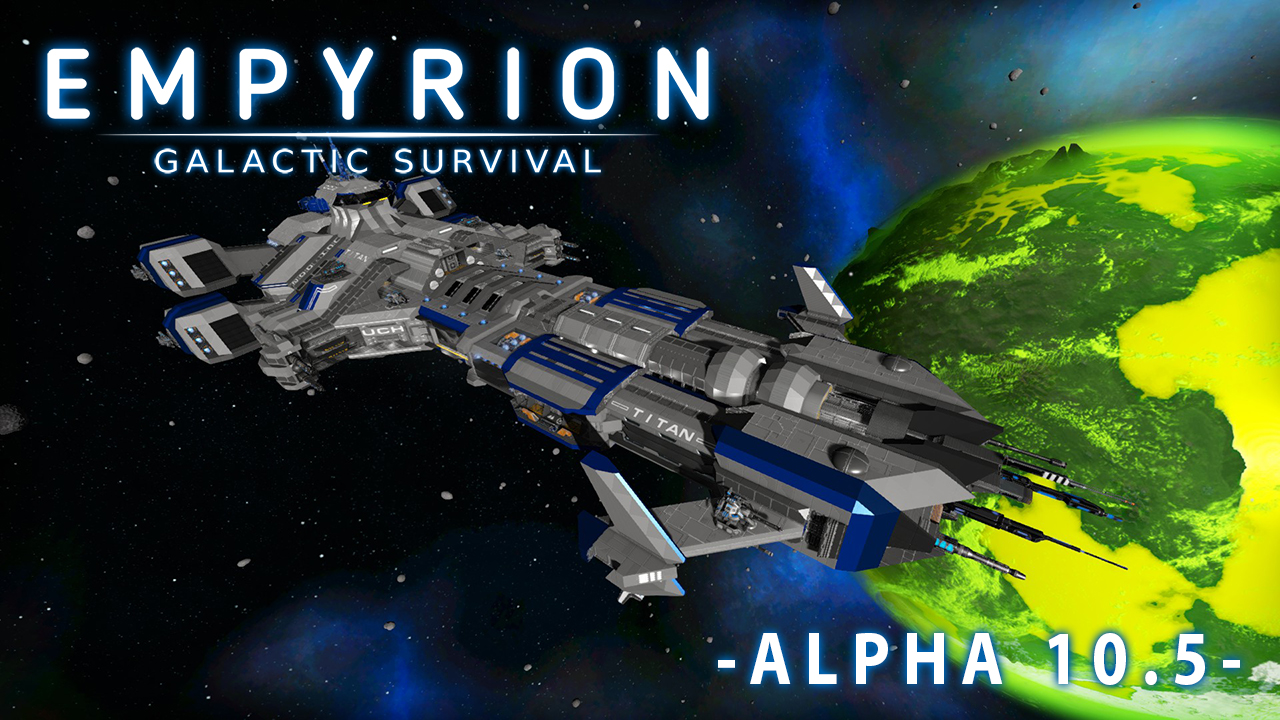 We are thrilled to release Alpha 10.5 to the public today! This update does not only contain a LOT of bug fixes but we also dedicated a lot of our time to some major (multiplayer) optimizations! The first pass of these changes should allow for a more fluid gameplay experience, especially in combat. We have implemented a few new methods on how data and events are handled and would like to have your feedback on how things have improved. Please use the feedback thread pinned in the feedback forum!

Besides bug fixes and optimizations, Alpha 10.5 has a lot to offer: The orbital planet view is now a real 3D Mesh, showing also terrain heights and other specialities. The Talon will no longer ignore you and also have their own Base Attack. If you ever wanted to toy around with floating text messages and signs, you now can do that with the new LCD Projector device. In the same context, we improved the LCD panel creativity options, which now are offering a slew of sprites, icons, signs and a lot of formatting options for your creative all-out art attack (also available for the projector, of course).

Last, but not least, beyond a heap of other changes, optimizations and updates, our Builders League has set its hand on various POIs and also added several new ones. Large and small orbital bases, mining facilities, artifact sites and many more are waiting for you. If you are around on a snow planet, check out the new Rados bases - they might now be covered with snow, but they are even better prepared to give you a warm welcome.

As always, before giving feedback, read the changelog below and give Alpha 10.5 a try. Then, please head over to our feedback forum and let us know what you think: Empyriononline.com

If you run into any issue - or if you reported an issue in the experimental phase that does not seem to be fixed - please add your bug report to our bug report forum. There is also a description on how to set up a bug report, so the QA team can track it and work on your issues.

1. Optimizations:
- Dedicated server now calculates planets instead of playfield server, planets are now calculated on demand and not all at startup. This prepares the way for solar systems and infinite space.
- Significantly improved internal network communication. This should result in more fluid experience (less lags, less kicks etc in multiplayer).
- Added interpolation of entities to reduce rubber banding
- Binarizing playfield yaml files to improve loading and networking time when the game is loaded a 2nd time
- Optimized dedicated server and playfield server: now using memory pools for the network connection to avoid heap garbage and defragmentation
- Changing terrain blocks will now be sent only to the clients that are around the changed area. Should improve drilling performance in MP a lot
- No voxel terrain chunks are built if flying above 700 meters
- Set EAC packages to unreliable/unordered. This might result in less player kicks when there is a lot of network traffic
- Turret rotation update rate is set to two updates per second and sent on unreliable channel to relief network channel 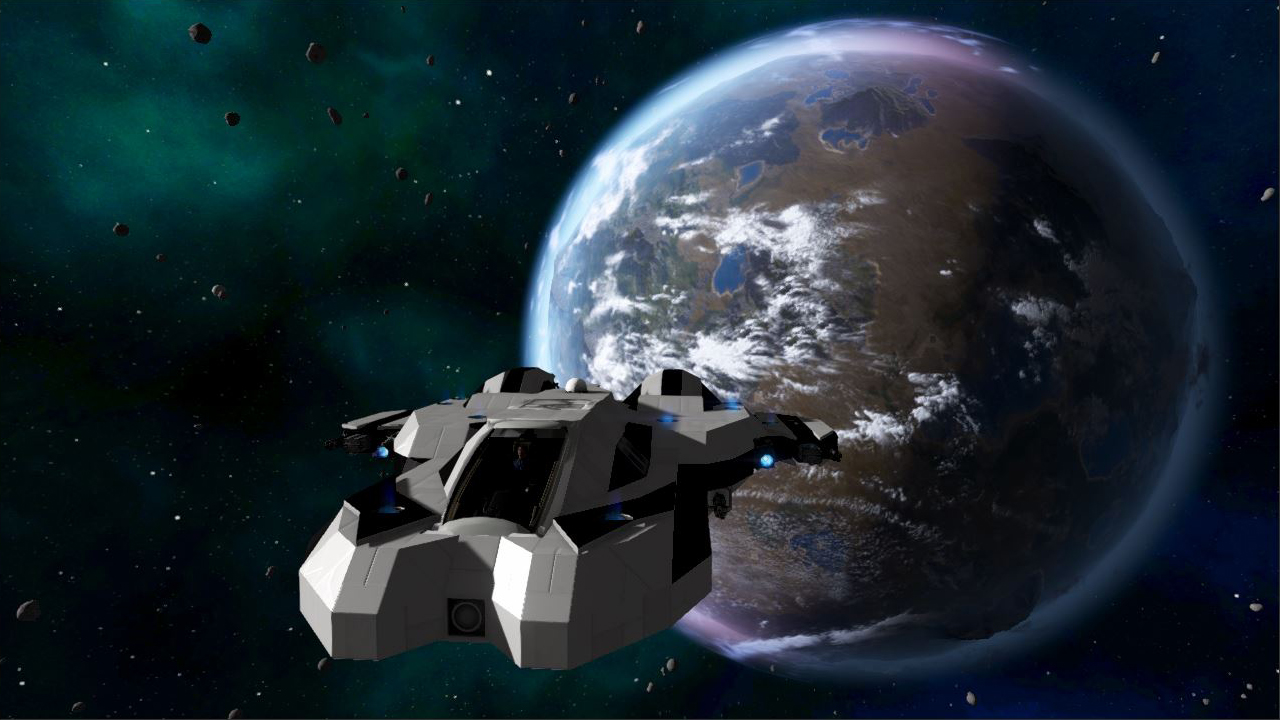 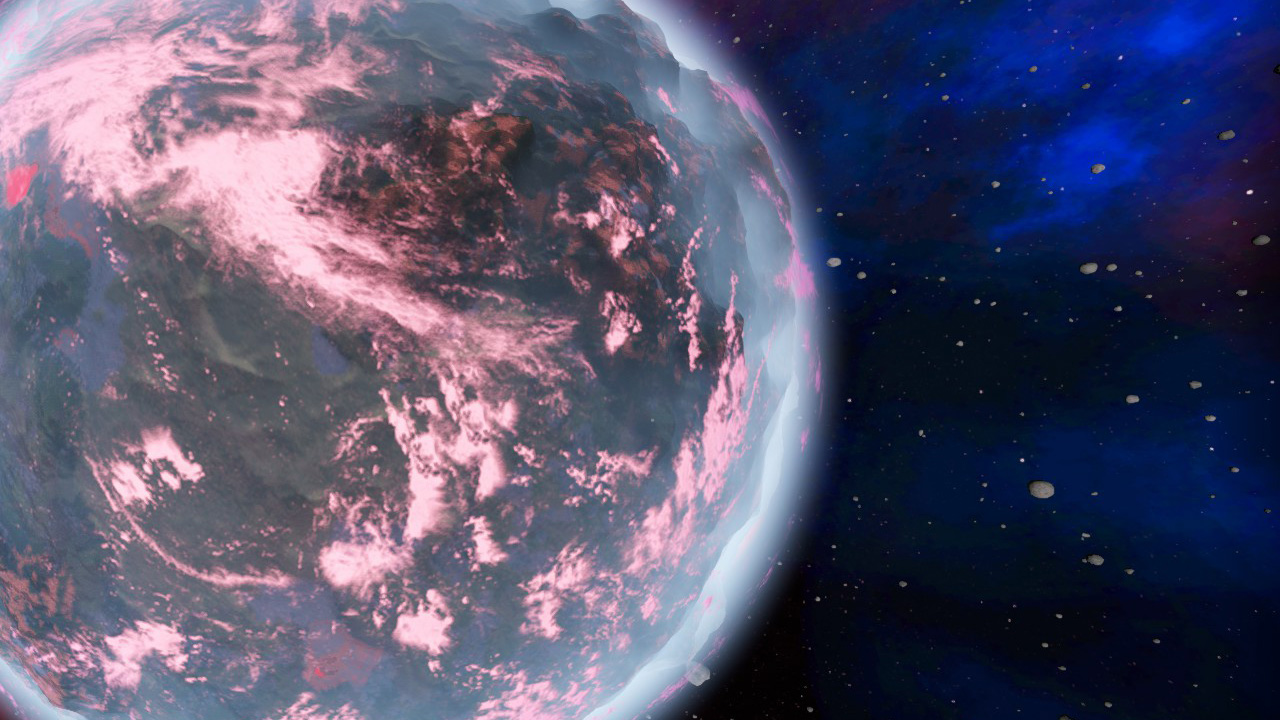 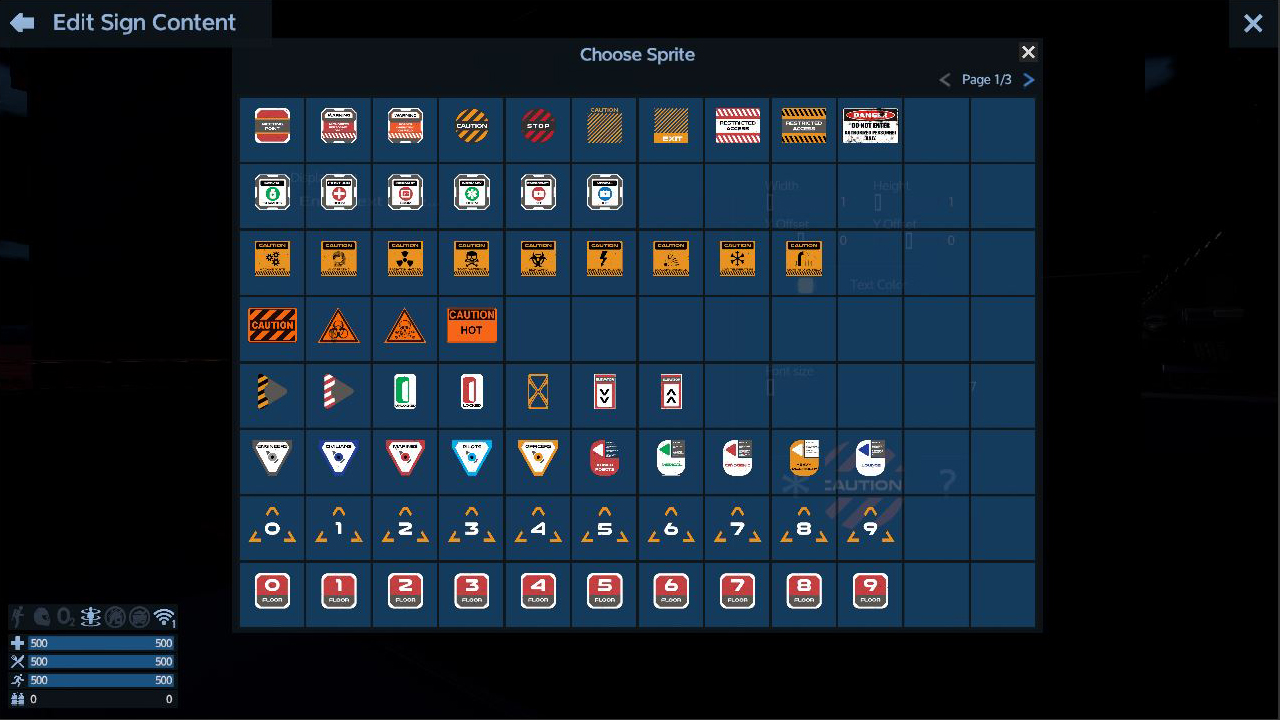 - Added LCD Projector block (can be found in LCD Group) - a projector has no own screen but projects the content into the surrounding area (with configurable size and offset)
- Newly placed signs will by default use the “new mode" that allows multi-color text and sprites
- note that some international character sets are not yet available (e.g. East Asian characters), if you need them please use the Legacy mode (works exactly as before)
- Extended 'Sign Edit' window by font symbol and sprite selection windows (sprites only usable with new LCD mode)
- Added 'Help' button to show the new formatting possibilities
- Added tooltips to most UI elements to indicate functionality 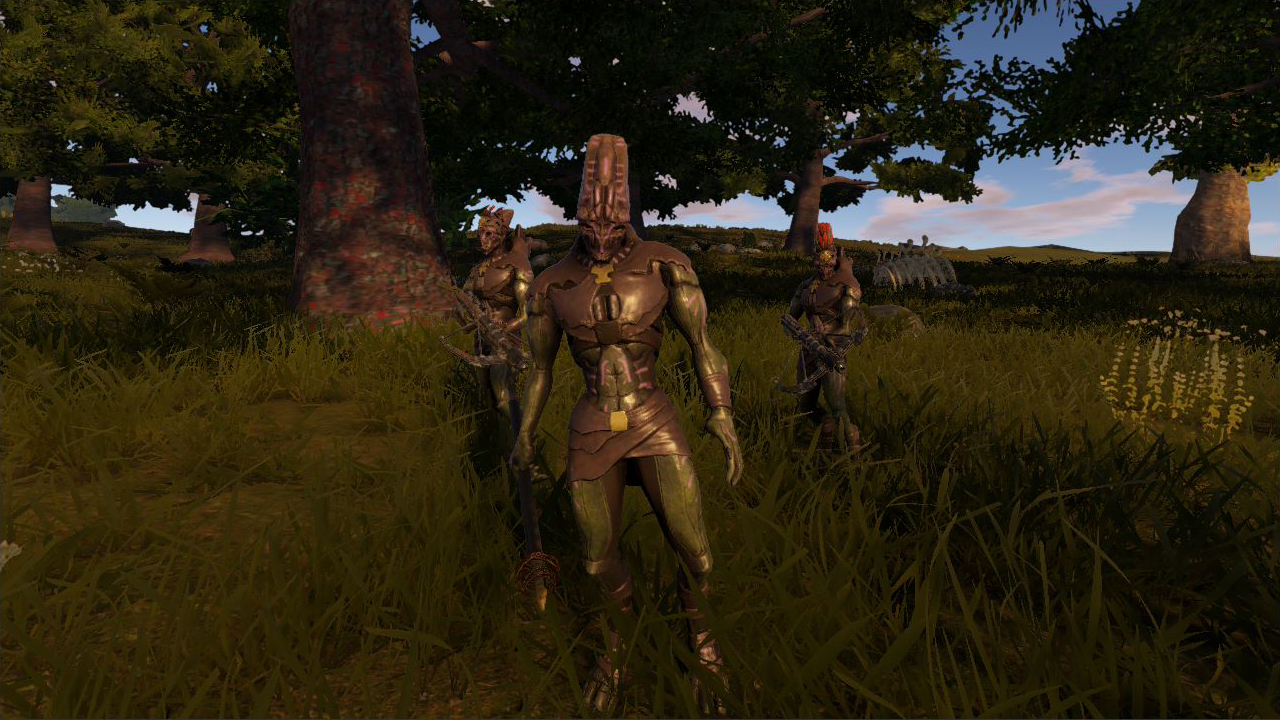 - We added a new base attack for the Talon faction: they will not invade your base but they position around your base and will deactivate the power of your base so you have to get out of your base to hunt them down

5. Improved Controller Support
- Several improvements for the handling of the controller
- Added an option to turn in game controller support on & off
- D-Pad down to work with inventory to move stack in one click
- Added Logistics and Factions to the radial menu accessed by controllers
- Added a way for a controller to enlarge & shrink the sensor detection area in sensor view mode
- Added 'Building tools' to the radial menu for controllers

6. Improved ModApi
- ModApi has been enhanced by some new functionality, other things have been changed
- please check the "Changelog" included in the documentation's start page (in folder Content/Extras/Modding Doc) 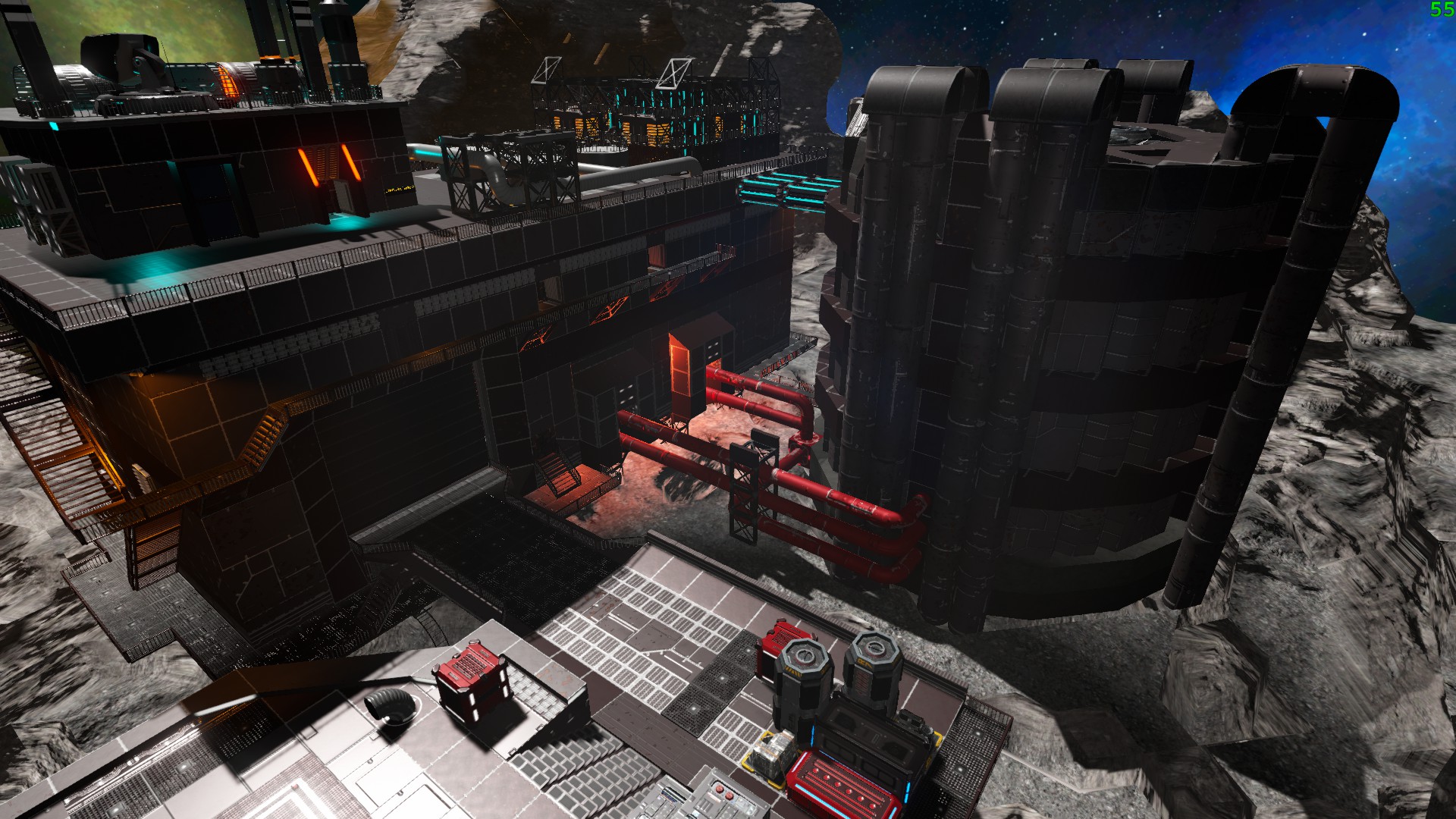 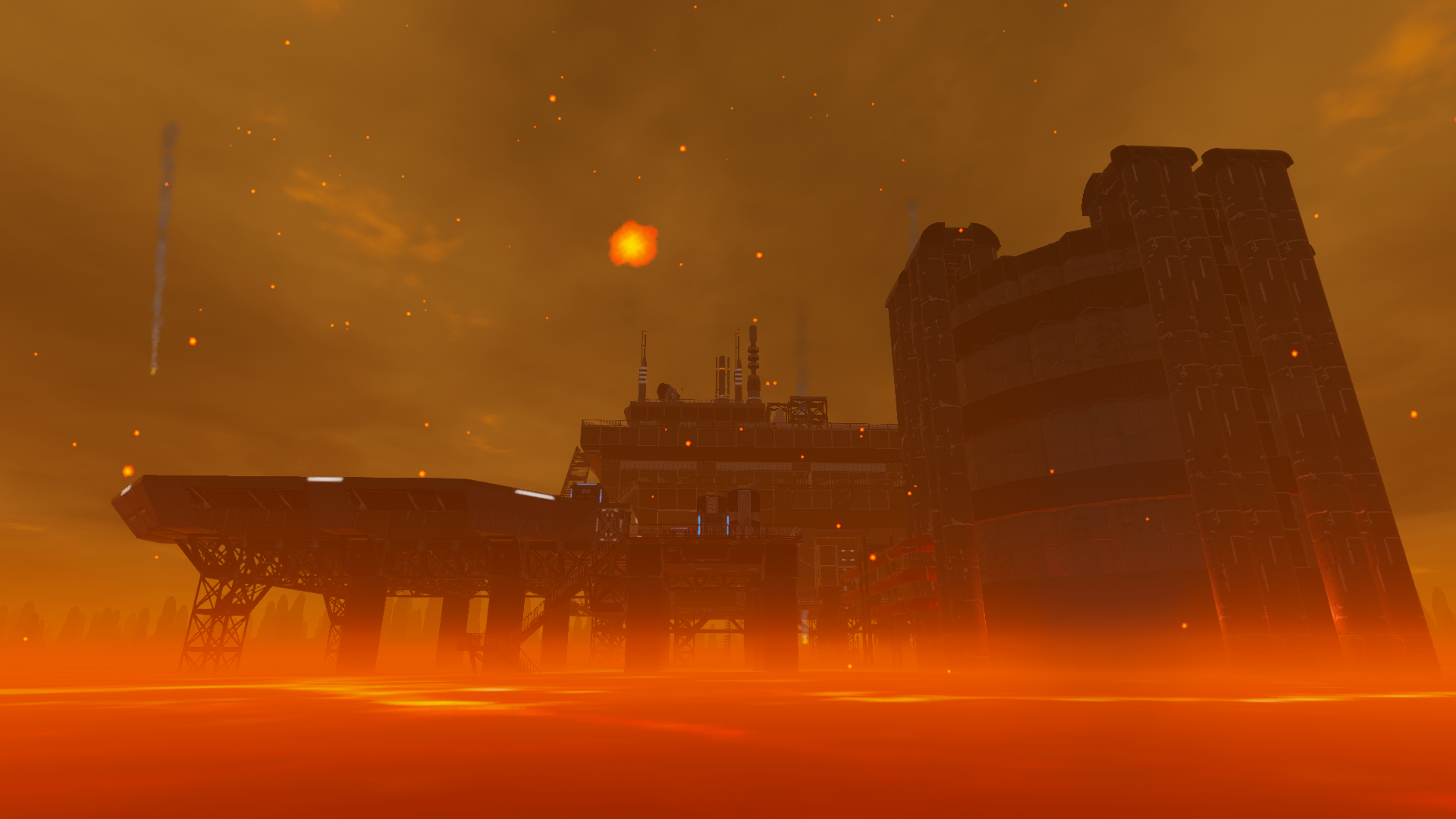 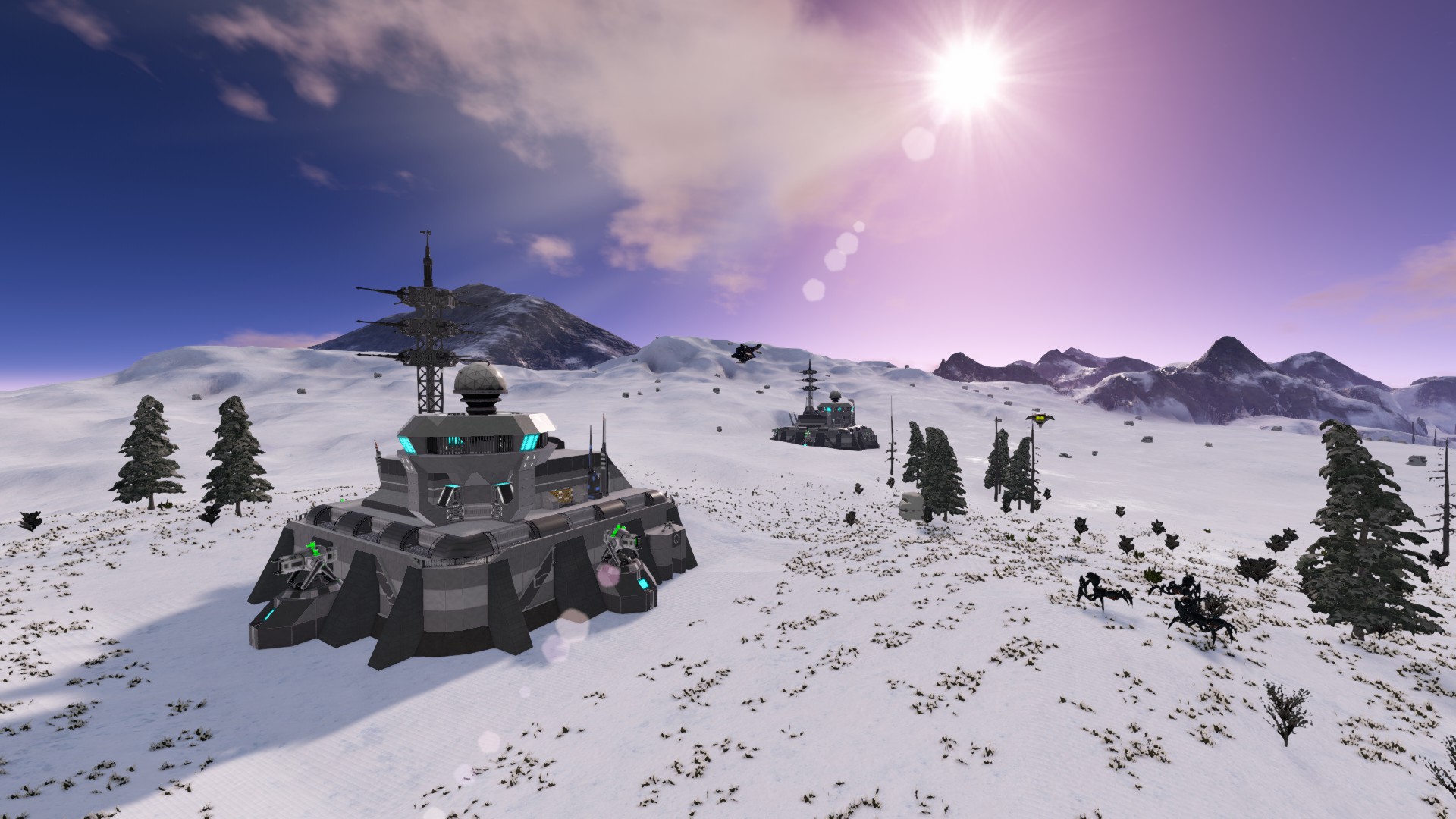 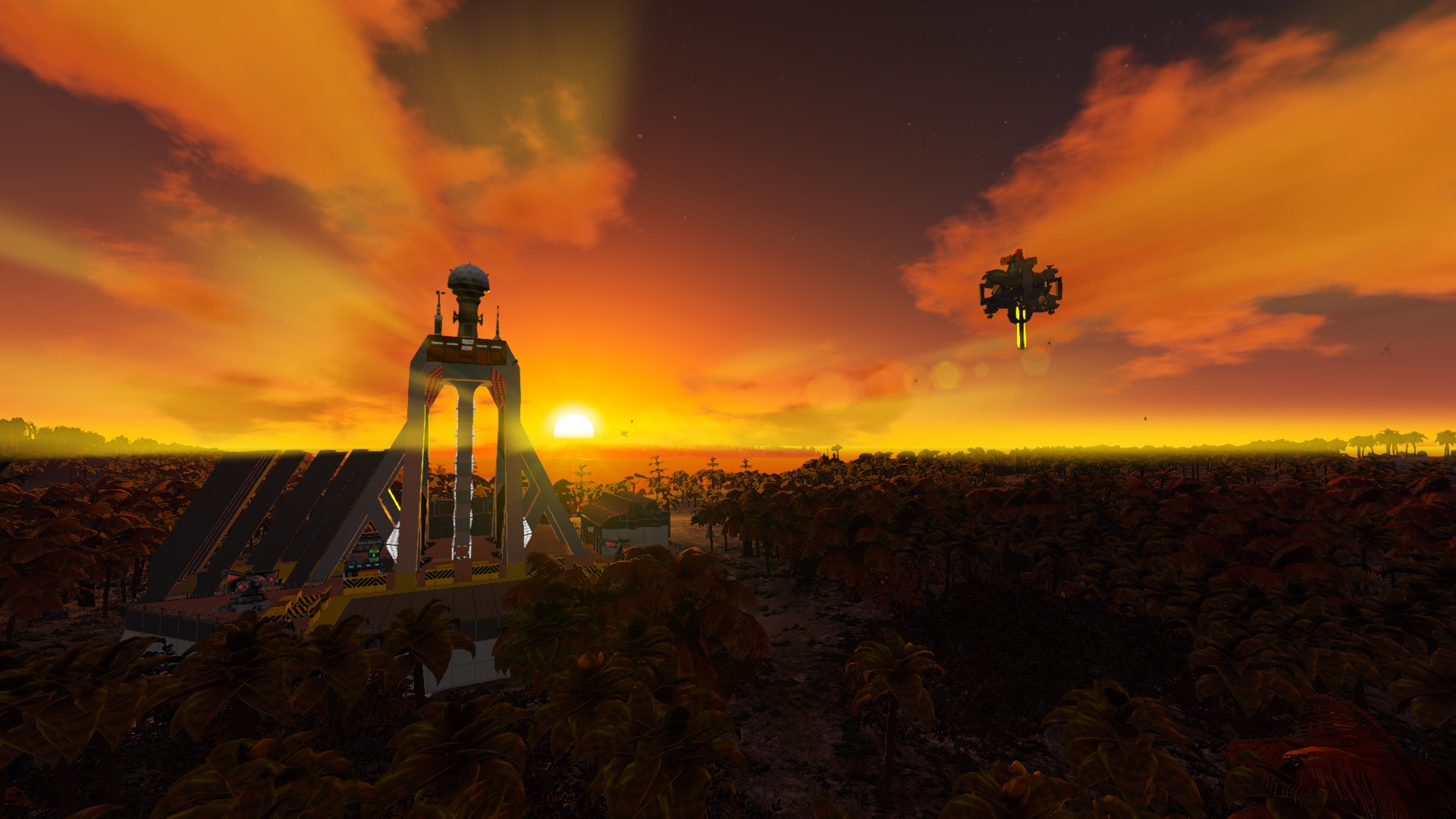 Gameplay:
- Added PentaxidOre as alternative template to Advanced Constructor to open up an additional (although costly) path to produce PentaxidOre ( in late game phase)
- Added "NoShieldReload" property for Shields per POI in playfield.yaml: setting this property will not load the shields after getting them down any more
- Allow removing of structure's lock codes and device grouping in Control Panel
- When a player opens CP or a container it will now set this structure to 'visited/touched' delaying any wipe 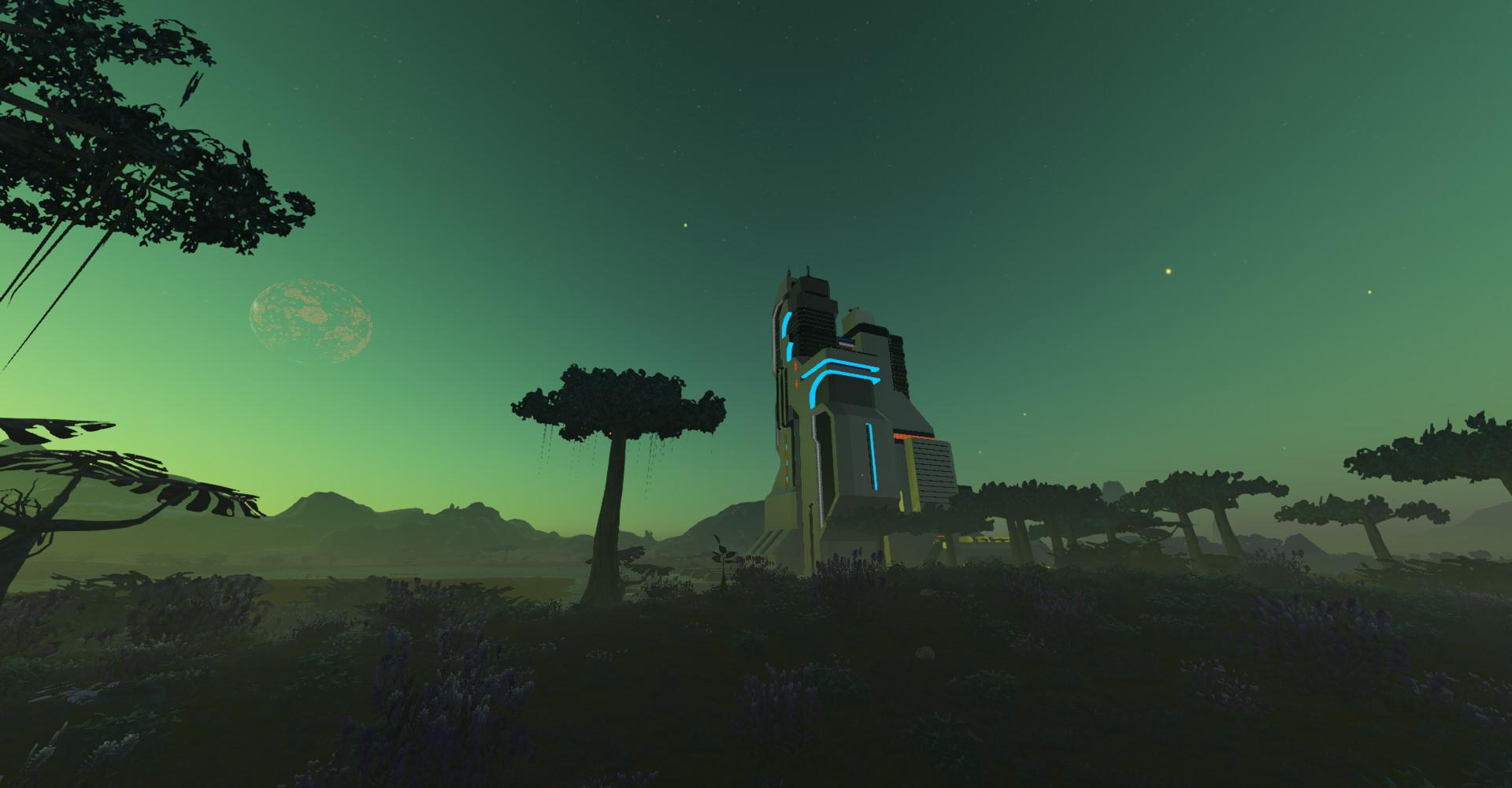 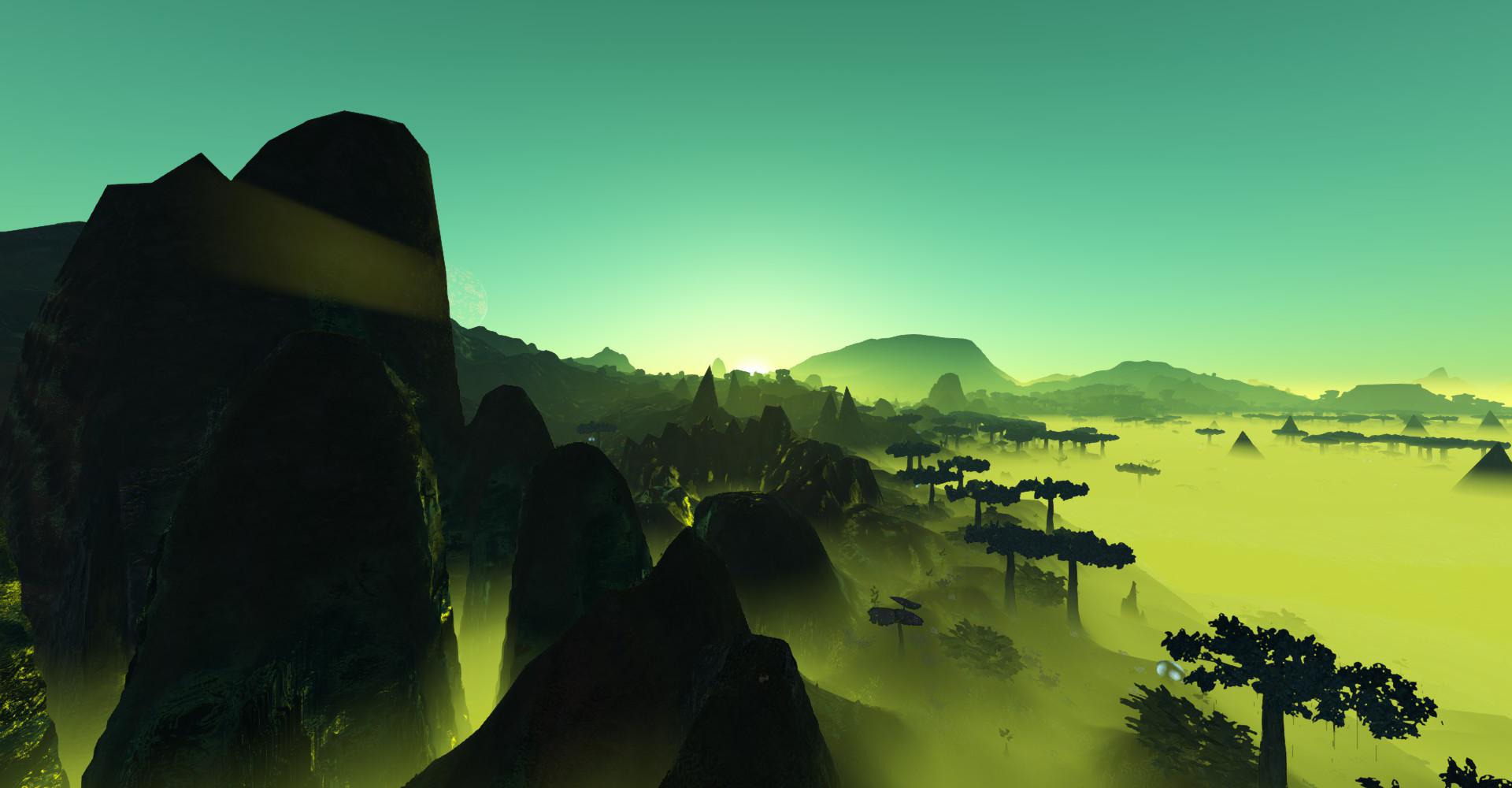 - Activated better UDP delay detecting
- Forcing now half texture resolution if the system has less than 10 GB of main memory (before 8 GB)
- Added console cmd 'structure' to manage structure internals
- Added new armored windows + railings
- Keeping the latest three input config files to allow switching between Public and EXP branches without losing the setup
- Added max size detecting when trying to spawn a blueprint to avoid too heavy server network load (max file size=3MB)
- Adjusted max blueprint size detecting: now only done when a CLIENT wants to spawn a blueprint
- Mask typical swear words and the name "Eleon" as part of a non-official server name
- Config files TraderNPCConfig, EGroupsConfig and DefReputation are now read from the scenario folder if they exist (else the default folder is used as before) - note: check if you already placed such files in scenarios and if they are up to date 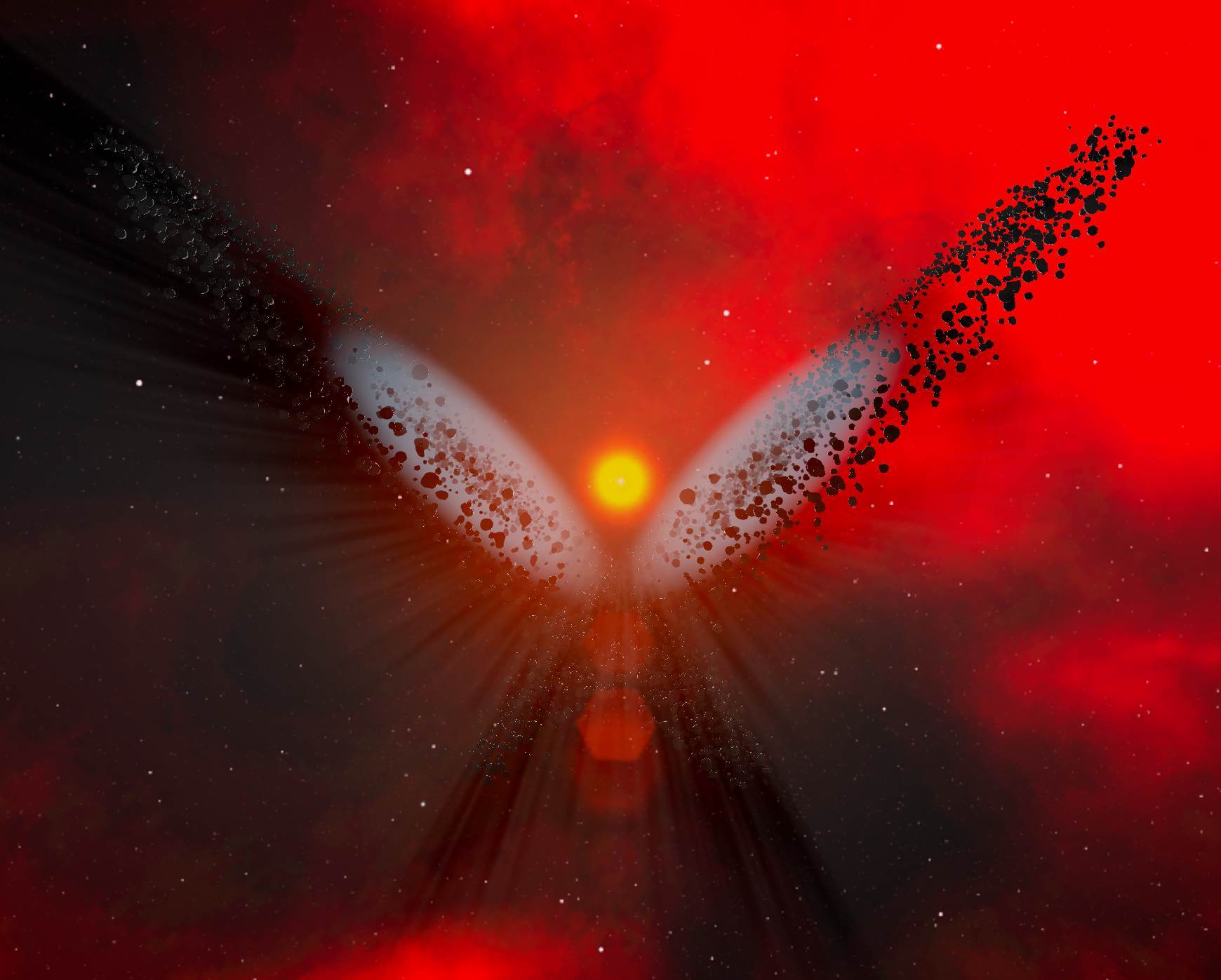 Since it's a new Universe with new logic it is now called "Invader vs Defender II".
Some highlights (still wip):
- new meticulous created Universe with smooth transition from PvE to PvP (hier das Golden Phoenix Bild einfügen)
- a lot of PvE content and great boost for PvP in the center
- Origins have more impact on your gameplay now
- More (PDA) Missions to play