Posted by EleonGameStudios on Jun 25th, 2019 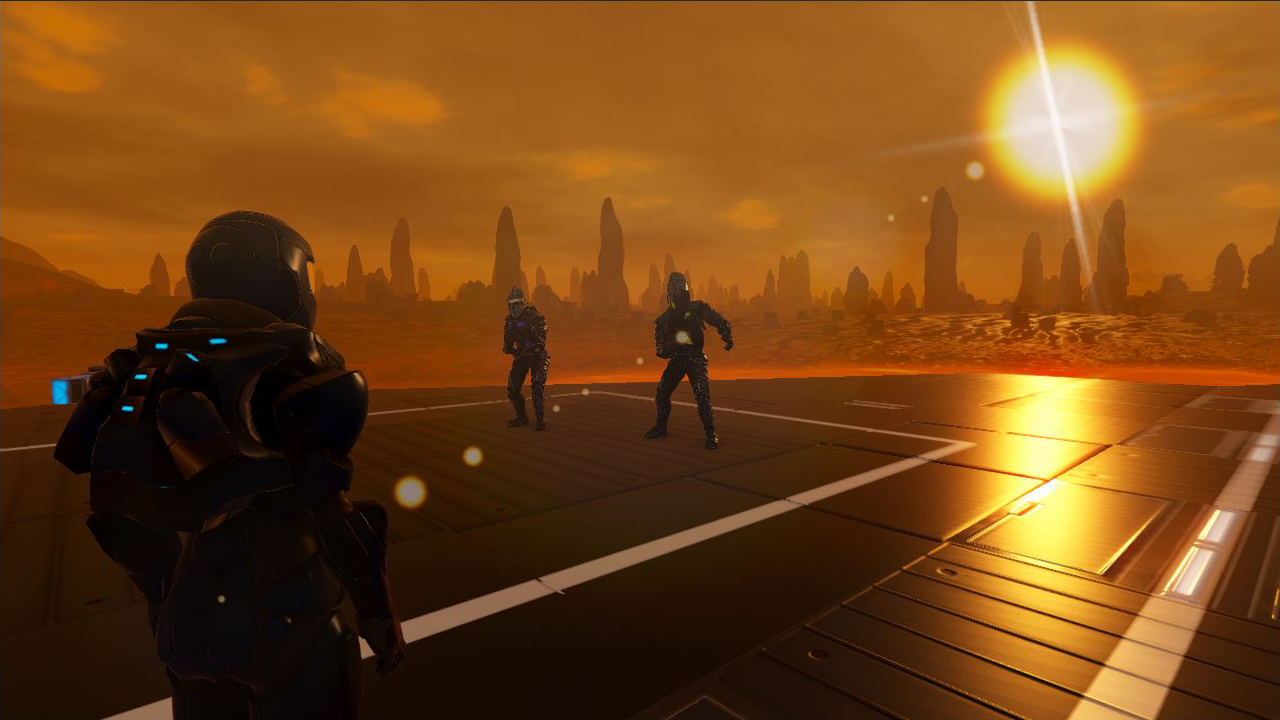 We just released Alpha 10.1.0. Please check out the changelog below.

Thanks a lot for your ongoing feedback and bug reports.

Updated Base Attack:
- Increased spawning distance from 360m to 600m
- Now base attack is not immediately executed when returning to a base 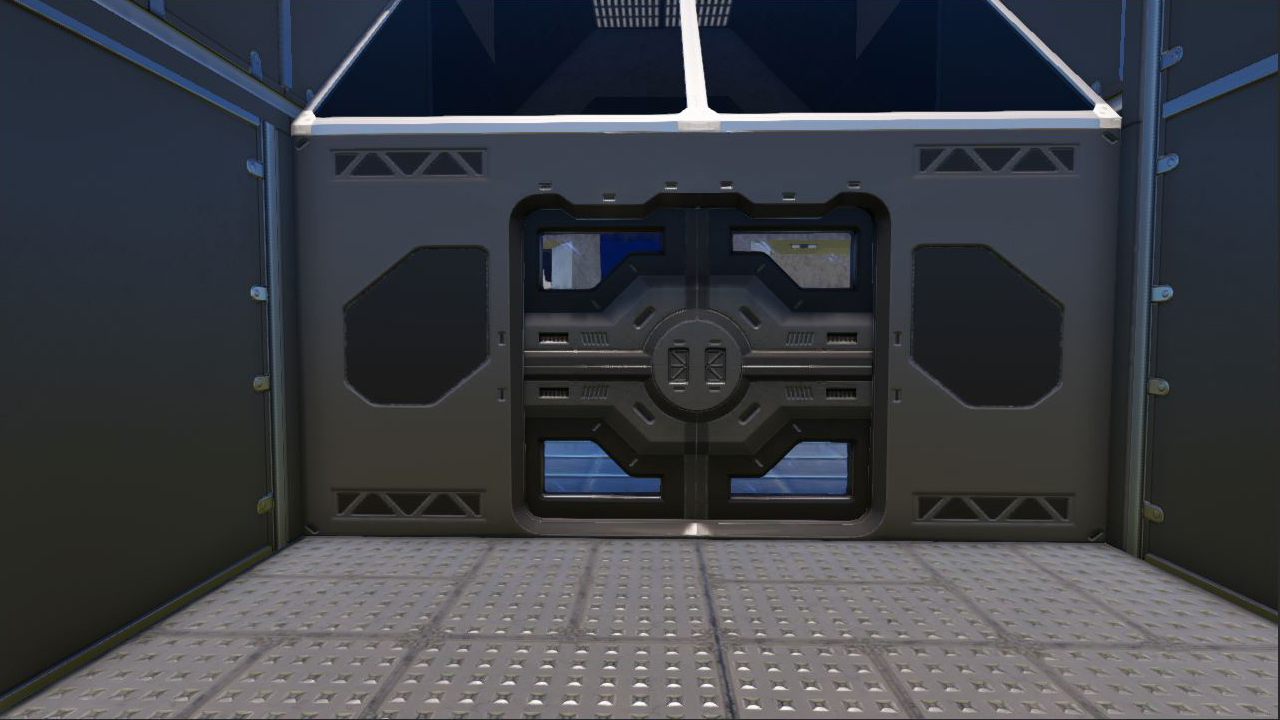 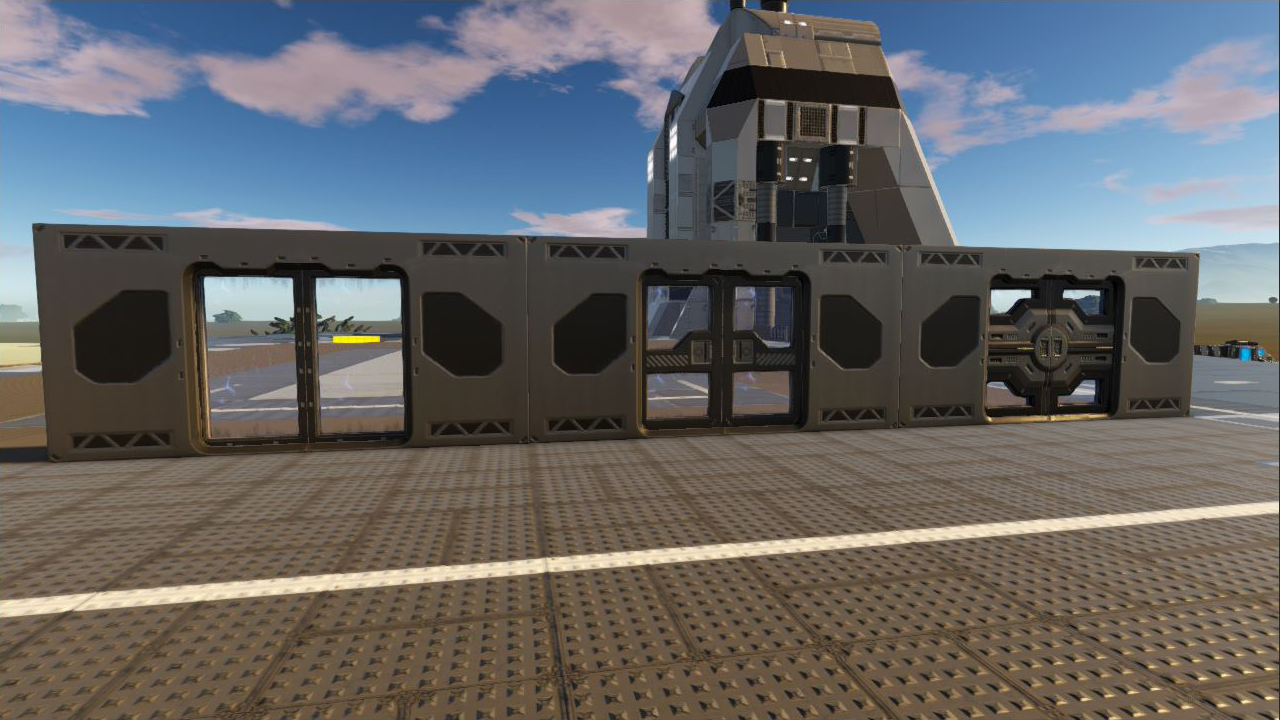 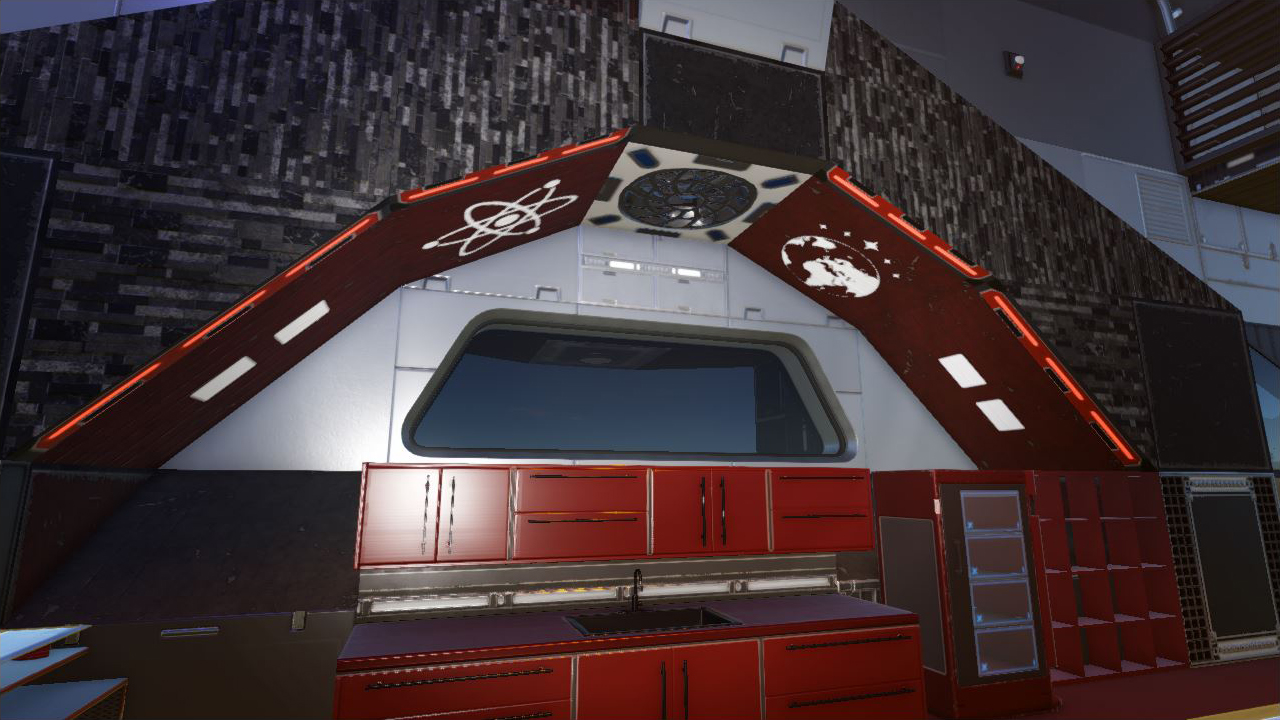 - Added all ventilators to block group 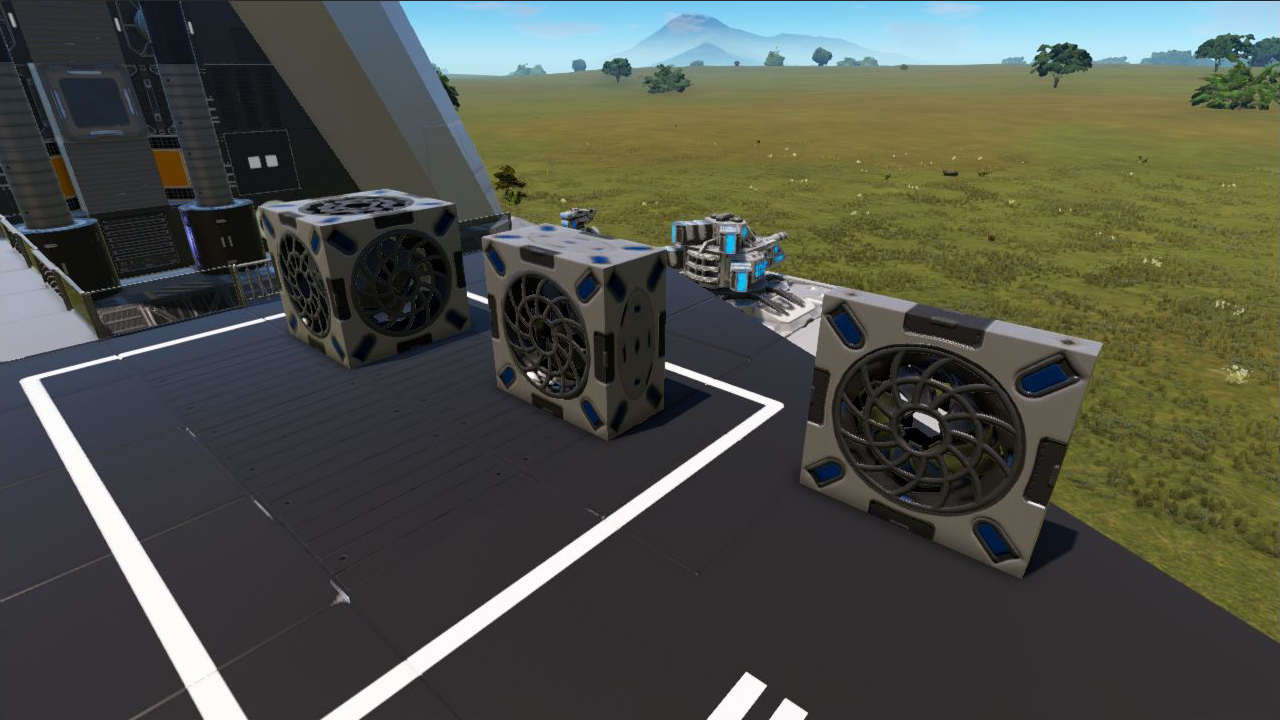 Bug Fixes:
- Fixed: POIs were not placed in Freedom mode
- Fixed: Not possible to start FREEDOM mode in COOP
- Fixed: CT Tool: Closing CONFIGURE with X breaks GUI / does not open tool on RMB afterwards.
- Fixed: [MP] Shields can recharge to 100% after playfield changes
- Fixed: Collider problem with boarding ramp when closed: before player needed to jump over invisible border, now player can walk over border
- Fixed: Some item tooltips are cut at top or bottom of screen
- Fixed: Wall Mounted sentry view clipping into wall and CAN shoot through wall (adapted camera position)
- Fixed: Problem that sometimes no more base attacks were launched (now added safe check: any drones not loaded for 60 seconds for base attack are ingored, so the attack can continue without them
- Fixed: When placing a thruster, flare is now not shown anymore in the preview mode
- Fixed: Forcefield of Boarding Ramps not switched off when unpowered
- Fixed: Rotation axis of generators BA/CV was not in the middle
- Fixed: Tooltips in BP Library for BA,CV,SV,HV were wrong
- Fixed: All ore deposits are generating directly beneath the surface.
- Fixed: Detector showing already discovered POI again when going out of discovery range
- Fixed: Solar panel (sloped version) indicators are dark & not visible when turned on
- Fixed: Constructor sometimes did not show all rows of an assigned container
- Fixed: New Chat: Private message issues with player names with blanks
- Fixed: 4 Way Connector Heavy Window does not swap tints like all of the other windows.
- Fixed: [MP] Player taking damage through blocks (partly fixed: should be much better but can still happen in some use cases)
- Fixed: Thrusters will not idle when vessels are placed on a flat surface of a structure & docked to it
- Fixed: Terrain-placeable devices can be placed inside each other's bounding box
- Fixed: When damaging Ventilator Thin it can become invisible
- Fixed: Clipping problem when jumping inside Medic Station and Clone Chamber
- Fixed: Several problems with turret aiming
- Fixed: Dragging/line-placing a 1x1x1 Thruster leads to graphical glitches
- Fixed: RenderTexture error message in logs
- Fixed: RakNetServer incorrect stats on player disconnect
- Fixed: Planet life did try to load the same spawnpoint multiple times in certain situations
- Fixed: Ranged animals did not always fire due to unprecise body rotation in time of firing, removed delay for spider03 attack animation
- Fixed: SSG writing custom sector configs check color component values for culture invariance.
- Fixed: Several internal exceptions found in output logs 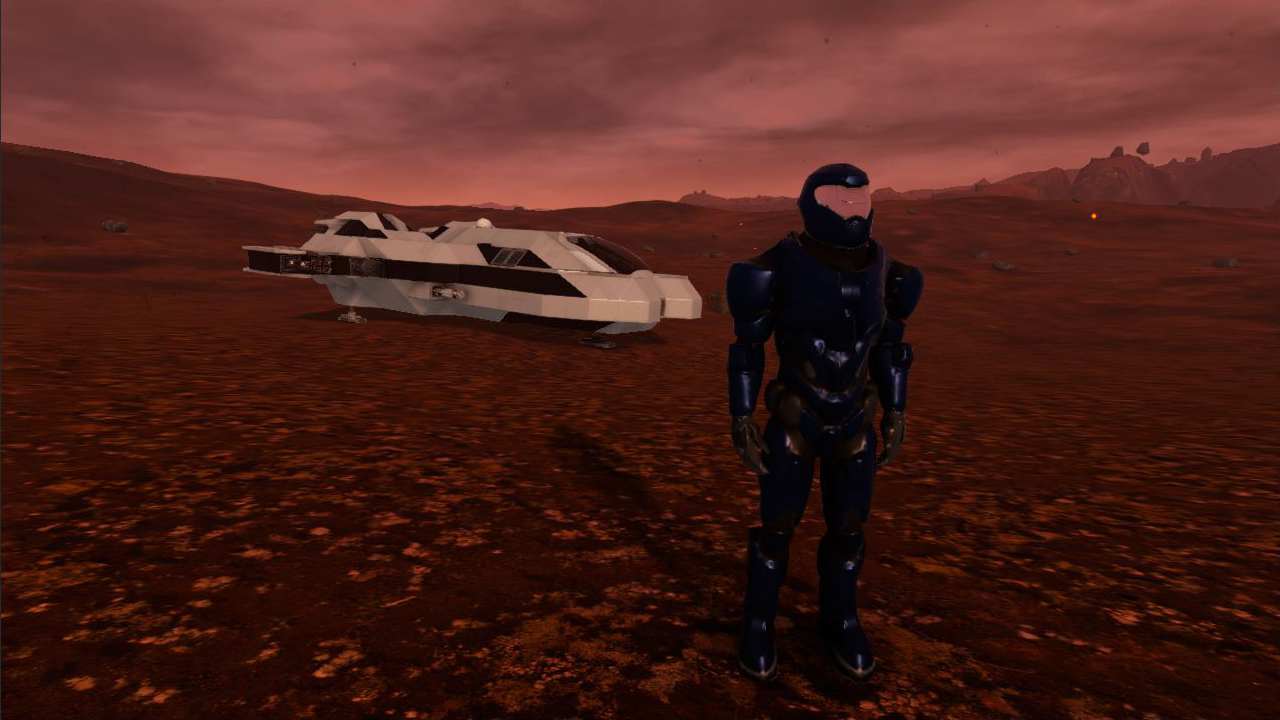