Alpha 10 is here with two new maps, a lore collection UI, and lots of other little features and improvements.

Alpha 10 is complete, and with it we are officially entering late-game branch territory! While the new content is mostly focused on the upper parts of the world, there's definitely something for everyone considering all the new UI features and quality of life enhancements.

Alpha 10 introduces less new lore than the previous two releases, though what lore has been added is incredibly crucial to tying the story together, and is also very secret and difficult to access ;). And to help organize it all there's the whole new meta interface for lore collection.

As usual, most of the new stuff I can't spoil, but below is a sample of some of the showable features:

and to see how many pieces of the puzzle (or tips!) you might still be missing. 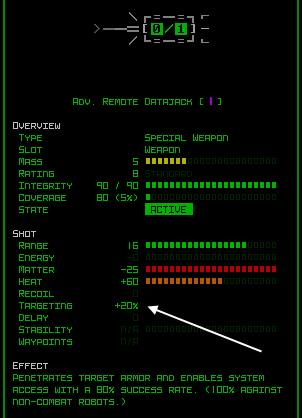 Menu access to all discovered unique hacking codes, accessible for both mouse and keyboard users.

...not that you would ever have a build that looks quite like this one :P

Volley window replaced by Evasion window (except in targeting mode), where you can see a breakdown of defensive modifiers and their combined effect on the chance of being hit.

Repeat a build command on reconnection without reloading the schematic--

Fabricators remember what was last loaded. 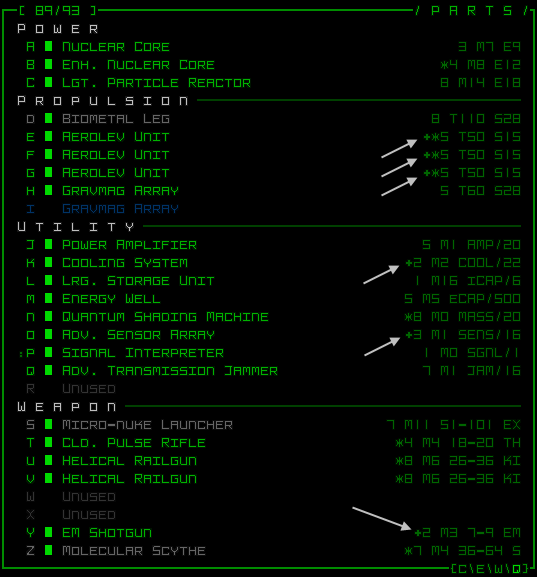 Part info visualization data preceded with a '+' when you already have a schematic for that part. 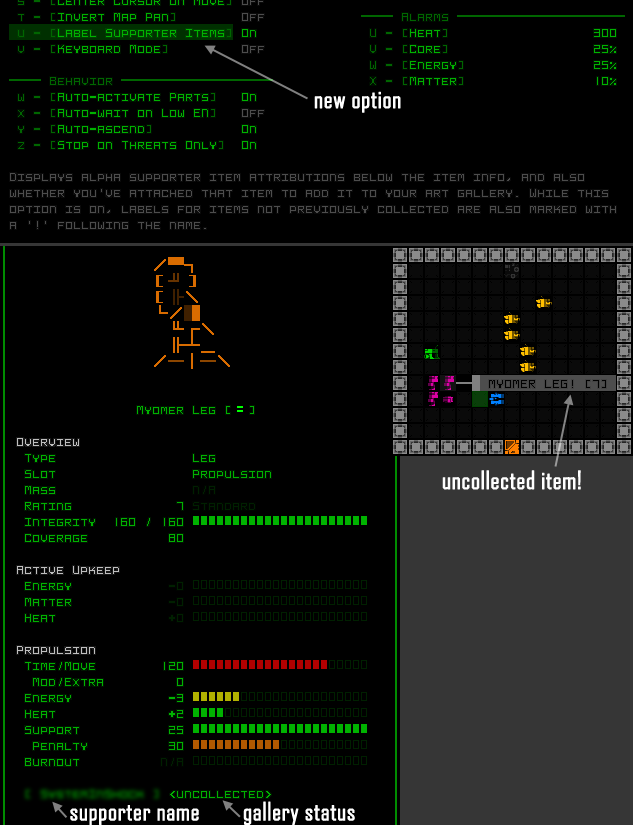 and uncollected items shown directly in labels while option active.

Fabricators may be preloaded with schematics that you can build instantly,

even without having the schematic yourself.

their info window, the scan window, and in the robot label itself as "(+)". 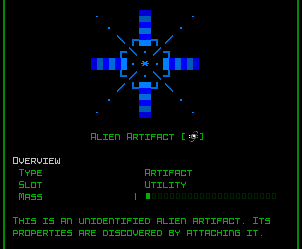 This new artifact will become one of the most coveted items in the game. But what is it? :P 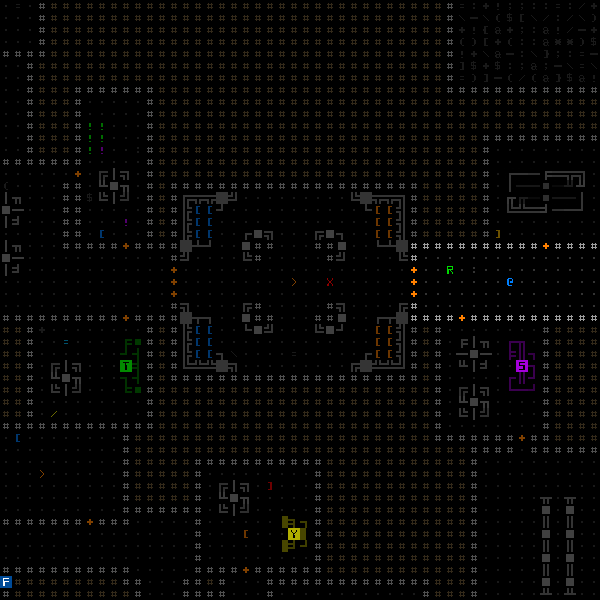 While I won't spoil the new maps, for those of you who've been exploring

the end game areas this exit/entrance is now open for business :D