Alpha 0.4.0 is coming on friday! huge update! tons of new features and new things to learn about Infinite Pixels! HUGE 50% discount till nov the 15th celebrating the upcoming update! 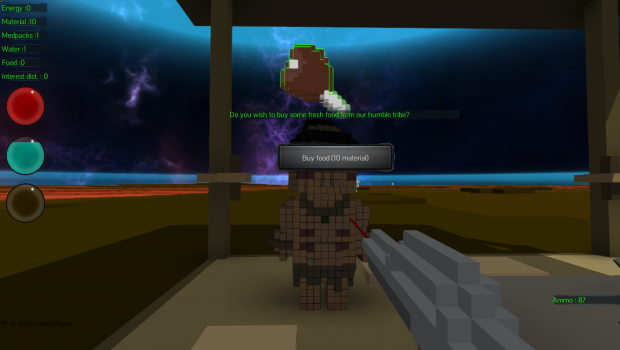 After a week of work I must say I am truly impressed with the many changes and fixes we have introduced into Infinite Pixel for the upcoming Friday the 15th update. This is one of the biggest updates
the game has received, but as it introduces a ton of new features It also changes the way the game is played.

- Improved character model/ animated character
model
- Fixed GUI size problem on different resolutions
- Added complete saving system
- Changed: now you can create only 1 mineral
extractor, only one energy generator, only on bullet dispense. You can always
change their position. This is because we want the players to be way more
dependent on the NPCs , their environment
and enemy killing.
- Enemies now spawn random objects or nothing
after getting killed
- Enemies now wander around their "world"
- Improved enemy AI
- Fixed enemy multiplayer problems
- Added med packs to restore health, these are
spawned by enemies
- Added NPCs towns and trading, now you can
interact with them, learn from them or buy stuff.
- Worlds are now 3 times bigger than before.
- Improved enemy spawning system.
- Added the "Tent" an object used to save your
game.
- Added running function with key "shift" running
will make you spend twice your energy so your water /food levels will be
depleted faster.
- Fixed enemies rotating around you problem
- Added sounds, many sounds! 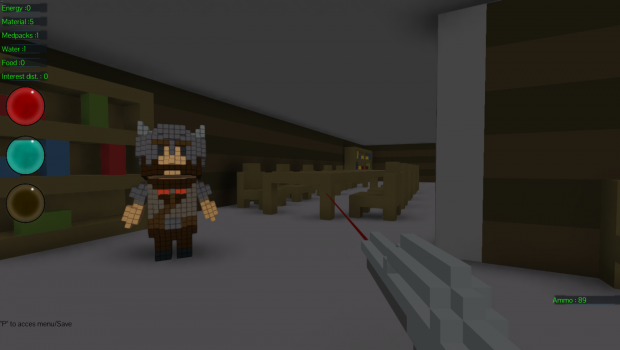 If you are planning to get Infinite Pixels this is the right time!.

+ I bought it there are about 4months ! The website is down and I think they wont let me download the game !

Hello Devlinky if you bought the game on our website you should have received a key for Desura on your email. please recheck and if you do not have it send me an email to teamsomnio@gmail.com.

Actually u r never replay mails, why is that?

I have contacted the dev's and received a response within due time. Just be patient and they will will get around around to you.

TomZRagE I remember when you contacted me asking for a copy of the game, we gave you the game's copy because of your interest in the game. But after you sent us so many emails they started appearing in our spam folder. We just found your last email asking for an extra copy for a friend and we replied. Sorry for the delay but we have been so busy...

Oh well, I'm really sorry but I was thinking that the idea of it was that I need to find things that needed to be fixed or added to the game (like some kind of a tester), and not that u will just giveaway this to me :\ and I didn't checked my mails 2 days srry

Come on Desura ....... Hurry up with the new update. Please
I bought the 0.3.3 one week ago , and still trying to play . Never able to run the game, it allways crash on the "loading world" screen.
Waiting for update ....
yours sincerely