Alien Wars is a fun, 3D, fast paced, cartoony, action game with a low poly art style. The player must battle waves of aliens, staying alive for as long as possible! There will be lots of themed arenas and various types of aliens to battle, each with different attacks. As well as having to battle aliens, the player must avoid various obstacles in their way.

The evil alien species known as the Erinomes are trying to take over the entire galaxy! They are invading and destroying planets, and abducting a select few and making them fight in arenas for their own amusement!

There will be lots of different alien types, with 4 already designed:

(CREDIT: All 2D concept art has been created by artist Stephanie Gallacher) 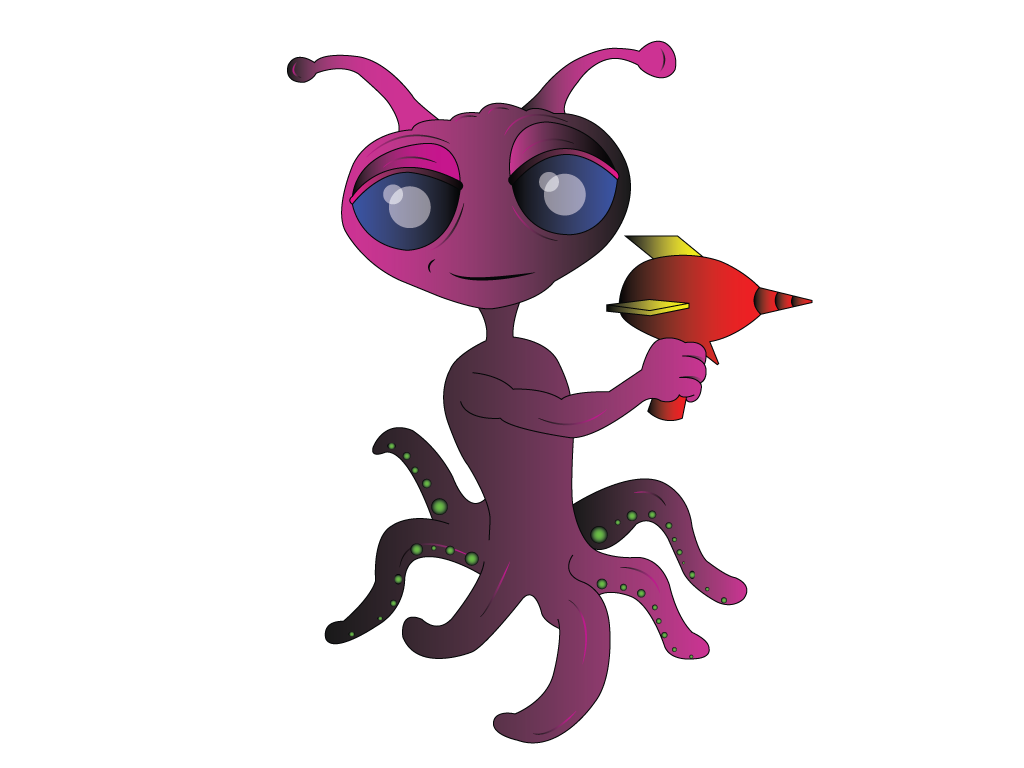 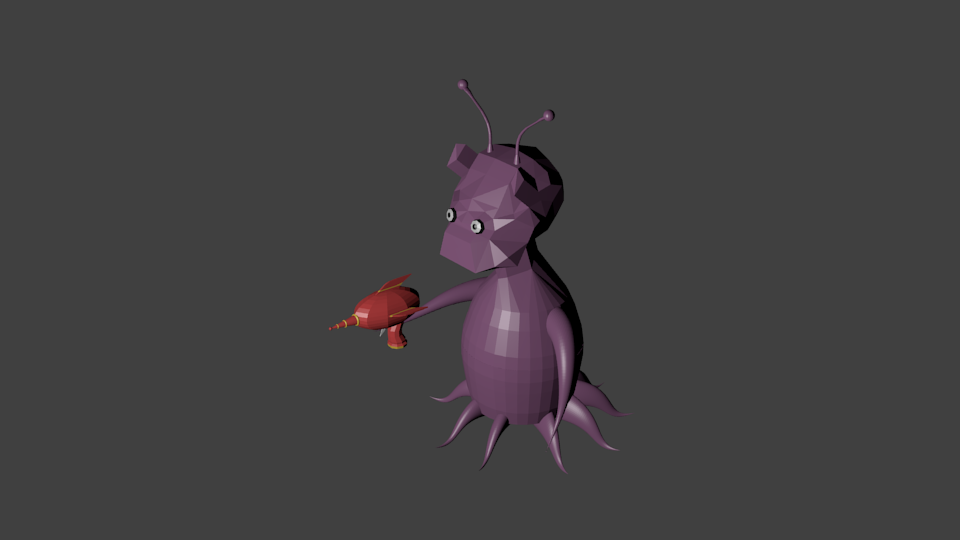 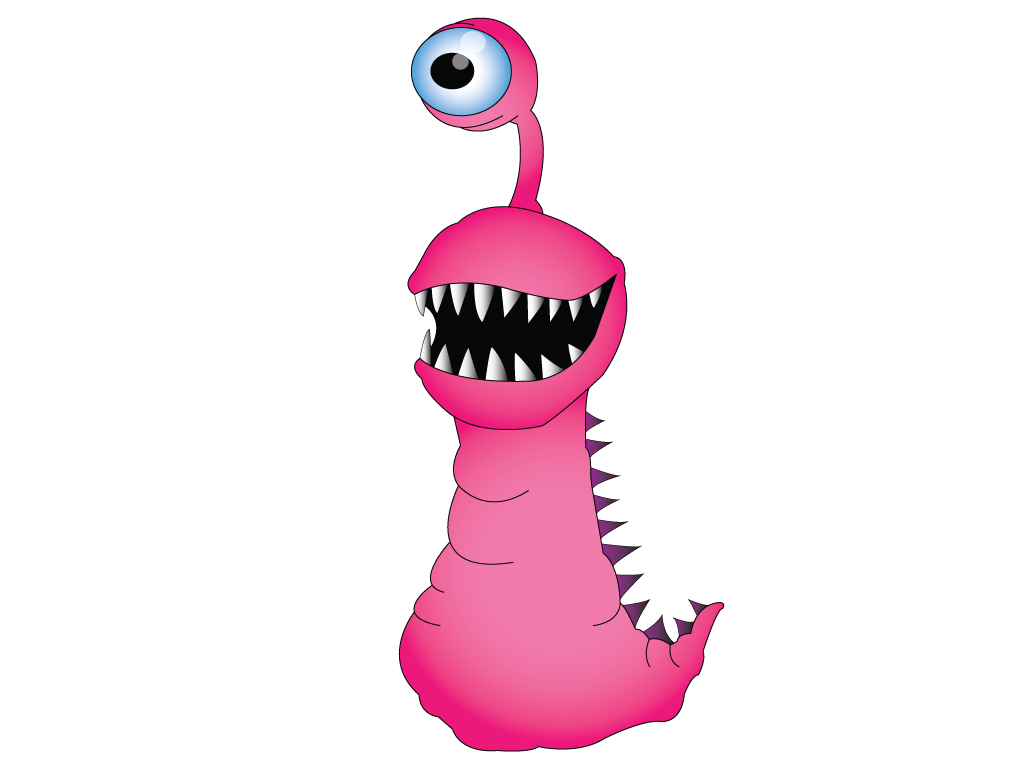 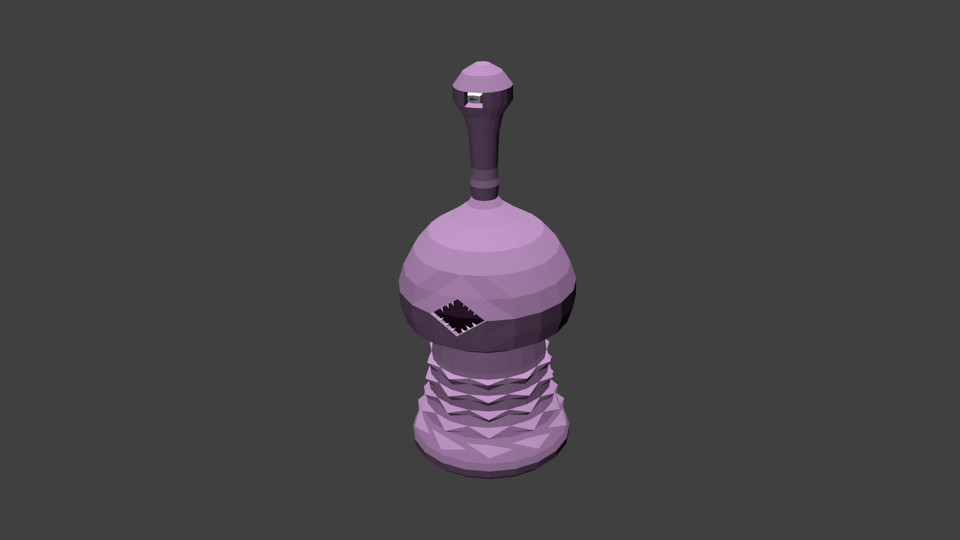 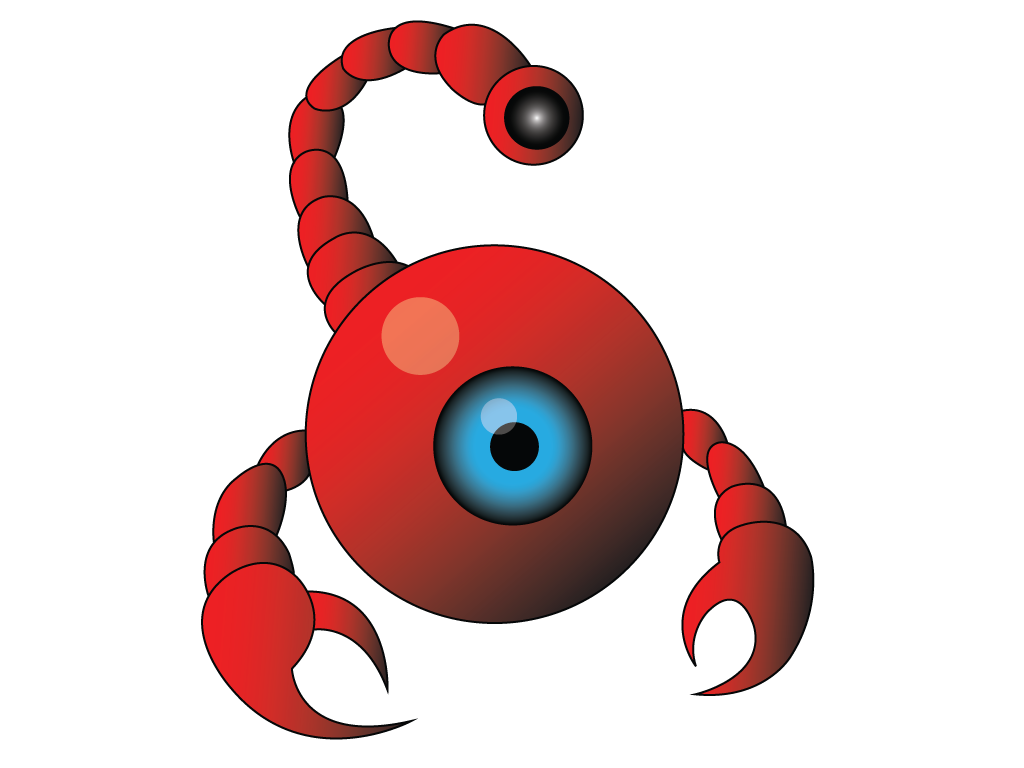 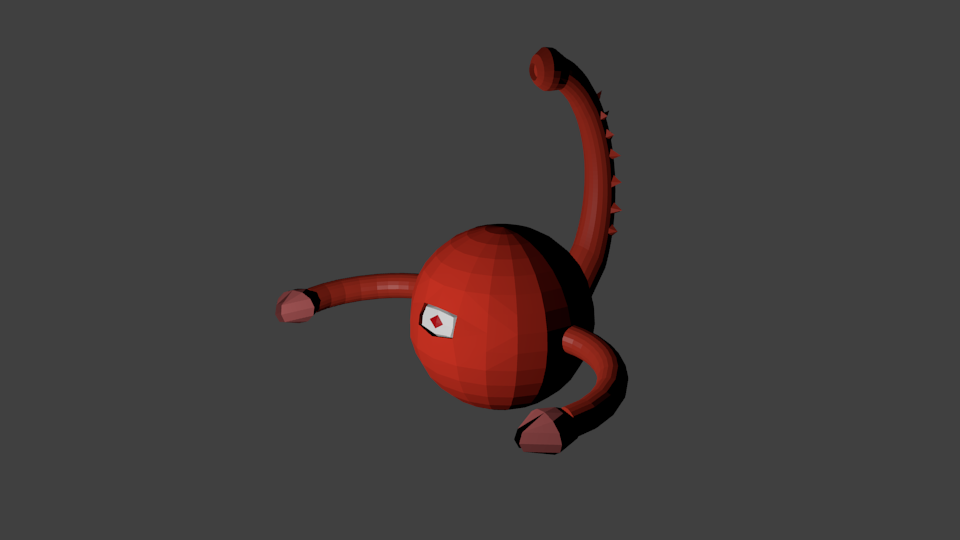 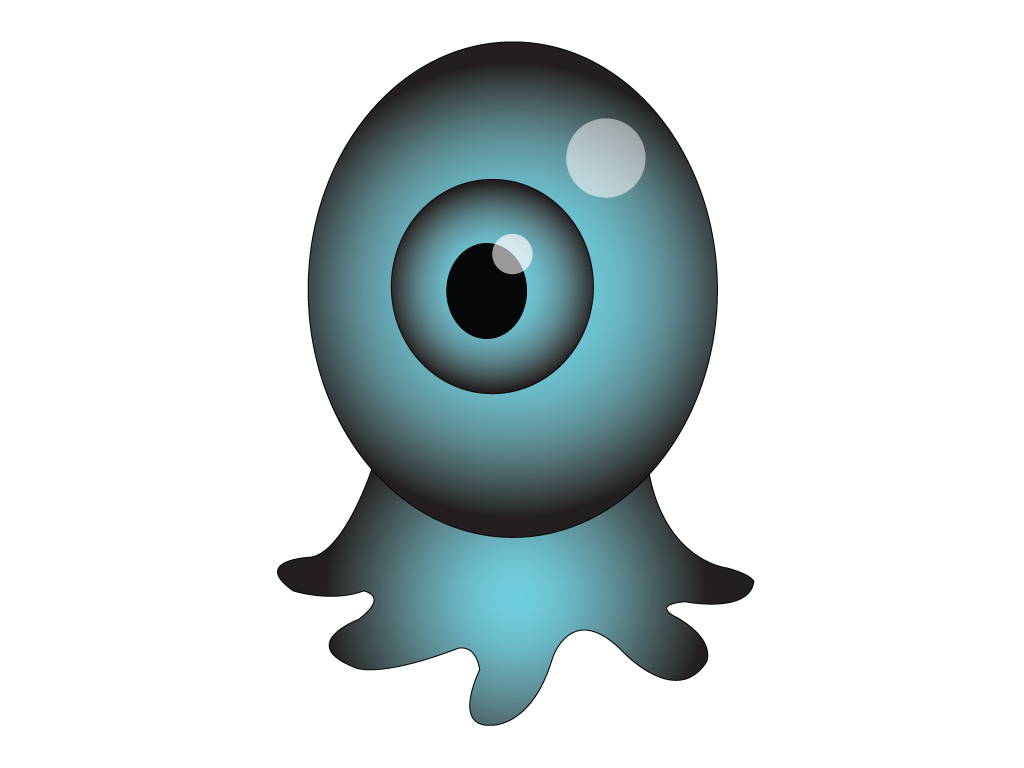 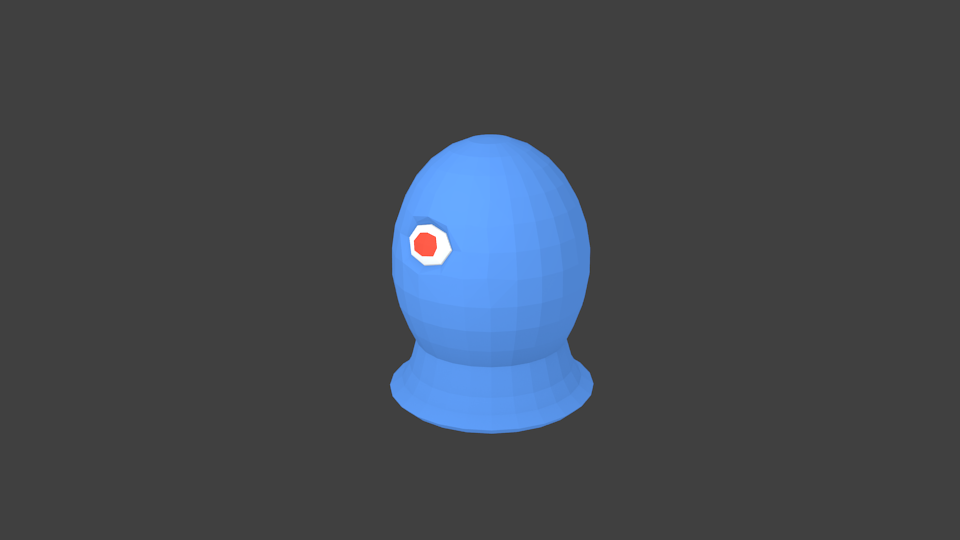 There will be lots of different themed arenas, with 3 already designed:

This arena will have an "earthy" feel, with grass and colourful trees. Currently there are saws on the walls of the arena and a UFO that flies around trying to hurt the player with its laser beam. There are also rotating obstacles that can cause the player harm. 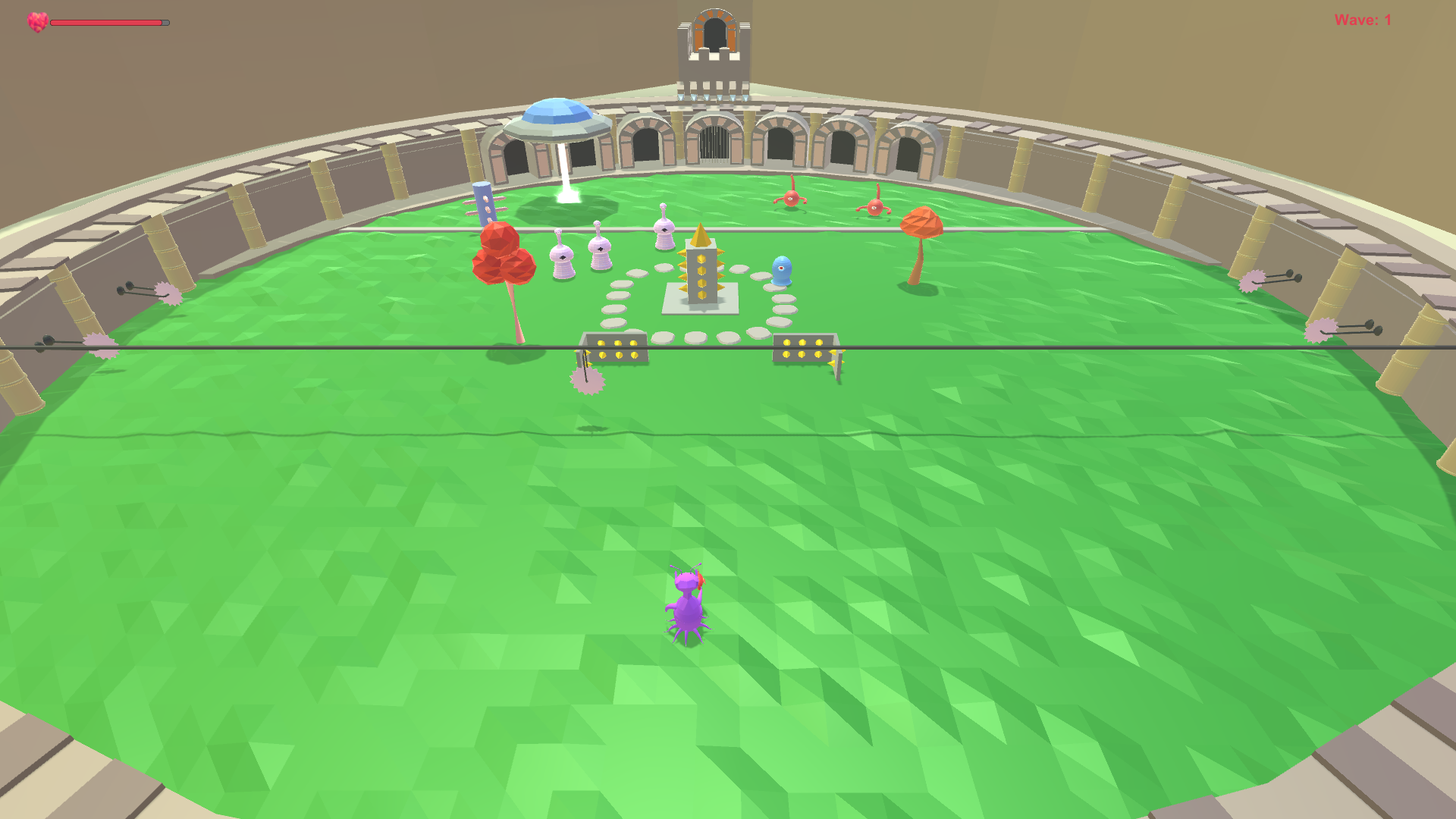 This arena will have a sci-fi theme. Currently there are lasers on the walls that can harm the player. The floor tiles light up when the aliens walk over them. (Billie Jean anyone?) There are also asteroids that fall from the sky in later waves - the tiles below them briefly turn red to give the player some warning. 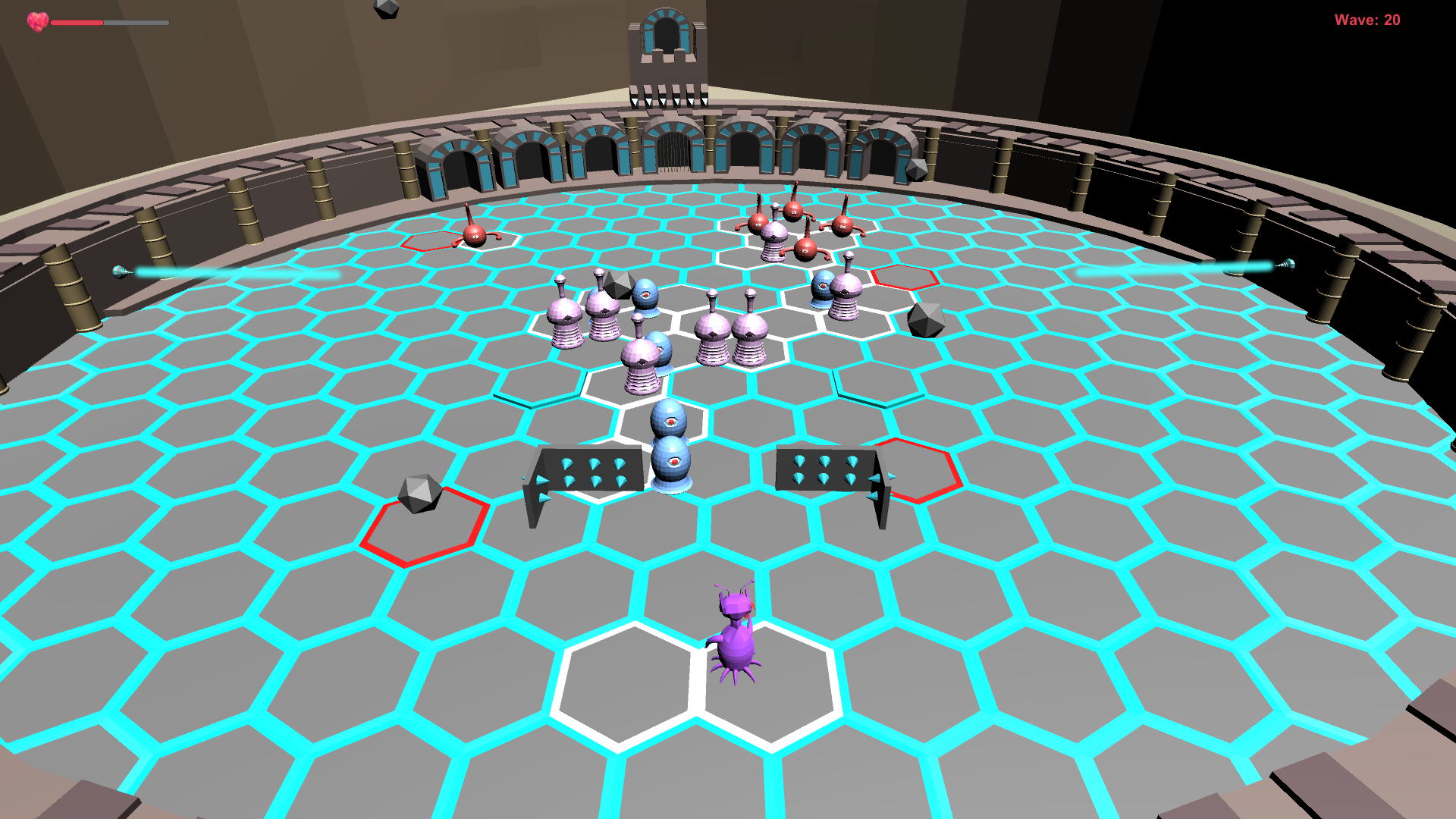 This arena will have a volcanic theme. There are currently flamethrowers on the walls and errupting volcanos! 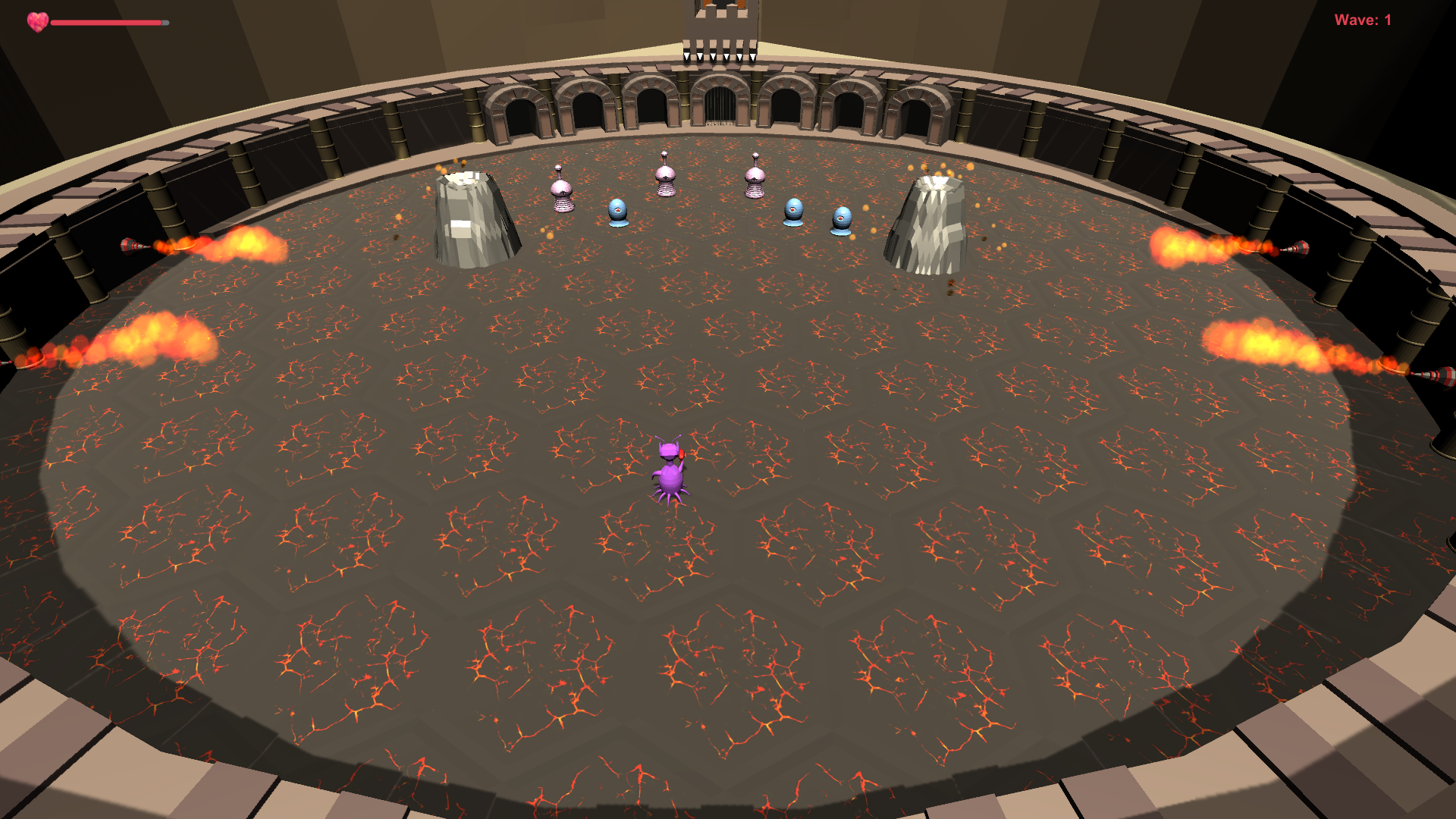 There will be various power-ups for the player to pick up. Current plans for power-ups include: