Alien Smash is a 2D defense game. However, unlike the other games, Alien Smash has unique game-play. The cute Aliens are evading your land, can you Stop them ?. Alien Smash is now available on Apple Store.

Alien Smash is a 2D Tower Defense game. Unlike the other games, Alien Smash has unique game-play in which you control a hammer to smash the aliens. The cute aliens is evading your land and your mission is to stop their evil plan. Don't let their cute appearances trick you, SMASH THEM ALL!

In this game, Your gate is the last defense on earth and the aliens are trying to break and pass the gate. Your mission is to control an unique hammer with your skill and smash them all. Alien Smash will surprise you with unique game-play and cute animations. 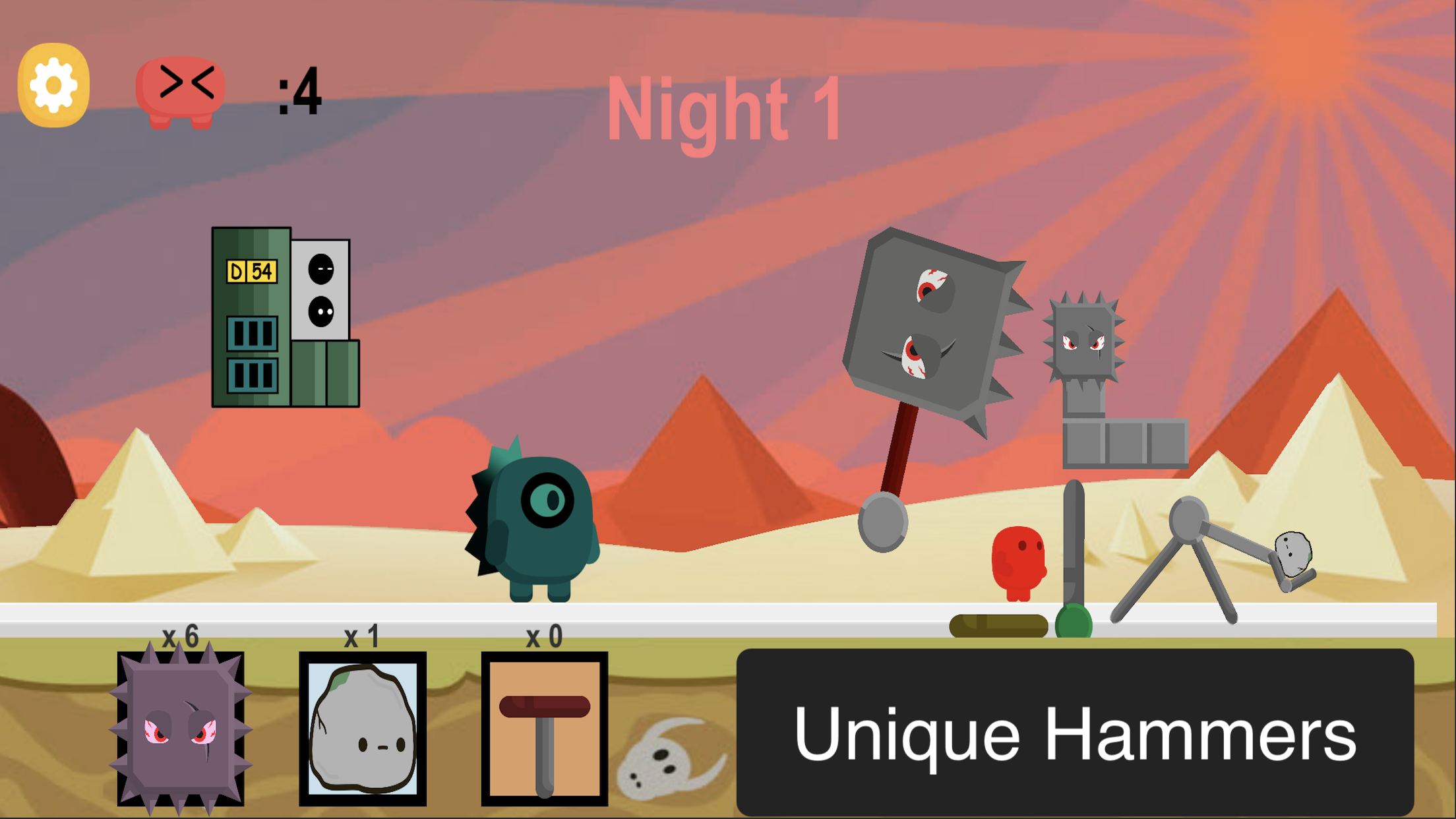 Alien Smash has a very unique game-play system that is different than any games out there. In this game, you control the hammer length to smash the aliens. Tap and hold on to the screen to extend the hammer and release to smash. You want to smash them right after they get off the ship, otherwise there will be too many of them and your gate will fall.

The game currently have three different types of hammers for you to use, each with different strengths and weaknesses. Special Abilities can also be upgraded by using coin obtained from smashing aliens. The more upgrades you get, the more chance you will get to win the game.

The game is now available on Apple Store. You will definitely enjoy this game.