We want to present you with what we managed to cook recently for the big update nr 1.1.0. To be honest, we are changing so many things, we are considering naming it 2.0.0. 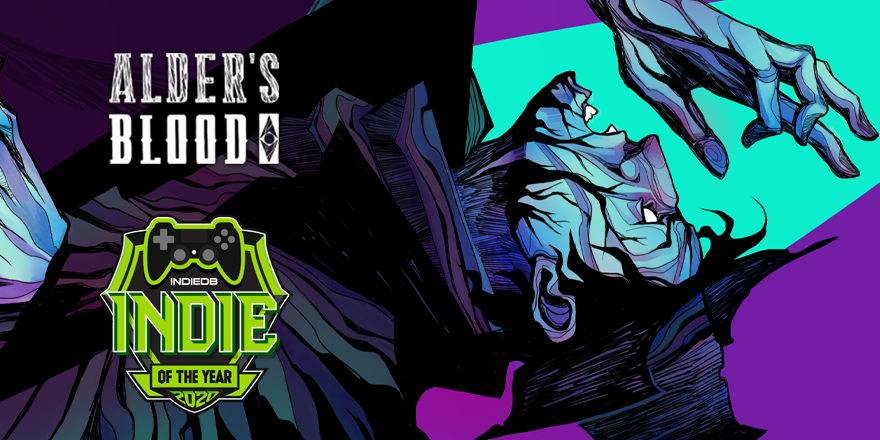 First of all, if you'll like this article and Alder's Blood overall, please consider voting for us in the Indie of the Year competition!

Overwatch abilities
If you’ve ever played X-COM you know exactly how it works, for those who don’t, it’s basically saving your action for later, so that it will trigger on enemy’s move. We were going with this concept back and forth since shooting makes a lot of noise, and we thought it will simply not fit. But with all of the other changes coming in, it has its own place now.
Let’s go to our developer prooving grounds for a bit of presentation.

I used my dev cheats to trigger it faster, but as you can see, a hunter on overwatch will attack anything that will walk into the overwatch range (red dots around the hunter). This attack will interrupt whatever the enemy was doing, similar to traps.

But since our ability system is so modular, we could apply the same to melee weapons. In this example, a “blade” class can be used to “parry” incoming melee attacks from beasts. The final balance is still being worked on, so which weapon class will get overwatch, is still an open question. Now “blades”, and “greatswords” feature melee overwatch.

Push and Pull abilities
This one is something we were planning for a long time, but we were afraid of how much it can break without lots and lots of testing. But we got it! You have a neatly placed trap and want the enemy to get into that? We got you covered hunter. Just use one of the new weapons with the pull feature.

Alternatively, you can always push someone into something, or simply away from your hunter. Here I forgot to set up any damage for the effect but decided to still show you how it works, as it is hilarious.

Adding this new wagon to the camp will dramatically change the way the game’s progression works. You, as players, will decide what you want first, and not wait for the main story arc to unfold, and unlock more gear for you. 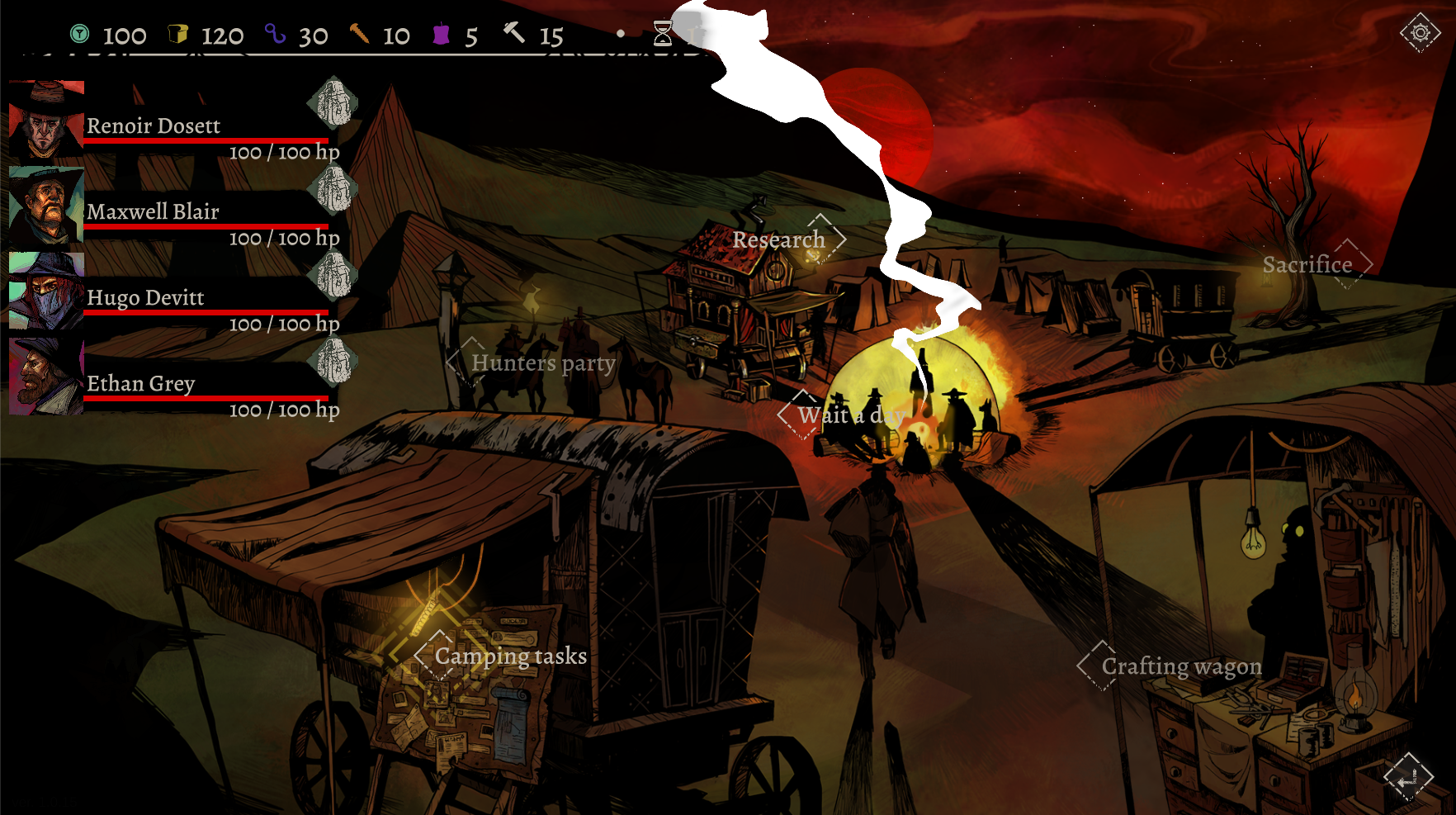 We also took the opportunity to change the weapons crafting a bit. Now basic weapons are ingredients to craft more advanced weaponry. Think of this as upgrading your weapons. For example, to get a Double-barrel Musket (new gun) you’ll need to first buy, or get an Old Rifle (another new gun), plus some resources of course.

In the Research Wagon, you’ll also find your caravan upgrades. They work in a very similar way to hunter traits, but they are not bound to any particular character.

More weapons
I mentioned two new guns, but here is more coming. Basically, every weapon class gets a few new ones, so everybody should find something that fits their playstyle. Below some sketches of the new gear.

I really hope you will enjoy this update. We still have a bit to do here, as a bit of misfortune stroke us recently. My HDD burned down, and I lost some of the new visual assets for this update. But I managed to restore some of that already. We’ll keep you informed of the progress of the new update.

See you on the hunt!
Mike & Shockwork Games