We'd like to introduce you some new Elementals you can use on Alchemic Jousts, their abilities and the strategical decisions they provide. (Part 3)

Finally, here’s the last post of our Meet our Elementals Series, showing the Elementals you’ll be using on Alchemic Jousts. 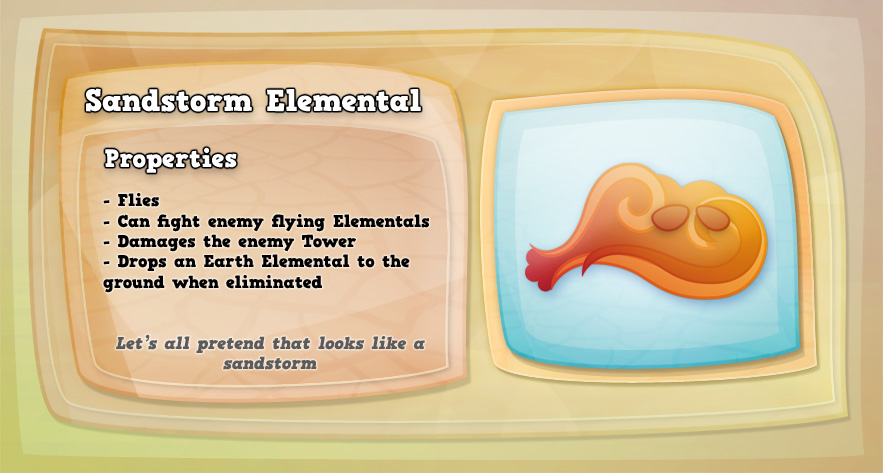 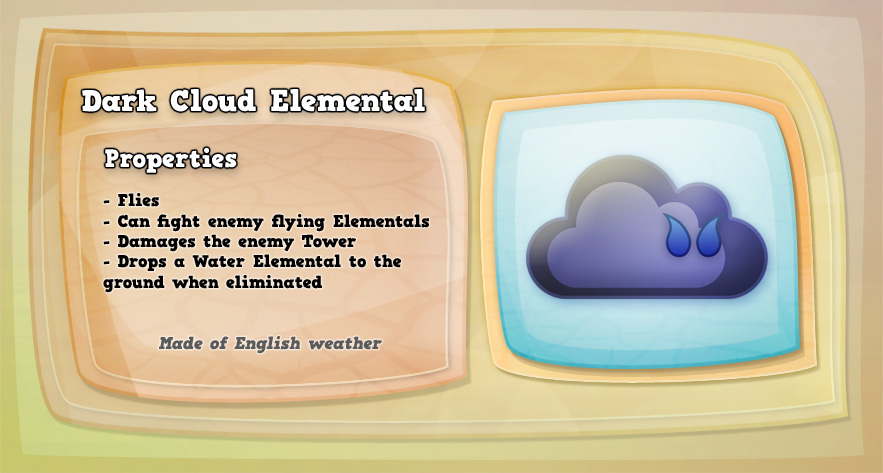 Dark Cloud and Sandstorm Elementals are similar to the Smoke Elemental we showed last week, with the ability to fly, and after the first combat they will turn into Water and Earth Elementals respectively, which will drop to the ground. These abilities makes them the only elementals able to both defend and attack air and ground lanes. 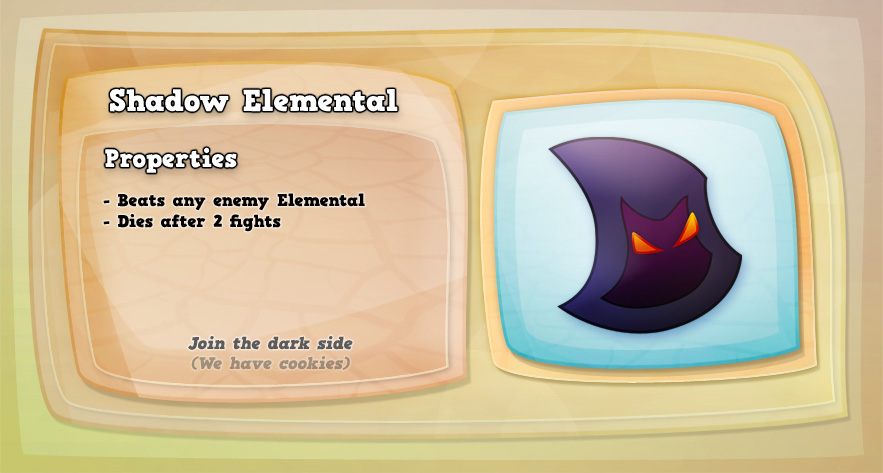 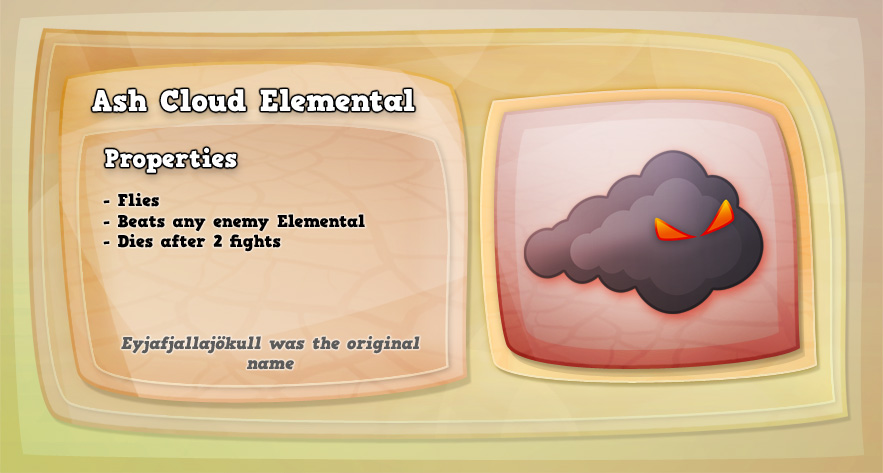 Shadow and Ash Cloud Elementals are the most powerful defensive Elementals. They can’t damage the enemy tower, but they will beat any Elemental they face, even Elementals that would usually skip fights. They can also be used ofensively, sending them as the first of a group of Elementals, cleaning the lane so their teamates can reach the enemy Tower. 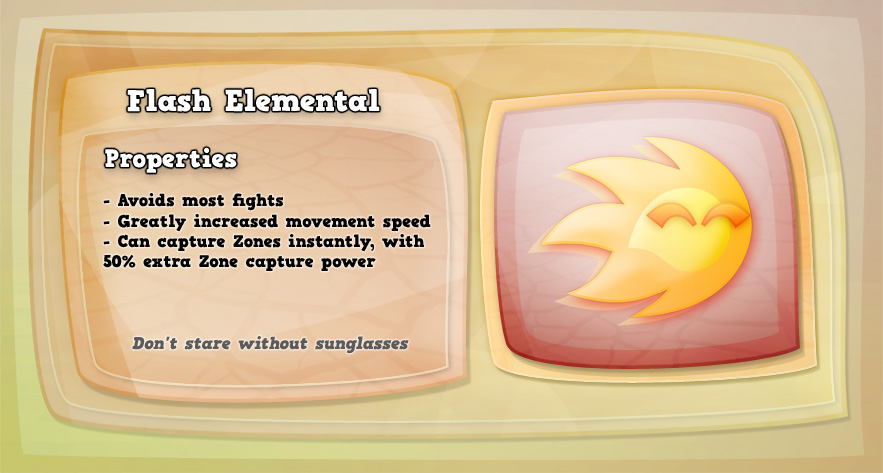 Flash Elemental is the best Elemental to keep the Zones under your control, wich can be key to winning the game. It won’t damage the enemy Tower, but will avoid all fights, so that will allow it to capture all the Zones with 50% extra capture power every time you use it. 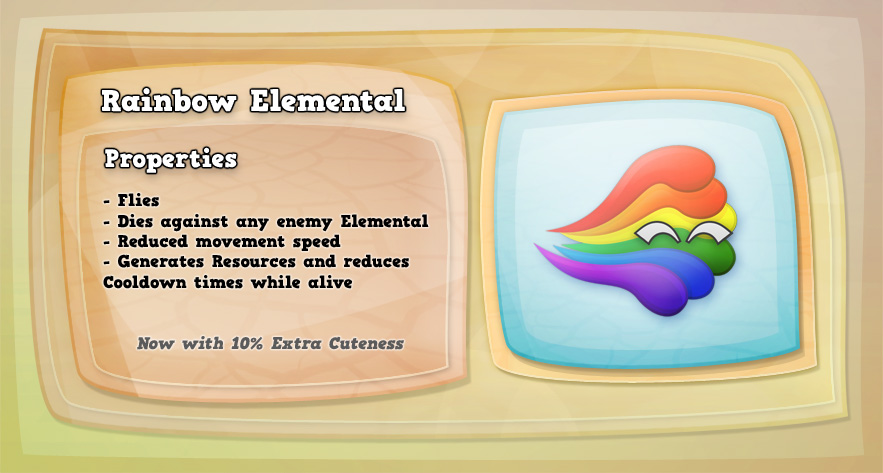 Rainbow Elemental is a very fragile flying elemental which will lose any fight, and won’t be able to damage the enemy Tower. However, keeping it alive for as long as possible is really useful, as you’ll get resources each second and reduced Cooldown times as long as it is on the field.

See them in action

A well timed Tornado and Explosion caused this huge melee fight and took care of most of the red team attack.

Both the Sandstorm and the Fire Elementals are blessed with light, increasing their movement speed and capture power.

Sending your Elementals too close to each other can be dangerous if your opponent has a Lightning Storm ready.

We (Player 2 Game Studios) are a new 2 man indie studio, and this is our first game.
Please, consider following us on Facebook, Youtube, Twitter and/or IndieDB to keep up-to-date with our game announcements and news!