Now you can play Airship Q in English!! Korean and Chinese (simplified/traditional) are also available.

Airship Q has been released on PS Vita in Japan/Asia, and English/Korean/Chinese patch is now out!
You can get ver1.02 by Airship Q's title update. 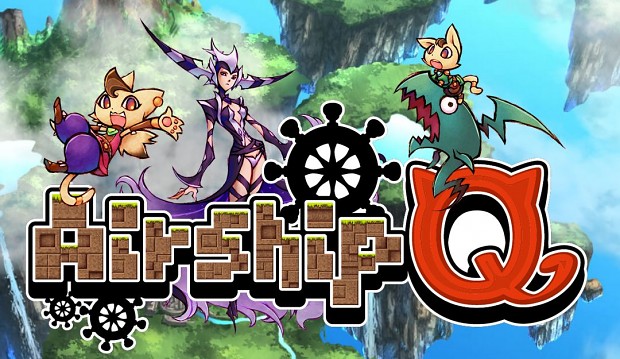 Airship Q is a 2D action RPG featuring sandbox elements, where players solve mysteries by controlling an airship in the open sky as a character who has been transformed into a cat.

Your younger brother Lemuel has been kidnapped by a witch. He’s a crybaby but very reliable.

This witch kidnapped your brother Lemuel. She’s the reason why you’re in a cat form.

Crimson Dragon is very strong! Let’s equip your ship for the air battle!

Jade Dragon is scary as hell when he’s upset. He’s a bit of a shut-in though.

We are gonna get it in the west too right? Right??