This one is the first significant update since 7.0. We usually like to let the game catch its breath for a moment after an official release as that gives time for any "we want this fixed in an official" bugs to be found, etc. Anyway, it's been two weeks since the 7.001 hotfix (which is actually the official on steam) so I think things are pretty settled down now. Now to get back to breaking stuff! ;)

The main meat of this update is definitely our initial work on the winner of the "Big Items For 8.0" poll. The new hacking resource pretty much ran away with that poll, though champion revisions were a strong second place. Anyway, focusing on one issue at a time, so this update introduces the revised Hacking resource (it's been there, just in a secondary position).

Basically now when the AI gains AI Progress you also gain Hacking Progress. So it gets stronger, but you get to exploit new "vulnerabilities". You can also spend more HaP than you have, but when it goes negative the AI's response to hacking gets nasty fast. For now here's what the Hacker ship can do:

More hacking forms to come, but the infrastructure work involved in making the above possible (largely the adding of a variable-contents second page to the Space Dock's buy menu for if you get more than 20 distinct fleet ship types) took up the available AIW dev time for this week so I wanted to get this out for y'all to tinker with. 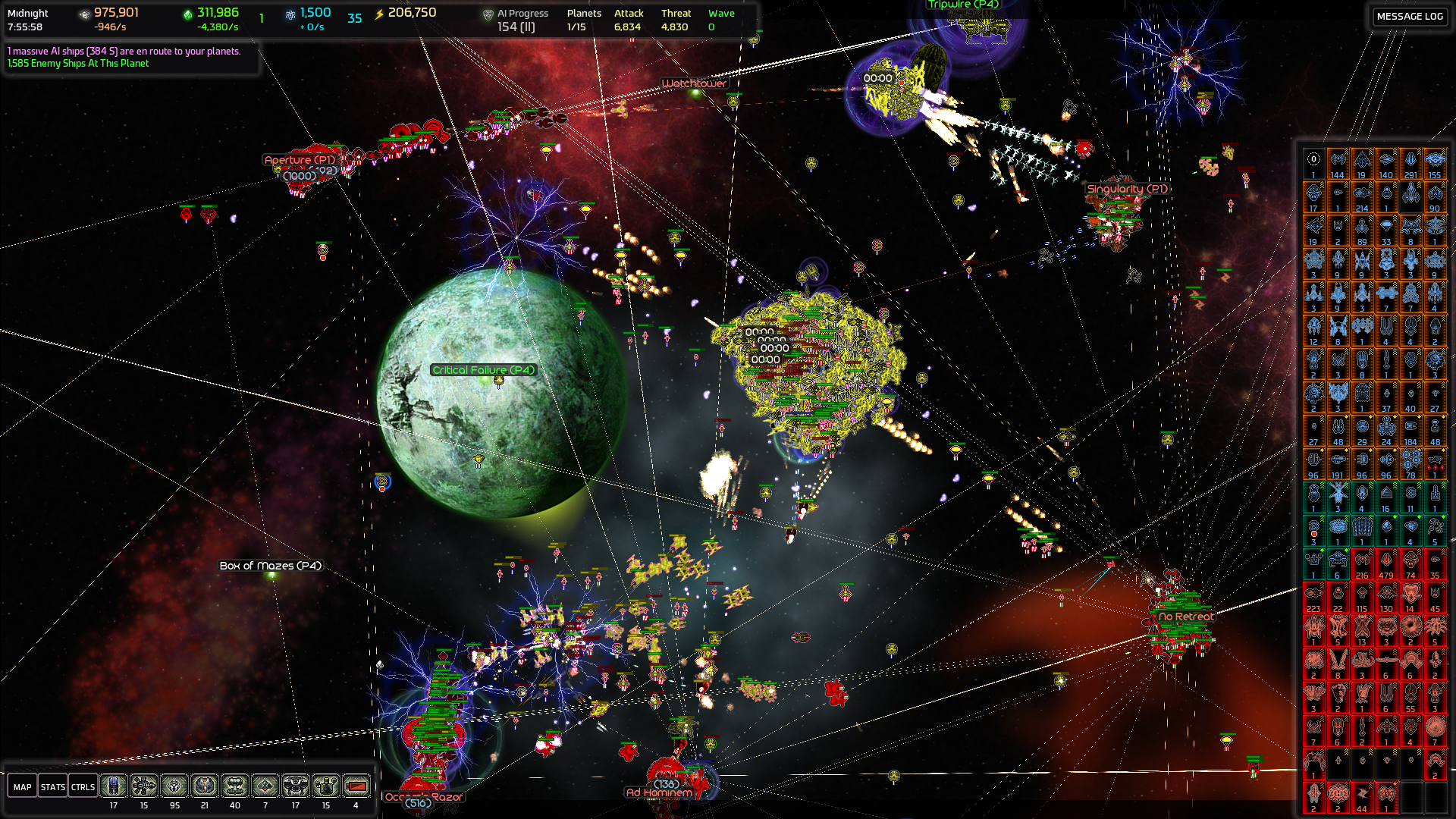 Another major change was actually needed for the new hacking forms, but is a pretty major utility improvement all around: Space Docks and Starship Constructors (and similar broad queue-builders) can now build the mkIV and mkV versions of the ship types available at them (and Space Docks should be able to build the experimental fab fleet ships, though that may still be a bit rough) IF you have the necessary fabricator/factory/constructor OR the necessary hacking of said. This will probably make fabricator types and whatnot more usable in general, though generally speaking the intragalactic warp gates largely took care of this in the past.

There's also a few bugfixes in there. You know the drill.

Update: 7.003 hotfix is out now to fix one that was preventing the loading of many old saves.

Update: 7.004 hotfix is out to put in some protections against arithmetic overflow in the hacking-response calculations if you really run up the Hacking Progress costs.

Update: 7.005 hotfix is out to fix some unhandled-errors that could happen in extreme hacking-response situations and to clean up some other hacking-related bugs.