This one is probably the second-to-last update containing new Ancient Shadows content (though additional scenarios beyond the next may be added between now and release, time permitting). It adds two new scenarios for seeding in the nebulae.

There's also a significant rebalance of AI guardians and AI carriers (what happens when you blow up a carrier, at least). I suspect the result with both will be a bit too much on the easy side, but I think the new situation for both is a lot more consistent (guardians had wildly different dps from each other, previously, and carrier pops were a multidimensional pinata), so we can work up from here as necessary.

And it's got a number of miscellaneous bugfixes and changes, like usual. 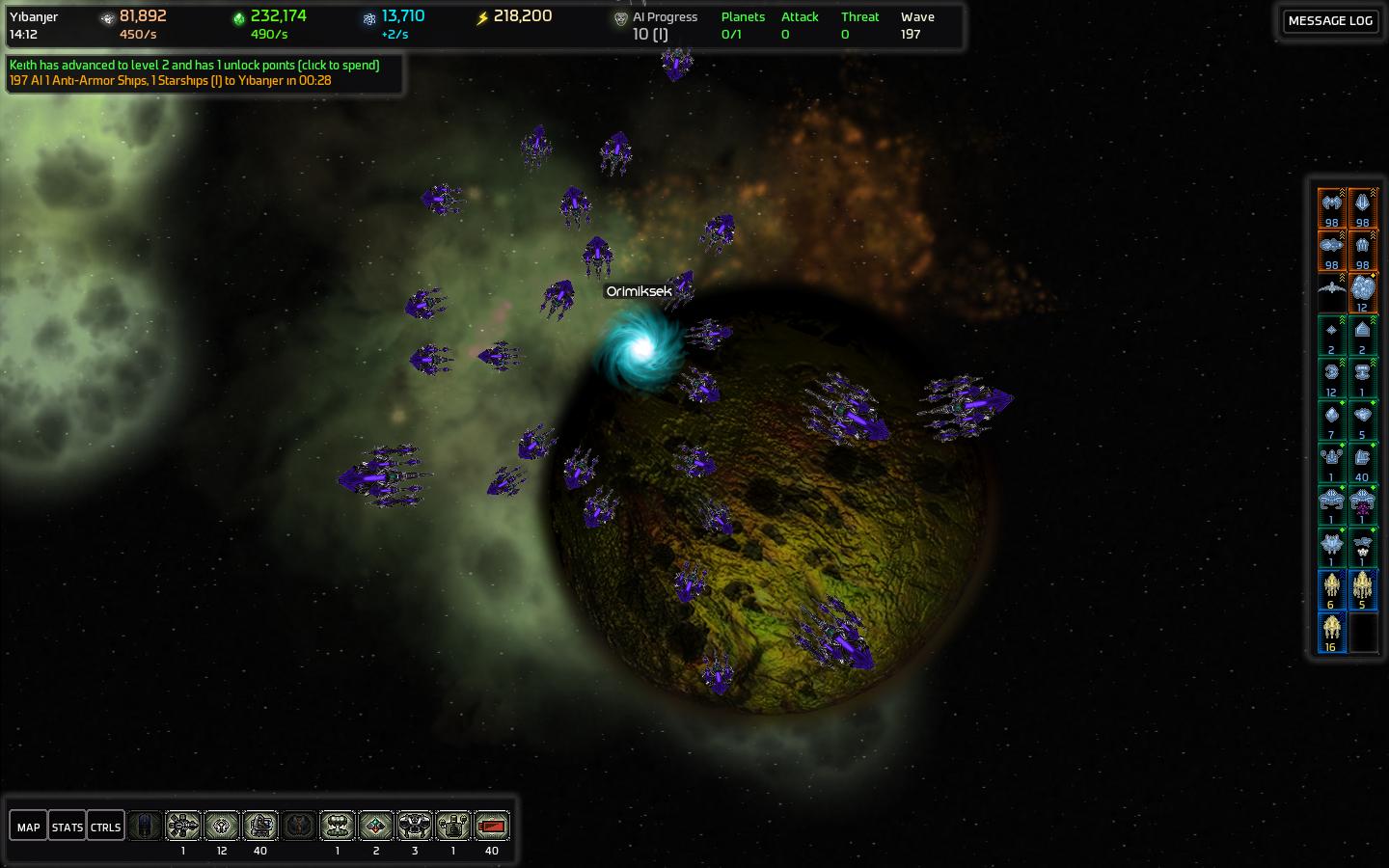 Update: 5.086 hotfix is out to fix a bug in 5.085 that would give a bunch of stuff to each champion upon loading the game (here I was thinking that simply turning off the test branch was sufficient, but noooo, I had to have a bug in part of that that could trigger anyway).