New islands in development with a new cooldown system.

Recently, a new cooldown system for the skills was implemented. Instead of being able to activate only one skill per time (with a cooldown in the middle), now you are able to use multiples skills at the same time (with a different cooldown for each one).

This feature took a while to develop because of the way the original cooldown was developed and we had to rewrite a lot of stuff, but we are very happy to have it finished. This way the game will become more fast paced and more fun! 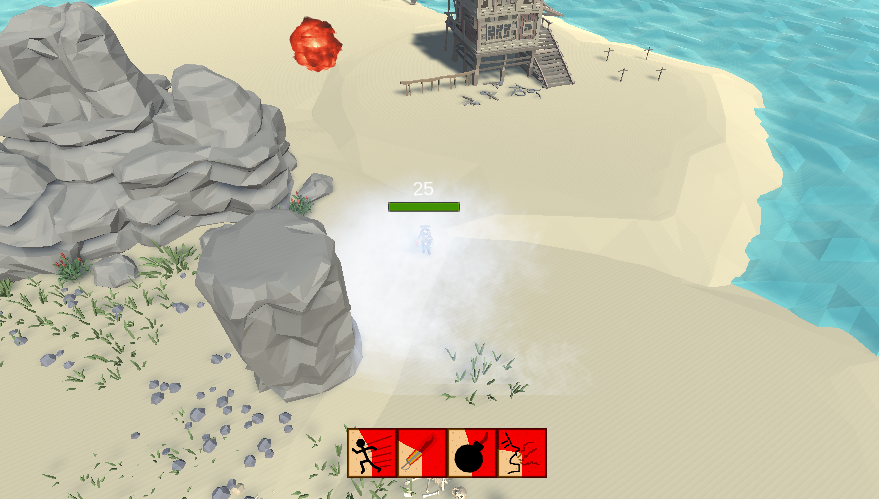 Two islands are being developed so here are some screenshots of how they are right now:

We expect to release our game on July for free on our Press Kit.

We are a group of inspired and talented game dev students with the objective of creating the most addicting hack and slash pirate game ever.