Age 2 is a huge content update for CardLife - possibly our biggest to date - and it's finally live! We’ve added a new batch of enemies, three new craftable materials, new systems, and a bunch of bug fixes.

Here’s a recap of everything new you’ll see in Age 2;

The first new system you’ll see in this update concerns the new accessories. Rings, relics, amulets and more will show up in the game, with each giving a different stat boost to the player. This will go a long way towards giving each player more individuality, so, for example, a tank-like warrior can equip health-boosting items. To get these working properly, however, you’re going to need another of our new systems;

The Enchanting Table is a new craftable item coming to the world of CardLife. Aside from being a handsome piece of furniture, the table will be able to infuse weapons, accessories and armor with various stat boosts using crystals. Please note: For the first introduction of Age 2, only accessories will be enchantable, with weapons and armor set to be added later. 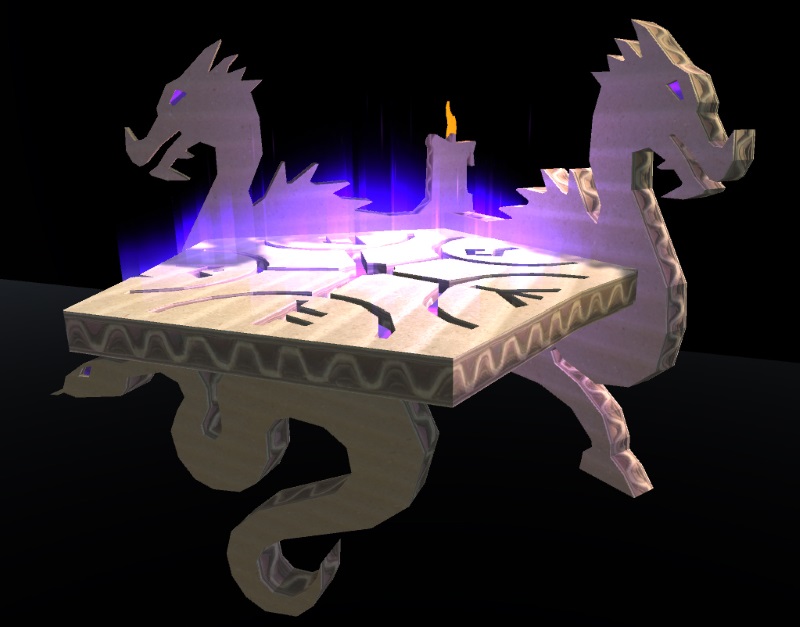 To take your crafting to the next level with enchanting, you’re going to need to find some of these crystals. These grow underground in mysterious glowing formations, which means that to give your kit that cutting edge, you’re going to need to venture into the most dangerous environment in the game. Why’s it so dangerous, you ask? Well, that’ll be down to some new creepy-crawlies….

This giant arachnid patrols the depths of the caves of CardLife, and will be a dangerous foe for any adventurer looking to gather valuable crystals. It’s going to have company too, with a pair of new underground beasties joining the eight-legged monster in the dark. 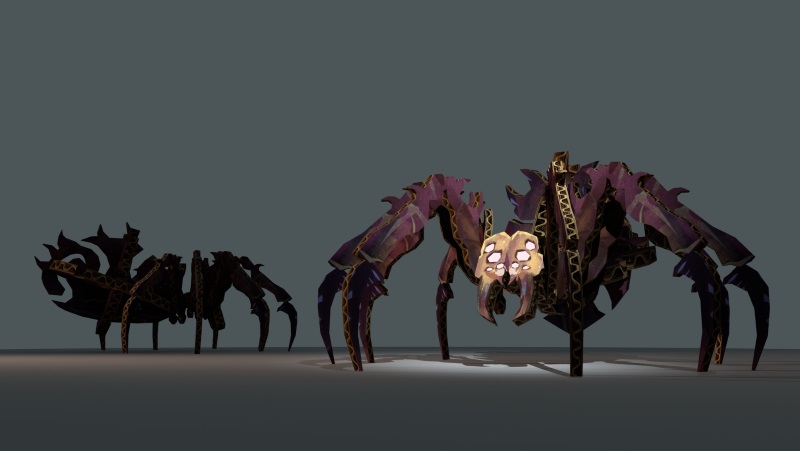 This variant on the existing Goblin will fight, as the name suggests, savagely, and will pose a very real threat, especially in groups. Some creatures will now have weapons, including this dual-wielding beast. It’s not the most dangerous creature to appear below ground though...

The mechanical nightmare that is the Sentinel Golem makes its debut in Age 2 of CardLife. It’s really not advisable to take one of these on without some shiny new gear, so you’re going to need to get crafting…

As we covered last week, Armor is getting a new look in Age 2, with the more elaborate Age 2 designs appearing in the crafting menu with this next update. The dramatic but tough plating of the Knight Armor will keep players in the fight longer, and will be craftable with three new materials - Cobalt, Gold and Tungsten. There are many more armor types to come - this is just the Age 2 heavy variant. 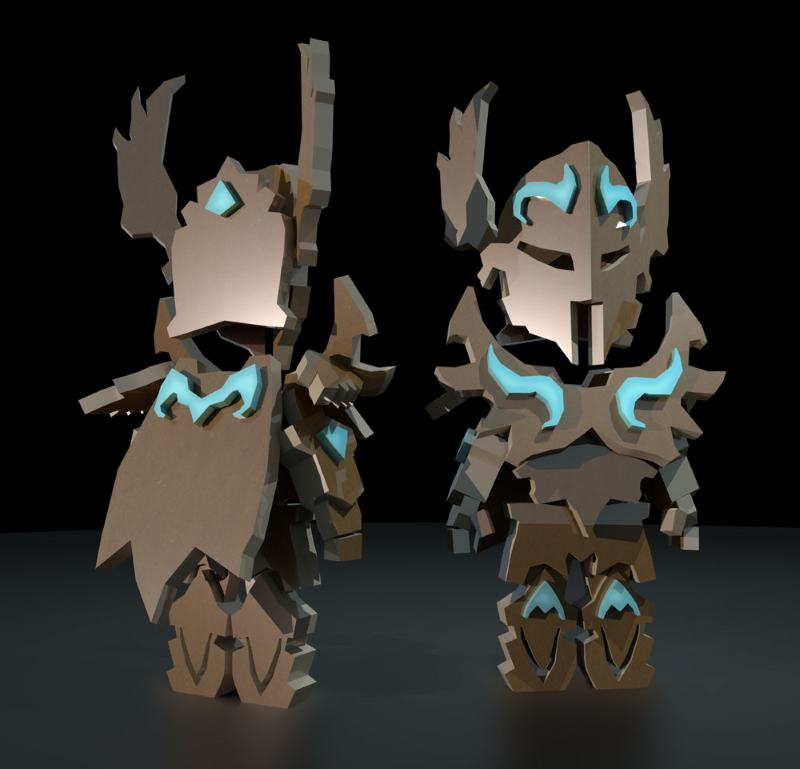 These bipedal reptiles will be stalking the plains of the world above ground, and will not be an easy foe for lone adventurers. The standard Lizardman and the more powerful Berserker will be an intimidating presence in the game, and will drop a new kind of leather too. These creatures will eventually live in the jungle with the raptor, once the surface biomes are implemented. 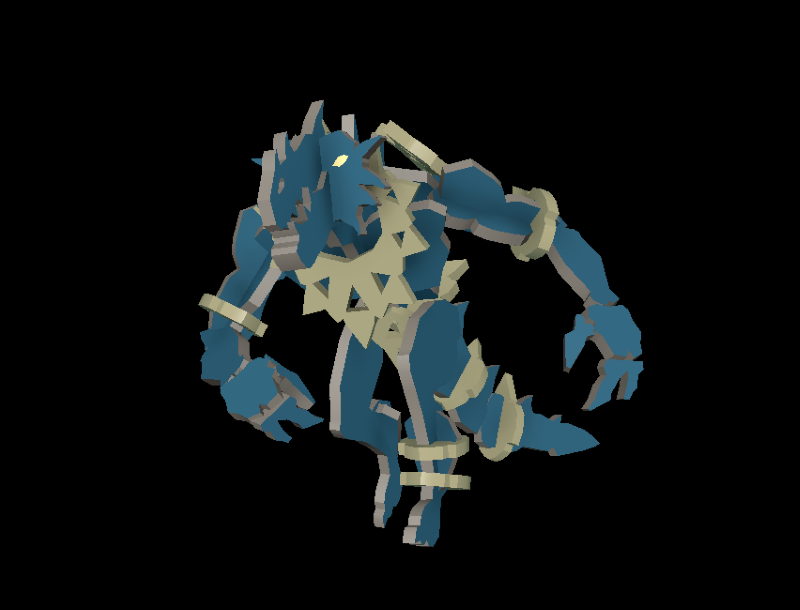 Not quite as threatening as the other new creatures, but the humble deer is actually an important addition to CardLife. It’s the first appearance of the wider ecosystem in CardLife, and while it will be aggressive at the moment, this is totally placeholder, with the deer eventually becoming a non-threatening presence for players in Age 1.

Crafting with leather will now be handled with this new crafting table, which can be placed in your home. Even apart from the practical applications of the clothing rack, it’s another neat aesthetic addition which can give your builds a little more personality.

We introduced these in the blog on CardLifegame.com a few weeks ago and they’ve certainly proved popular. The Digger, Shears, Drill, and Chopper are all going to vastly change up the game for players who have reached Age 2. They’ll speed up harvesting and hunting significantly, and they look very cool too;

How Does Age 2 Work?

Everything in CardLife, both Age 1 and 2, will exist in the same world from the start of a new adventure. To get to Age 2 items, however, players will have to advance to what is currently late-game content.

These items are typically crafted from more advanced materials - wood alone won’t do you any good when trying to build a mechanical digger, that’s going to take precious metals. To get to these, players are going to have to head off on adventures. For example, let’s say you need tungsten, mechanical parts, and crystals. That’s not an easy endeavour. First, you’ll have to progress to a point where you’re comfortable delving into the deepest parts of the underground environment, fending off Corrupted Spiders and possibly Sentinel Golems.

You’re going to need the finest Age 1 content to get close to this, and you’ll eventually be in a position to go after the most powerful creatures out there. Mechanical parts are only dropped by Golems, so going after those is going to take a lot of preparation - we recommend taking the very best gear, or even travelling in groups. Could we see the bands of adventurers form CardLife around Age 2 content? We certainly hope so - though of course, if you’re tough enough then solo runs will be viable!

P.S - we’ve fixed permissions consoles with this build, so builders won’t be left out of the Age 2 fun!

Will this game be playable as couch co-op or only online?

Great question! Online only multiplayer I'm afraid, as we do a lot of calculations server side. You can play the game in a single player capacity but you will need to maintain an active internet connection at all times.