A large graphical and content update for our post-apocalyptic base building game. 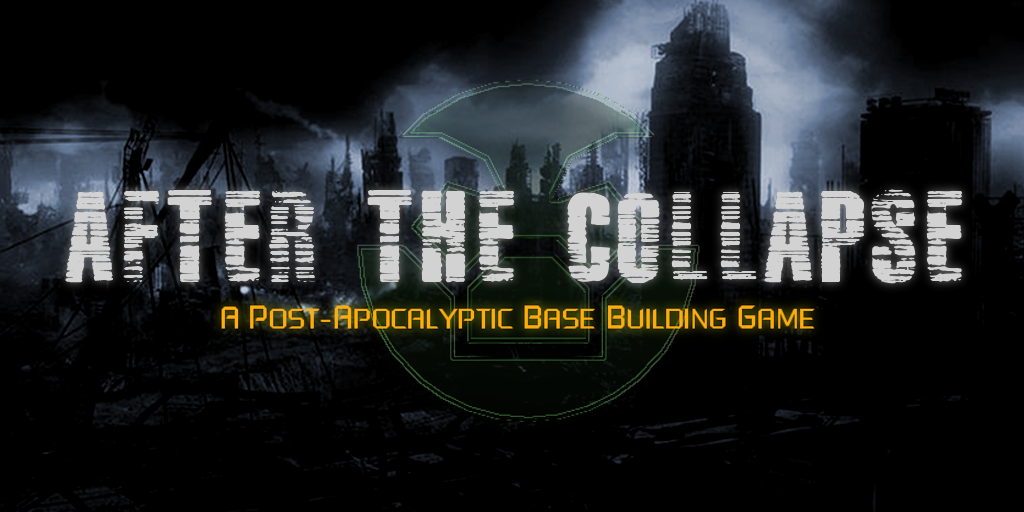 Yes, finally an update. I know, it took a while. I thought I could wait until 0.6 was out. But, so much was added to the 0.5 branch that we might as well release it now. The update has been released today on all the stores we’re on.

You can get After The Collapse on Steam, Itch.Io and Discord.

Anyway, let’s get to this release!

For once, it’s quite difficult to summarize this update. There’s a bit of everything as it was mostly done on the side (or for the needs) of the major 0.6 update that’s coming soon. Still, we can sort all that into four categories. As usual, the complete changelog is at the end of the post.

Our main new feature is that the content of buildings is now hidden until you’ve explored them room by room. Additionally, some of the rooms might contain hostile creatures (in-game, called an infestation). This feature is entirely optional, you can disable the fog of war and set the amount of enemies in the settings. With the default settings, all rooms are hidden and a few will contain one or two creatures (giant animal or zombies for now). The general idea is to make it slightly more difficult to access resources and to familiarize the player with the combat system in a controlled environment. Also, for the more experienced players, pushing every slider to the max will force them to rely on low tier tech for a while, offering a decent challenge in the process. 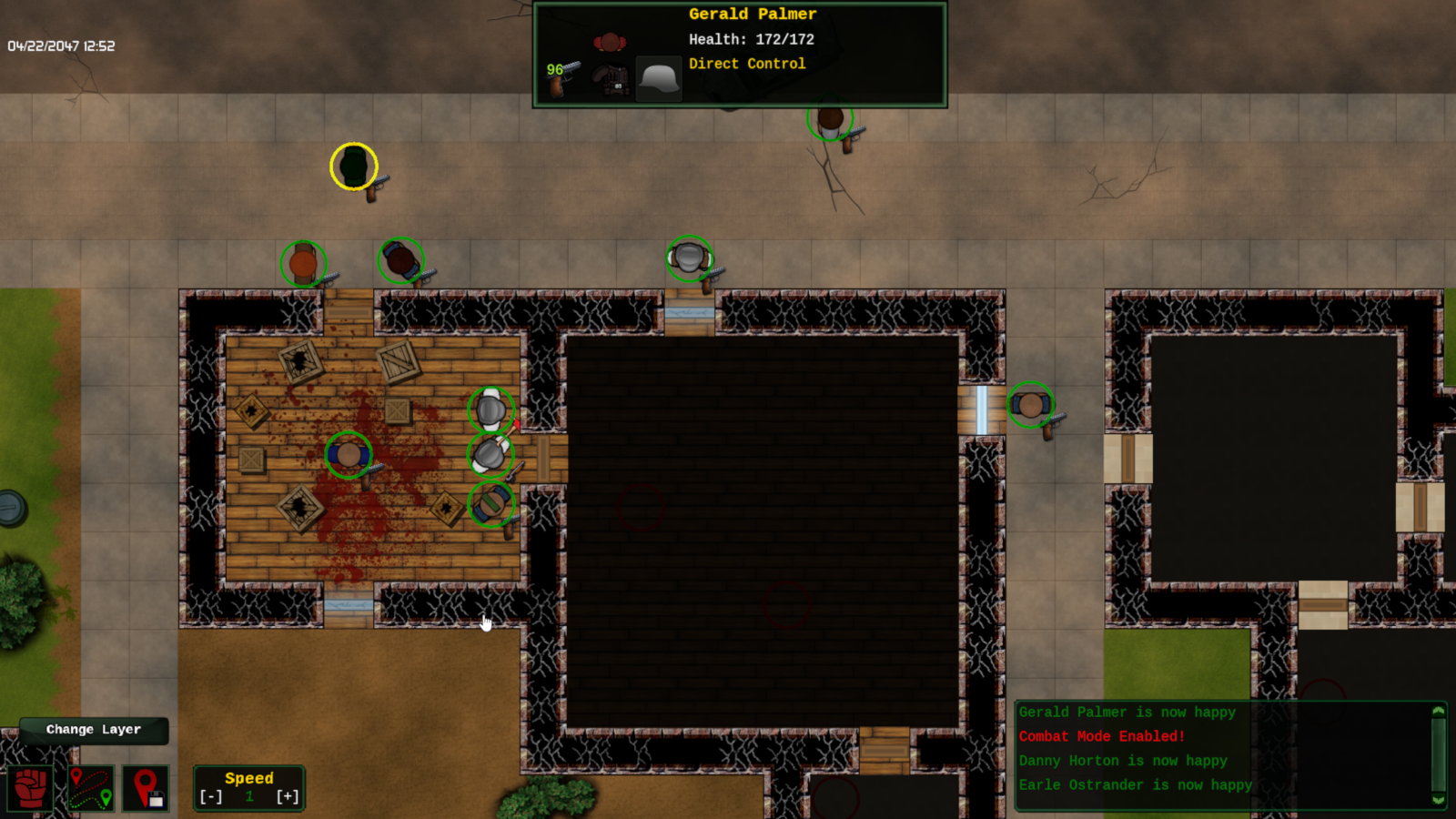 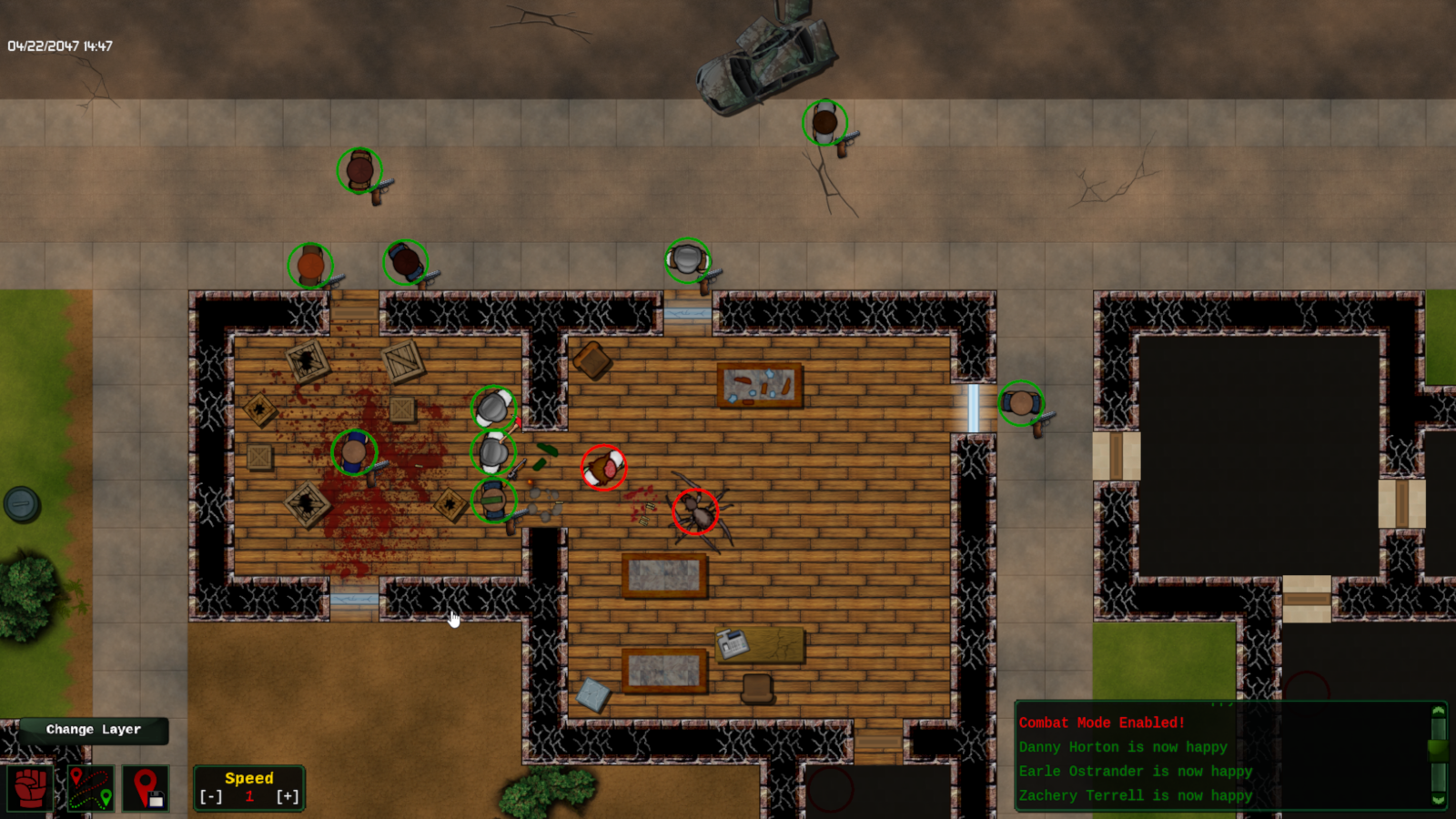 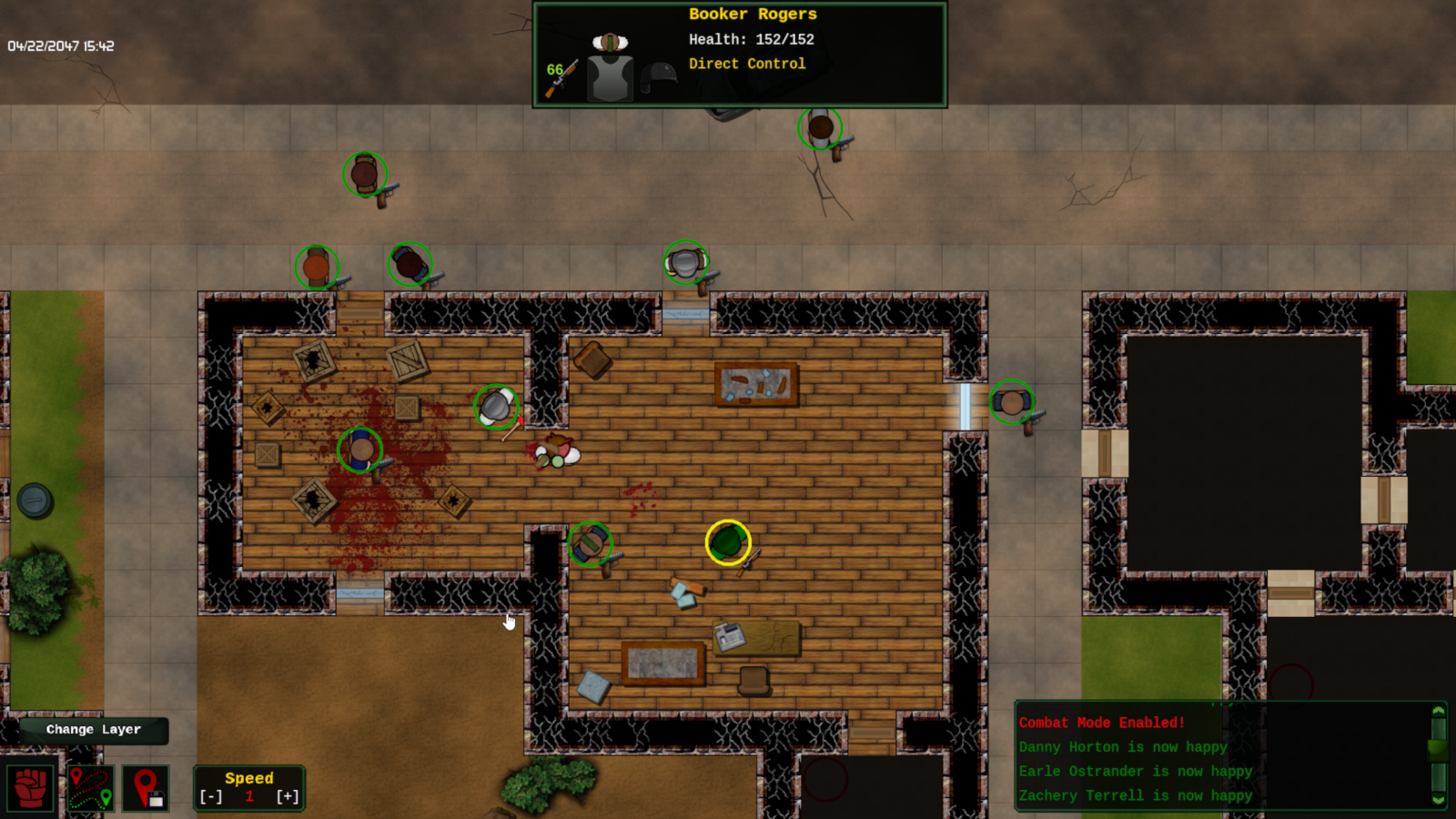 The path-finder has also been improved in a significant way. Survivors will pretty much always take the shortest path between two points now, even when moving across layers. That should make them more efficient in general as less time is being wasted moving around. It also takes the system above into account. Your peons won’t enter an unexplored room (potentially full of enemies) without being specifically ordered to.

There’s a few other tweaks, but those two are the major points.

Ease of Use / User Interface

Our everlasting quest to build a practical interface continues with a few small but important tweaks! You no longer need to “disassemble” the grass or wait for debris and blood to disappear before being allowed to build something. Instead, you can just place the building, and the grass, blood or debris will automatically be removed. The way I do it is a bit “dirty” (the grass will immediately disappear when placing the “ghost” on the ground) but it works. 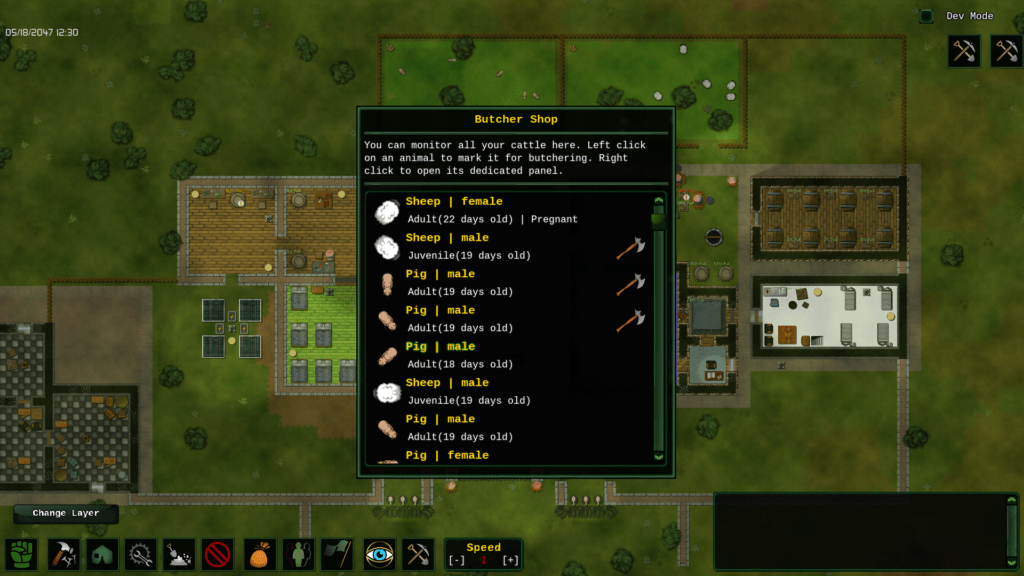 The butcher shop got its own menu as a “all-in-one” stop to monitor and butcher your cattle. It’s useful if you have a lot of different pastures. And last but not least, in combat/alert mode, the weapons equipped by your militia is shown as an overlay (replacing the crossed swords). It’s a very small change, but it makes it much easier to manage your militia during a combat.

Firstly, items are properly layered. In other words it means that you’ll no longer see grass over trees and other weird things with a faulty perspective. Trees branches will be over your survivors, chairs are under tables, grass is under everything else, and so on. Even items on the same tile are properly ordered. It might seem small, but it’s a very important change. It gives me a lot more leeway to improve and add details to the scene in the future (and in this update). 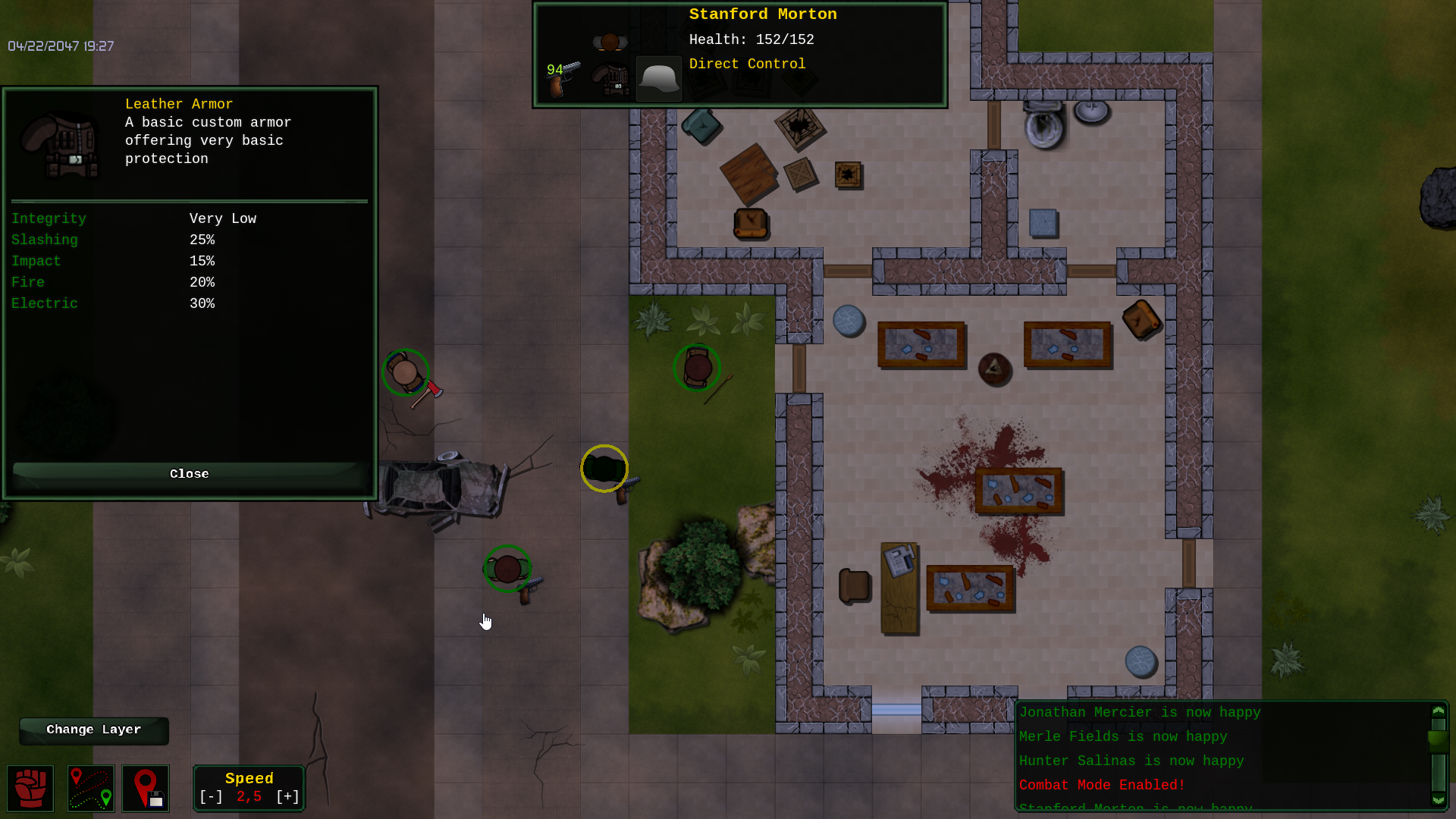 Thanks to this new layering system I added and improved a few things. Blood splatters during combat are more frequent, much better looking and more varied. They are properly displayed under people instead of randomly. And like every “debris” type, they now fade-out instead of blinking out of existence. Secondly, I added some details to the map generation. Caverns and sewers get a bunch of spider webs all over the place. On the surface, rooms might get large bloody decals (frequency is based on how damaged is map, the lower the resource slider is, the more decals). Roads and pavement get cracks and car wrecks. It’s just a start, of course, the layering system and the ability to “build free” over that kind of things will allow me to add much more details in the long run. 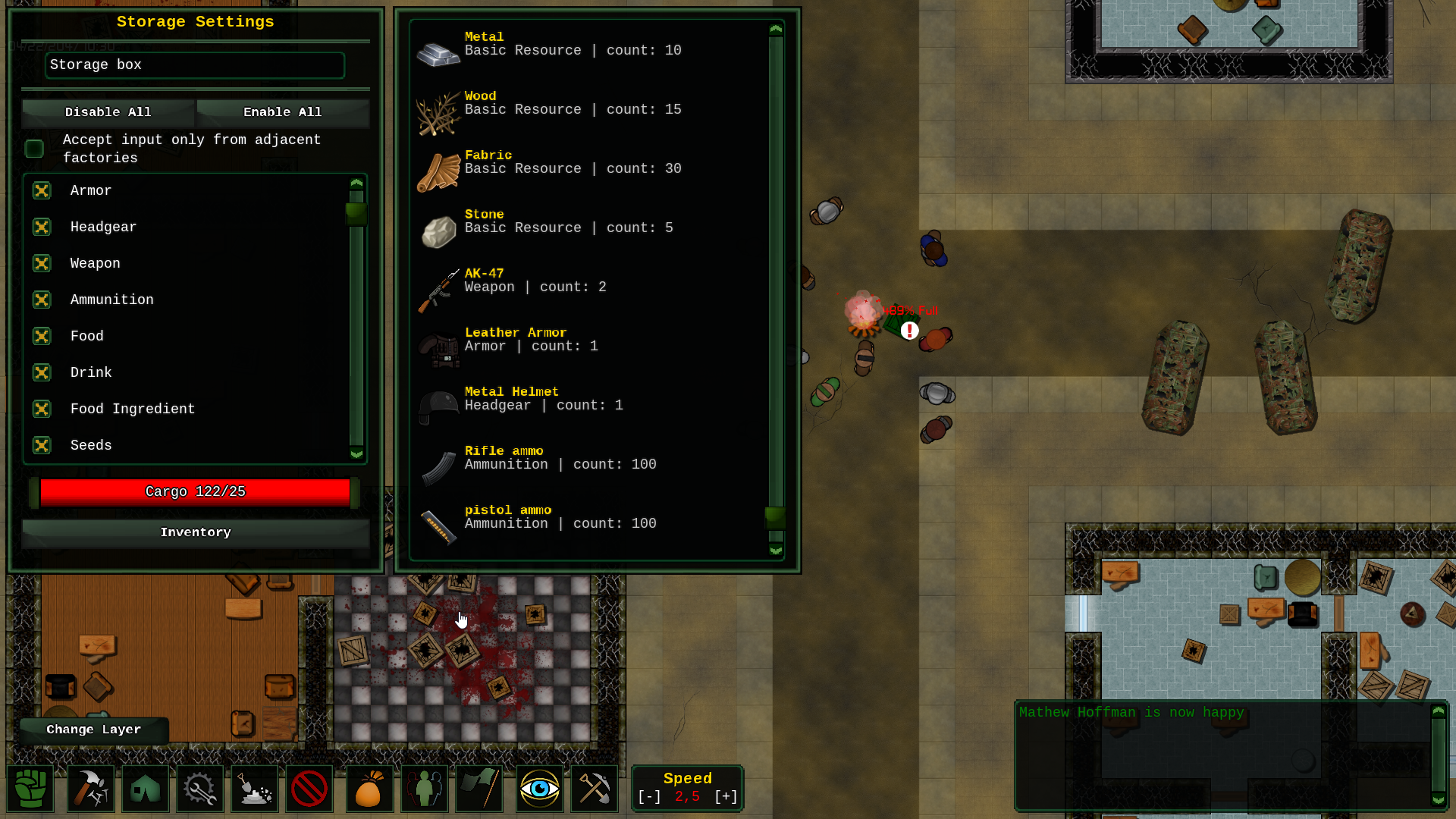 Finally, the vast majority of items (from weapons and armors to food and materials) got new and more professional looking sprites. I also now have a pretty vast array of weapon and armor sprites which I can use in the game. They will be used to add new content in future updates (it was the main limiting factor).

Due to changes to make room for the 0.6 update, the code went through a massive performance pass (that’s partly why this update took so much time). While you’ll probably not notice much of a change on default settings unless you’re running the game on a potato, I improved performances/FPS by 40 to 60%. Some of it got put to work on other tasks, but still, it’s still an impressive change on large and gigantic maps. Until recently, such maps were barely playable (at least on my outdated rig), but now, it runs pretty decently. It’s not perfect, but it’s getting there. Additionally, map generation is WAY faster. You won’t notice a difference on normal maps because it’s roughly already as fast as it can be, but generating a gigantic map with max vegetation and a sewer/cavern will only take a couple dozen seconds instead of 3 to 5 minutes now. 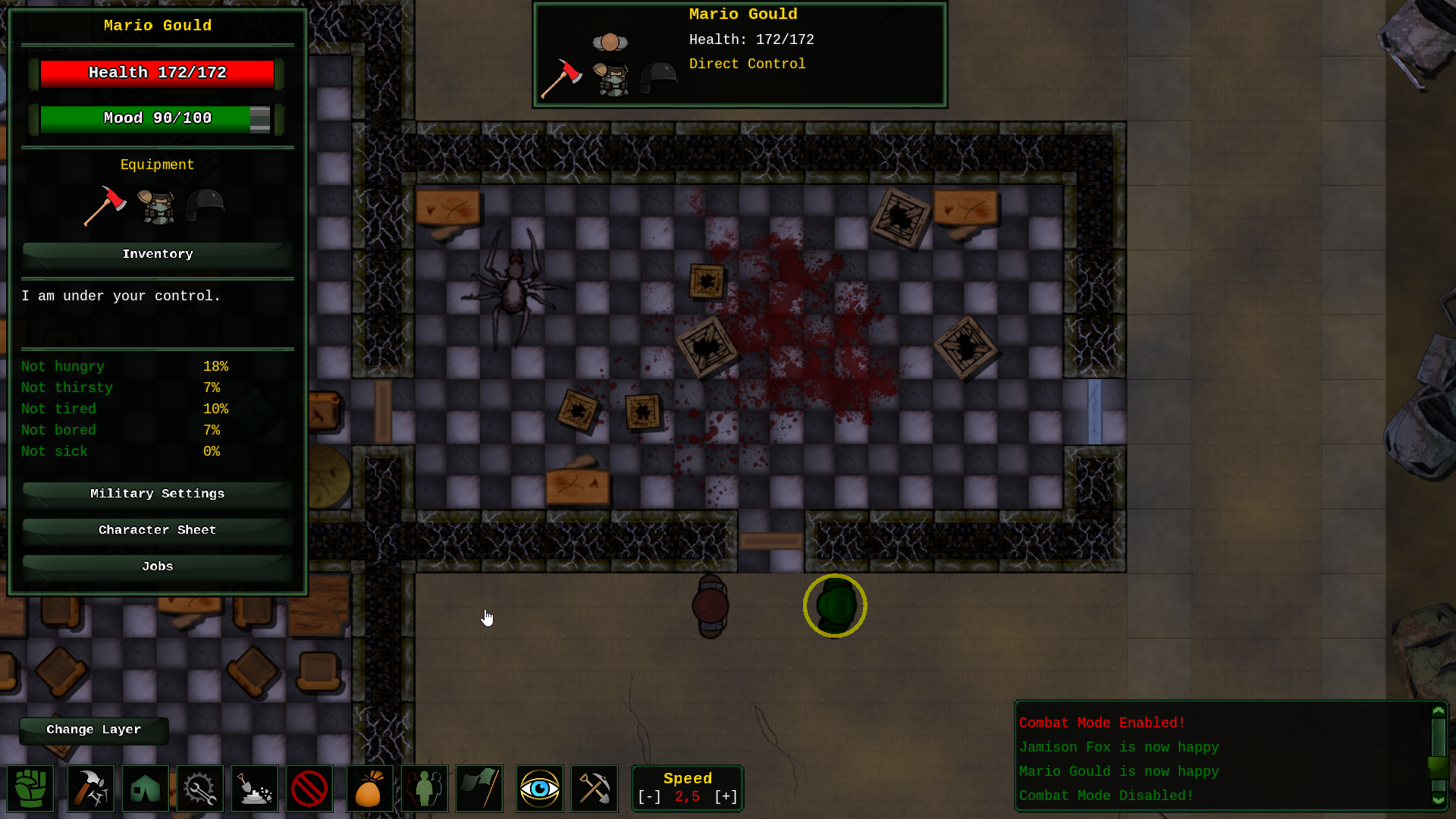 And as usual, I fixed a bunch of small bugs (and the very few and specific freeze/crashes). Outside of very specific “start menu” crash fixes I didn’t take into account when allowing the game to load data in the background, it’s pretty boring stuff. A couple of small memory leaks and graphical glitches for the most part. All things considered, it’s a very stable alpha version.

Well, what’s next is the 0.6 release proper. It’s already half way there. I will be distributing the internal version on the experimental channels in a couple weeks. While the experimental version will just contain a mostly decorative over-world / world / city map and the ability to start the game by picking a location on said map, it will get gradually improved.

Let’s be extremely clear here. The goal for the whole 0.6.x branch it to have an interactive world with other groups, factions, having the exploration system linked to the map itself, dynamic threats that move over the map and so on. What you will get in 0.6.0 proper are the foundations for that to happen: the map itself and partially implemented features. It’s like what happened with the 0.5 branch: the initial version only included empty caverns. The other features got progressively introduced with patches. I know it’s not exactly the way you’re used to version numbers in games, but it does actually makes quite a lot of sense while we’re still in alpha.