A short introduction of our team and our current (and first) project, the game called "Aeon's Down" a turn-based strategy game based on the well-known "Fire Emblem" series and games like "XCom". We will also talk about our plans for the future of this project and it's current status.

Hello there! We're the members of "Team Ant Mountain" and we first would like to thank you for reading this, it means a lot to us. Now, let's introduce our first project "Aeon's Dawn".

Aeon's Dawn, the definite name for the game that we, at Team Ant Mountain, are working on right now. It's a turn-based strategy game much like the well-known "XCom" series and the "Fire Emblem" series. We're borrowing the gameplay style and design of the latter but we're adding and creating new unique elements that will clearly define and separate our game.
Aeon's Dawn will be story driven, a fully contained story with a clear beginning, middle and an end. A fantasy story set in a fictional late-Medieval world. Players will be able to explore and experience the plot as much as they want to, we don't want to enforce our ideas of storytelling to anyone. The story won't just be told through words, we're creating and setting up scenes that, without a single word said, enable players to conclude for themselves what happened and shape up their story as they go through the emotions. We'll give the players many opportunities to create an impact on the world and change how the story goes, not just for a simple quest or object, but the entire game's plot as well. 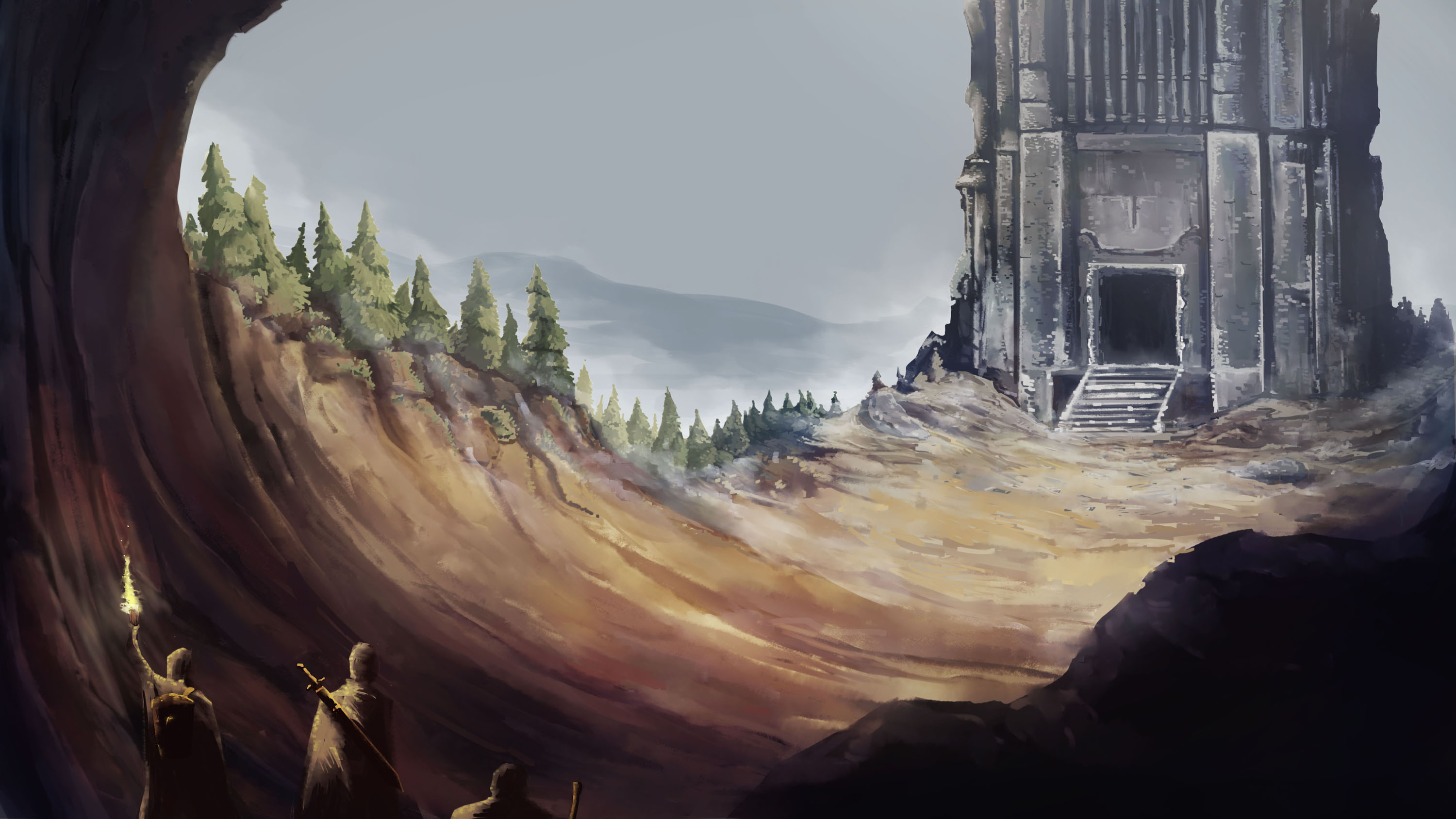 About the team. Right now we are a team of 2 working together, with both of us doing what they like to do most and do best; An artist with a passion for pixels, colours and grandiose visions. The concept art above is an example and testimony of his dedication and skill. And me, a programmer, and quite frankly not a wizard with words. I introduced the idea of the game and it's setting, and created a very first, simple version of the custom game engine. We both work together and understand each other perfectly we design the game together, learning from each other, coding and art working together.

Our team has come a long way since it's first greetings with each other. We saw the engine develop, the art growing and a game slowly starting to hatch from an egg. Right now we're starting to work together with a music group; "Orb SoundWerx" we will work together with them to manage the sound design for our game.

Well that's pretty much our entire team covered right now, we'll write another article about our plans and the game's future a little bit later. What convinced us, or well me, of writing an introductory article right now is that we now have a presentable alpha demo ready for showcasing. Still a lot of bugs and unfinished things, but hey! That's why it's called an alpha right? So if you're interested in our game be sure to give a look here down below.

So! Thank you oh so much once again for the interest and reading this. I realize my writing style can be a bit of a pain in the butt, but it's only by trying that we can improve, haha.
If you're interested in the game be sure to give a follow or a like on our twitter, much appreciated! We love working on this and of course, we hope you do too.
Friendly regards