Get Adventures in Text, a game with several 1-4 player text adventures, for $1 on Xbox 360 or for free on PC! 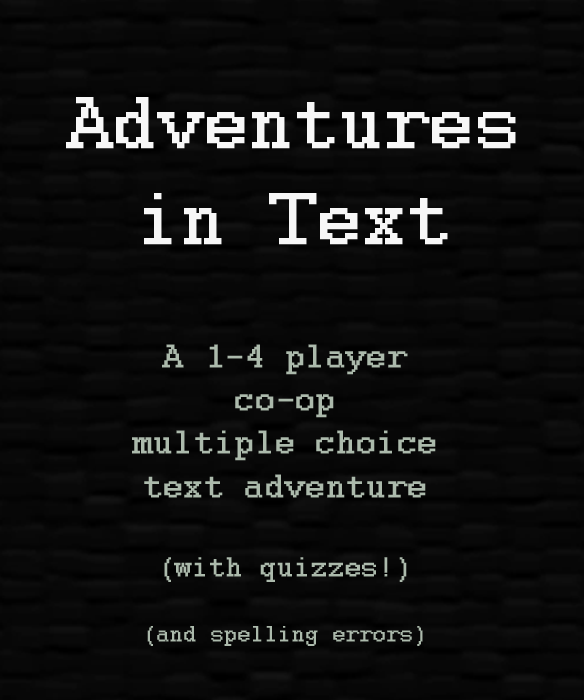 I am delighted to announce that I have released a new game on Xbox 360 and also PC called Adventures in Text!

Adventures in Text provides a series of multiple choice text adventures that can be played with friends, including quick quests and also the longer quest through the world of Aeski.

How does the multiplayer aspect work? Well get your friends together when playing through the quests and together you can vote on which answer to take although you’ll want to discuss decisions first. If you fail to agree, the game will pick for you!

Additionally there are also three quizzes included to challenge your knowledge of Halloween, games and the world.

Available on PC from IndieDB for absolutely free. Please note that to play on PC you do need a controller and the game has only been tried with Xbox controllers. Additionally music won't work if Windows Media Player is not installed, which seems odd but apparently I'm using a WMP library. 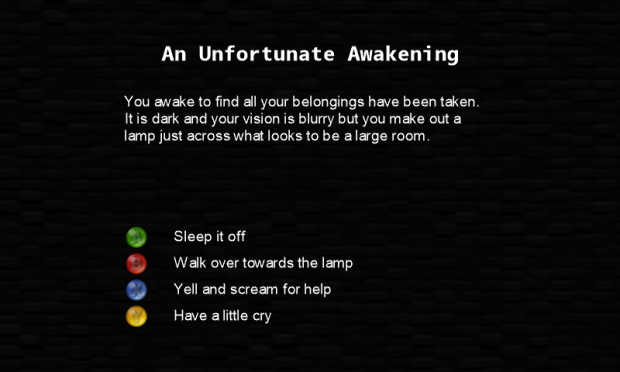