HI! The Early Access Build is coming along very nicely! Pull up a chair! Sit a spell and let us show you whats been goin on!

Posted by thejamesanderson on Apr 5th, 2016

Hi Everyone! Development is still going very well on our Steam Early Access build of Adventure Craft! Since our last update we have added a bunch of new scenarios and other content and are now working on bug testing and balancing all of that. While it's a little hard to say "exactly" when the Early Access build will be ready, we feel really good about what we have so far and are working hard to get it ready as soon as possible.

Below you can see me and Mr. T, a party member that I created, testing out the new chainsaw weapon on a couple of heavy goblins while I wait with my derpy eyes for him to finish. The chainsaw...it's super effective. But you gotta get really close to use it, which can sometimes get you punched in the head. It's better used on trees to get logs quickly but hey, I ain't ya daddy. 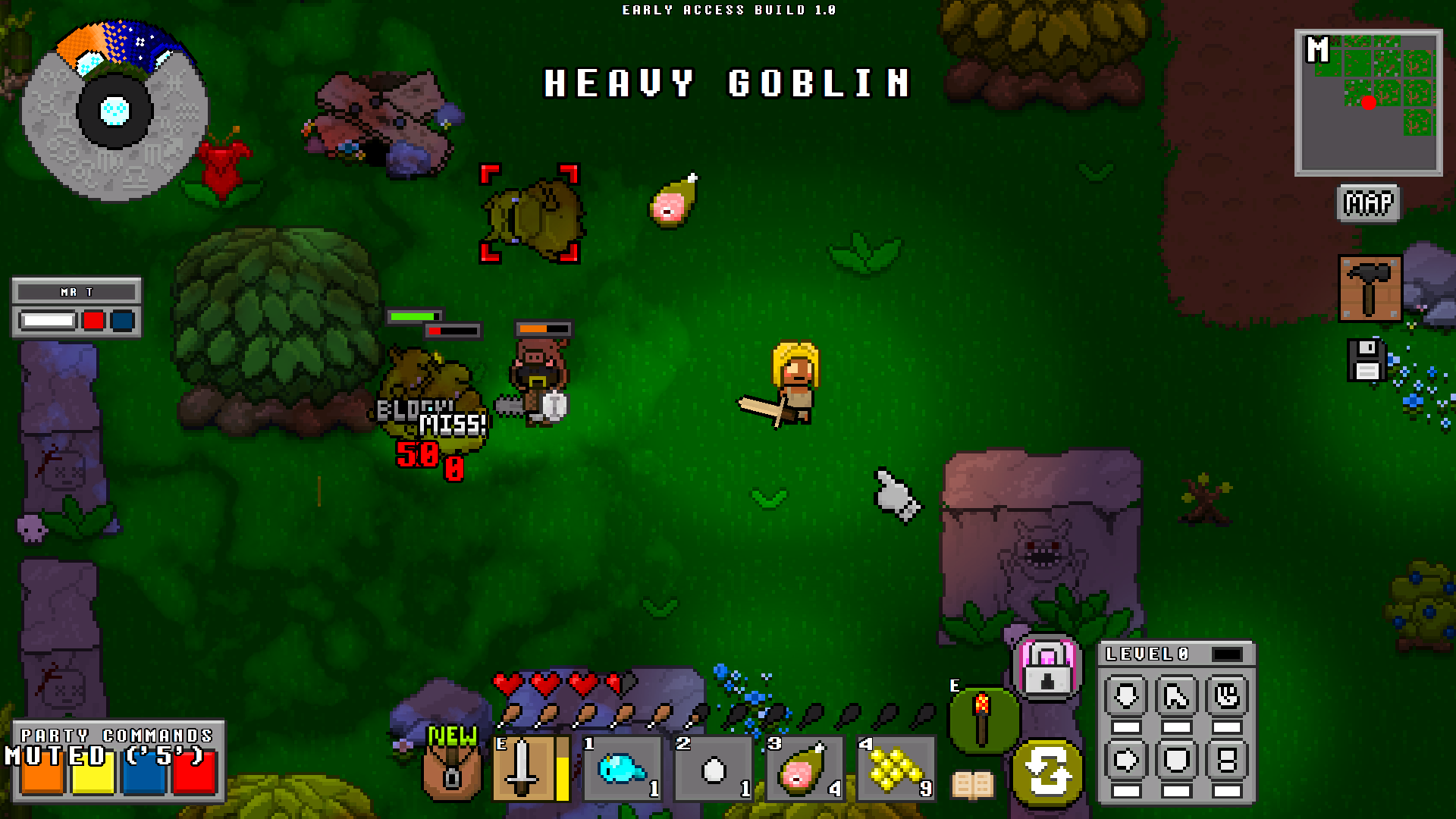 We have also been testing out the new controls for the pet attack dog. Now you can call him over to you, make him heel (which is really useful), command him to stay, attack, or guard an area. After that we will set him up so that you can unlock these abilities for him by leveling him up through combat and evolution. Having the dog along with a full party makes you very powerful and is really fun. 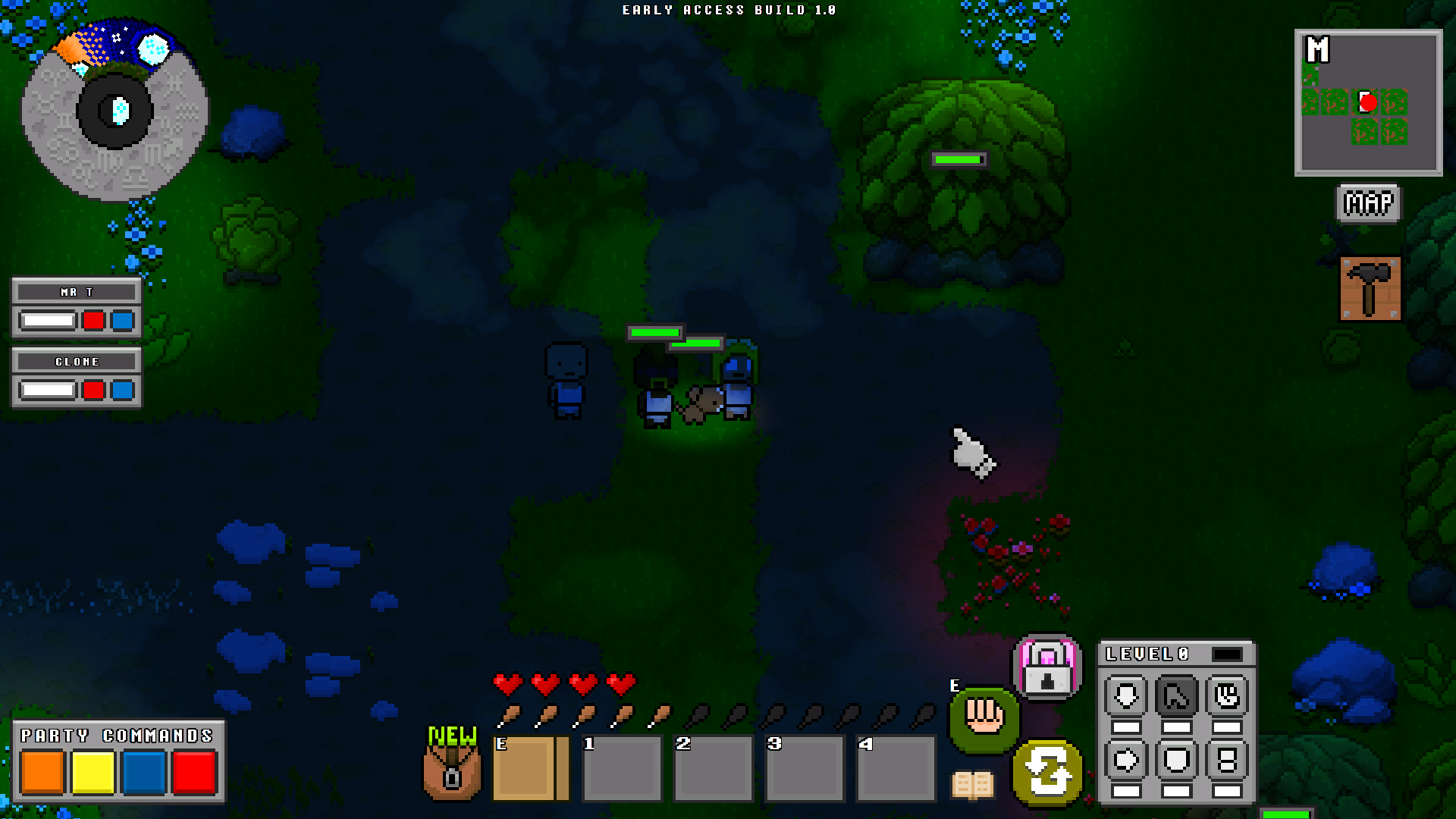 Another thing that we have been testing is the new AI system and party commands for your party members, which allow you to give them a set of instructions to follow as they fight for you. You can also command party members to flee a battle and go back to base and then summon them again when you need them. Found yourself alone in a dark cave in your underwear? This would be a good example of a time you may need to call some party members to help you out! I also added the ability to upgrade the flaming club into a deployable torch that you can use to light the caves. 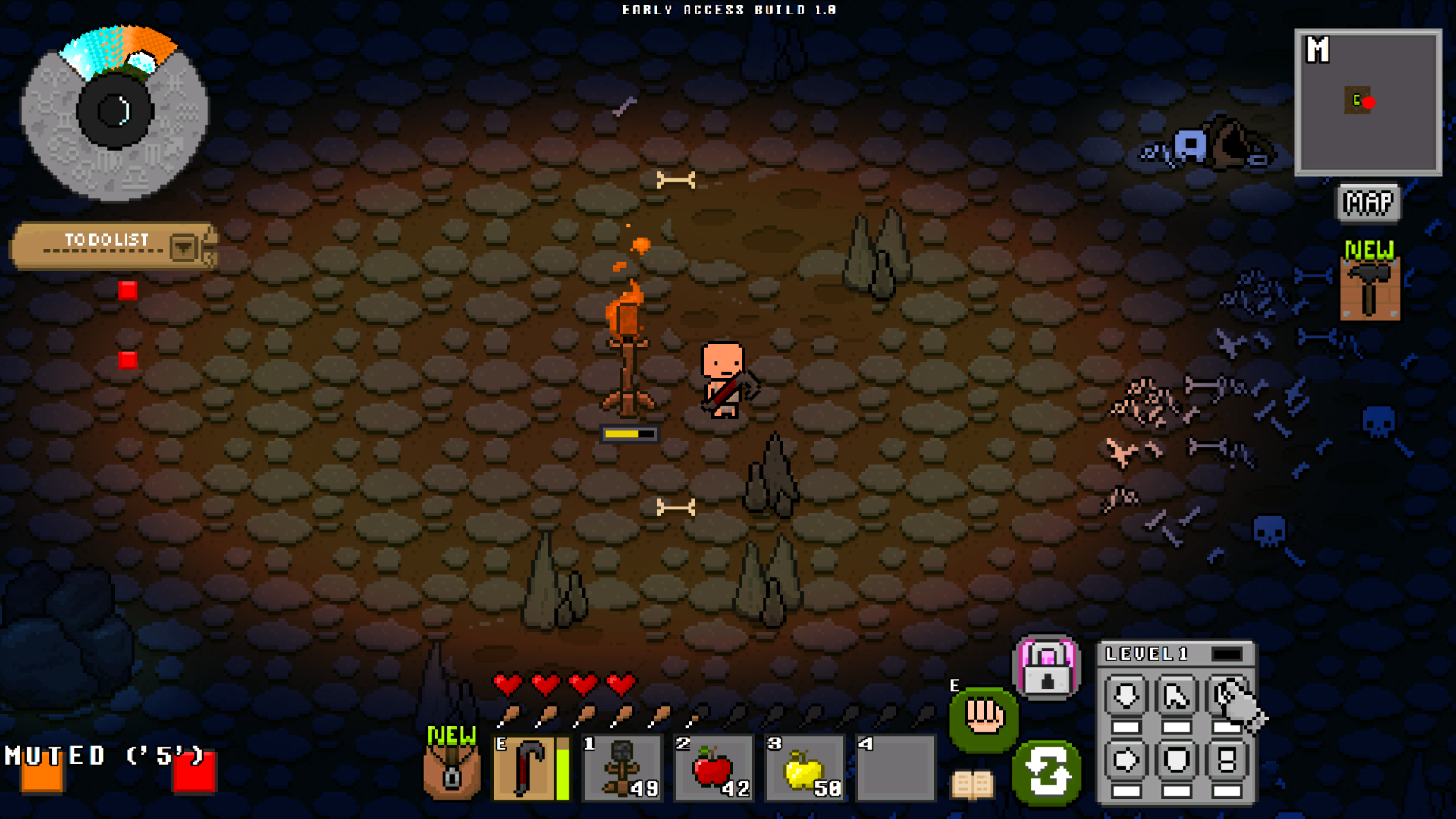 If you would like to try the Pre-Alpha Demo of Adventure Craft you can get it below! NOTE: Features in this blog post may not be present in the Pre-Alpha but will be included in the Early Access version of the game.

THANKS FOR READING! If you would like to stay updated about Adventure Craft you can...