We were working hard to get to the IGF, unfortunately we couldn’t get a stable version on time, also there were a lot of visual things to change, so we decided to give it a try the next year.

One of the things that pushed us back, was a shader problem. We were using transparent sprites, so as to have fade out effects and the like, and that turned out to be a bit of problem when we tried to make the sprites emit and receive shadows. It is not trivial to calculate how a transparent object deals with shadows so that took a while to deal with. Finally, yesterday we did find a work around for this (which ended up being quite simple, our solution was having double sided planes on the sprites and switching shaders). Anyway, this is how the sprites look with the shadows on: 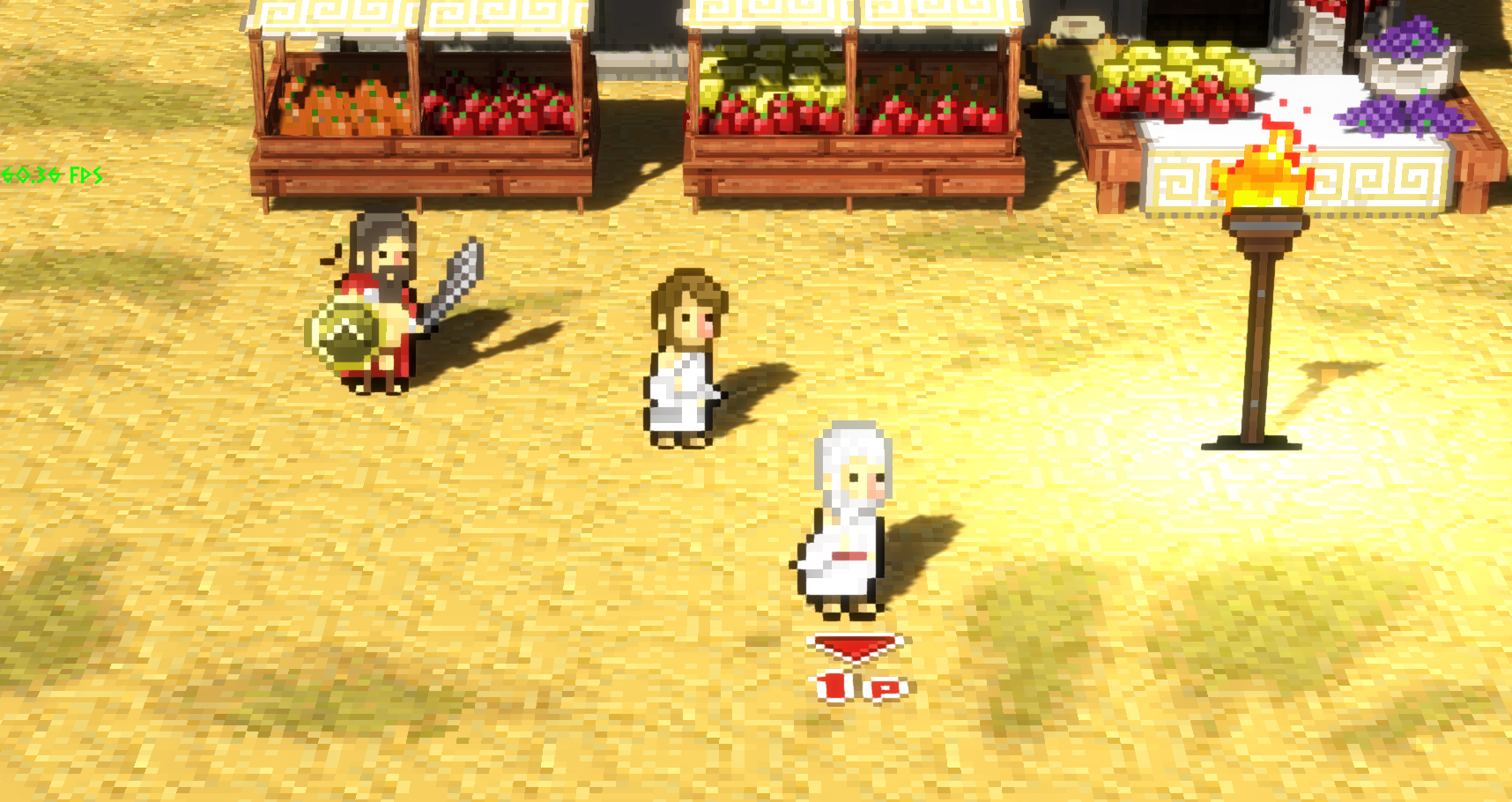 In the screen, you can see two light emitters: the torch and the ambient light. You can see how the first philosopher receives the light from the torch, how the three characters emit shadows and how the background sprites receive shadow. All the complications we had, fixed in a marvelous picture.

This is a vine version, (I’ve just downloaded the app


And finally, the incredible youtube version, of a classic day in Delphi: