A list of some of the achievements you can get in Brunelleschi, how they'll interface with the Steam Achievement system, and what they represent in terms of in-game mechanics!

BruneGame's got a huge collection of achievements, which are accessible from the client, and in many cases also show up on your Steam Profile if you choose to use the BruneClient through that service. With so many different ways to play, we were hard pressed to select a reasonably sized representative sample for the available options! 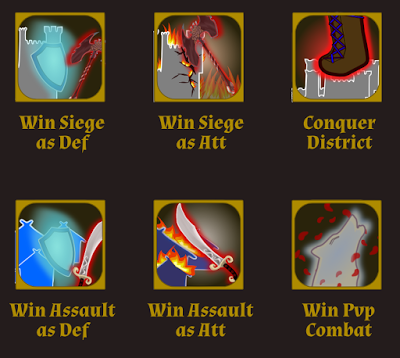 With Warfare being such a major part of the game, we had to dedicate some amount of Achievement work to the unique options available in military or violent situations. Since Assaults, Sieges, and other forms of Military Scenario are considered a 'Draw' if a certain Participation Threshold isn't achieved by players, these achievements will always represent success in a large movement of characters.

For more personal matters of honor, violence, or even training, the 'Dueling' options have been represented in Achievement form as well. 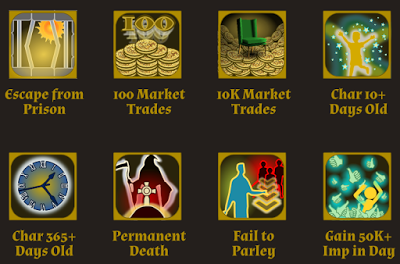 Some achievements in Brunelleschi focus on Trading, or even the longevity of your character. In other cases, it will be necessary for a character to make the 'Final Sacrifice' if a player wants to gain the 'Permadeath' achievement. Many of these are mutually exclusive, and depend on the choices a player may have made during character creation.

Losing importance, dying, or starvation may not be strictly beneficial to a character's progression, but these Achievements will at least serve as a consolation prize for characters suffering various setbacks.

Living outside a settlement, or going 'Inactive' from lack of play can also result in Achievements, as can sitting 'Idle' in the client for a full half hour. Even taking a break from the game results in reward, it's pretty much 'Win/Win' from the player standpoint. ^_^

Players who choose to spend hard earned (or easily purchased) platinum in the form of 'Construction Scrolls' can also gain a special achievement to recognize their contribution to the game, whether it's through dedicated play or via the beneficial application of a credit card. 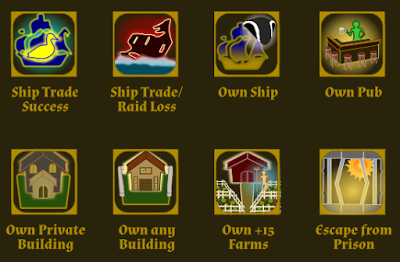 Since Real Estate and Transportation play such an enormous role in the development of Settlements in Brunelleschi, we've devoted a bit of extra space to the implementation of Achievements relating to those features. Buying a building, expanding to a farm empire, and endeavoring to conquer the high seas can all offer unique bonuses to the bold adventurer or enterprising merchant.

With so many types of equipment to choose from, we had to be reasonable and only select our favorite Accessories for this 'First Edition' release of the Brunelleschi Webgame. Each of the major Classes can acquire one of these, and 'Hybrid' heroes will have no trouble attaining 2, but no single character will ever be sufficient to acquire all these Achievements. 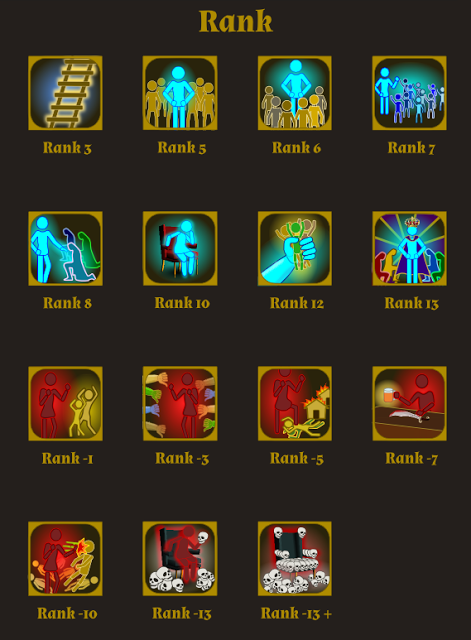 Rank is another serious element in Brunelleschi, so we spent some time making Achievements that reflect the two major paths for Lords and Heroes seeking to make their mark on the world. 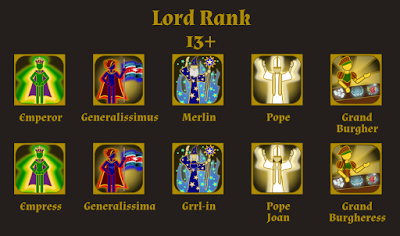 Characters ascending to the game's ultimate heights can obtain some very unique Achivements, which will distinguish them from the game's less dedicated players. These Ranks are almost impossible to reach, but we have great faith in gamers' ability to defeat incredible odds and overcome any challenge. 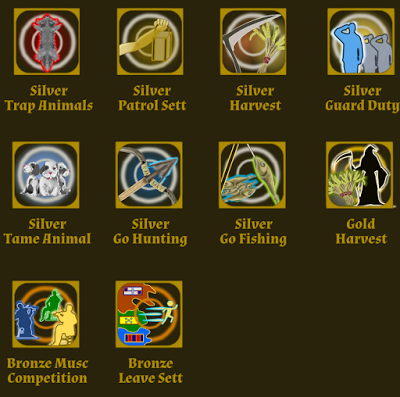 Skills are a large aspect of Character Development so we've included them in our overall sweep of the game's features. Achievements for all of the game's Skills would be a daunting task to complete by October, so in the interim we've represented a certain number of lower-level options, in the hopes that we'll be able to 'keep ahead' of players as they advance. 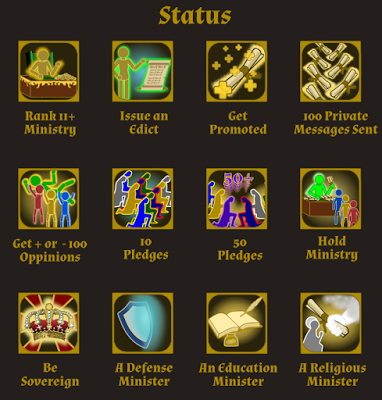 Socio-Political and Economic Stats play a fairly significant role in the game as well, so we've been sure to provide some Achievements that reflect these gameplay choices. Being Sovereign, or holding a particular type of role in your society, can provide distinction to your Account, on our server and Steam. 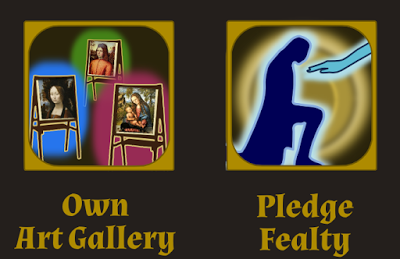 The Type of characters you play, how you play them, and what you manage to attain in the game are all represented. There are a huge collection of Achievements to help track the progress of characters' over your entire span of gameplay, and we hope that the diversity will encourage Players to make new Characters and explore the various parts of the game. 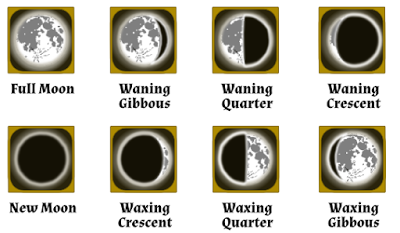 Choices in character creation also become achievements, and any time a Character logs in via the Steam Client these are automatically transferred to that account.

It takes a minimum of 12 Characters to get all the achievements, but as we add a few for Religion, Culture, and Knacks there will be even more permutations to consider. Creating a character is free, so it's just a matter of interest and dedication to obtain everything at this level. 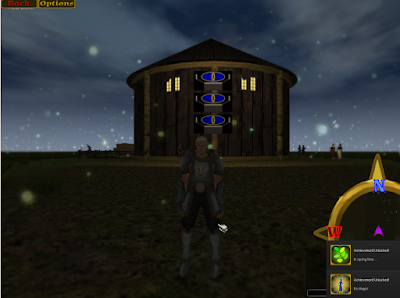 All of the Steam Integration has been quite easy. We're happy to be working with their SDK and look forward to having Brunelleschi on their store! The Greenlight process was enjoyable and this above all was our hope from joining the Steam Community; full access to the SDK for the purposes of integrating our achievement system with their own. 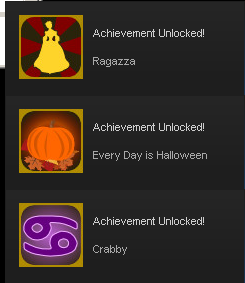 Some more achievements. We've made a large array, it's really quite fun.

To say that we've been having a good time with these would be a massive understatement. This is a great way to add flavor to the game, and icons created for this process can always be repurposed to other tasks in the Web Client as well. We're happy to have this opportunity to expand our game, and want to thank everyone who voted for us at Greenlight.BruneGame.com, without your help we wouldn't have had this toolkit at a critical time! 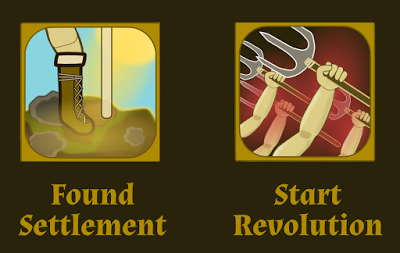 Most of the major Activities in the game have been 'Cheevo'd', we really hope that these serve as a way for players to demonstrate the diversity of the game's features via their profiles. We'll be adding these to the 'Google Play' client as time permits as well, to provide as broad of possible reach for Marketing and Advertising purposes. 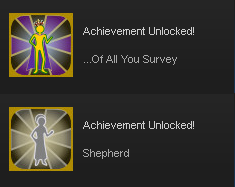 There really are too many to mention, and some are even 'Intentionally Undocumented' aka 'Secrets' left for players to discover over time on their own. I don't want to spoil it, so I'll only leave you with one more image relating to our recent push. 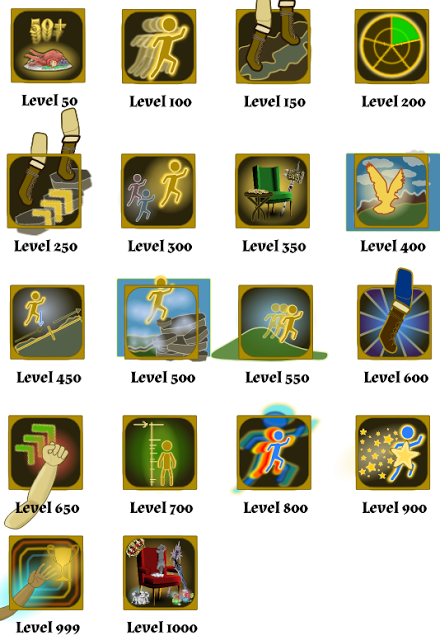 This is an early draft of the 'Level Based' Achievements, which are possibly the most linear aspect of the game. I can promise that nobody will be getting that last one for quite some time, and hope you'll join us in the next few months as we push BruneGame,com to Feature Completion! Thanks for reading, if you enjoy our project we'd greatly appreciate a 'Share' on the social media or link aggregation site of your choice!