A post discussing the BioStation, and the ways that the player will be encouraged to imagine the game universe.

This post is to provide a little background on the eponymous "BioStation".

The BioStation is an ancient planet sized construction in space that surrounds a small planetoid. It's exact function, at least at first, seems quite mysterious. The whole thing is populated with all sorts of odd creatures and robots, which the player discovers as they explore. They will also discover that there are some enemies and traps on the station that need to be overcome. 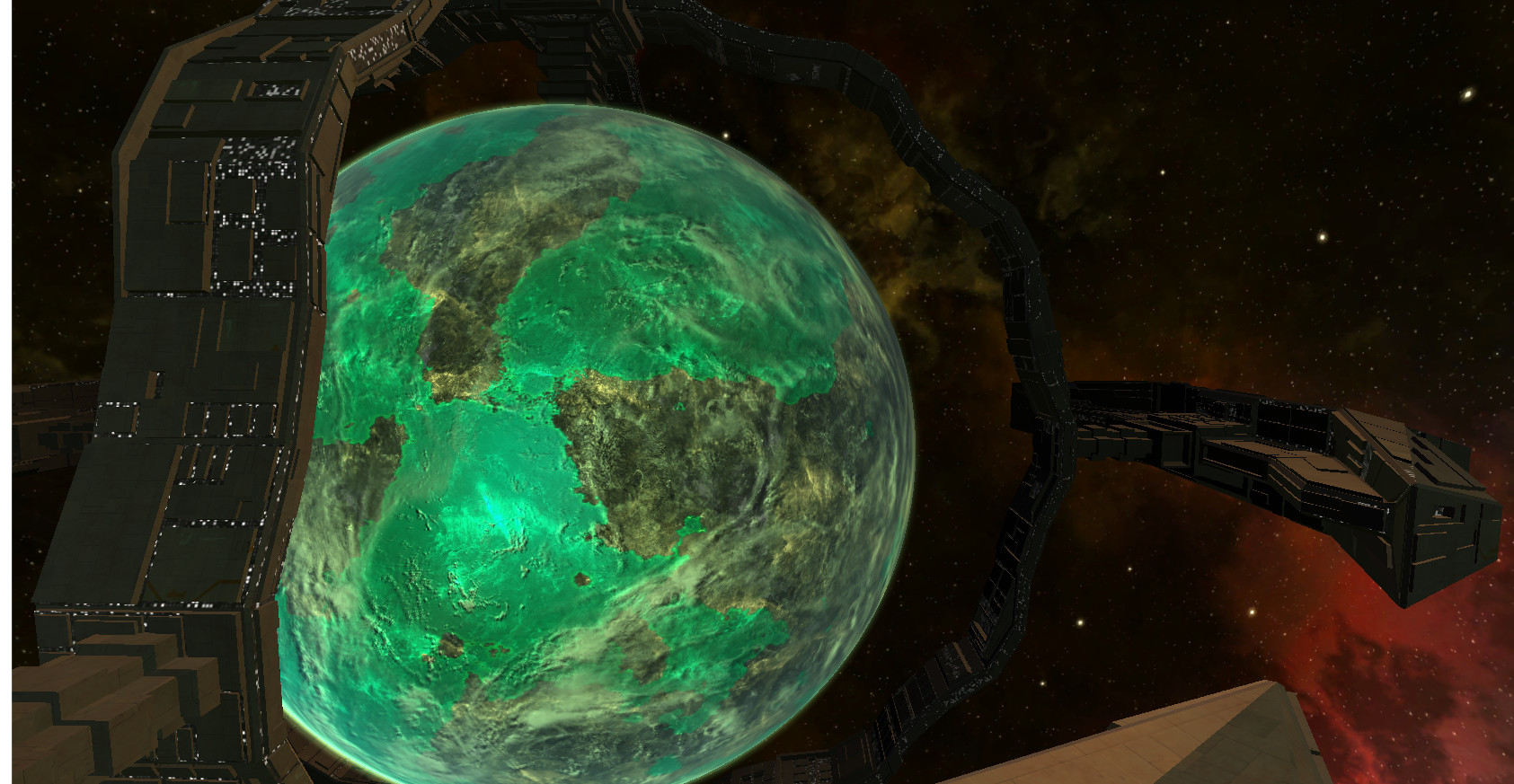 Escape From BioStation will be quite a linear game, so it wont be true exploration like you might get in a sandbox style game like knights of the old republic or Mass Effect. As such there wont be enough time to see all of it. Nor will there be a full catalogue of what the station contains. This will hopefully encourage the player to imagine what might be there and increase their immersion and engagement in the various environments that they will have access to.

It is also for this reason that the exact history of the station, as with much of the surrounding universe in which the story takes place will, for the time being, largely be left up to the imagination of the player.

That being said it is not an excuse to simply not bother with these kinds of details. there will of course be a full story and a plethora of quirky characters and environments. Similarly there are a number of hints and references to what is / has been going on in the wider universe.

The game trailer hopefully gives something of a sense of this sense that there is something odd just round the corner:

Essentially the idea is to avoid spoon feeding all of the background to the player in its entirety, and instead provide the feeling that they are in a vast city sized orbital station that contains endless possibilities and exploration. This was largely inspired by the (also eponymous) "Red Dwarf" where you were given the impression that the few inhabitants had this massive, city sized ship at their disposal, and if they explored it for long enough they would come across some kind of adventure. The only difference there being that Lister was usually too lazy to bother to go around any of it.

Hopefully all of this should create a more immersive environment that engages the player.