First post describing Feast for the Senses: an orthographic maze crawler/shooter where you play as Réiltín, a fairy woman who is out to find her lost friend. The game features a variety of firearms as weapons and two gameplay modes: "Arena" and "Story".

This will be my first post for my latest project: Feast for the Senses. This project started as an experiment in real-time light and shadow for 2D orthographic-perspective games. After working on it since the beginning of this year, it has since become two projects in one: the lighting engine itself and the game. 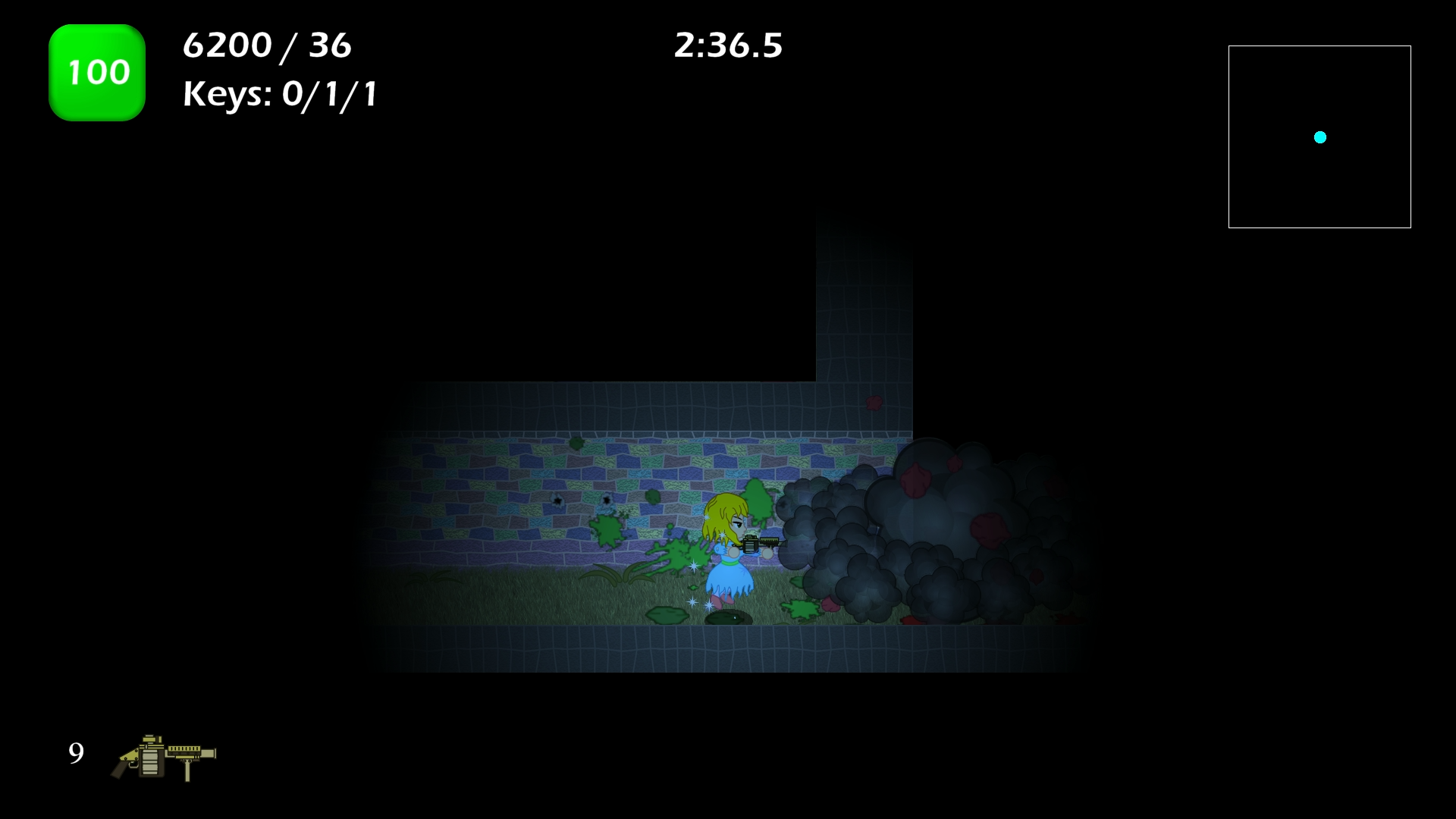 Feast for the Senses is an orthographic maze crawler/shooter where you play as Réiltín, an eccentric-now-hardened fairy woman who is out to find her lost friend. They were separated after a sudden and violent invasion of deadly and belligerent monsters, and a dark cloud that has turned the land of the fairies from a cheerful, colourful world into a somber land of shadows.

Réiltín is equipped with her personal arsenal of firearms: a pistol, a submachine gun, a shotgun, and a grenade launcher. She also uses a star wand as a melee/emergency weapon.

My current plan is to have two gameplay modes for Feast for the Senses. The first is the "Arena", where players are given a set time limit to hunt as many monsters as possible. Below is a video showing this mode currently in development:

The second is "Story", which will follow the plot described above. I don't have a current video showing off this mode, but the videos and screenshots I've posted here and on Twitter in the past showed earlier versions of it. "Story" mode will contain different mission types, ranging from navigating labyrinths to find a way out to holding ground and protecting a target.