A much needed update for the community about why we are quiet and why the game hasn't been released yet. 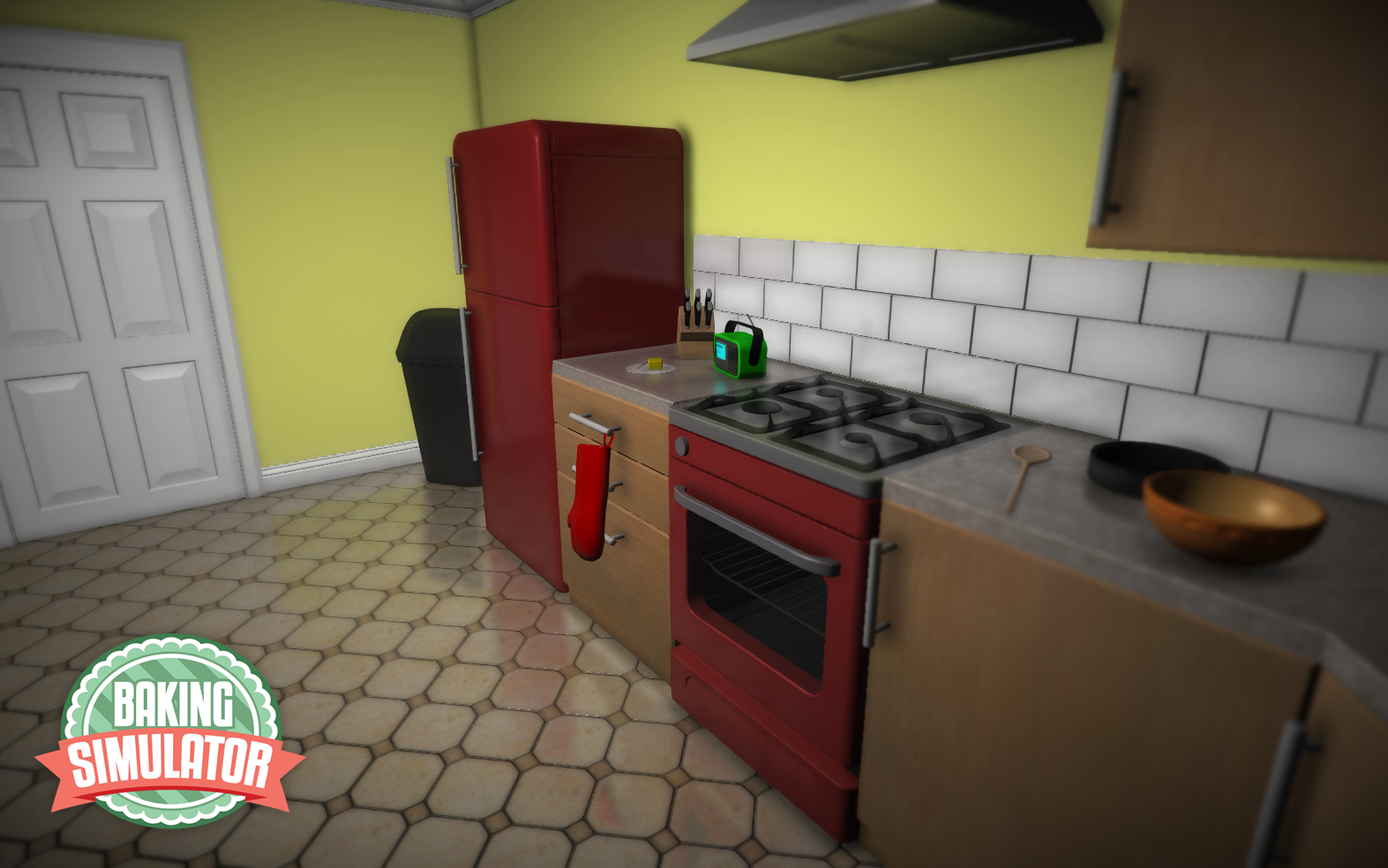 Thank you to everyone. Not only for the kind words, the most hilarious YouTube videos and general awesomeness you guys have given, but also for Greenlighting Baking Simulator. I know it has been many months since we have been greenlit and apologies for not thanking you all sooner. So once again, thank you.

Why we haven't had news sooner

This basically comes down to one thing, not having a PR person. I (Sam) am a programmer, I like to think I'm good at that and enjoy it more than anything else in the world. However my public speaking and blogging is terrible (as you can tell from this update) and it is often the last thing on my mind after spending a full day at work followed by an evening working on Baking Simulator. Really I should try and find someone to give out a weekly (or at least monthly) update to you guys, as progress is being made on the games. That being said the first half of this year has been less than ideal for me and Ross (super amazing guy doing the art) meaning progress was slowed and I never felt like I had something worth showing to you amazing people.

As I said progress in the first half of the year were slowed due to personal issues and my real job taking up a lot of my time and energy (I work for a AAA games company and we released our latest game a month ago, so up until that was released I was working all hours, leaving little time for Baking Simulator).

That being said the following has been done or is in progress for the game:

As mentioned the game has basically been re-written from scratch, meaning we can target features we have thought about after the original version of the game.

Currently one recipe (the classic sponge cake) is setup and working, allowing you to bake a full cake and actually get a cake at the end of it! Other recipes are also coming along nicely and should be working in the next coming weeks.

To finish off I'd like to repeat the start. Thank you.

This project is being undertaken by two people who have a full time jobs to take care of, meaning this project is being made all in our free time. I'm not trying to make excuses for the lack of public information about this game, I just want people to understand both me and Ross are having fun with this project but also want to release something we are both proud to put our name against.

There are too many games out there which have great ideas and are really fun, but are just missing the polish all games should try to acquire.