We take the lid off the game with the first look at the alpha. Open beta is just around the corner... as in next week! 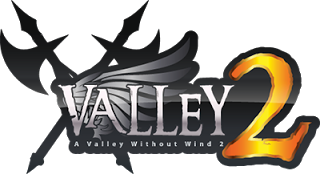 Up until now, I've been guarded about showing media relating to A Valley Without Wind 2, and with good reason, I think. These things take time to do right, and we're now hitting the point where we're really proud to start sharing this with a wider audience.

First off, here's the new video -- it's more or less a Let's Play where I walk you around through a bit of the early game. Apologies for the sound of the game kind of drowning out my explanations in a few parts there.


And screenshots (you can click them to enlarge them):

Heavy Cat Studios, who has been contracted to do the art for this game, has really been doing a superb job, eh? Bear in mind that some of this isn't final yet, and there's still more to come. All in all the art for this game involved over 3,500 individual pieces of art (including animation frames in that number), and that's an enormous order that they've been turning around in a really stellar amount of time.

Did Someone Say Private Alpha?
I did, indeed. The first batch of players has the game now, and we'll be doing more batches over the next few days. We only get to collect each person's first impression once, and having a strong start to the game (with it being easy to pick up) is important to us. So we're doing alpha in multiple groups in order to make sure we make the best use of the first impressions available to us at this early stage.

What About Public Beta?
We're expecting to hit public beta early next week, probably Monday or Tuesday. We still have a lot of art to add and monsters and characters to add before we hit 1.0 in January, but the game is imminently playable at the moment and quite a bit of fun.

As soon as we're certain we've got the initial experience down the way we want based on player feedback, and have a few more coats of polish here and there, we'll be all set for beta.

So What, In A Nutshell, Is Different From A Valley Without Wind 1?
Well, the art is obviously very much better -- that's an easy one. But pretty much the entirety of the gameplay has been revamped, too. The original game had drifted a lot toward the MMO genre in its design, and we've reigned that back in and are planted solidly back in Metroidvania territory where we had always intended to be.

Even within the genre of Metroidvania, we're doing some really interesting and unique things, though. Combat is more visceral and tactile this time around. Spells have mass and can block each other, and the way enemies are designed and placed has been re-thought from the ground up. Combat has been slowed down to some extent, but also made far more intense.

The "mage classes" give defined loadouts that are still way more flexible than your average Metroidvania title. And the feats and perks give interesting customization. While our interpretation of equipment gives a mild taste of random loot drops, though that's not a major focus here; if you're expecting a Diablo or a Torchlight experience, you're going to be sorely disappointed with that aspect. But it's really cool and unique for the Metroidvania genre.

With AVWW1 we first tried having a strategy game and a citybuilding game as part of it. Then we cut the strategy and just focused on the citybuilding. Then we revised the citybuilding bits several times. It never really accomplished what we wanted, although each iteration was interesting in its own right.

Here there is a very defined strategy game that is extremely tightly coupled into the main Metroidvania gameplay -- you literally can't progress in either mode of play without playing them both, and you'll find yourself flipping back and forth between modes every few minutes, keeping either one from getting monotonous. I'm extremely excited about how this is turning out on the strategic side.

The other thing is that with the first game there wasn't much of a story to speak of -- lots of backstory, sure, but not much going on with your specific characters. Since there was permadeath, you had just a run of bunches of Generic Character #5s that you'd never get that attached to. Here you play as one character the whole time, and there's a lot more dialogue and interactions with both your rebel allies and your evil foes. The overlord isn't some abstract presence that is "oppressing people" in ways unseen -- he's actively out there in the world oppressing you at every turn. No NPCs are going to have to tell you that guy has it coming. ;)

And lastly, the design has really been tightened. Gone is the crafting, the permadeath, the missions that you go on (NPC dispatch missions are still here), the worlds of infinite size, and a host of other extraneous things that were getting in the way of the core experience. That sounds like we've stripped a lot out, and that's true -- but what we've built instead is something more focused, and something that is actually quite a bit larger than the first game in its own way. Rather than going for breadth of features, we went for depth, and that shows all throughout the design, I hope.

In a nutshell, I'd have to say that Valley 2 is the game we originally set out to make when we made AVWW1. But we had to make AVWW1 first in order to gather enough research and do enough experimentation in order to make Valley 2 possible.

If you want to discuss it, the forum thread for this article is typically the best place.

Well this sounds interesting, looking forward to playing it. I do enjoy playing AVWW, but I don't really know why to be honest. I actually think the gamedesign wasn't done that well, but hey I can use spells and kill stuff so I guess that's enough to keep me playing ;) Hopefully AVWW2 will feel more 'solid'!